MAKING A DIFFERENCE IN SIERRA LEONE

This article describes how a small team of Rotarians have successfully completed a project which will make a huge difference to the lives of over 600 extremely deprived orphans in Sierra Leone.

In March 2006 a 19 strong team from District 1250 went to Sierra Leone in response to a challenge from Mercy Ships to help build a new wing at its specialist hospital clinic in Aberdeen, just to the west of Freetown. The hospital provided primary care for local residents and specialist surgical care, for women with major gynaecological problems, from a wide surrounding area, including some neighbouring countries. The team, comprised mainly of Rotarians but also of members of Inner Wheel and the wives of some team members, provided skilled carpentry, professional assistance in the operating theatre and occupational therapy for the patients, as well as undertaking general labouring tasks. Altogether 10 - 12 teams responded to the challenge from Mercy Ships and the new wing was formally opened 2 months after the team's visit. While in Sierra Leone the team met, quite by chance, two members of a small Dutch charity and were told about the extreme deprivation at an orphanage they were supporting. As the team was already on the look-out for an opportunity to help members of the community in the area, they subsequently visited the War Wounded Community Primary School and Orphanage, which is situated at Grafton, about 20 miles to the east of Freetown. There they found over 600 orphan children being educated and living in appalling conditions. The children's only food was a bowl of rice per day, and they were getting that only because it was being funded entirely by the Dutch charity. The team was already aware that the children didn't have a bowl, a spoon and a mug each and so they immediately donated over 600 of each plus two large cooking pots.

Members of the team were hugely impressed by how happy the children were despite the utter squalor in which they were being educated and living. They left the orphanage determined to make a huge difference to the children's lives by building new educational, residential and sanitary facilities, including a skills training centre to enable the children to learn a trade and thus become self sufficient in later life. The 6 classroom school had mud brick walls, a mud floor, a leaking roof and planks of wood for desks and benches. And yet the lesson on the blackboard in the room for 7 or 8 year olds concerned the importance of clean water and personal hygiene in the prevention of infectious disease - the major cause of childhood mortality in Africa. The children were quite clearly desperate to learn, and the team was already aware of the priority being given to education in Sierra Leone. Bearing in mind also the priority given to literacy by Rotary International the team decided that its first task should be to raise funds to build a new Primary School, but that as a temporary measure funds should be used to refurbish the existing school. By September 2006 the school had a new roof, a concrete floor, rendered walls and classroom furniture made by local people from local material.

By the autumn of 2007 the team had raised sufficient funds for two new school buildings and a latrine block, thanks to the generosity of Rotary Clubs, Inner Wheel Clubs, other organisations, friends and families, and thanks also to the team's own 200 mile sponsored walk from the Sierra Leone High Commission in London to Leeurwarden, the home of the aforementioned charity in the northern Netherlands. The team then became aware that a new Primary School had already been built by the Cotton Tree Foundation - a highly regarded Sierra Leonian Non-Governmental Organisation - with funding from a German charity as part of a wider programme of building new schools. Following detailed consultations in Sierra Leone with the Village Elders, the School Council and the relevant Government Ministries to establish what new facilities the local people needed, the team decided to commission the construction of a Junior Secondary School, a Skills Training Centre and new latrines. The Cotton Tree Foundation agreed to act as the team's partner/agent under the terms of a legal agreement which provided for staged payments to be made on the basis of regular photographic evidence of the work progressing, and of inspections by a member of the Rotary Club of Freetown. Work commenced in April 2008 and by December the construction had been completed.

Meanwhile the team had purchased a used ship's container and had filled it with over 13 tons of supplies for the new schools, including sets of school text books, sets of carpentry and plastering tools, stationery and about 40 sewing machines with the appropriate materials and cottons - all items which had been requested by the school authorities. The container was transported to Grafton in December, arriving two weeks later; it will remain on site as a secure storage facility. Letters from the heads of the new school and of the training centre indicated how much the supplies were appreciated.

Each year members of the Dutch charity visit the orphanage and their reports in 2009 and 2010 confirmed how much the new facilities are appreciated and what good use is being made of them. In February 2010 they reported that 500 students were registered at the Junior Secondary School, and that full use was being made of the Skills Training Centre where the curriculum included carpentry, bricklaying, tailoring and catering. A number of local adult residents were attending courses at the Centre. 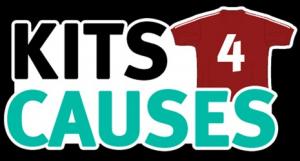 more Children from Hassocks Infant School will be filling around 90 bags for School in a Bag.

more Details of the support given by the Rotary Club of Burgess Hill and District to the Jeevan Jyoti Orphanage, Beripada

more Read about our Club's support for those affected by disasters such as earthquake, flood and famine.

more Collection of textiles by Phil the Bag