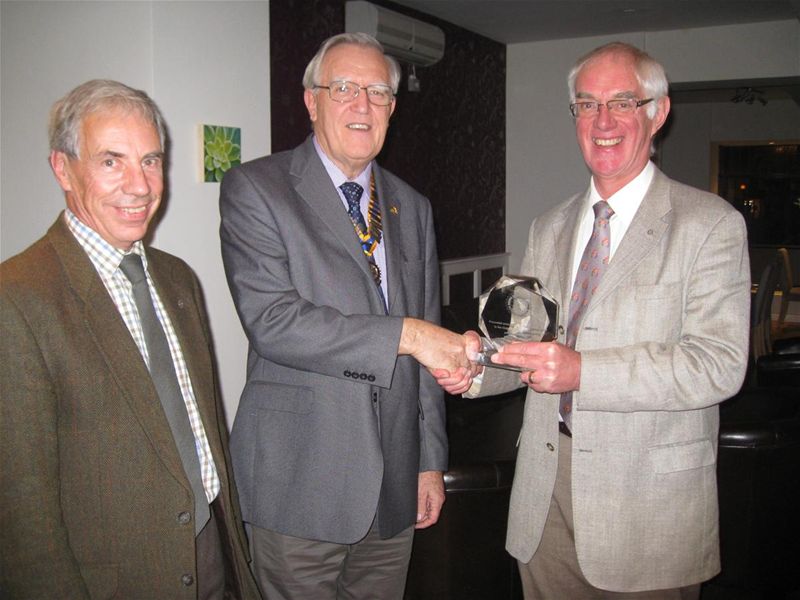 Wensleydale Rotary Club have received an award for the highest per member  contributions to The Rotary International Foundation Fund in the last year of the 80 Clubs within Rotary District 1040, covering North Yorkshire and other parts of Yorkshire..   The Foundation  supports many projects throughout the world in support of health, poverty, goodwill, economic development and peace and other initiatives, both  overseas and within the UK.  The projects funded include the Mwanza project in Tanzania for which the Club is currently receiving donations of unwanted tools,  and paid for computers, equipment  , and computer rooms for schools in Nepal which the Club President John Ogbourne took part in earlier this year..  The campaign to eradicate polio from the world is also a principal beneficiary of the Rotary Foundation Charity,  and has also made grants in 2010 and 2011 to the Club's 'School Bursaries' funding to schools in Wensleydale." 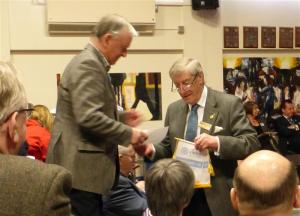 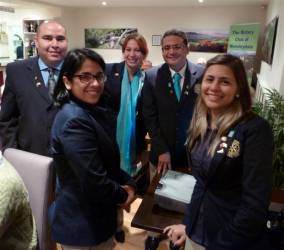 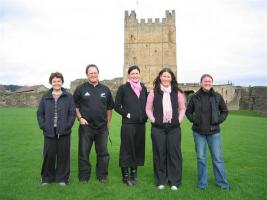 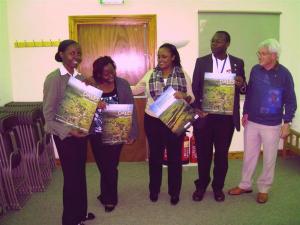 The Team gave a superb presentation at Wensley Village Hall 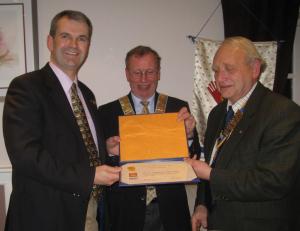 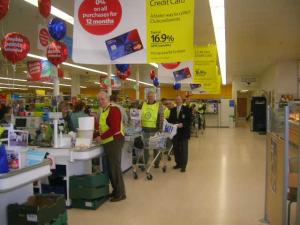 Richmond and Wensleydale clubs worked together to collect at Tescos for Polio Plus the Rotary International project to eradicate polio from the world. 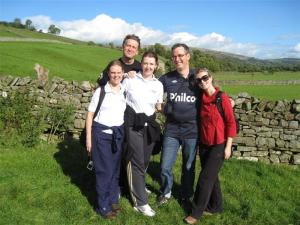 Members and Guests meeting at Penleys were very pleased to welcome the Group Study Exchange Team from District 4730 in Brazil.