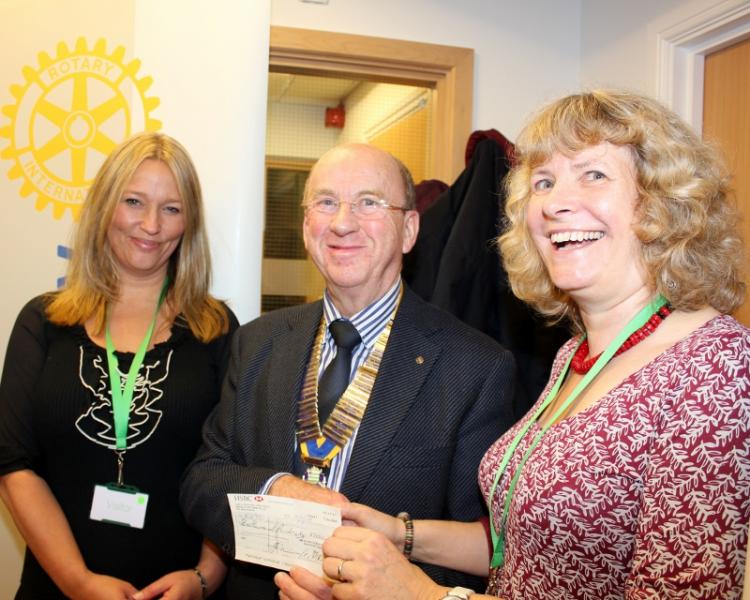 The NSPCC's Swindon Centre receives £3,000 thanks to Charity Golf Day

The NSPCC has received £3,000 as a result of the 2014 Charity Golf Day at Ogbourne Downs Golf Club.  Held annually for 21 years this event, organised jointly by the Rotary Clubs of Swindon North, Swindon Thamesdown and Swindon Old Town, has raised over 50,000 Pounds for local charities.

Held on Wednesday 14th May and sponsored by Bower Mapson it featured an 18-hole golf tournament, some mini competitions and a tombola. 23 teams of four paid £160 each to enter the tournament.  The mini competitions, boosting the fund-raising, included a nearest-to-the-pin, a straightest drive, a 5 Pound note draw, an Irish lottery and a Heads and Tails exercise.

On a beautiful spring afternoon the Golf Club Professional sounded a klaxon to start the competition.  After negotiating 5 miles of fairways, rough, bunkers, greens and other hazards, the clear winners were The Tavira Boys.

The day ended with a dinner prepared by the catering staff at the Golf Club and the prize-giving.  The Tavira Boys were presented with the David Maggs Memorial Shield and the first team prize by the Swindon North Rotary Club President, Lynn Withey.

Prizes were also awarded to the teams placed 2nd and 3rd and the competition prizes were won by Simon Day (most accurate drive on the 1st hole) and Dean Woods (nearest the pin on the 17th hole).

Caroline Morgan was on hand representing the NSPCC and she thanked everyone for taking part.

Click here for details of the 2015 Charity Golf Day 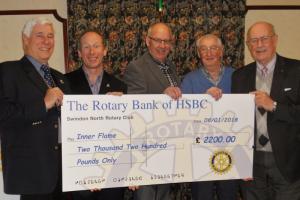 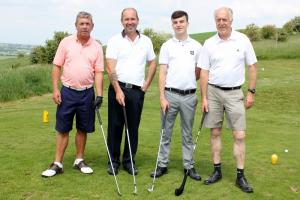 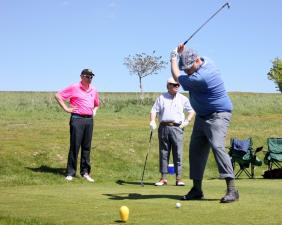 more The NSPCC will receive in excess of £2,500 as a result of the 2015 Charity Golf Day held at Ogbourne Downs Golf Club.

back The winning team P.G.Events presented with the David Maggs Memorial Trophy to hold for one year by Swindon North Rotary President Mike Helyer