Information on our international projects. This committee is combined with Foundation for 2020-2021 and is chaired by Bryan and Pearl Powell 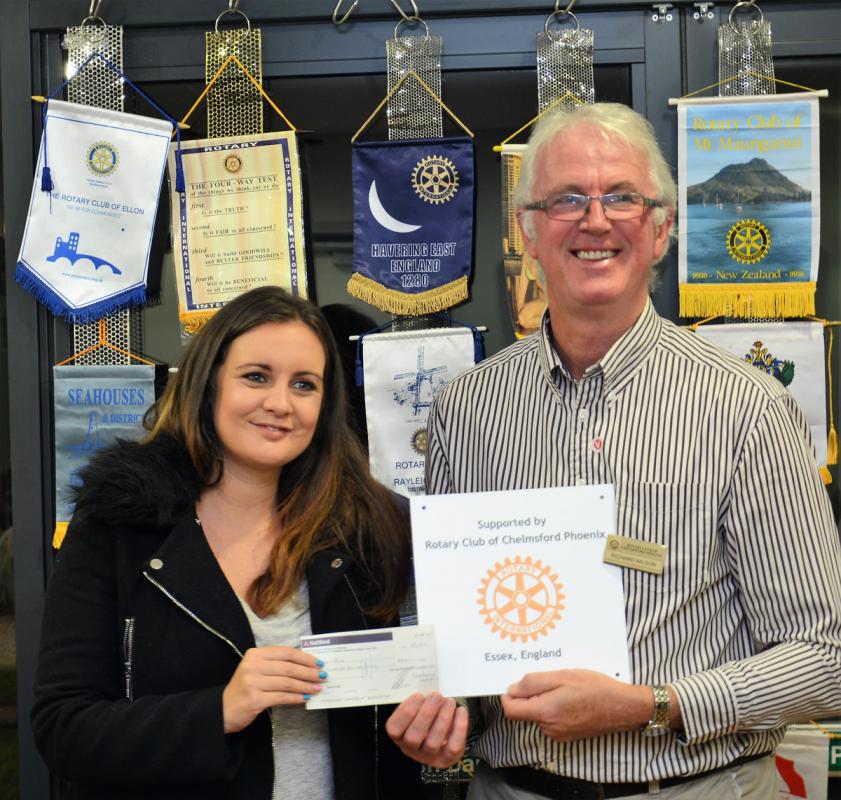 The club recently suported Porridge and Pens in helping to provide a well at Brightlingsea School. Richard hands over a cheque and a plaque will be attached to the well.

Porridge and Pens is charity aiming to help end the plight of suffering, with a particular focus on relieving poverty and hardship for children in Ghana.

Porridge and Pens was  set up by three sisters who grew up in coastal town of Brightlingsea. They have two aims: To send the poorest of children in Ghana to school where they will receive two daily meals to prevent starvation.

Porridge and Pens provides seventy children from poor backgrounds with a space at the Brightlingsea Free School, Mampongteng, Kumasi, Ghana. Children receive a nutritional breakfast and lunch at school, sadly its the only food children will eat all day. 90% of the children who attend our school are underweight.

They also have a small nursery at their school to help vulnerable families who are desperate to work to put food on the table for their family. Porridge and Pens offers a nursery place to the most needy families and works with them to end the cycle of poverty.

More information can be found here

Each box supplies an extended family with a tent and lifesaving equipment to use while they are displaced or homeless. The contents are tailored depending on the nature and location of the disaster, with great care taken sourcing every item to ensure it is robust enough to be of lasting value. The club has sponsored a further Shelterbox which is currently in store awaiting distribution. Our unique number is UK0069077 and the whereabouts of the box can be tracked at www.shelterbox.org

World Water Works is dedicated to helping people escape the stranglehold of disease and poverty caused by disasters which destroy their homes and possessions and leave them without safe water and sanitation.

More information can be found here.

There is a truth universally acknowledged that small actions in support of basic human rights, can often lead to real progress and even greater progress can be achieved when individuals combine to take small actions collectively.

When Rosa Parks, a black seamstress refused to cooperate with a US segregation law in 1955 or when Antionette Sithole and a group of teenagers gathered in protest on the streets of Soweto, a sprawling black ghetto near Johannesburg, South Africa, in June 1976, they had no idea they would be the catalyst which changed people's minds. Collective global action changed things in South Africa over 30 years ago. Anti-apartheid groups around the world kept up the pressure that hastened its downfall. They worked to keep the abuses of the apartheid system in the public eye; they mounted campaigns to bring financial pressure on the apartheid regime and they supported local groups in South Africa with legal aid and money.

The joint global action between law enforcement officers and church leaders, stimulated by Pope Francis, is going to have the same positive impact against the human traffickers and slave masters as the campaigners against apartheid had in South Africa all those years ago.
To be invited to participate in the Santa Marta Conference (as RACSRAG's representative) alongside former RI President John Kenny and Judith Diment that dynamic RI representative of the Commonwealth of Nations, was a great privilege and an acknowledgement that our Action Group can also make a positive impact against the human traffickers and slave masters whose main aim in life is to trick, exploit and brutalize those who are vulnerable to satisfy their own greed.

The latest RAG newsletter is here 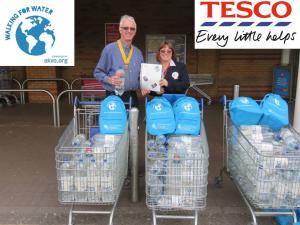 Richard collecting the last consignment of 150 x 2lt bottles of water donated by Tesco for our 'Walk 4 Water 2015'. Tesco have donated 270 x 2lts bottles for this years event on May 9th.

The club's first shelterbox is deployed in Pakistan helping the victims of recent flooding.