BY SEA AND BY ROAD TO THE ROYAL SOUTHAMPTON'S BASE ON THE BEAULIEU RIVER FOR PONTOON PARTY AND LUNCH IN THE CLUBHOUSE. 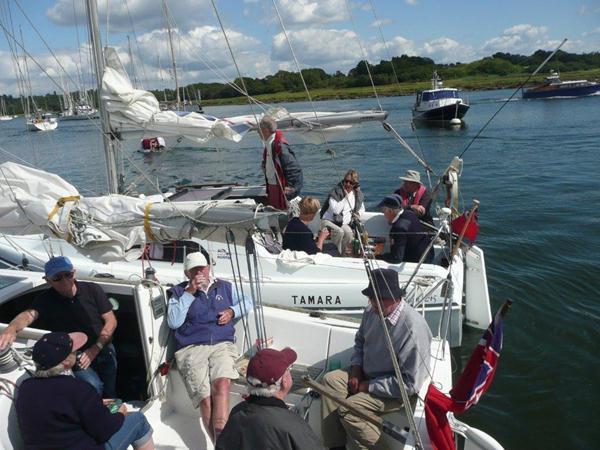 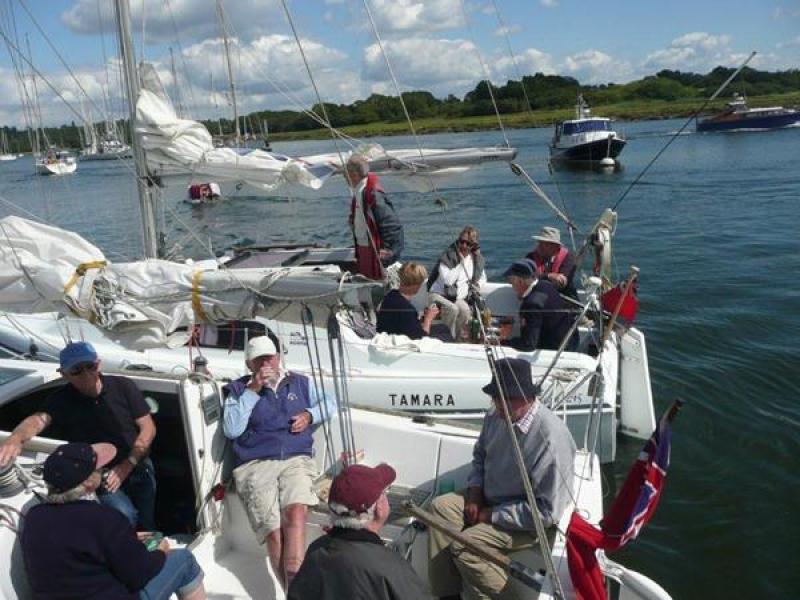 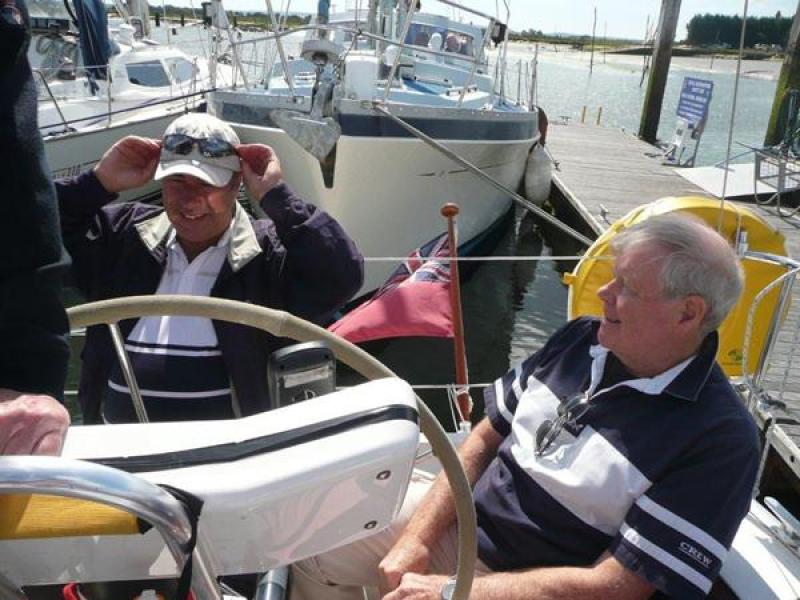 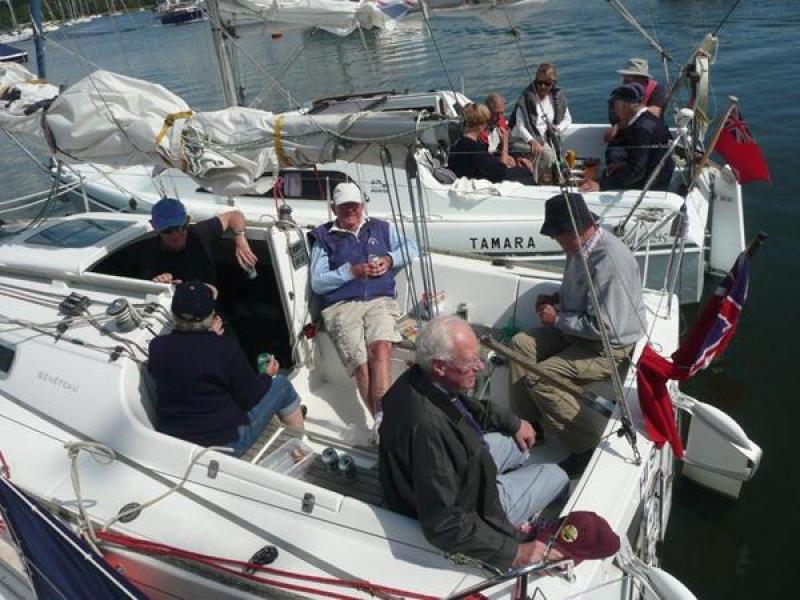 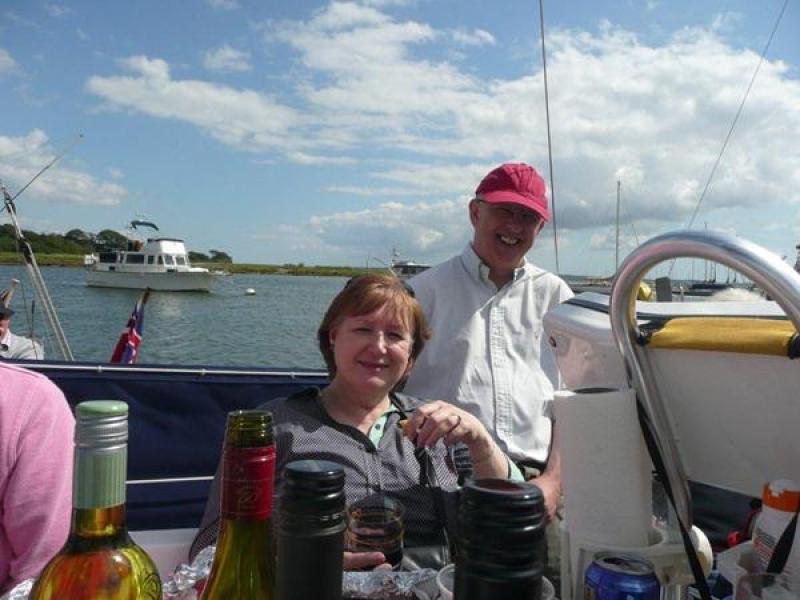 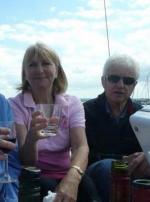 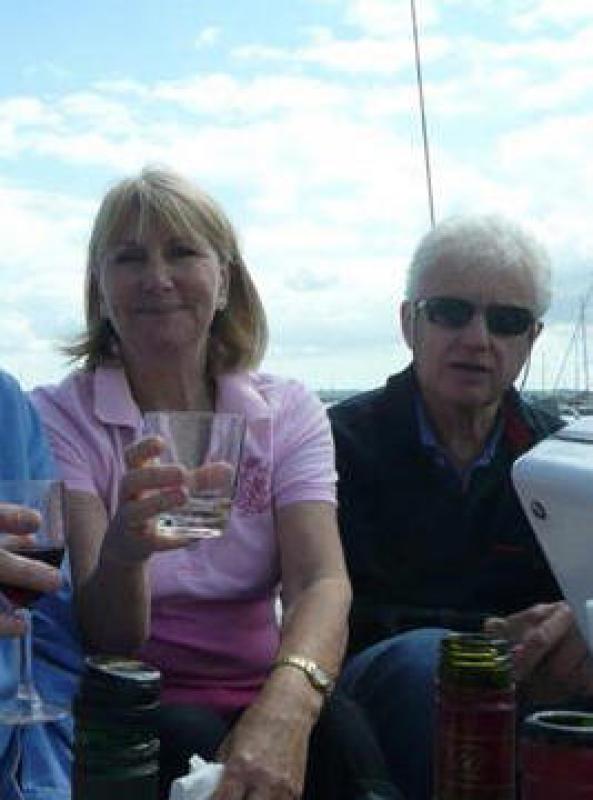 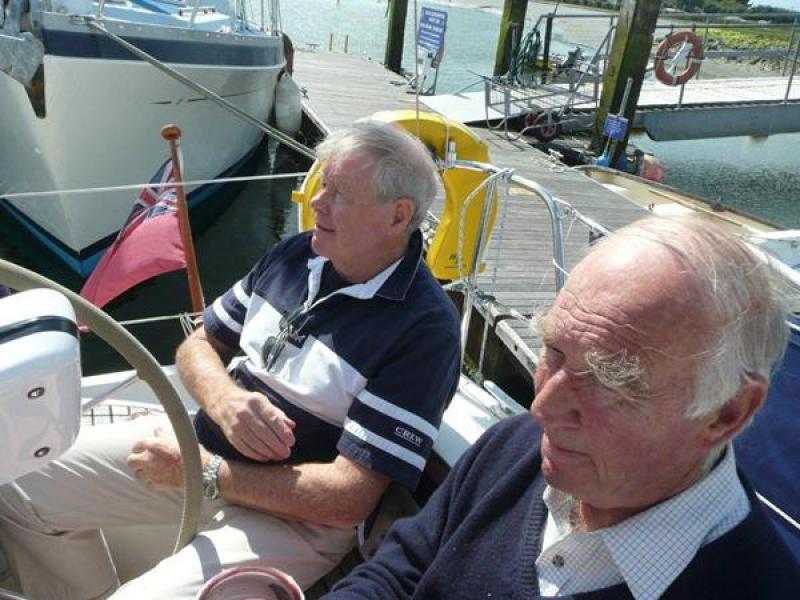 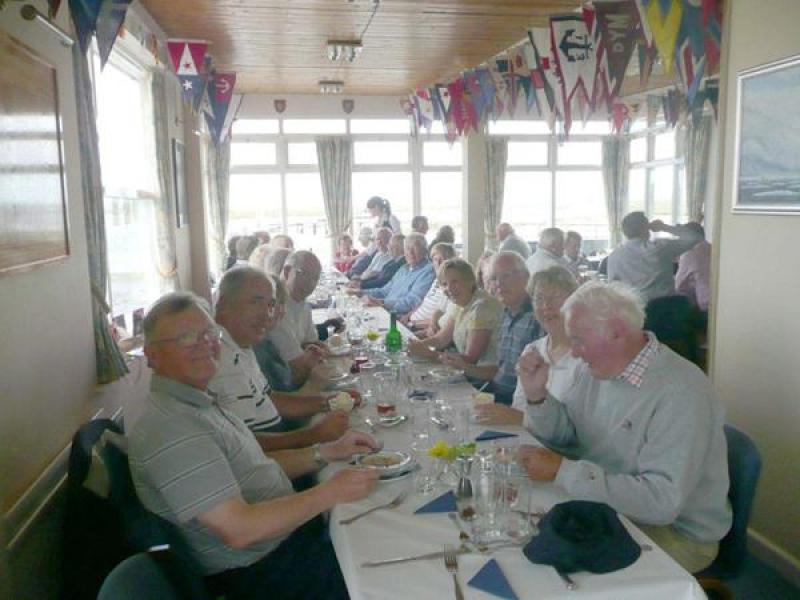 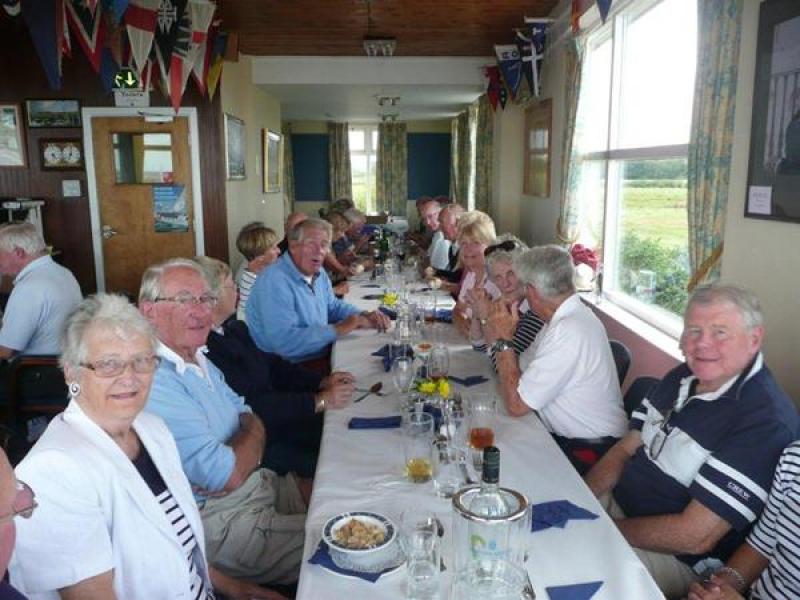 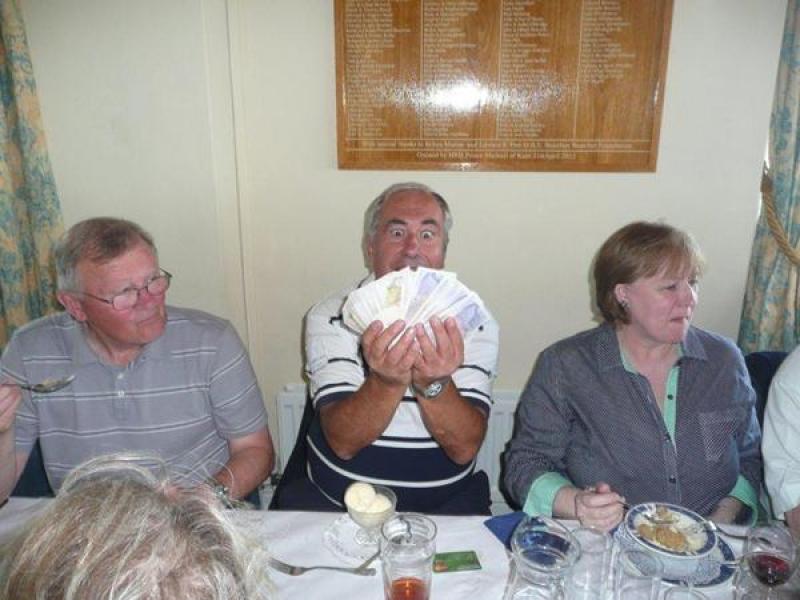 This was the day of our annual sailaway and a beautiful sunny day it was. It started breezy but not testing and the three boat loads enjoyed their voyages. Sadly there were no motor boats available this year and spaces on board were limited.  Ian Bennett's HIGH SPIRITS and  Charley Fay's TAMARA, both from Lymington and John Robinson with TOSARA from Hythe -  all came under sail to the Beaulieu River with a total of fifteen on board. We arrived in plenty of time and the shore party who had come by cars came down to the pontoon to join the boats. We consumed alcohol, what a surprise, and loads of snacks provided mainly by the shore party. Then on to the carvery lunch at The Royal Southampton Yacht Club base. Ken provided his usual magic act juggling the bill.

We all set off for home shortly after 3 pm and by then the wind has increased considerably, well above Met Office predictions. Tosara almost flew back to Hythe on the crest of the waves - with the tide and the wind pushing her along. It was a different story for the Lymington boats who had Force 4-6 winds blasting up the Solent toward them and the tide increasing against them as their journeys went on. Tamara with Charley Fay at the helm made slow and very bumpy progress back with the engine helping the sails all the way. "A horrible journey" said Charley.  High Spirits, a racer more than a cruiser, with five on board, covered the first few miles under heavily reefed sails and then resorted to the engine. This decided  to fail after a mile or so (later found to be weed sucked into the cooling water system).  Still some way from the entrance to the Lymington River it was back to sailing against wind and increased tide. Slow but steady progress was made until nearly on the berth when one of the giant Yarmouth ferries blocked the way. Hurried tacking avoided disaster and then to the amazement of the crew Ian Bennett managed to swing back across the river and, taking advantage of a slight lull in the wind, sailed perfectly onto his berth. Members of The Royal Lymington who were nearby actually applauded. John Bloomfield called it an example of skilled and courageous seamanship. Well done Ian and also well done Charley.

I have promised that any future sailaway will be arranged to give favourable tides to the Lymington boats.
John R