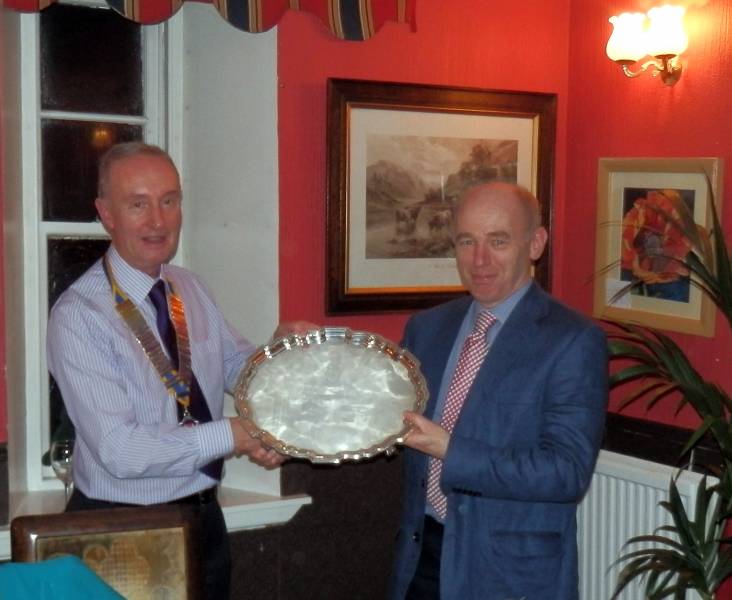 In the citation to Sandys involvement in the community for over 15 years, Past President of the club, Stuart Turnbull highlighted his long tenure as Treasurer of Dunbar Parish Church, his leadership in developing a full company of the Boys Brigade and his pivotal role in founding and running Dunbars First Responders. Stuart remarked Undoubtedly there are several local people who owe their lives to Sandy in his key voluntary role as a responder to emergency calls where his skills can make a difference in the first few minutes of a crisis before NHS paramedics arrive. I am privileged to recommend him to receive this years community award from Dunbar Rotary Club.

The presentation of the inscribed silver salver was made by club President Robin Hamilton.

Members and guests at the meeting, which was held at the Rocks in Dunbar, also enjoyed a Christmas address by Rev. Lawrence Twaddle and a brief film by Fraser Stewart made on the opening day of the clubs recent charity shop. The President thanked members for all of their hard work during 2012 and wished all those attending a Merry Christmas. 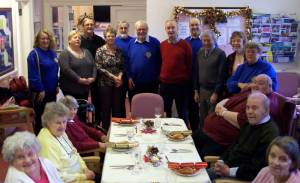 Christmas Day at the Day Centre

ROTARIAN OF THE YEAR