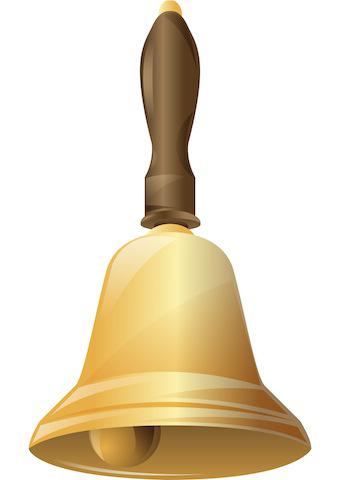 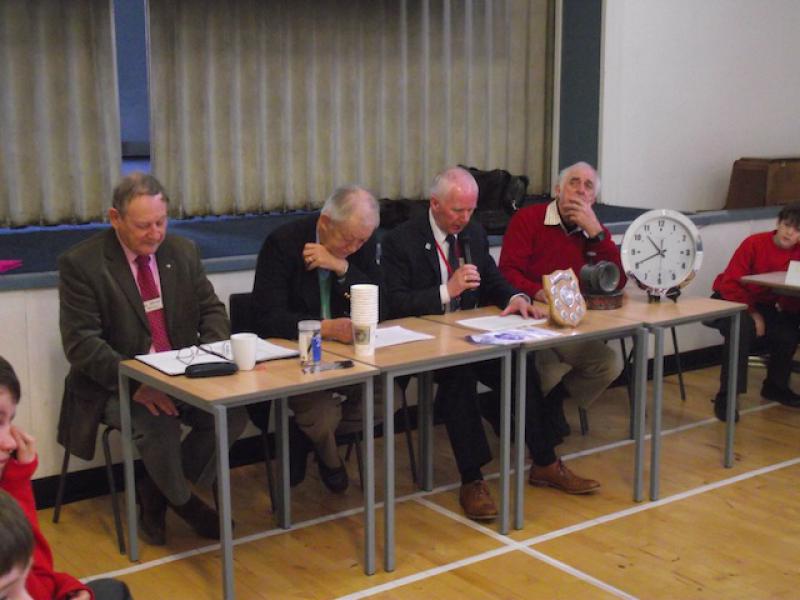 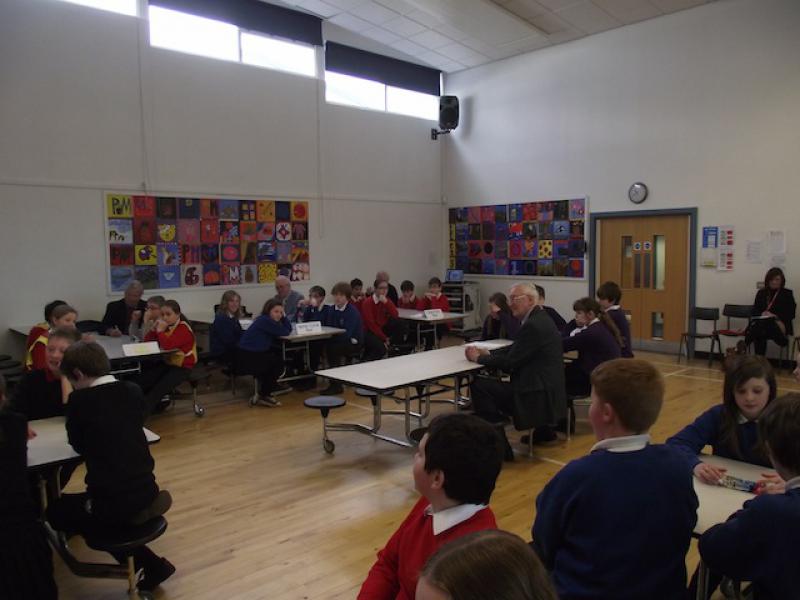 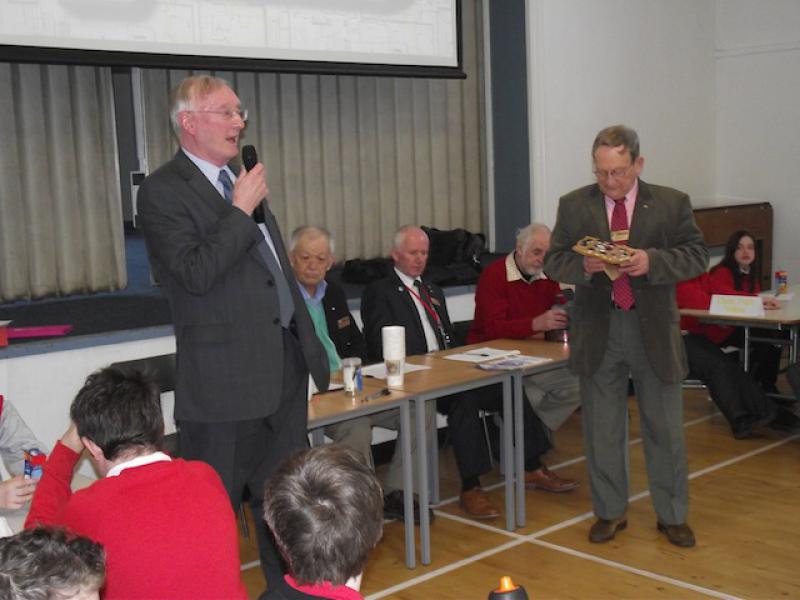 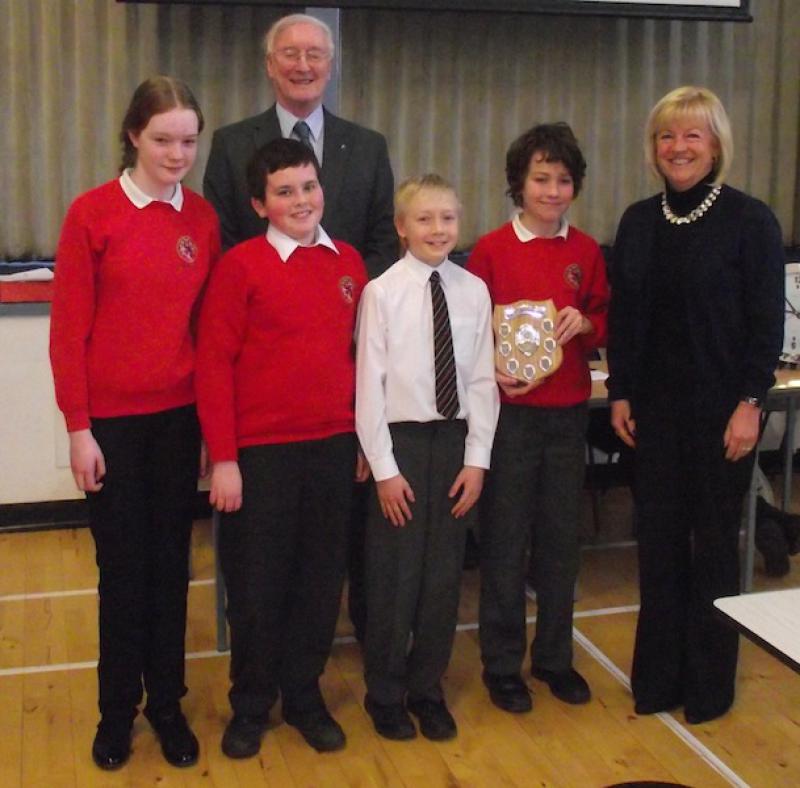 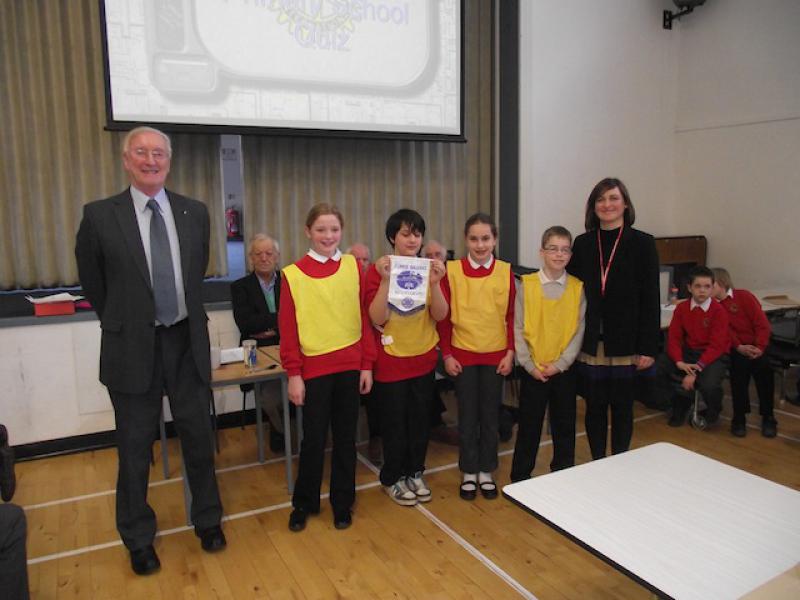 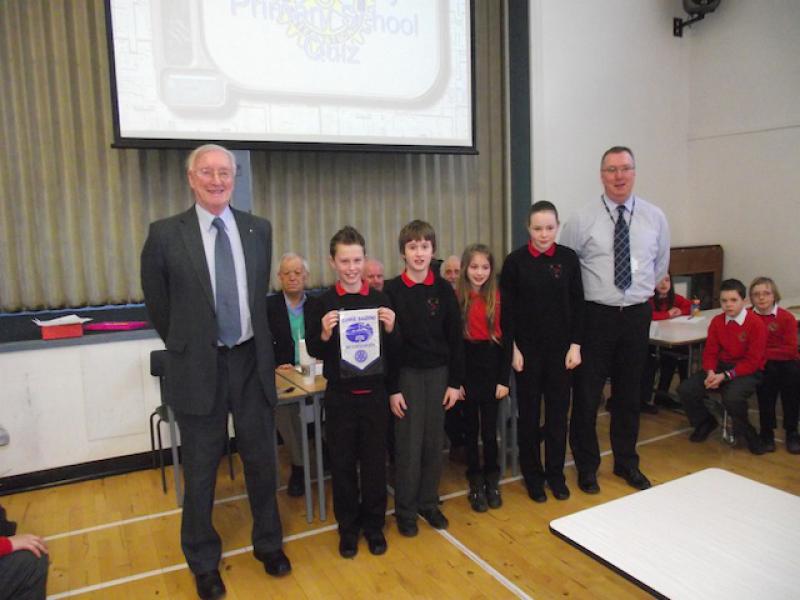 Each year from January to May our Rotary District runs a Primary Schools Quiz involving schools in the East and South West of Scotland. We at Currie Balerno Club have been taking part in this quiz competition for the last two years and four to six of our local primary schools have taken part.

The winners of our Club competition then go forward to the next round - in fact in 2012 our winners went all the way to the final and were just pushed into second place. You have to be there to see what a range of knowledge our young people have. There were quite a few questions that the Rotary 'umpires' could not answer!

Fourteen teams of four pupils each answered written questions, set by District, in eight rounds covering a wide range of topics. After a closely fought contest, the Red Team from Dean Park Primary in Balerno emerged the winners. The Juniper Green Red Team were second, and Ratho Yellow Team third.

In presenting the Club trophy to the winners, Club President Mike Rowe thanked all the schools taking part and all teachers and members who supported what was a very enjoyable event. He went on to say that all the children taking part were winners and their schools could be justly proud of their efforts.

The Dean Park Red Team will now go forward to the next set of heats in the Rotary International District 1020 competition as the Currie Balerno Rotary Club representatives.