Our annual Christmas Party at the Lyndhurst Park Hotel 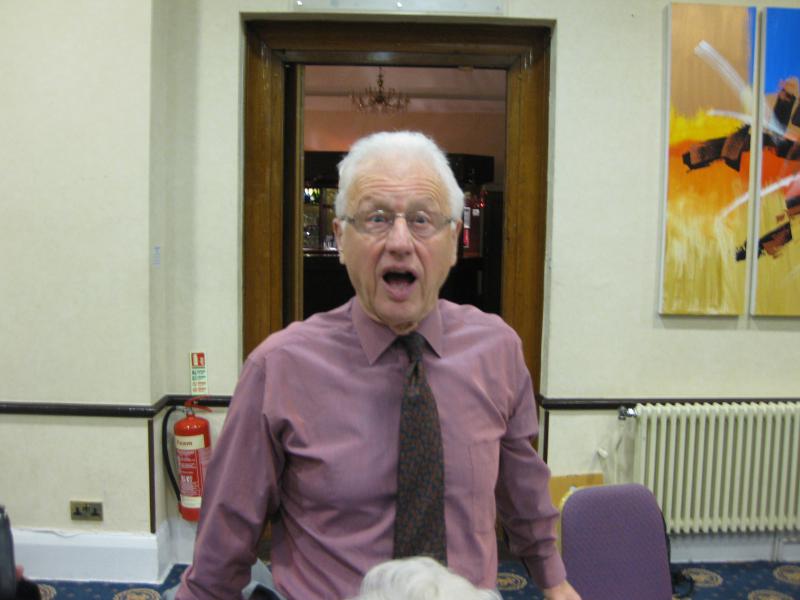 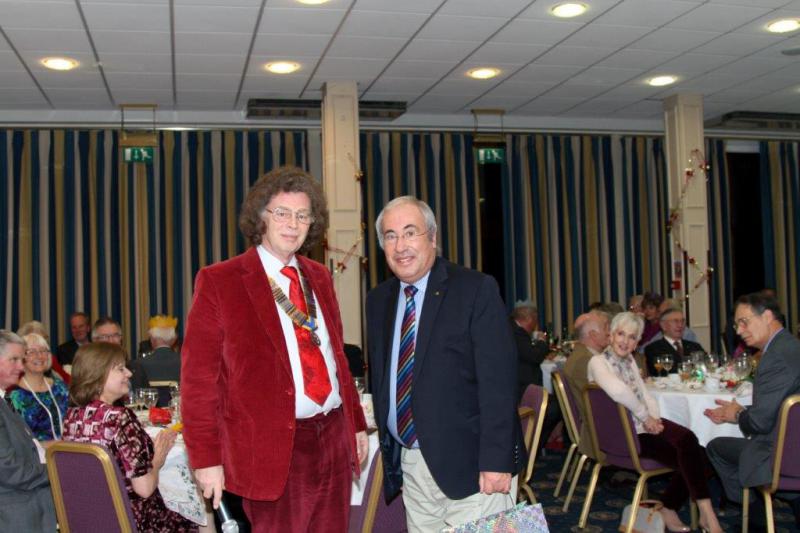 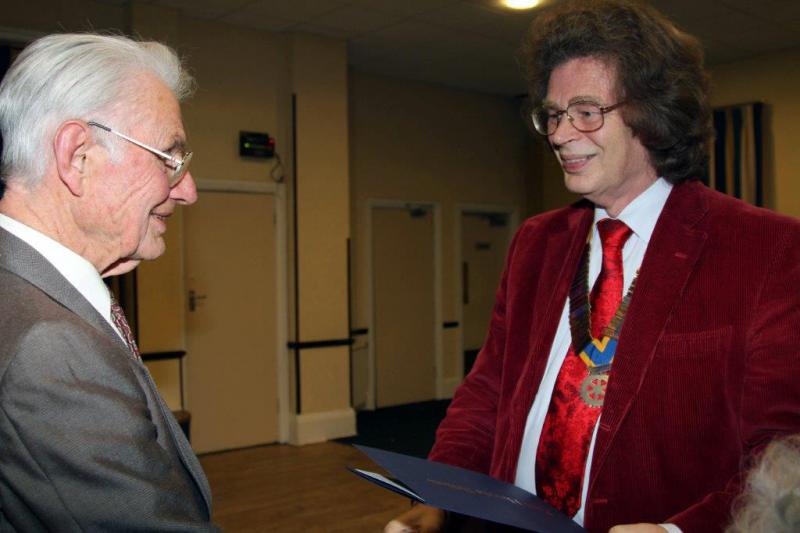 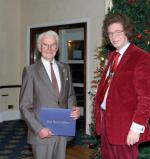 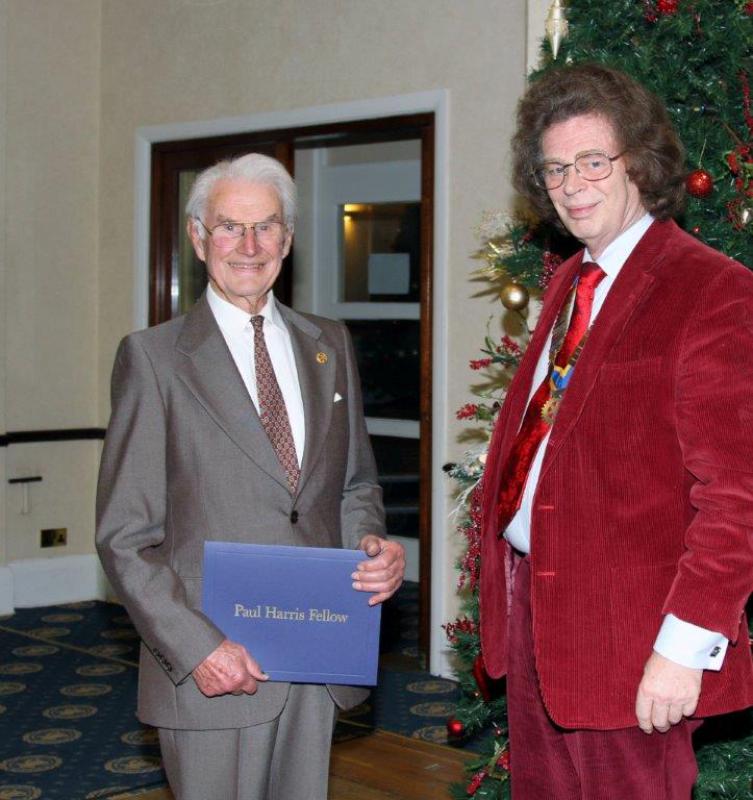 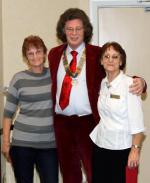 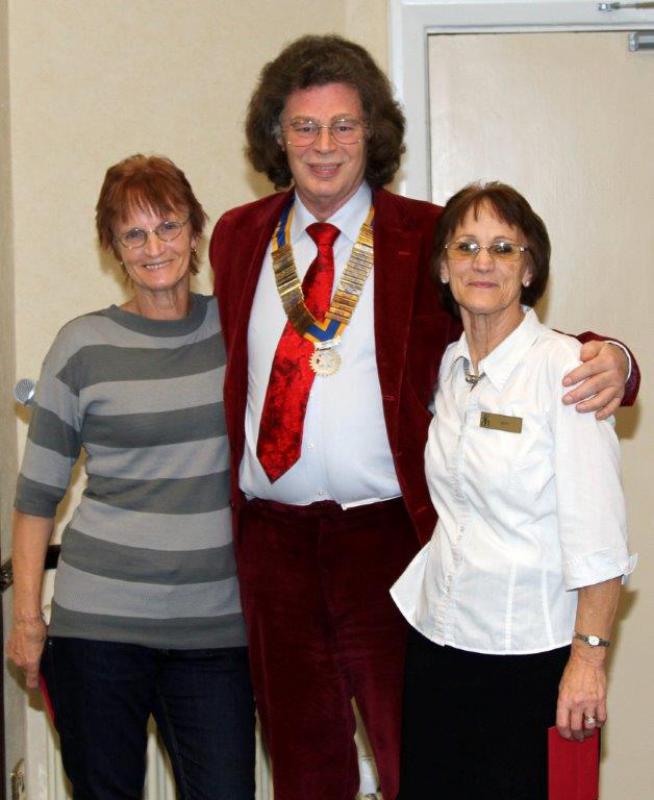 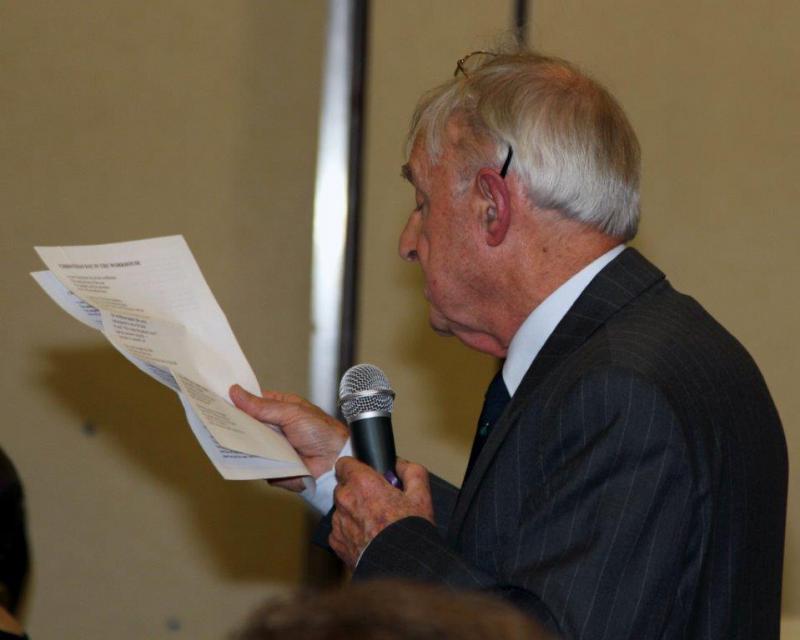 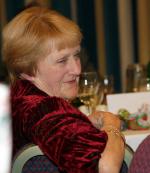 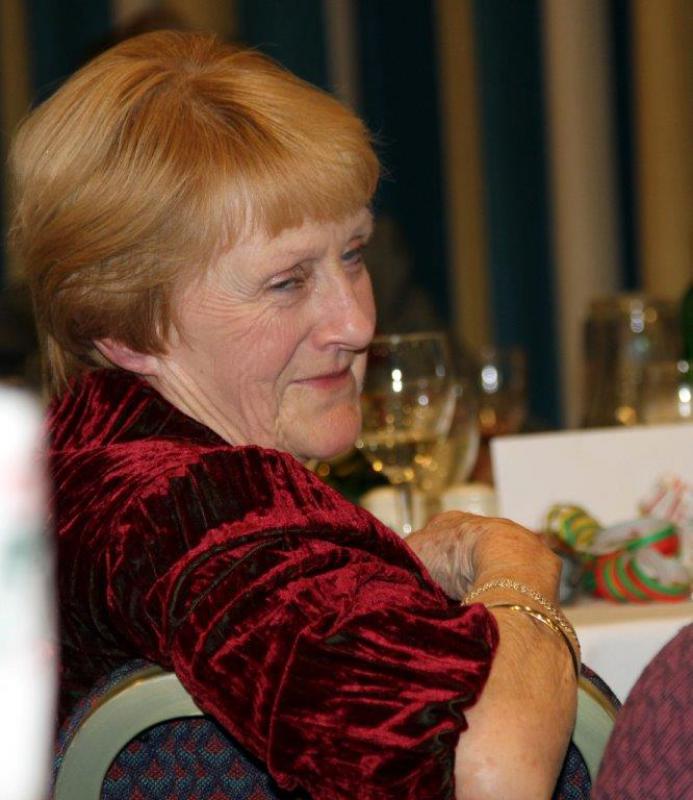 Our annual party was enjoyed by many members and guests on Monday 10 December. After the Christmas meal  President Edward made some presentations to hearty applause. He thanked Ken Ball for being a tremendous Club treasurer for the past 21 years and made a personal gift to him in a large silver bag (containing an undisclosed item). He then called Arthur Page forward and to resounding cheers announced that he had been awarded  a Paul Harris Fellowship. Arthur was clearly delighted - and surprised. Our faithful waitresses Sue and Anne were also given special envelopes (Sue had only arrived back from Gran Canaria a few hours before).

Sadly the entertainment had had to be cancelled earlier in the day when one of the booked duo fell ill. We socialised instead and John Thomson leapt into the breach with an gently ribald piece of verse. Mary sat there and, having no doubt heard it a few times before, had an expression of 'I'll speak to you later' on her face.

If you are wondering about the photo of the upended chairs etc - that when we all searched for the tickets which awarded Bridget's table decorations to the lucky winners.