29 Years of Practice Interviews for Students 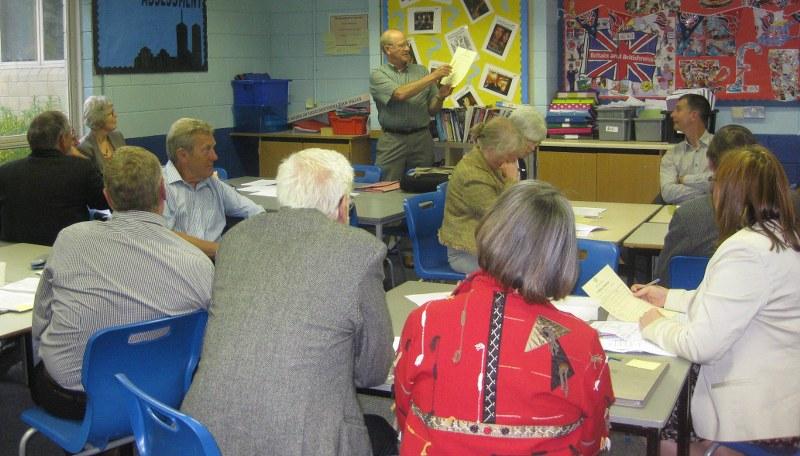 Click What's Involved? to find out about the interview process

The History: John Drury is the Rotarian in charge of Rotary Club of Buxton's practice interview programme for local students. John took over interview programme organisation in 1988, when, originally, it was based on a simple offer to the Buxton Community School (then Buxton College), that any student who would like to experience a practice interview should fill out a simple application form and Buxton Rotarians would put together a team to do the job. Very few interviews were done at that time - perhaps 15 to 20 per year. John extended the offer to other local secondary schools, though not all were interested. Fifth Form interviews were carried out in solicitor Tim Oddy's offices at Grove Parade, and Sixth Form students were interviewed at High Peak College. Numbers rose to about 50 per year, but 1994 brought expansion when Buxton Community School asked for interviews for the whole of the Fifth and Sixth Forms. The 190 half-hour interviews that took place over four evening, necessitated recruiting volunteers from clubs such as Soroptimists, Lions, and Round Table, local industry, and anyone else who was interested. Interview numbers then rose steadily, and, by 1997 all local schools were taking part: in 2003, 270 interviews were carried out with the help of over 100 interviewers, interviewing in pairs. Interview numbers continued to rise, and in 2012 the University of Derby 'enrolled' some of their students. Rotary Club of Buxton now caters for over 300 students throughout the year, interviews taking place over eight sessions in education centres in Buxton and Chapel-en-le-Frith.

John commented, 'Most students who come for interviews are somewhat apprehensive beforehand, but quite elated afterwards. Teachers and parents have all expressed their gratitude and seem very happy to see the event continuing. We now have students attending interviews whose parents attended when they were at school! We have carried out over 4,550 interviews since starting to record information. It is obviously quite a successful and worthwhile activity - and so far we have not failed to meet the demand of each of the student bodies - but, each year, we have more and more difficulty in getting new interviewers to join our merry band.'

If you would like to help with interviews in the academic year, please get in touch with John Drury (Tel: 01298 25185; email: rotaryinterviews@hotmail.com). See What's Involved

more Two young chefs from Buxton, Ruben Carroll and Pearle Smedley-Castle, were in competition in Mansfield on Saturday Feb 8th. 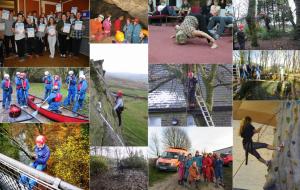 more Three students from Chapel-en-le-Frith were sponsored by the Club to attend this event. 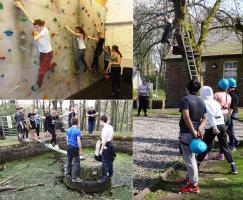 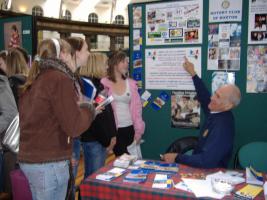 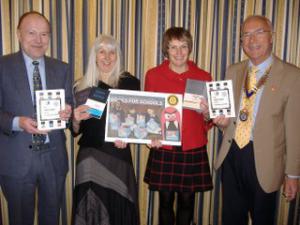 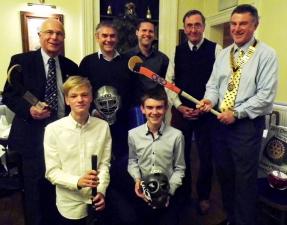 more Junior Team players Adam and Dan updated Buxton Rotarians on the changes in hockey e.g. astroturf, since their schooldays 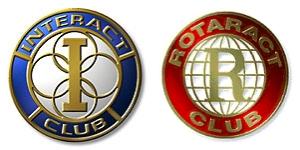 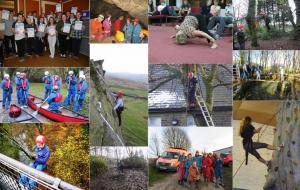 back To encourage young people to achieve their potential