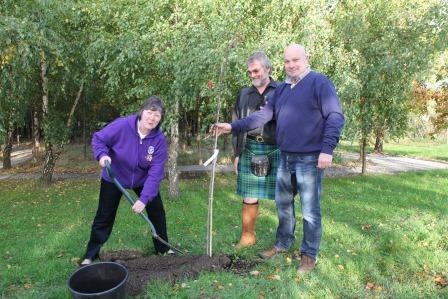 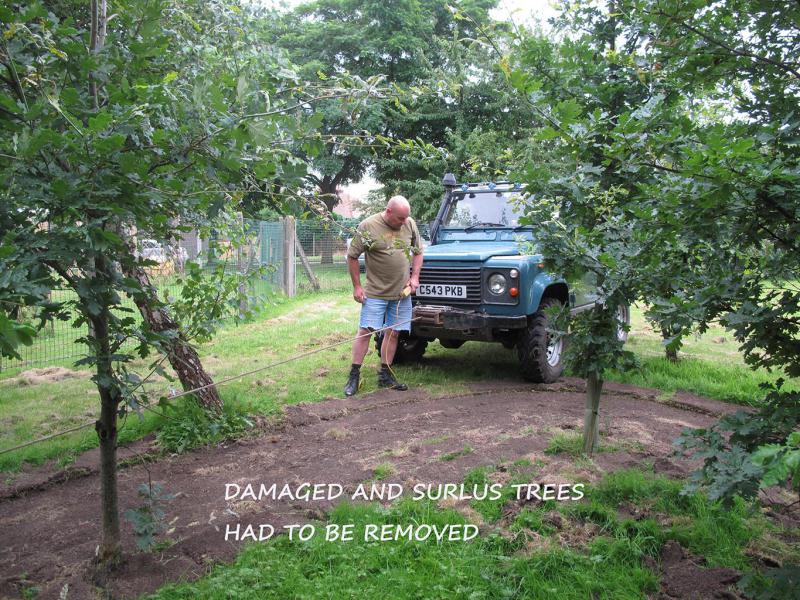 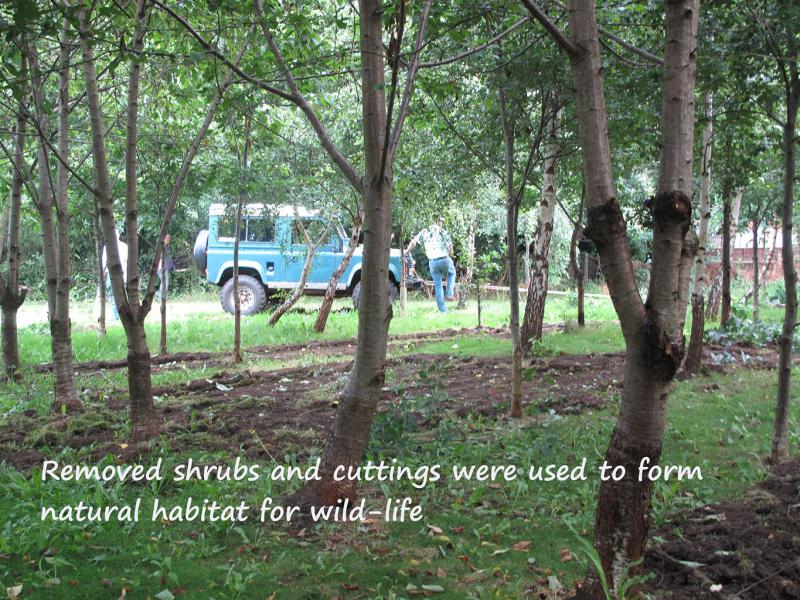 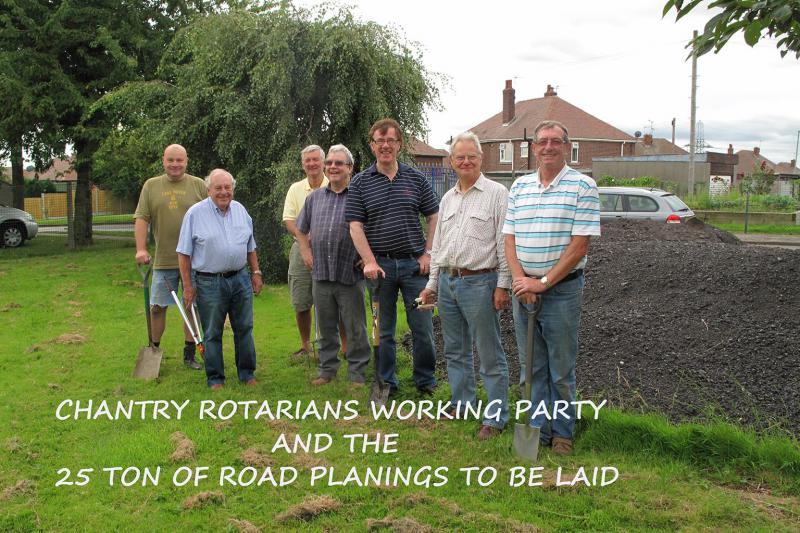 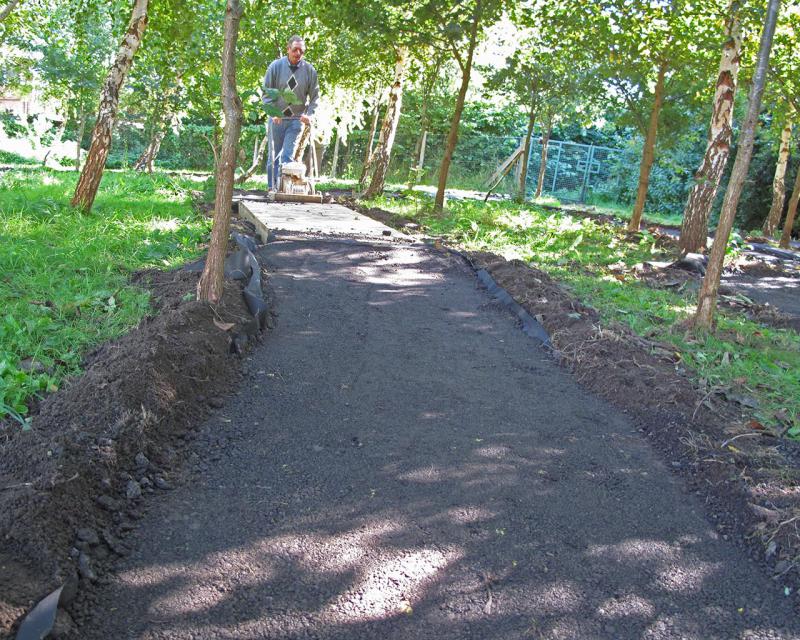 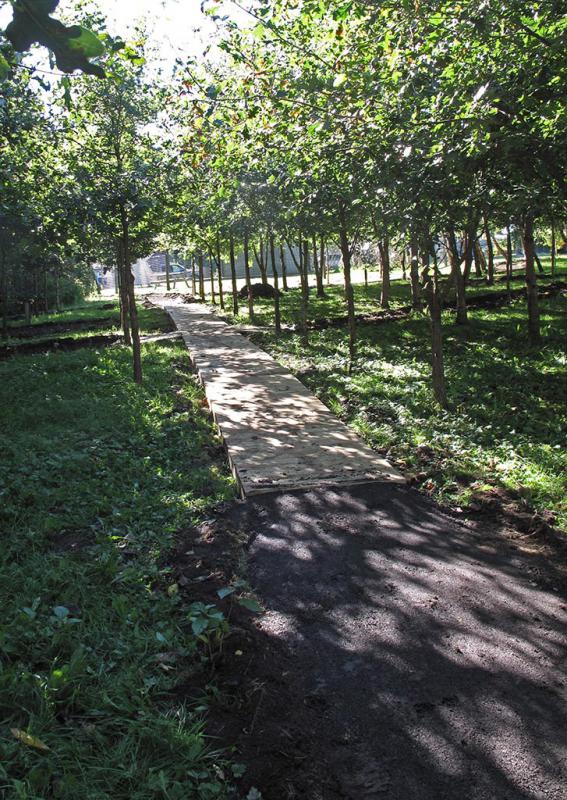 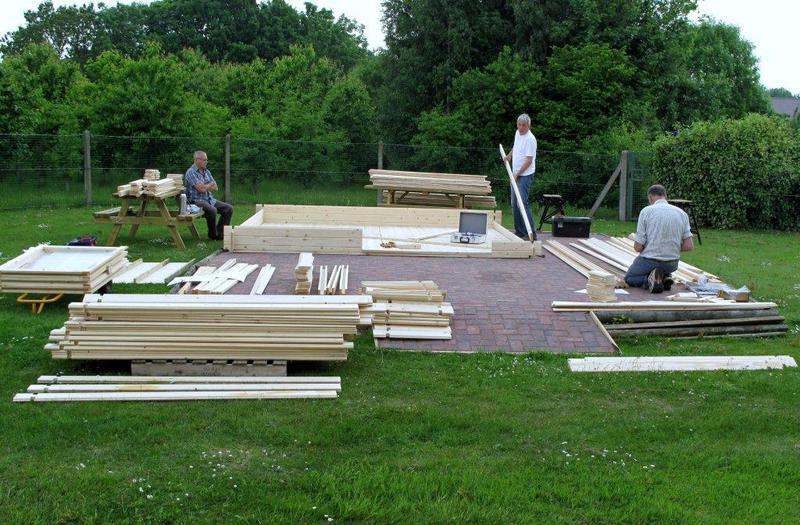 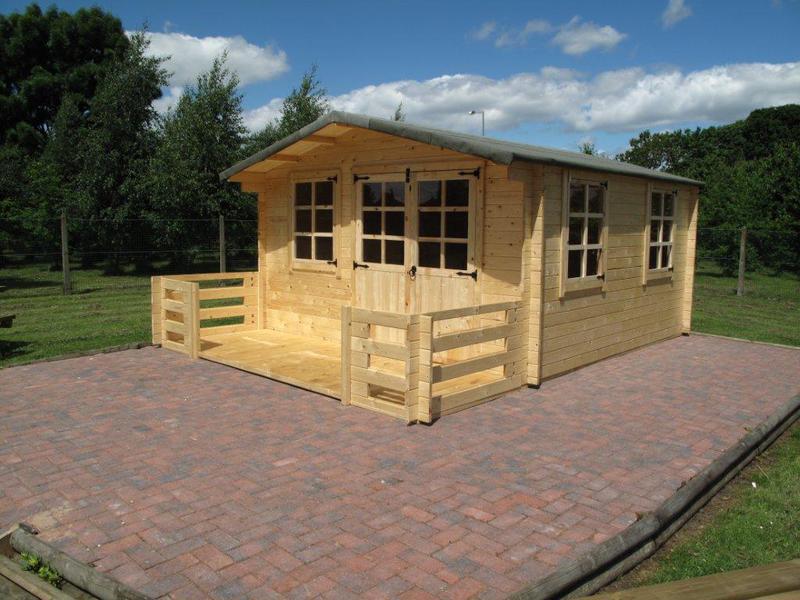 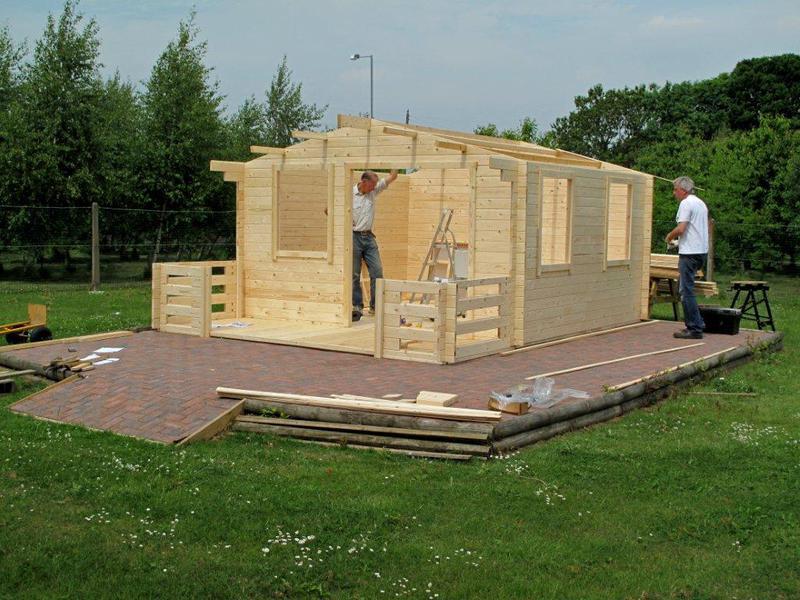 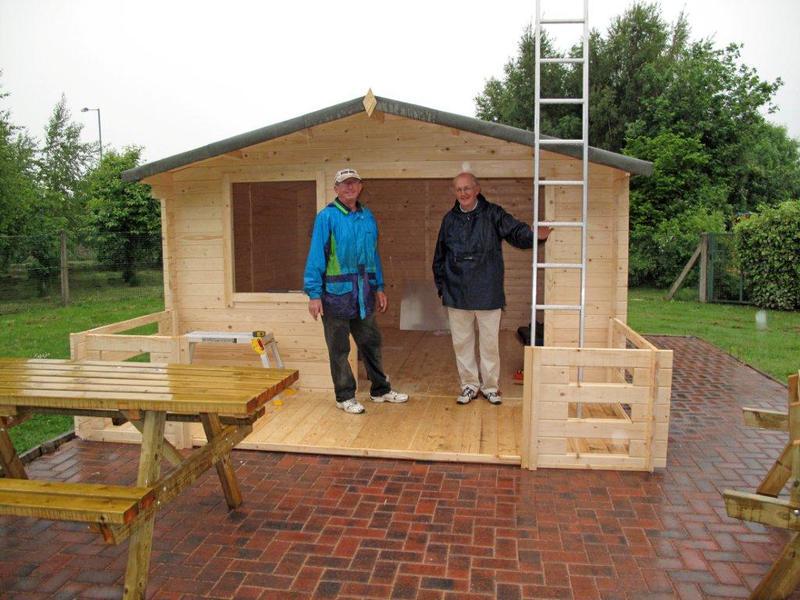 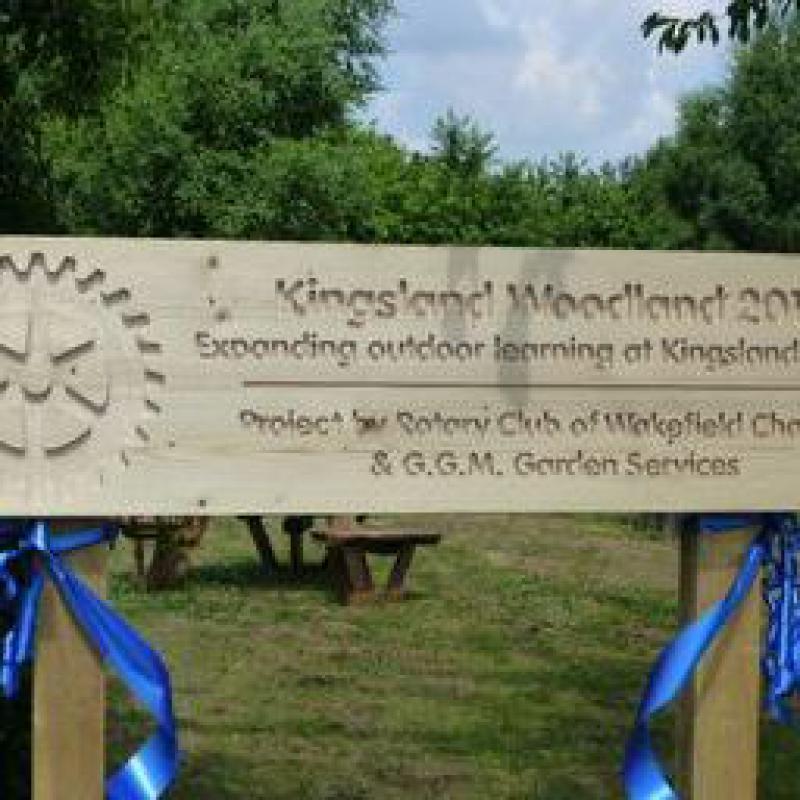 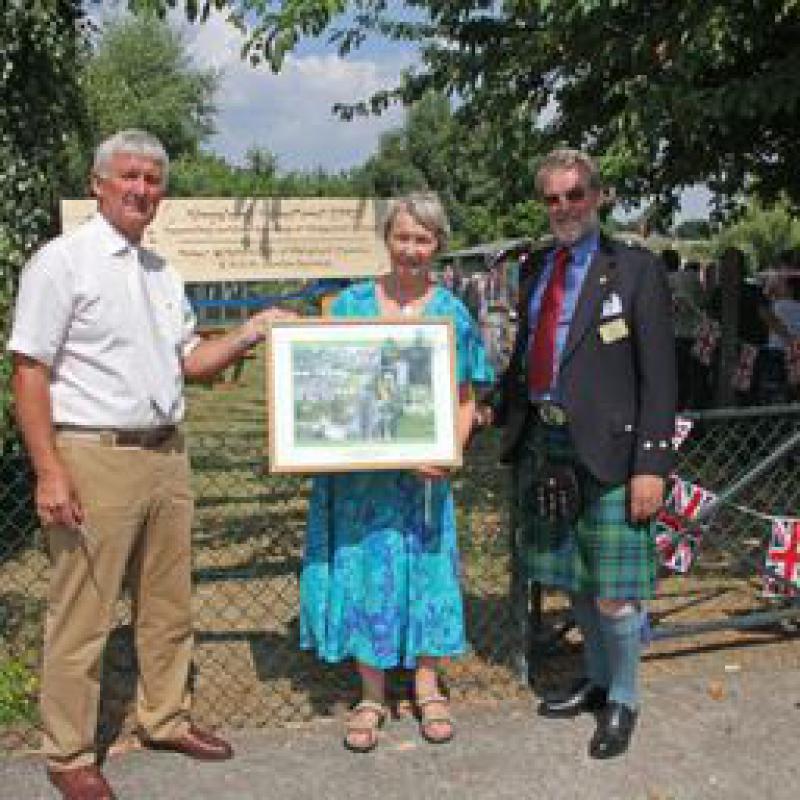 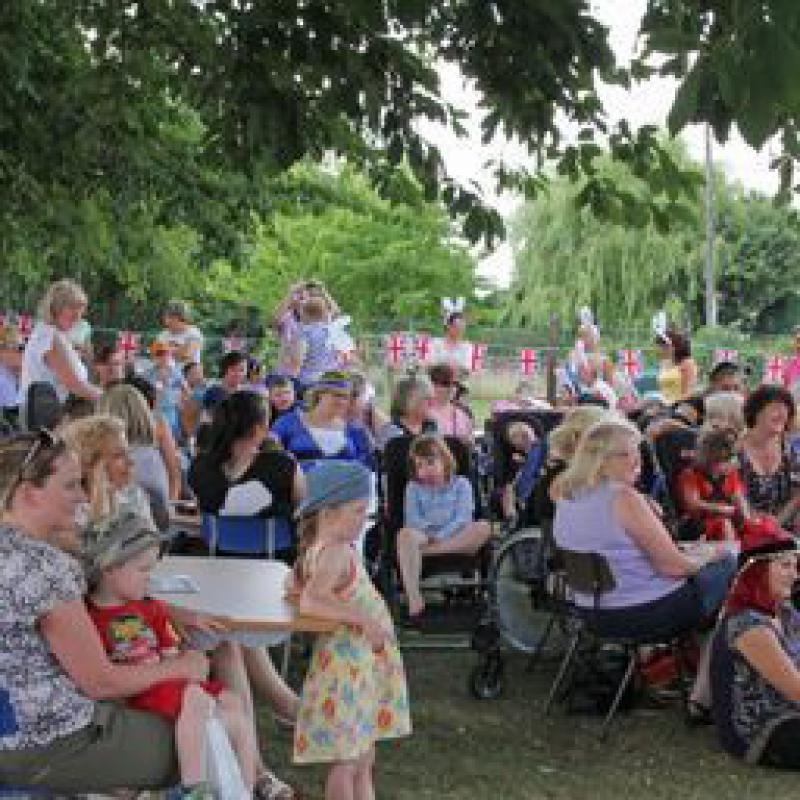 During a recent visit to Wakefield, Nan Mcreadie, President of Rotary International, Britain & Ireland (Rotary GB&I) presented Ray Spencer, Chair of Governors at Kingsland Special School in Wakefield with a Rotary Special Service Award in recognition of his work and contribution to Kingsland School.

Over the last 18 months, Ray and members of the Rotary Club of Wakefield Chantry, have developed and built a Woodland Trail at the school, which caters for the needs of 70 pupils from all over Wakefield with profound and severe learning disabilities, and has lacked an open air natural habitat facility for a number of years.

The Kingsland Project has received recognition country wide from the Rotary International movement for its contribution to the life and well-being of the pupils of the school. It has received a special award from the Rotary District Governor in the north of England. As President of the Rotary movement in the whole of UK and Ireland, Nan Mcreadie came to Wakefield to have a look for herself and planted a tree in the woodland trail area to commemorate her visit.

Over 150 pupils, teachers, parents and guests attended the formal opening of the new Woodland Walks project at Kingsland School in Stanley, Wakefield in wonderful sunny weather. The primary school, which caters for the needs of 70 pupils from all over Wakefield with profound and severe learning disabilities, has lacked an open air natural habitat facility for a number of years.

Members of The Rotary Club of Wakefield Chantry, provided most of the hands-on labour in the laying and building of the woodland paths, together with a couple of members children doing work for their Duke of Edinburgh Awards. Approximately 60 tons of road planings, were laid; over 400 young saplings, donated by the Woodland Trust were planted; Bird Boxes installed on the site were made by members of the Wakefield charity Second Chance Headway. Rtn John Bradley, of Wakefield Chantry, convinced local companies to donate the Road Planings, the heavy equipment to excavate and lay the pathways, and the signs at the site. 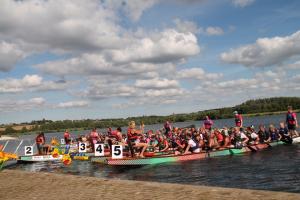 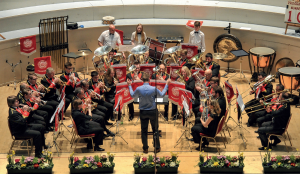 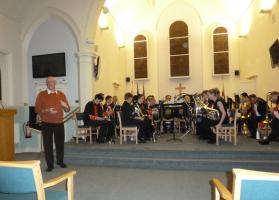 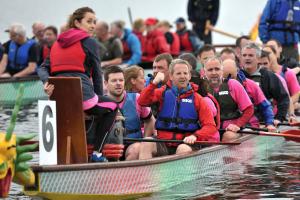 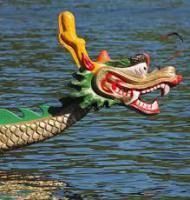 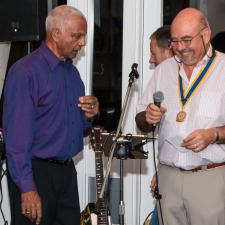 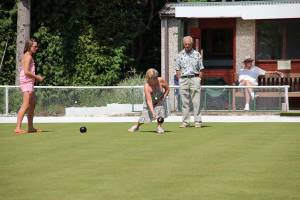 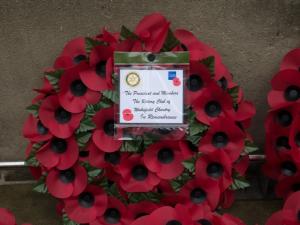 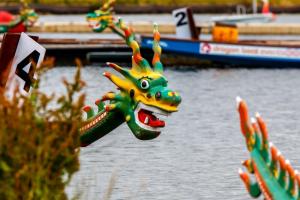 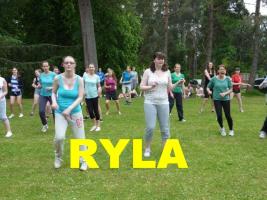