An annual event. Our 'Posh Shop'sells high quality affordable goods. In 2019 we open on Friday 17th May for four weeks on Finkle street opposite to Boyes Store.. Thank you for your help in this successful and worthwhile enterprise 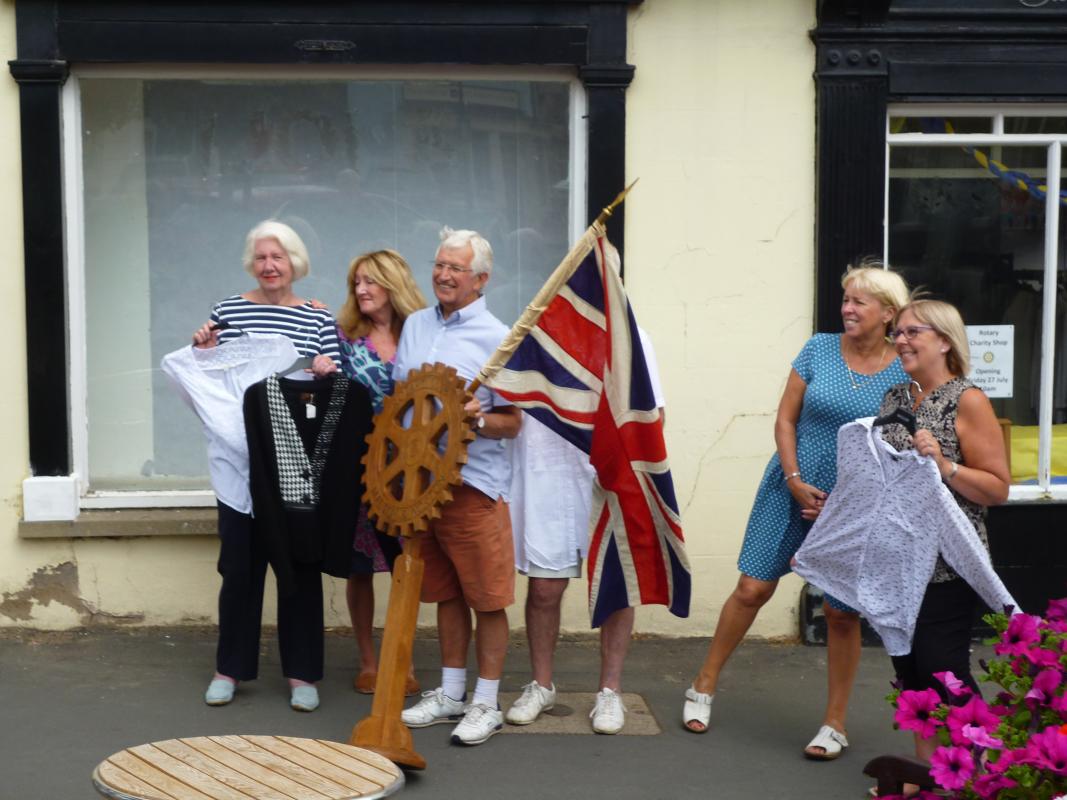 We started planning for our first Rotary charity shop in 2010 and decided that it would only open for two or three weeks every year.  The planning lay out and the running of the shop is the responsibility of Friends of Rotary and the clothing and goods on sale were to be of the highest quality. The scheme has now been running for nearly ten years years and the shop is now open for three weeks instead of the original two. So far the Friends have raised   thousands of pounds, all of which goes to local and international charities.

Every penny that we raise in Ryedale for charity goes to charity. We have no paid administration, salaries or 'skimming off the top'.