Torquay harbourside probably around 1930
First meeting place of the Rotary Club of Torquay, September 1920.
The building is now known as Harbour Point 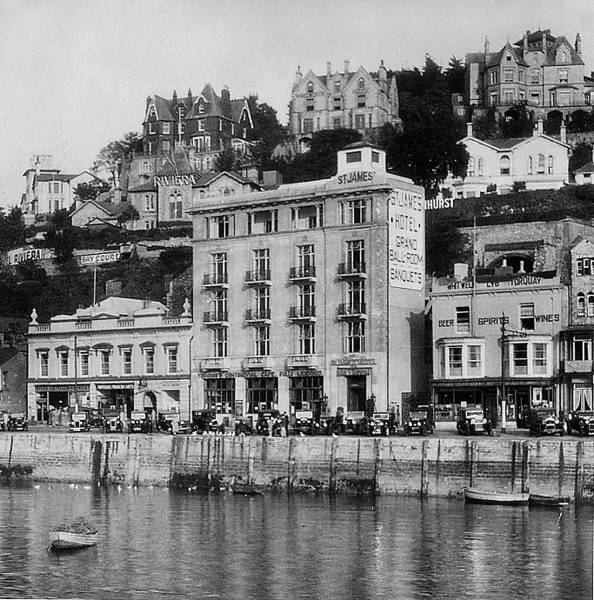 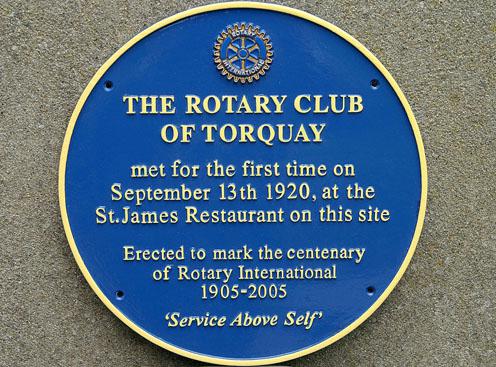 To mark the centenary of Rotary worldwide in 2005 the Torquay club erected a plaque on the Harbour Point building to commemorate the coming of Rotary to Torquay - the club was the first Rotary club west of Bristol. The building has had many uses and the St James Hotel disappeared many decades ago, as did some of the buildings seen on the hillside. To the left of Harbour Point can be seen the Hotel Riviera, now replaced by apartments and town houses, while to the right can be seen part of the Edenhurst Court Hotel, now replaced by an apartment block of the same name. The three handsome villas at the top of the hill (from left St Clare, Stolzenfels and Duddingstoun) have also been replaced by blocks of flats. 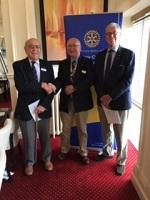