This year's competition, held at Devoran School, was of a very high standard. As usual the school hall was full of parents and supporters. Seven teams took part, with the first and second progressing to the mid-Cornwall Area heat on 13 February. 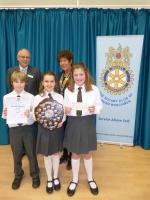 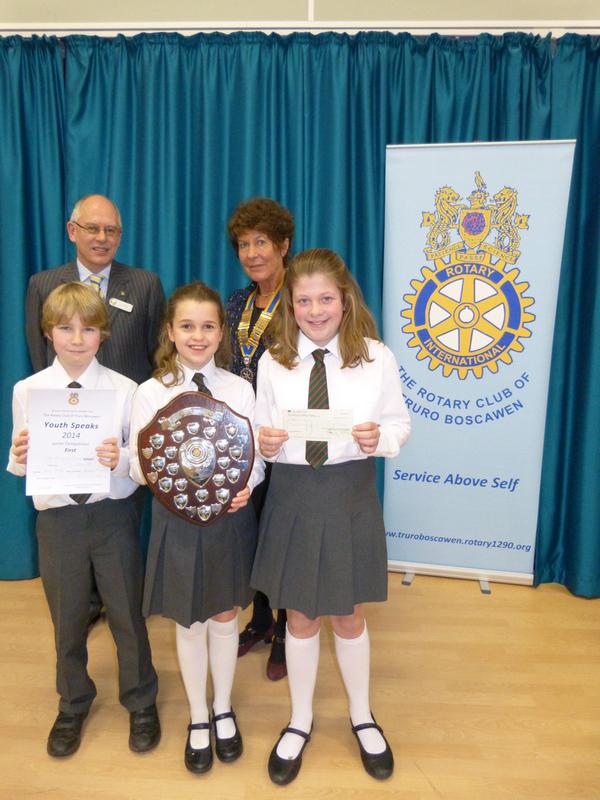 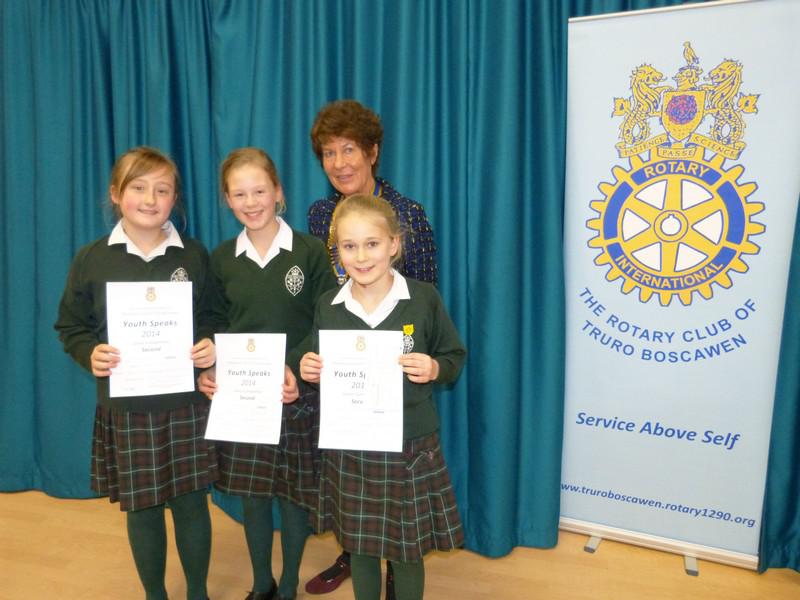 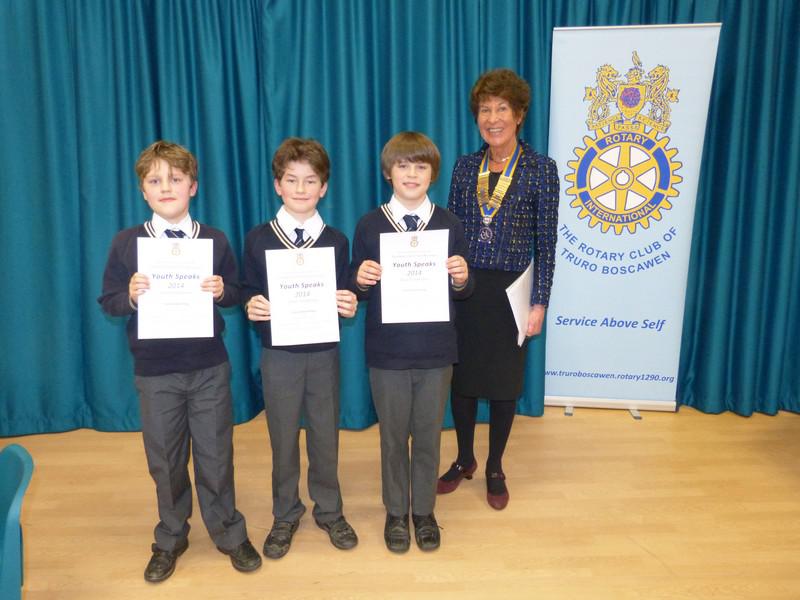 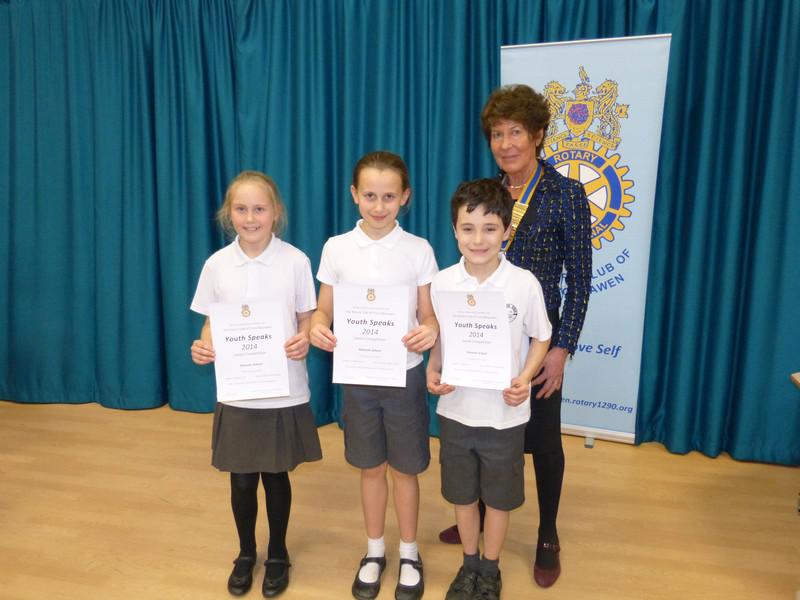 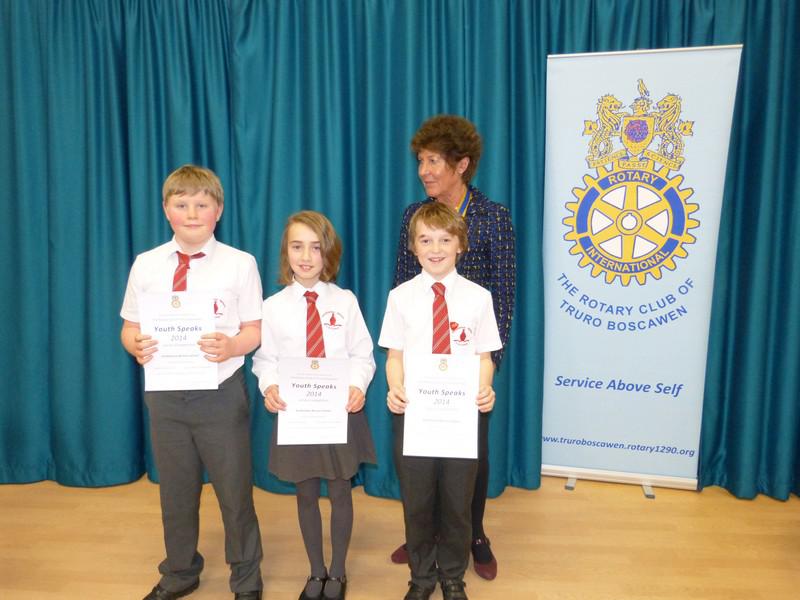 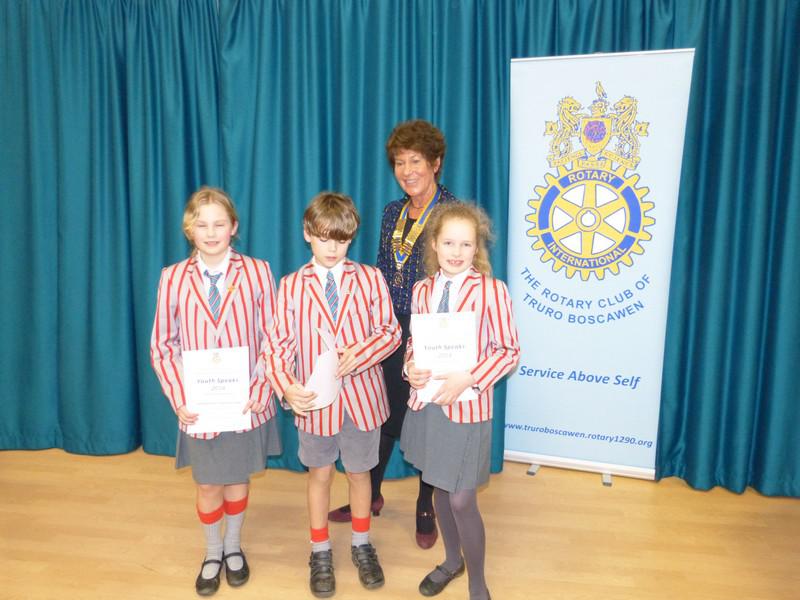 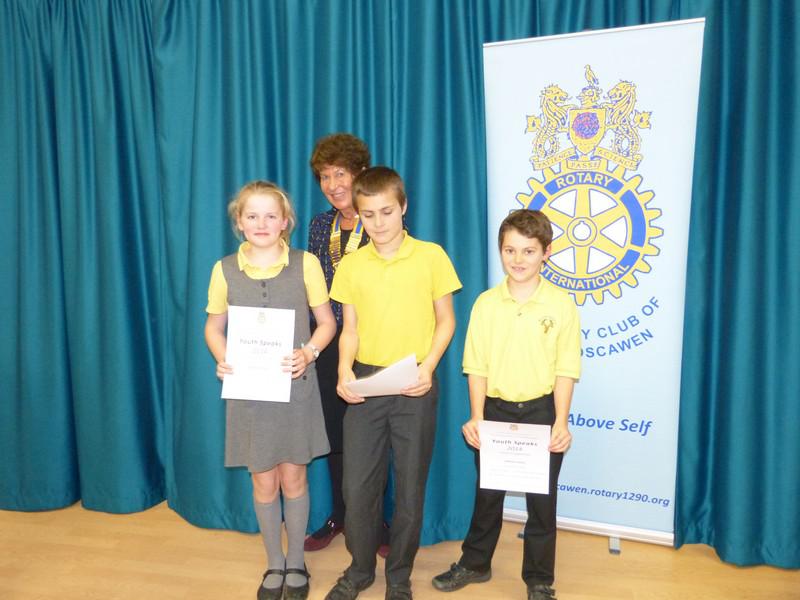 This year's contest reached probably the highest standard the Club has seen in the course of twenty years. The usual stalwart schools took part and the Club is grateful to them for making this another event to remember.  Club members who have never previously witnessed the competition continue to be impressed by the standards of thought and presentation the children unfailingly attain. As set out below, the choice of topics was wide-ranging, and each handled informatively and with appropriate humour. The questions were uniformly handled well.

The Club is indebted to the judges (David Hughes of Anderson Lloyd LLP, Carole Allen, and Helen Sandle-Baker) who found it hard to choose between the teams, to Devoran School (and especially retiring Head Mrs Breakwell) who hosted the event and generously provided refreshments before and during the event, and to the timekeepers and assistants from the Rotary Club.

The winning team came from Kea Community Primary School, who had been local runners-up and then winners of the Area heat last year. Each member of the team played a strong part, showing how important teamwork is in this event. Their topic was "Man's best friend - who should pay?" With some illuminating evidence, speaker Henry argued powerfully and clearly about the problem of clearing up the mess left by dogs!

Truro High School for Girls, also speaking about dogs, came second in this round.

Both teams then competed in the central area round of the competition and went on to take part in the District 1290 Junior Final, held at The Falmouth Hotel as part of the District Conference programme on 1 March. Congratulations go to both teams on reaching this level, and especially to Kea School who finished second in the District.


The schools and their chosen topics 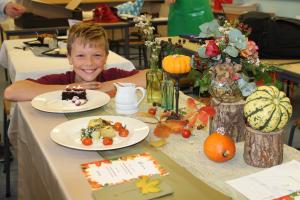 Contestants cooked for 2 courses for one person in a limited time. They had to show their costings, meal plan, and menu to the judges. While they were cooking, Lee Trewhela did a live Facebook Stream and chatted to them on Cornwall Live/Facebook. 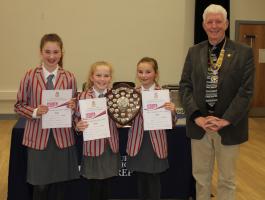 The 26th year of this competition, held for the first time in the new hall at Truro Prep School. Polwhele House School went on to win the western area round in Penzance, and came second overall in the District Final at Saltash on 16 March. 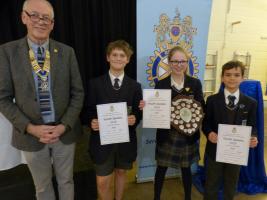 The 25th year of this uplifting competition, this year held for the first time at Polwhele House School 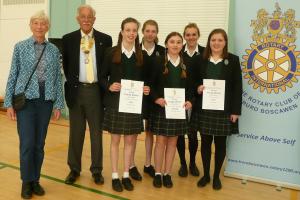 This year’s topic was ‘Reflections’, and entries could be in prose or poetry form. 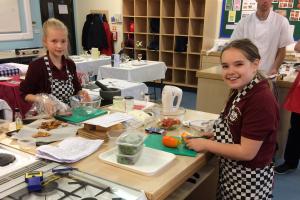 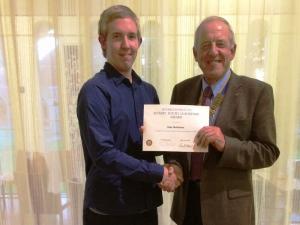 The Rotary Youth Leadership Awards (RYLA) is one of the most successful programmes run by Rotary clubs around the world. The RYLA programme particularly gives young people and young adults the chance to improve their leadership and communication skills. 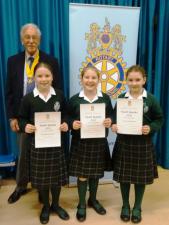 Once again, this year's competition was of a very high standard. The Devoran School hall was full of parents and supporters to hear seven teams take part. The first and second went forward to the Area heat in Penzance on 22 February.. 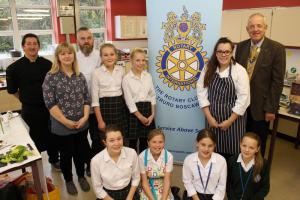 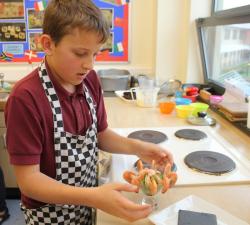 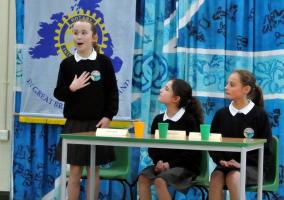 Once again, this year's competition, held at Kea School, was of a very high standard. The school hall was full of parents and supporters. Seven teams took part, with the first and second progressing to the mid-Cornwall Area heat on 10 February. 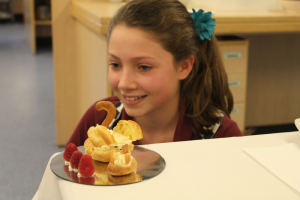 This year two schools competed - girls from Truro High School entered for the first time, with old stagers from Richard Lander School a week later. The winners went forward to the District competition in February 2015. 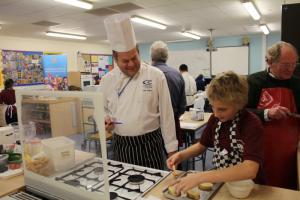 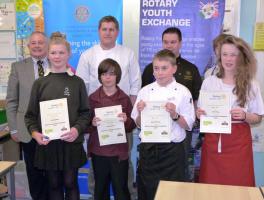 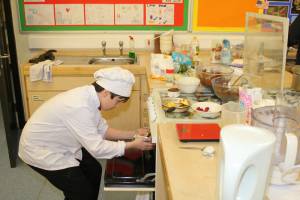 The Club's annual visit to encourage the budding chefs at Richard Lander School took place on 27 November. Five students competed, with the winner going forward to the District competition in February 2014. The slideshow tells the story.

For the second year, the Club invited entries at all levels to this competition. Truro High School for Girls entered in force and with success at local and District levels.