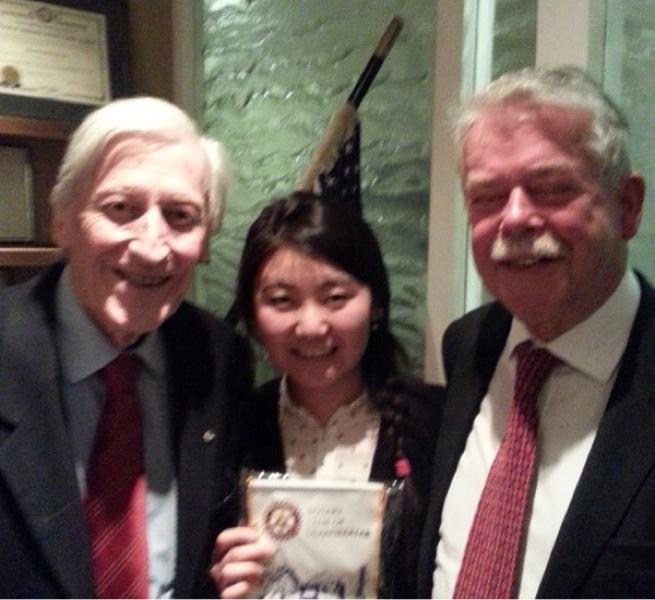 Ms.Unurtsetseg (Unur) Ulaankhuu, Rotarian Ambassadorial Scholar and member of the Rotaract Club in Ulaanbaatar, Mongolia, was our guest speaker on 1st April 2014. She spends a year in London while studying at King's College.

"Mongolia is a large in terms of physical territory and a small in terms of economic size - having only 2.7 million people residing in the territory that 4 times size of the United Kingdom with an economy of  $10 billion. For Mongolia given the location, the size of the territory, the population number, the market size within the country an outward-looking investment and trade policy is needed - that its government actively pursuing outward-looking trade and industrial policies to increase international trade and investment to increase to increase the demand for goods and  to increase the supply of investment funds to access to foreign skills and technology.
Mongolia's untapped natural resources already attracting investment from the West, for example $6.2 billion dollar investment from Rio Tinto in copper mining. Despite being one of the fastest growing economies in the world (economic growth - 17% in 2011, 13% in 2012), Mongolia still faces infrastructure shortage to transform its mineral wealth into growth and development.
Unur