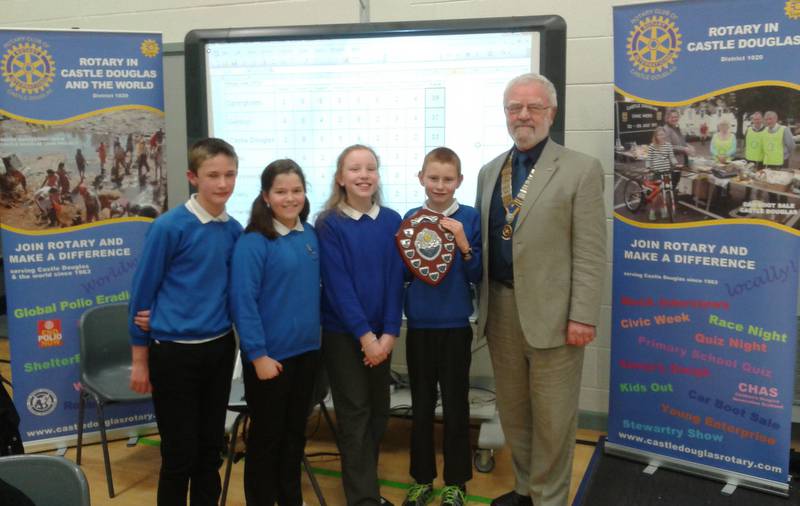 The Rotary club of Castle Douglas is committed to serving the local comminity and  in partnership with the High School of Castle Douglas hosted the annual Young Musician and Young Singer of the year competition on Thursday 6th February 2014.  A total of 10 young people participated in the competition with a super selection of musical pieces.  Instruments played included the guitar, drums and piano and the songs sung ranged from recent chart toppers to hits from top musicals.

Rotary club President  John Martin welcomed a  good turnout of parents and Rotarians who were  joined by guest of honour Mrs Eleanor Murray who was in attendance to present the Mr Billy Murray memorial prize for the overall competition winner.

The young people taking part enjoyed the opportunity to perform in front of an audience. All of the performances were of a high standard which  reflects the energy and commitment of  Depute Head Teacher Miss Alison Guthrie and her team of teachers who give considerable support and encouragement to the young people.

It was very clear that the judges Christine Barbour  and David Bayne had no easy task in selecting the overall winner and so it was most opportune that the senior school pupils were on hand to serve refreshments and so allowing the judges ample time before reaching  a decision.

Before the result was announced Christine took time to provide each young person detailed  feedback on their performance and helpful hints for them to take on board in future competitions. The time taken to do this by Christine reflected her respect for the participants and indeed the high esteem in which Christine is held within the music profession.

President John Martin thanked the judges, school staff and most importantly the youmg people for providing such an enjoyable evening and  it was announced that the overall winner was Chaira McMorran from S4 who  sang "I Dreamed A Dream".

Clearly there can only be one winner but the evening highlighted the talent amongst our young people and for that reason the participants were all winners in their own right.

Chaira as the the overall winner will now go forward to take part in the next round of the Rotary competition and compete against young people from other parts of Dumfries and Galloway. 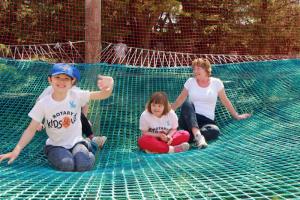 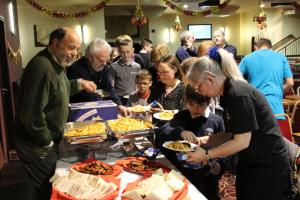 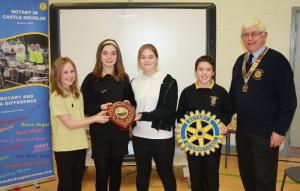 more Each year Castle Douglas Rotary Club supports pupils of Castle Douglas High School who have already achieved national recognition of the their sporting or artistic ability in order that they will achieve their full potential.