At Horseshoe Bottom Car Park (approx 3 miles from Brockenhurst). Meal after at The Rose and Crown, Brockenhurst. 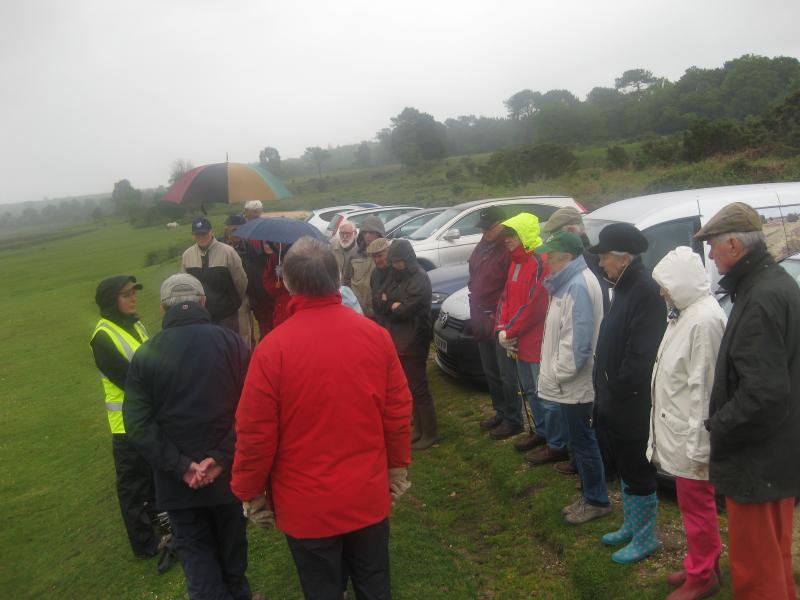 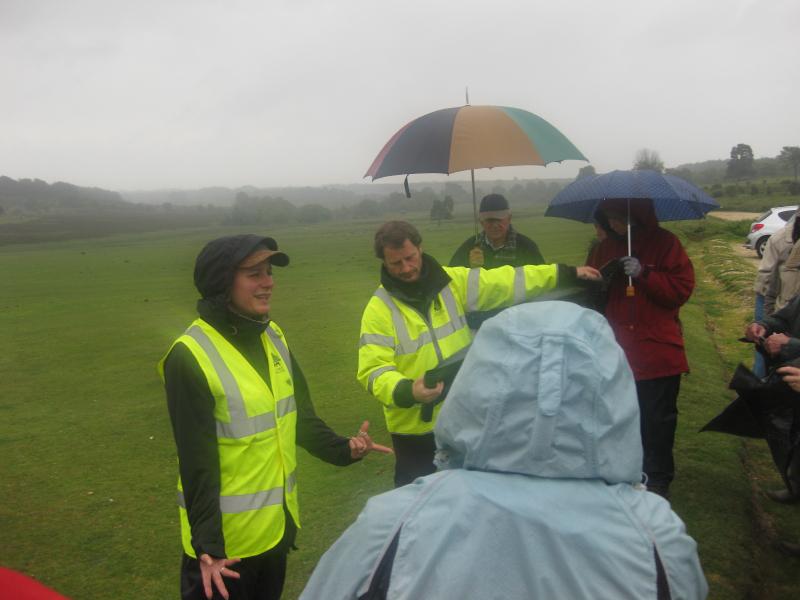 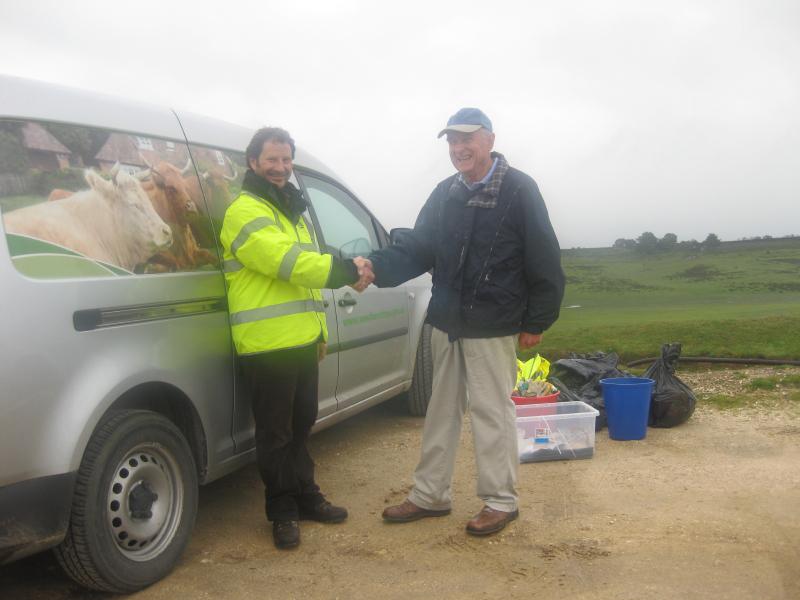 An enthusiastic group of Rotarians and partners assembled at Horsehoe Bottom Car Park for the annual attack on litter, preparing the Forest for the main tourist season.  Boltons Bench had been the venue for a number of years but the Park authorities suggested a change and provided us with a new area to explore.

The evening was less than sunny and the photo shows us at the initial briefing with umbrellas, but although we look a bit dismal we were all in good humour. The rain quickly stoppped and from then on it was merely damp and cold. We were highly visible in yellow jackets and carrying black bin liners and pick-up sticks we set off to cover a large area of heathland and valley.

It quickly became clear that either the visitors had been remarkably courteous and had taken all rubbish home with them or some good fairies had been there just before us. We did find some litter but later Judy described how on one occasion six of us fought over an empty crisp packet spotted beside a bush.  In the end we all agreed that It was worth the effort and the haul included several tennis balls (inefficient dogs), about ten feet of exhaust pipe (well done Fred) and a number of bottles beside the road (Fred got a boll.....g  as it was contary to Health and Safety to go near the road). Undoubtedly the best part of the evening was the meal at The Rose and Crown afterwards. Really excellent food and service.

Malcolm organised the evening and Fred the meal. Congratulations both.