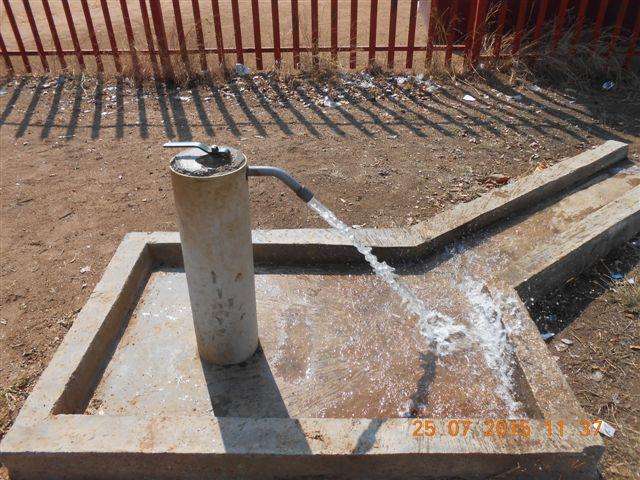 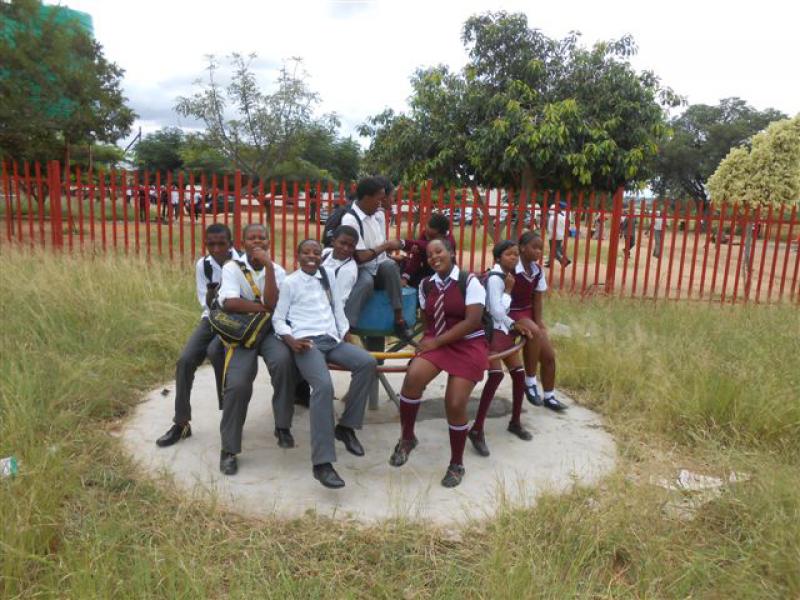 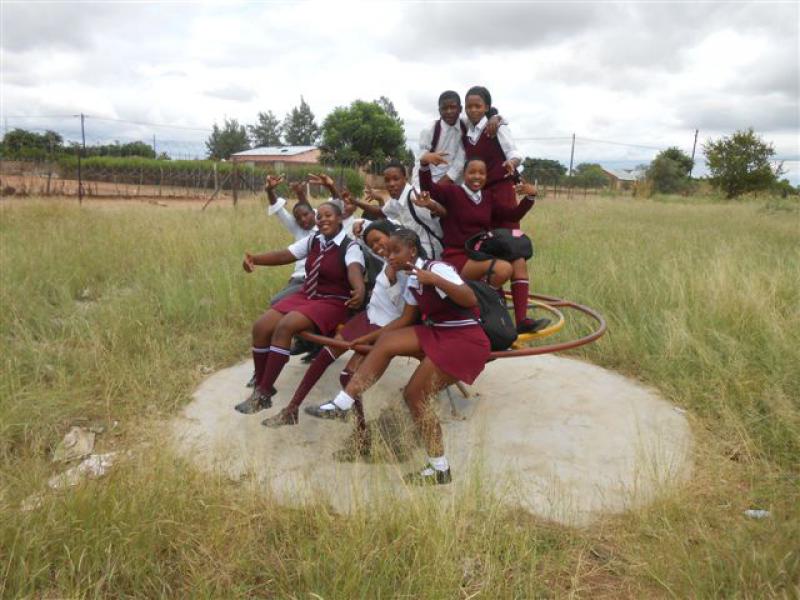 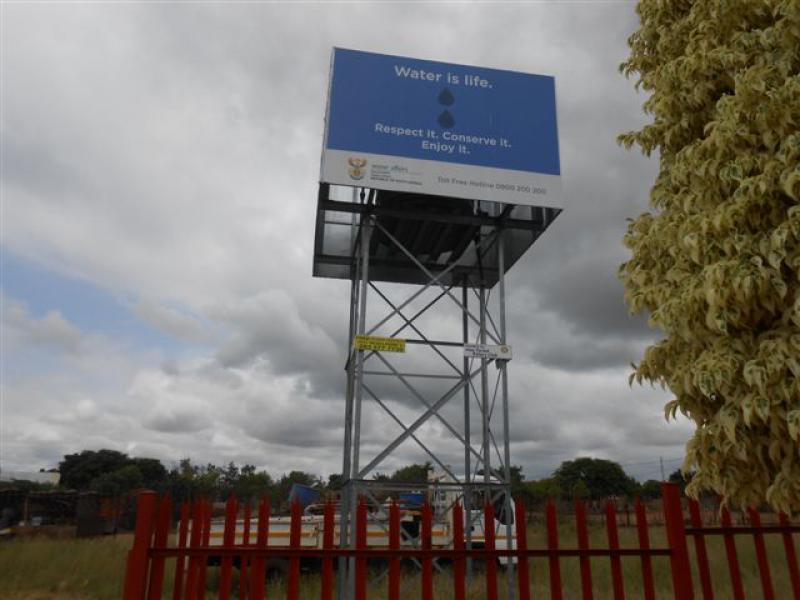 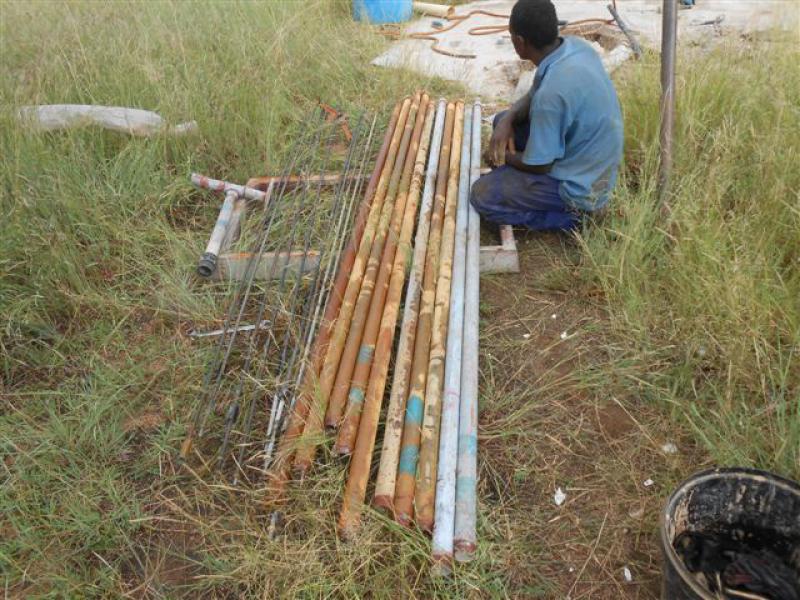 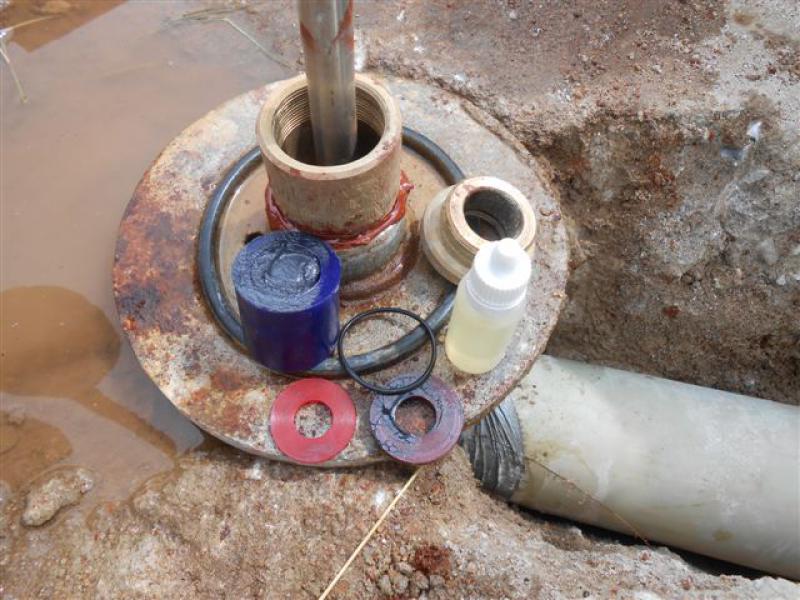 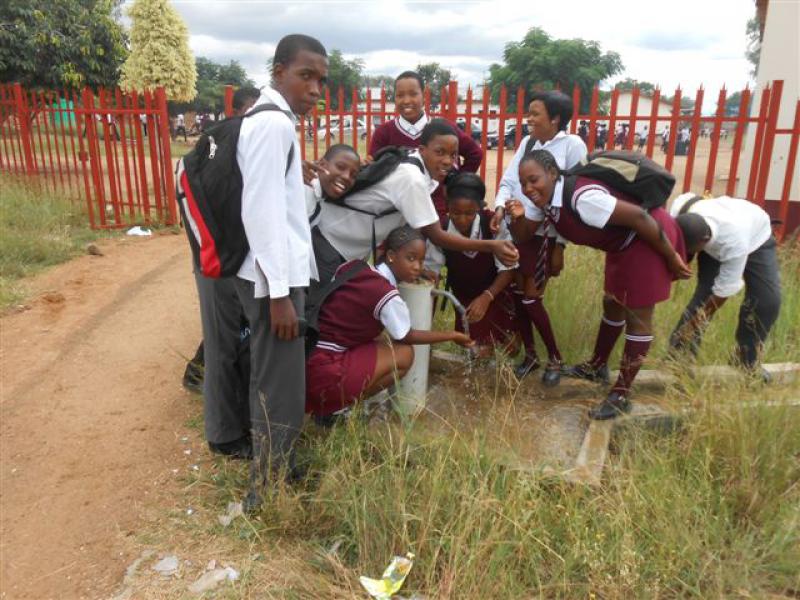 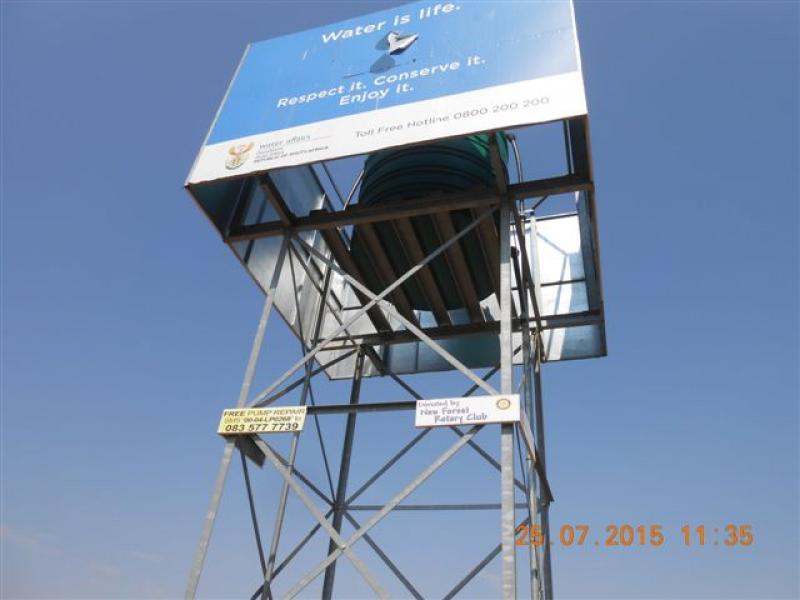 ALAN BLAIR writes " When I was President in 2010 the Club bought a much needed well in Africa (with financial assistance from a friend of mine who has a Charitable Trust). The well is within Ramatshagalala Secondary School in South Africa. and is part part of the Lawrence's Roundabout Well Appeal.  The attached pictures were sent to me by the Charity in 2014 and later ones in  August 2015 and show the well in action after its annual services. The Roundabout Well works when children play on the roundabout. The rotation pumps water from the well into the raised tank. Brilliant - play makes it work! It is lovely to see it still in action providing fun as well as clean water over 5 years later".