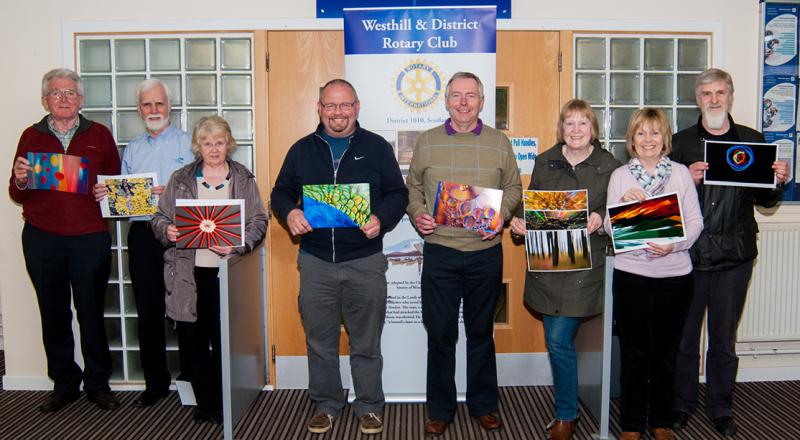 A total of 19 young performers from took part in the Young Musician of the Year competition, which was held at , Westhill on 25 February.

The event was organised by the Rotary Club of Westhill & District and was supported by a large number of families and friends.  The audience thoroughly enjoyed an evening of very good music, played on a wide range of instruments, which included the bagpipes, accordion, electric guitars and flutes.

We were fortunate to have a strong panel of judges, which consisted of Prof Pete Stollery, Head of Aberdeen University Music Department, Ken McLeod, former music co-ordinator for and Westhill Rotarian Morag Simpson and music teacher. In his adjudication, Prof Stollery was very generous with his praise for the very high standard of performances from the competitors and how difficult it had been to select the winners.

In the junior section, Jing Jing Wong on flute was judged to be the winner and Eleanor Cozens on piano the runner-up.

In the senior section, Euan Reid on accordion was the winner and Liam Johnston on electric guitar the runner-up.

The adjudicators declared Euan Reid to be the overall winner and he was presented with the Chap Construction Trophy.

The Iain Grant Memorial Trophy was awarded to Joe Steel for his significant contribution to the Music Department of Westhill Academy.

We would also like to thank Rhonda Pirie of the Music Department and Stuart King, Deputy Head for their support and encouragement and which resulted in such a high turnout of performers.

Westhill Rotary President Jim Arbuckle presented the trophies to the winners, gift vouchers to the winners and runners-up and certificates to all the participants