VISIT TO THE ROYAL LOGISTICS CORPS AT MARCHWOOD MILITARY PORT

A Vocational Committee visit to the '17 Port and Maritime Regiment' at Marchwood. 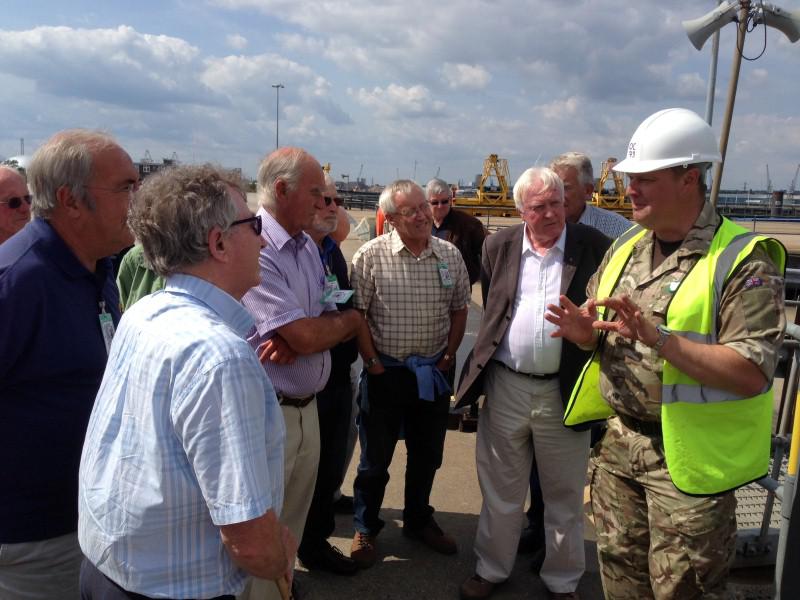 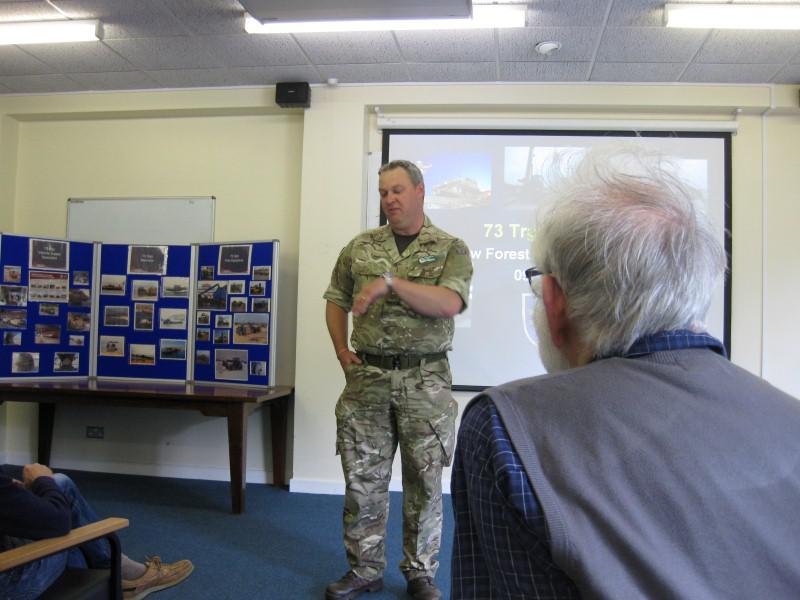 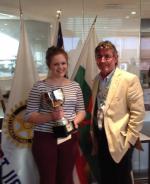 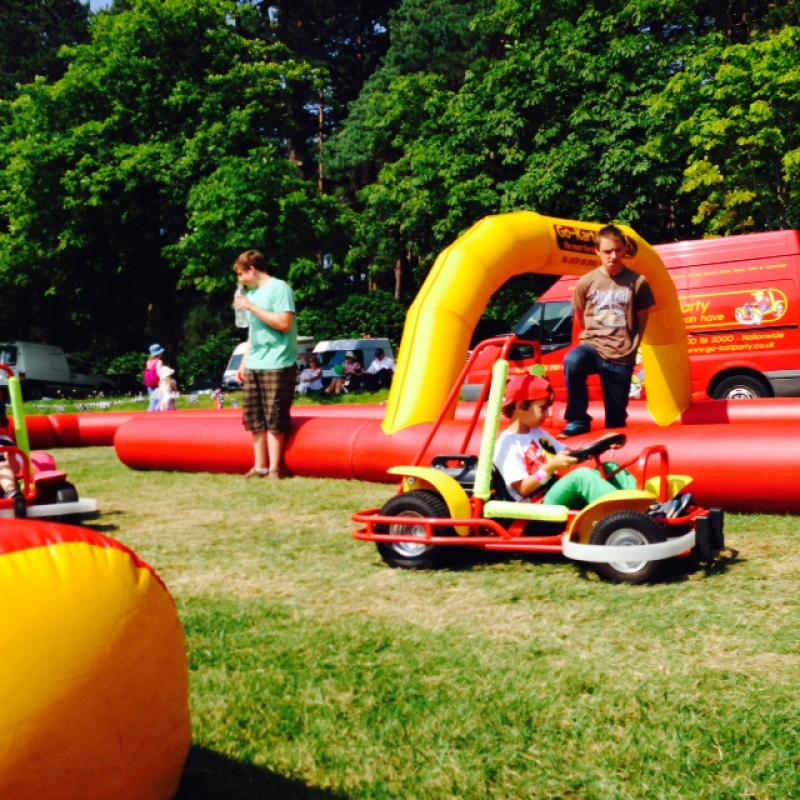 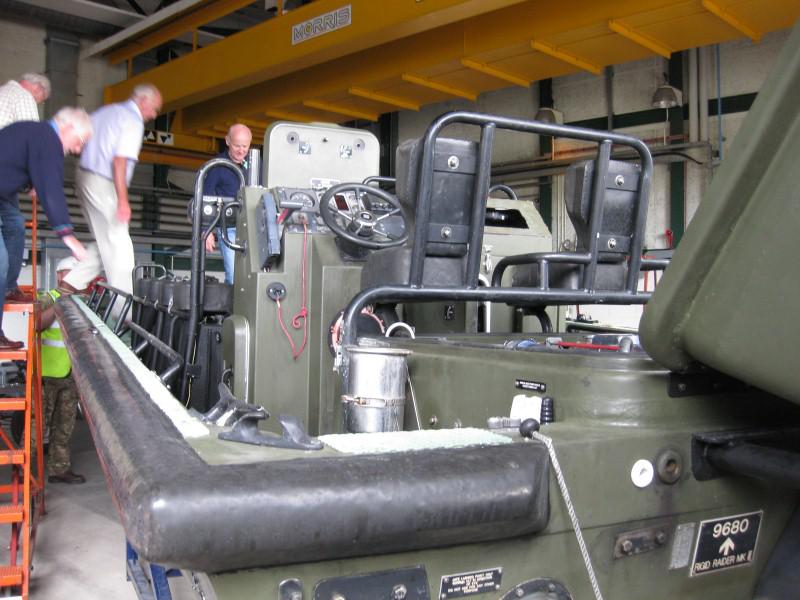 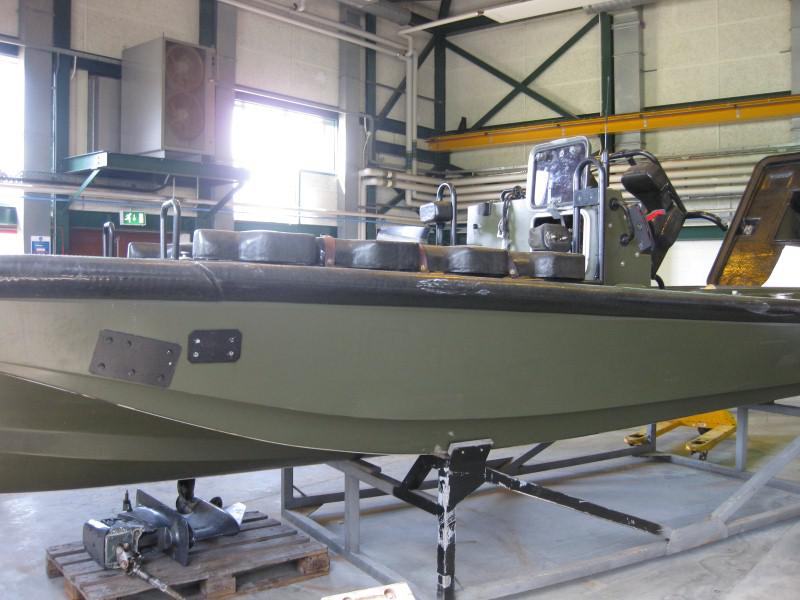 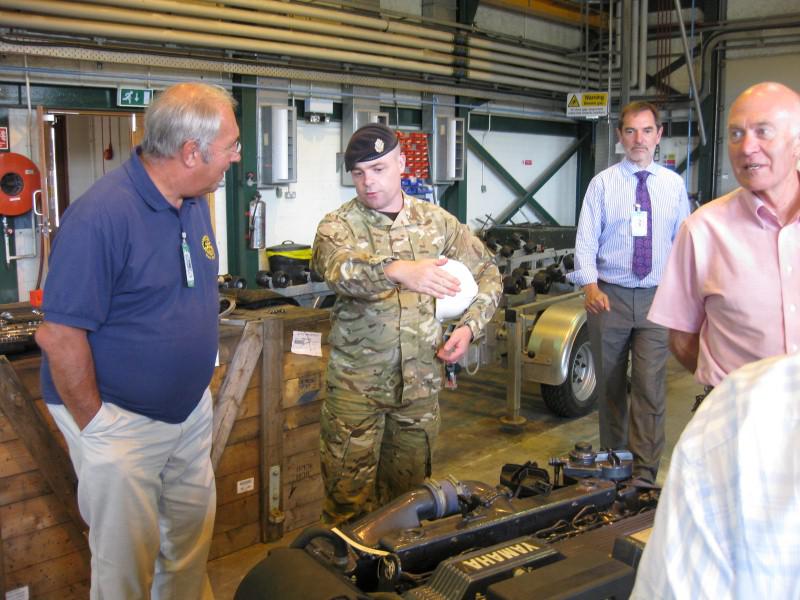 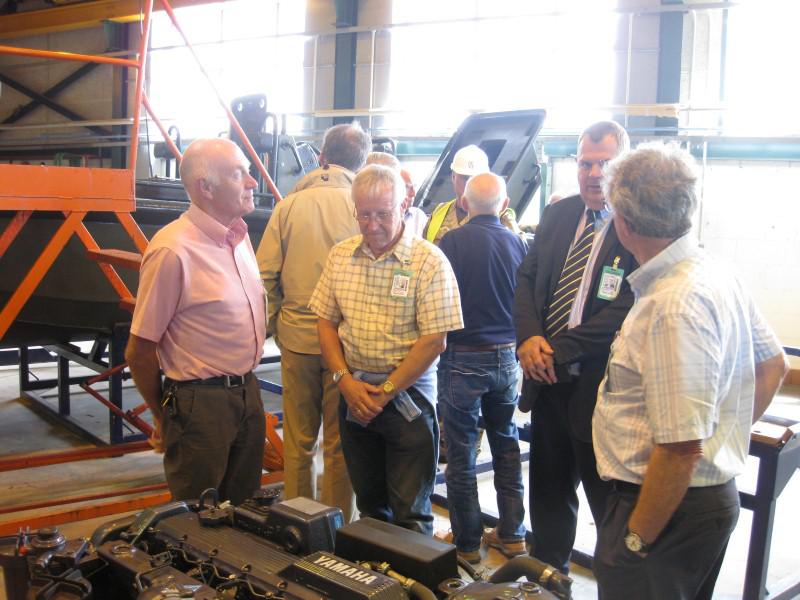 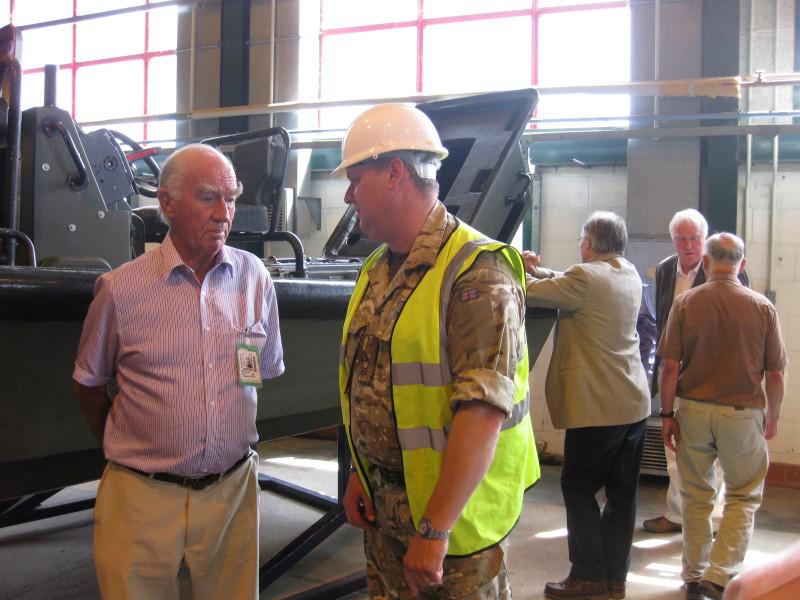 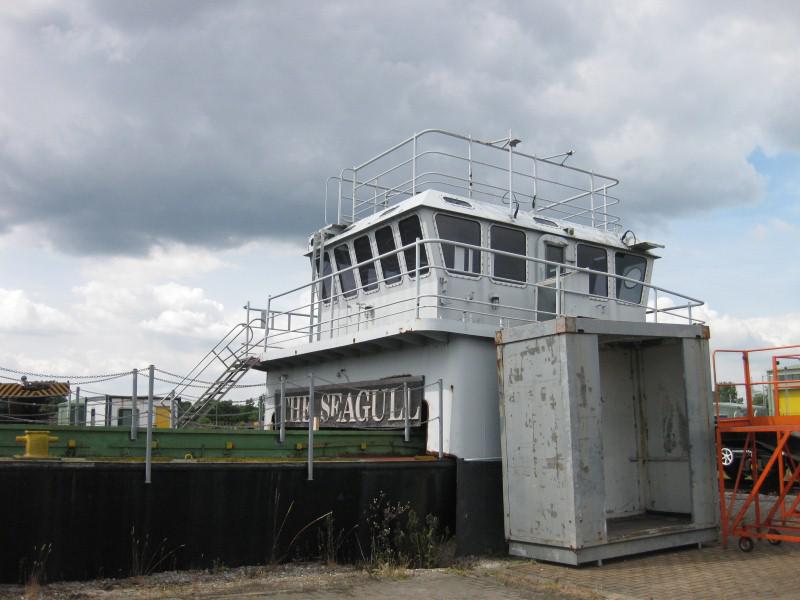 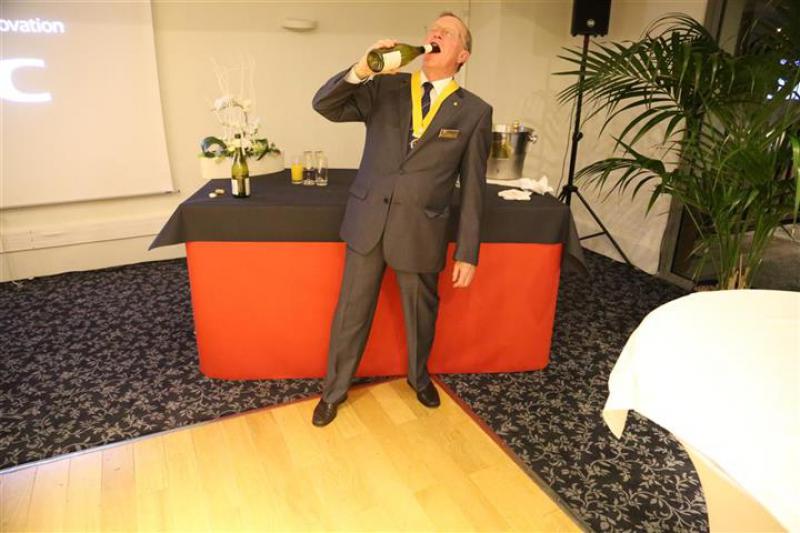 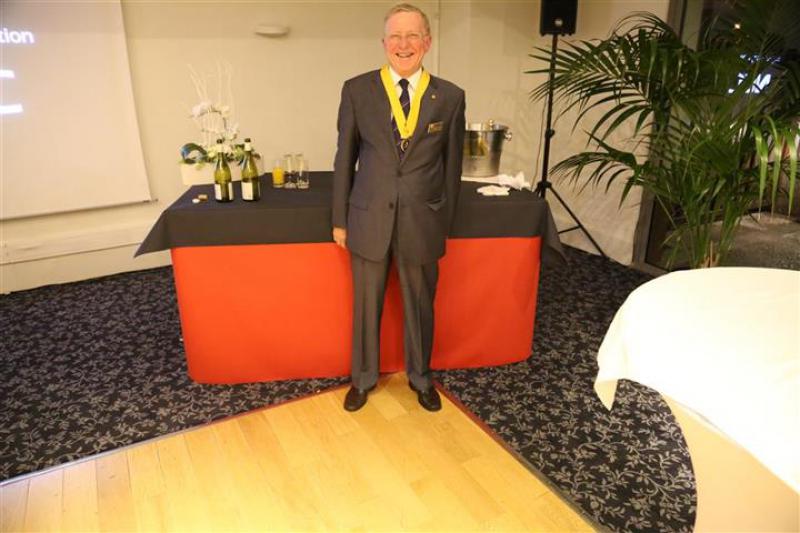 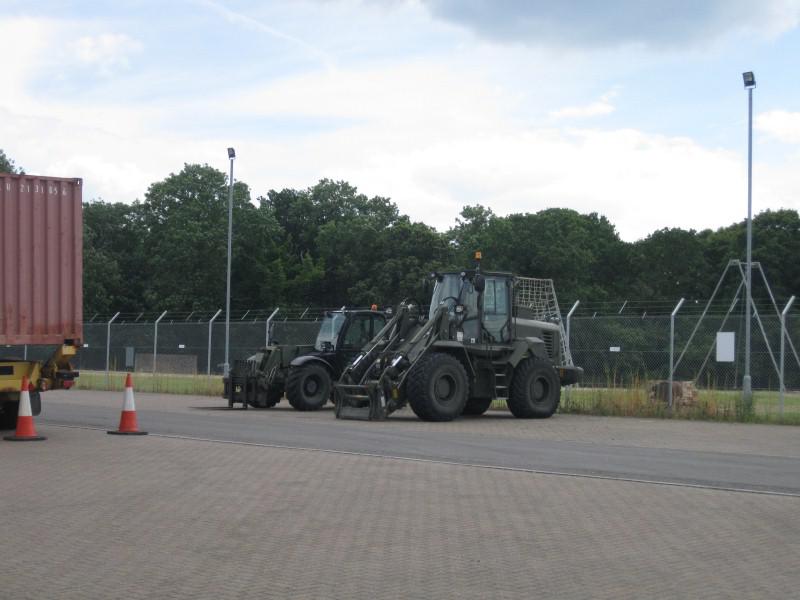 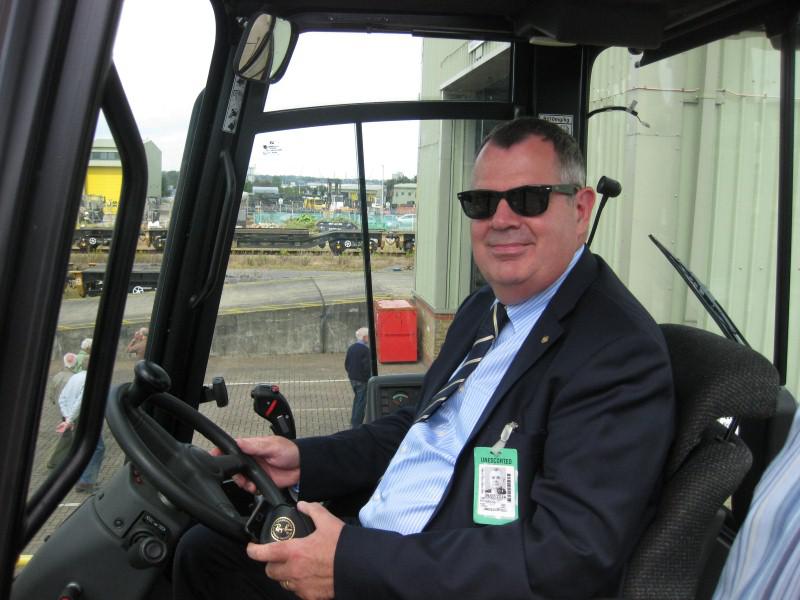 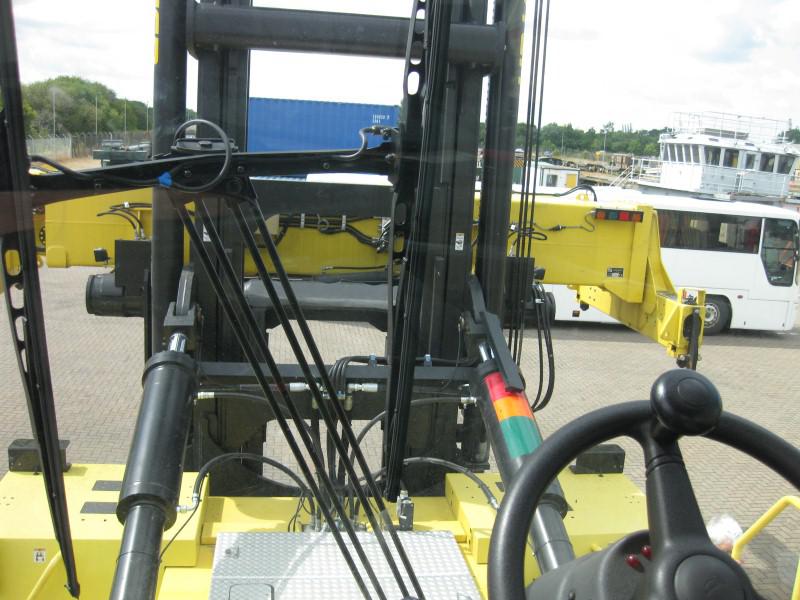 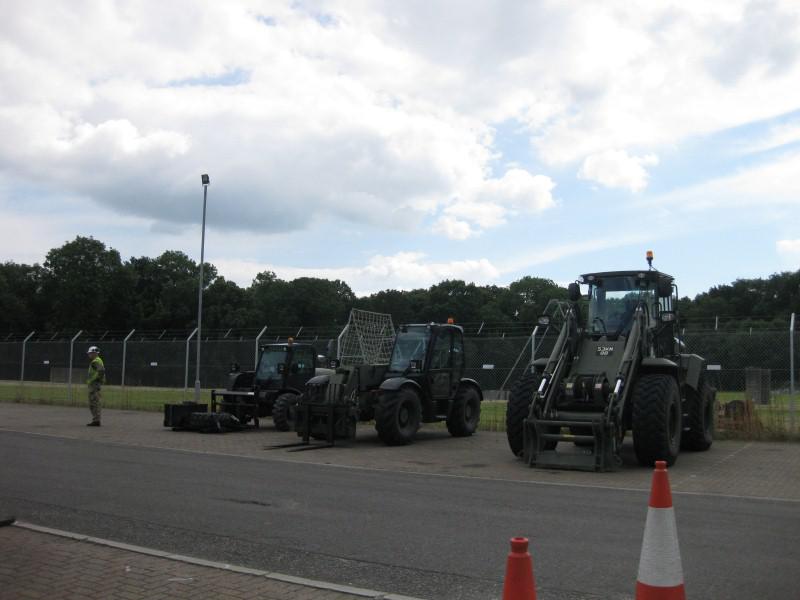 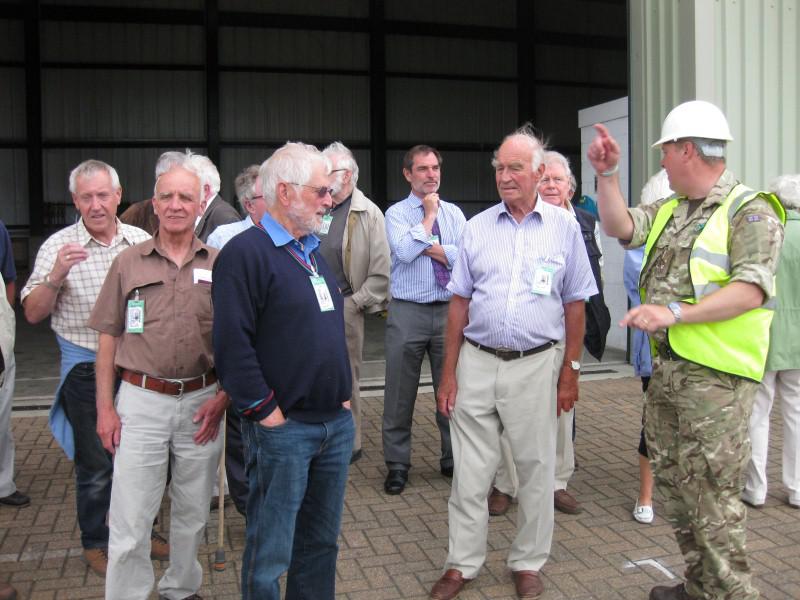 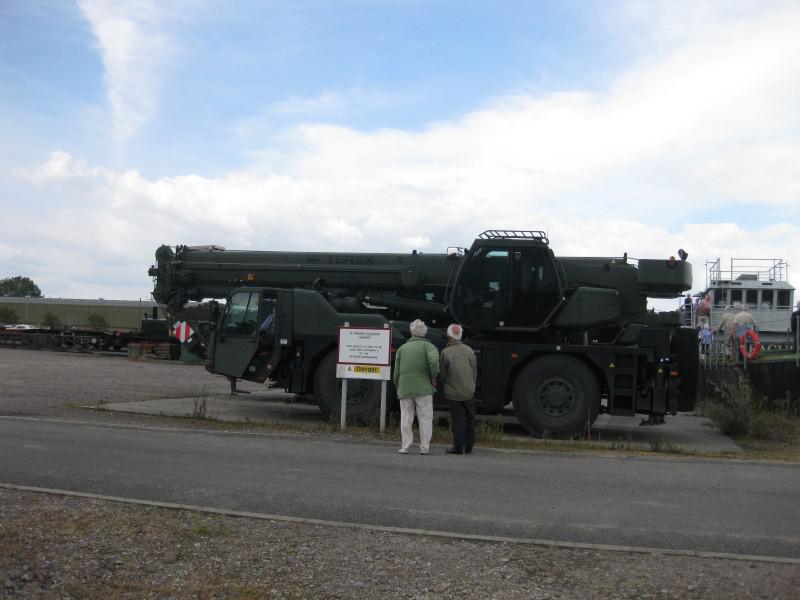 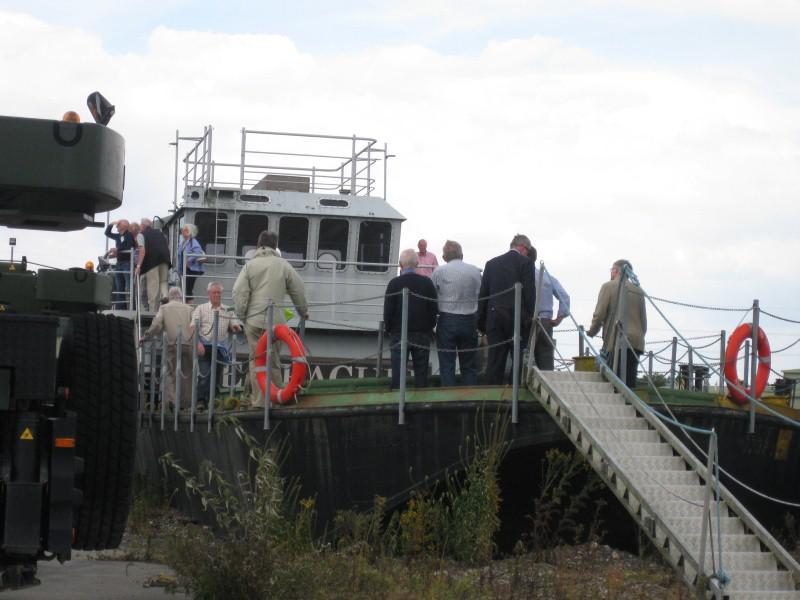 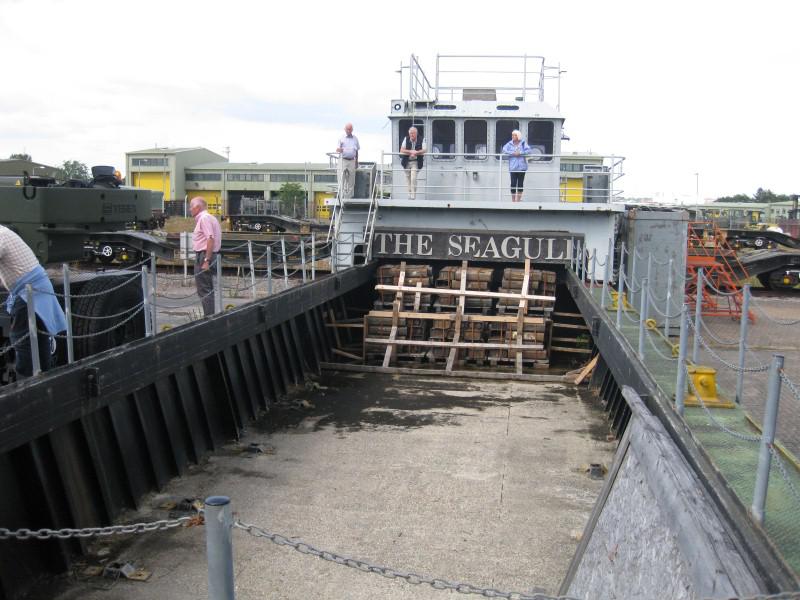 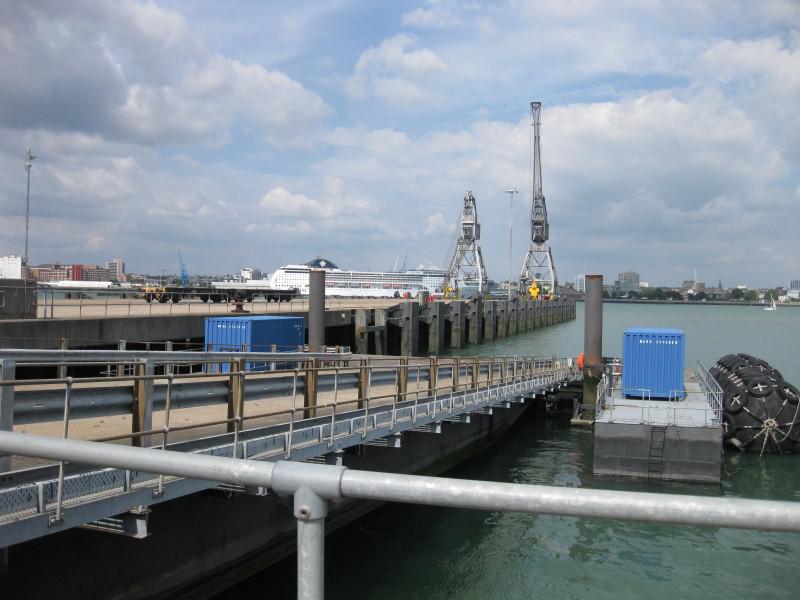 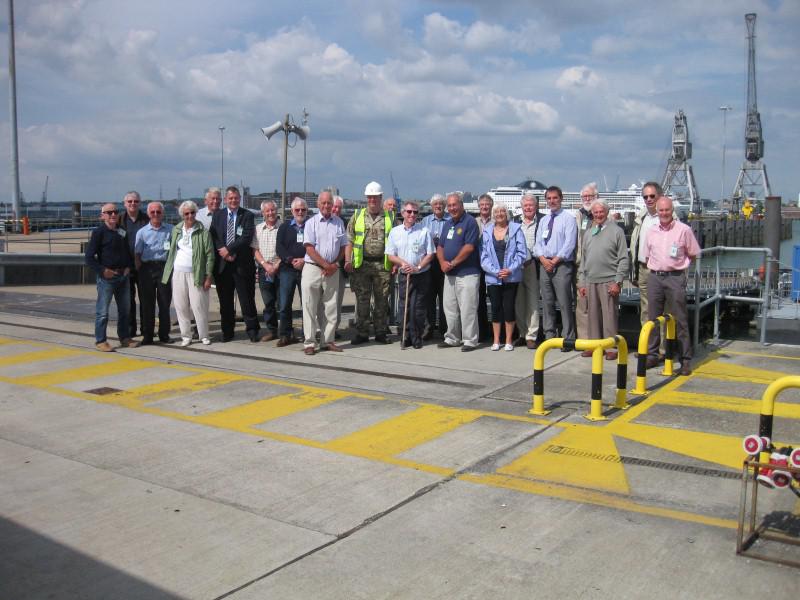 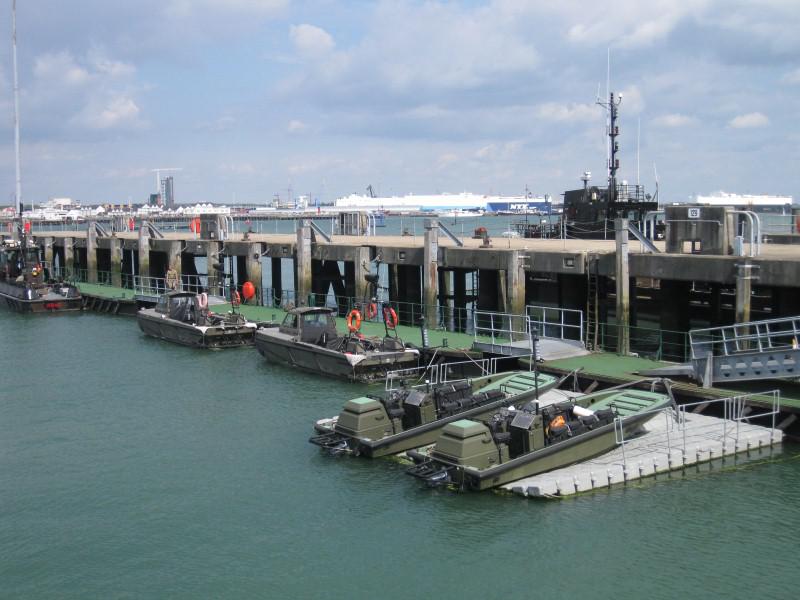 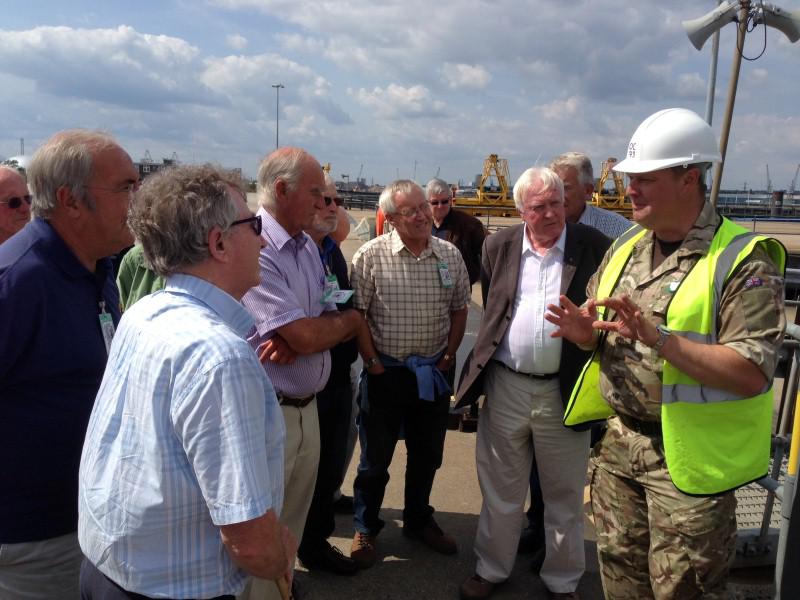 On 9 July we made our way to the Marchwood Military Port and went through tight security to enter. We were then taken under the wing of Major Spencer LeGrandethe Officer Commanding 73 Training Squadron and after  excellent presentation we toured the Port in a bus, getting out at the key areas.

During the presentation Major leGrande explained that his Squadron trained military personnel, from all services, including Navy,Marines, S.A.S. and R.A.F in the use of a huge range of vehicles as diverse as mobile cranes, ribs and watercraft, tanks and bulldozers. These would be transported around the world, curreltly being brought back from Afganistan, and  would then be driven or unloaded from the ships at Marchwood, driven to  storage areas or onto railway flatbeds. Those trained, depending on their level, would be not only drive but be able to operate every vehicle transported.

We were intreagued to hear that the Squadron were OFSTEAD inspected.

During the tour we saw a variety of the equipment, the difficult terrain practice area, the port itself (sadly no ships wer being unloaded) and an interesting old ship, the Seagull, well planted on dry land and wilth a concrete bottom, used to train the crane drivers in unloading and loading containers and other equipment.