Torquay Rotary Club is now part of the school 'families' at both Barton Hill Academy and Ellacombe Academy. 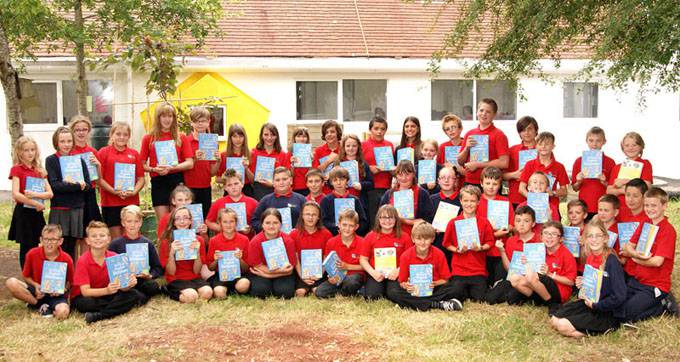 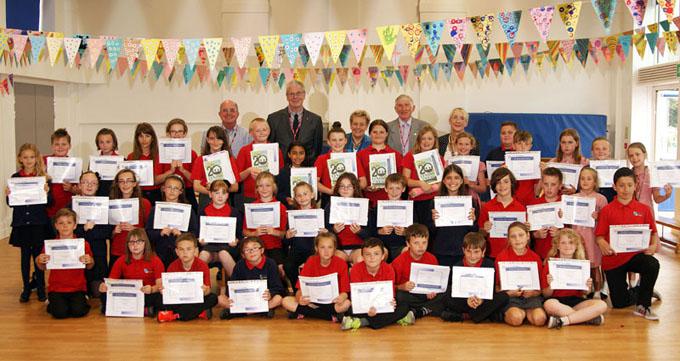 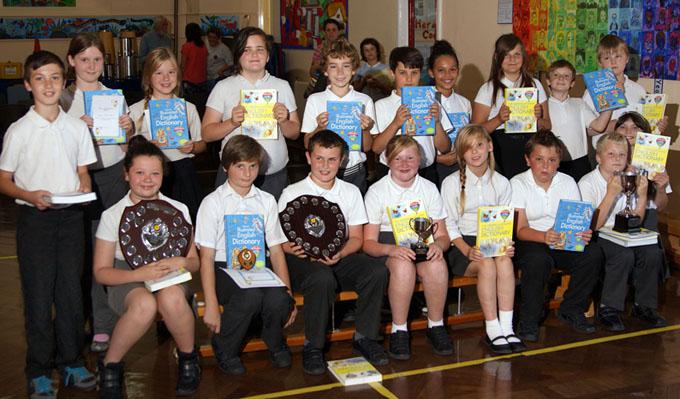 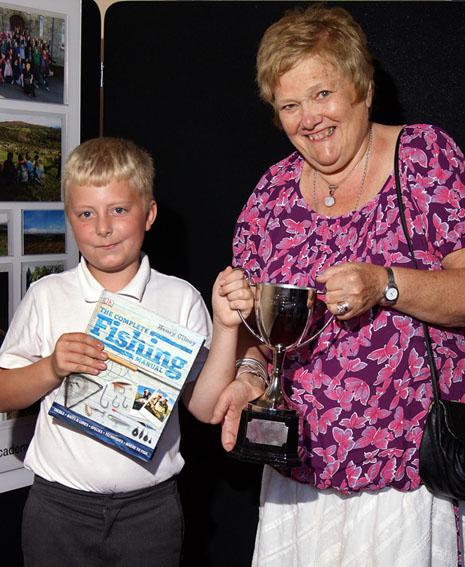 Commended and highly commended certificates were given to those who had taken part in the poetry competition which the club organises each year at the school. In addition there were poetry books for the individual winners from each class. Pictured with the children are, from left, Rotarians Geoff Randall, Martin Lemon, Viv Daubenspeck (who made the presentations), Trevor Brown and club president Lyn Smith. The hall sports the colourful bunting from the previous day's official reopening celebrations.

Pictured in the garden are this year's school leavers with the 'Dictionaries for Life' which the club gives annually to each pupil to help with their journey through secondary education. The dictionaries were presented by the club's immediate past president, Roger Avenall.

Another local school which the club supports is Ellacombe Academy, which also receives the Dictionaries for Life for those pupils who are leaving for secondary education. At a special assembly this year Past President Viv Daubenspeck presented the dictionaries to each pupil, and another member of the club, Past President Linda Dewis, presented a new prize, the John Dewis Rotary Memorial Cup, in memory of her late husband who was a popular member of the club before his sudden death in 2008.

Linda decided that her trophy should go to the student who had done particularly well with inspirational reading and the first recipient was Year 6 pupil David Leese.

more As part of our gardening project we have planted over 3,00 crocus corms with the children."Funds raised from the sale of these crocus bulbs will go towards the target of eliminating polio completely