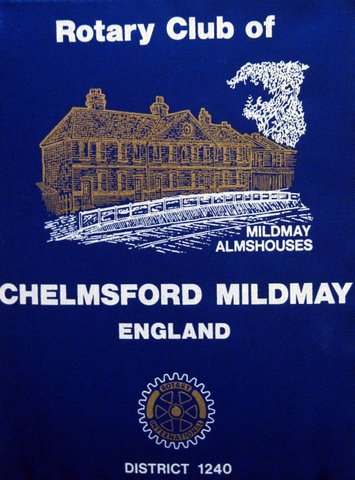 The Rotary Club of Chelmsford Mildmay was the second club to be chartered in Chelmsford (on 26 September 1972).  We are a lunchtime Club and meet every Tuesday, from 12.30 onwards for lunch at 1.00, at Little Channels, Pratts Farm Lane West, Little Waltham, CM3 3PR.

For the last 23 years our major project has been, and continues to be, the organisation of the Great Baddow 10 Mile Race and 2 Mile Fun Run in May. Not only are these Races a good fund raiser for charities we wish to support financially, they also provide a lively social event for the Great Baddow villagers.

A major project is to collect second-hand computers and related equipment from schools who no longer have need for them, we wipe the computers clean of all data, box them and pack them in sea containers, then ship them to Tanzania for re-use in schools in that country. This very worthwhile project was enabled not least by a former member of our club, who has returned to Tanzania to live and work there. The club is currently collecting equipment for the fourth shipment.

We have supported many charities that operate across the world, including WaterAid, Send a Cow and Shelterbox (a project started by a Rotary Club in Cornwall). Indeed, we send money every year to help the eradication of polio,  which project was inspired by a Rotarian in the Philippines, and which has seen the reduction in cases of polio in the world from 365,000 a year in 1985 to 359 a year in 2014.

More locally we support the Whitechapel Mission with a supply of second-hand clothes twice a year and have recently made donations to Chelmsford MIND, The Children's Society, Thriftwood School and the YMCA to name but a few.

One of our members was the leader of the 2007 Group Study Exchange team which went from our District to South Africa and Lesotho and included a visit to the town of Klerksdorp. As a result of that visit we are very pleased to have entered into a twinning agreement with the Rotary Club of Klerksdorp.

If you are interested in finding out more about becoming a member - see below. 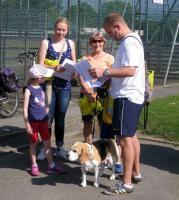 Become a Friend of Rotary

We have designed our Friends of Mildmay scheme just for people like you! 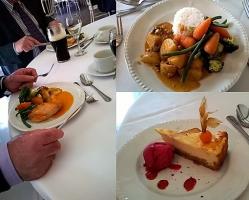 Visiting our Club - if a Rotarian

If you are a Rotarian from near or far and would like to join us for lunch you would be most welcome. Please see below for how to contact.

During the winter months Chelmsford Rotary Club invited the other Chelmsford Clubs and Rotaract to take part in a photograph competition. The subject being a winter scene in Essex. 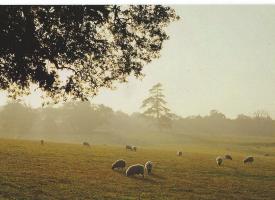