The December 2014 Technology Tournament was hosted by Cressex Community School 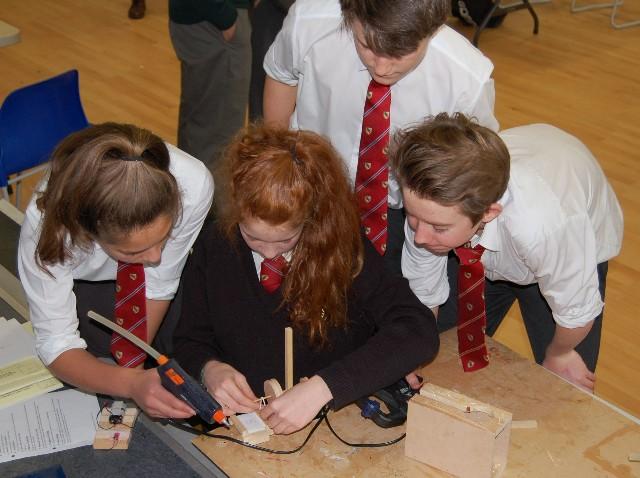 This year's challenge was to convey a miniature ShelterBox across an imaginary ravine where there was no bridge except a wire stretched between towers.  A ShelterBox was on display, and a video describing this marvellous project was shown while the Judges were deliberating. As usual the results were very close; winning teams were:

We were priviledged to be hosted by Cressex Community School, an ideal location to which we have been invited to return.

By holding the Tournament in December we thought it would be easier for schools to fit it in to their busy calendar.  This tactic was successful and we had 19 teams despite the necessary absence of some of our customary schools.

The day was rated a success.

We now have an effective affiliation with the STEM/CREST initiative who are encouraging schools to use the event as a step towards CREST Discovery awards.  Science Oxford, who administer the initiative in our area, helped us by distributing an invitation to all the schools and colleges on their books. 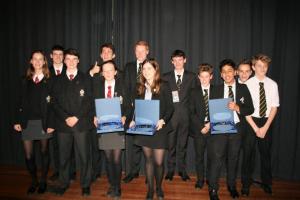