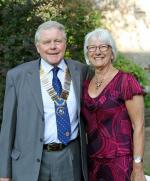 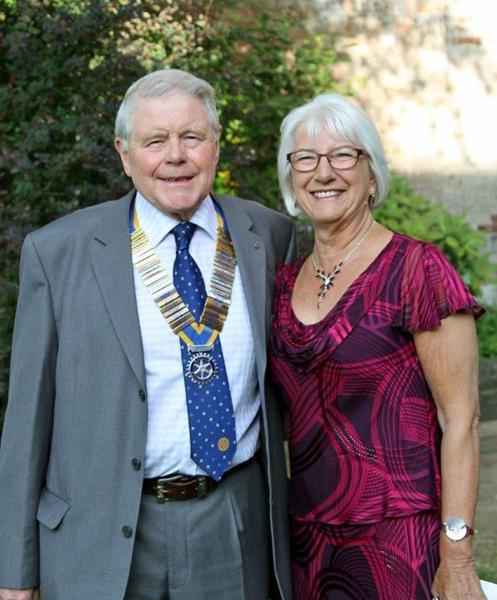 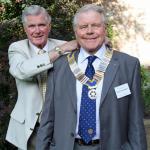 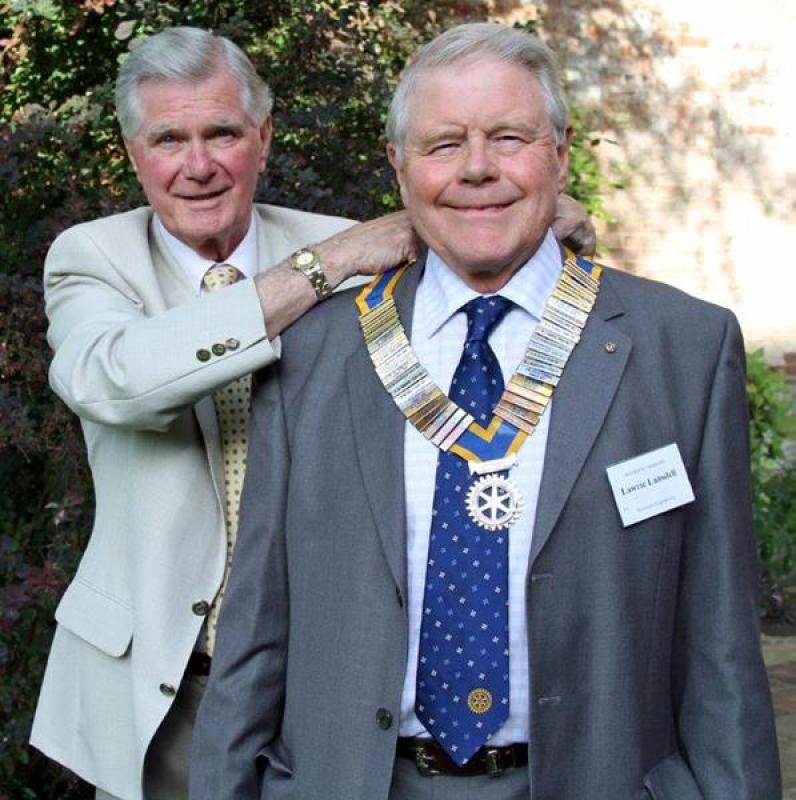 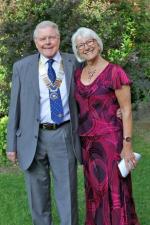 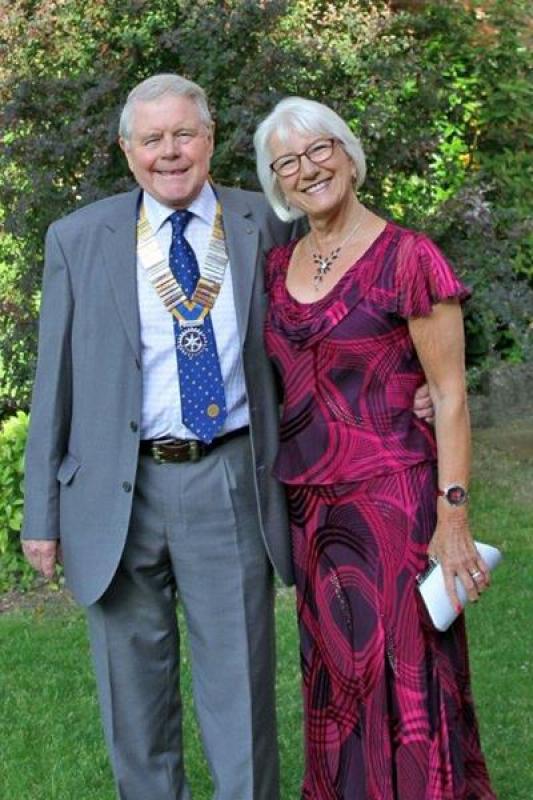 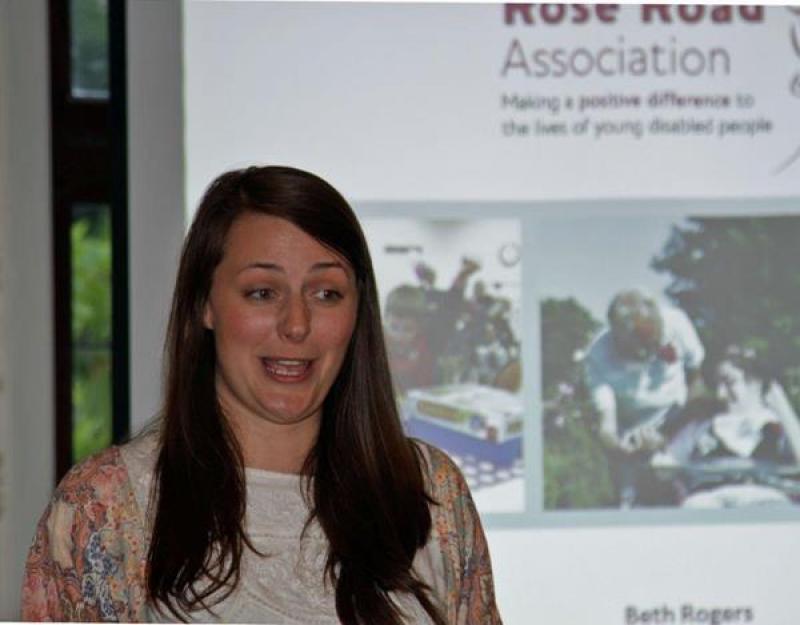 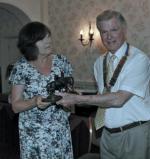 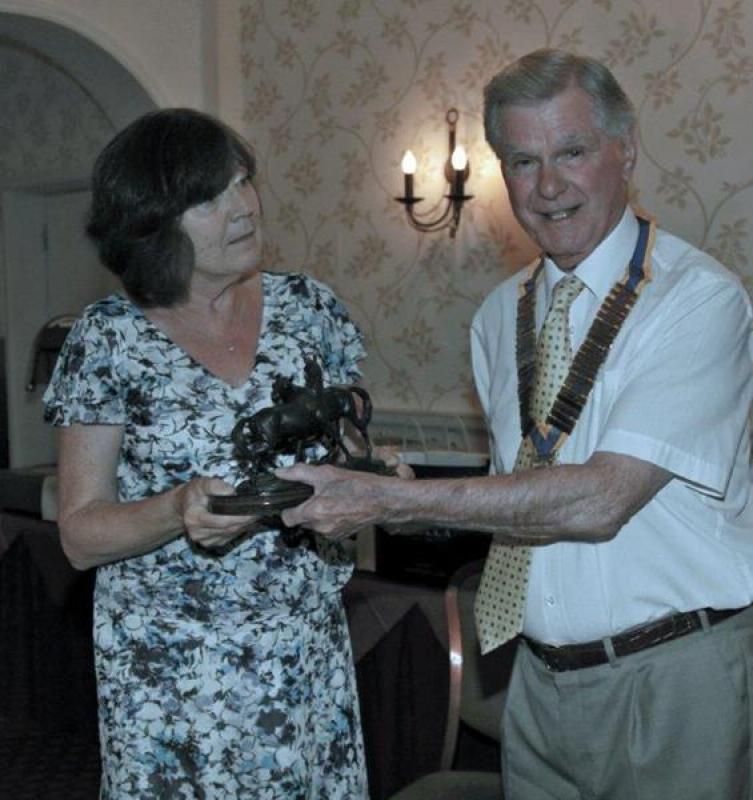 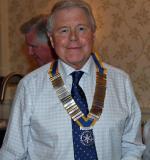 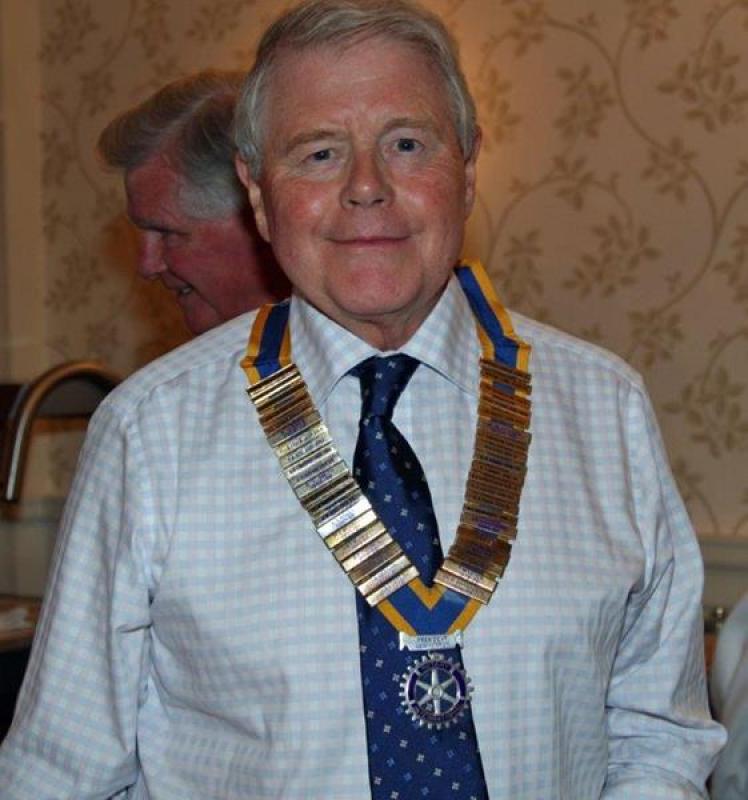 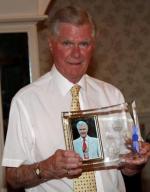 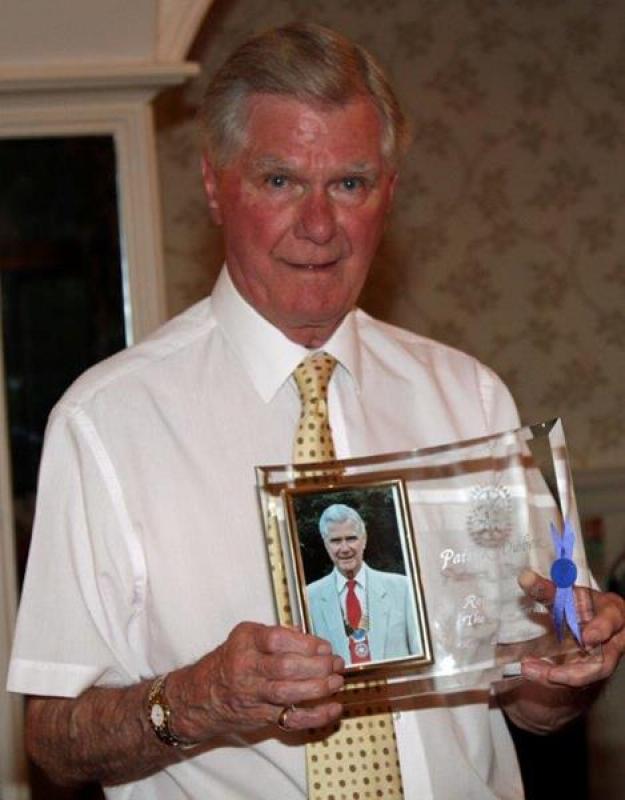 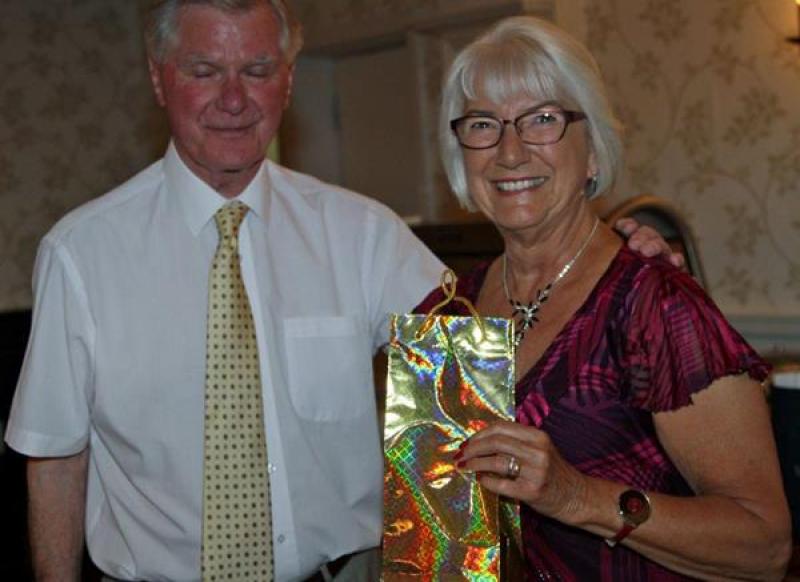 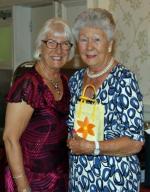 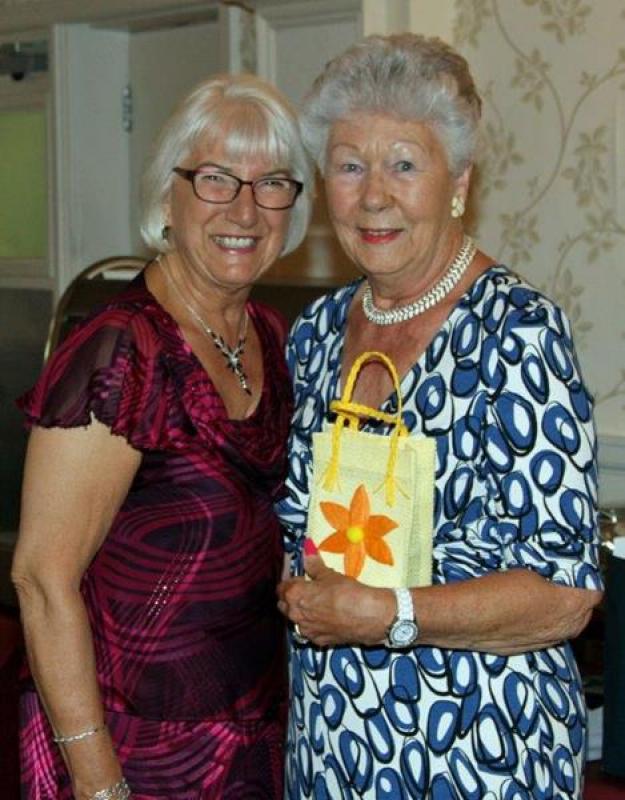 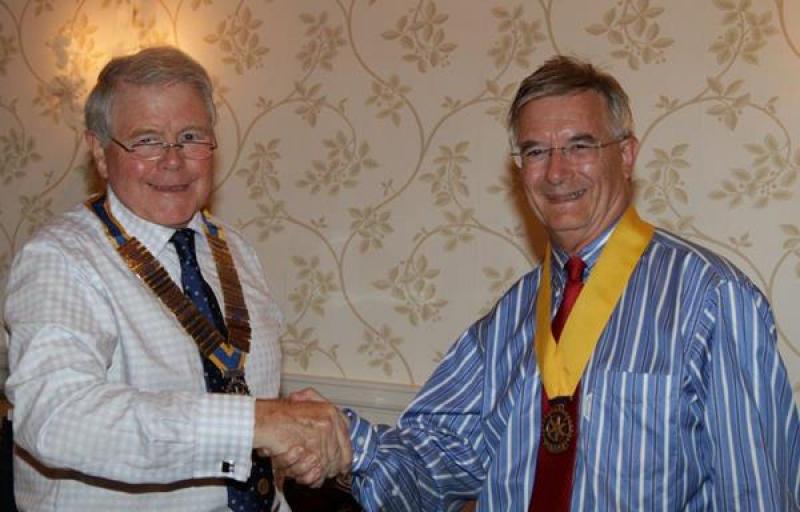 REPORT AND PHOTOS BY RAY DAWES

The Friends and Family meeting on Monday 6 July was our Presidential Handover night which marked the end of Patrick’s very successful presidential year of office and the official handover to our incoming President Lawrie Lansdell. There was a good turnout of 60 Rotarians and partners on the evening with two special guests from the Rose Road charity (which is one of Lawrie’s nominated charities for the forthcoming year). After dinner we enjoyed a very informative presentation from Beth Rogers, the fund raising manager for Rose Road. Beth has been a regular visitor to our club but as she is about to move to a new job at the YMCA charity Fairthorne Manor she introduced Sue Harbottle who is to succeed her at Rose Road.

President Patrick entertained us with his ‘end of term speech’ which included  a resume of the noteworthy highlights from his year of office,  in particular the various fund raising and social events, and making special mention of our 40th Charter Night with the accompanying impressive souvenir book produced by Ken Ball. He concluded by thanking everyone involved for their support in what has been a successful year but not before presenting the Mac Davidson award to Penny Baker which was met with resounding applause. Patrick then congratulated Lawrie at the start of his term of office and invested him with the Presidential chain of office.

President Lawrie then gave us a short speech about his aspirations for the new Rotary year which included - the quest for new members; exploring alternative meeting venues; continued support for our Rotary Charity Golf Tournament; Christmas collections and Gateway Club. In conclusion he said he wanted to continue the legacy of being a warm and friendly club, enjoy our activities and above all have fun!