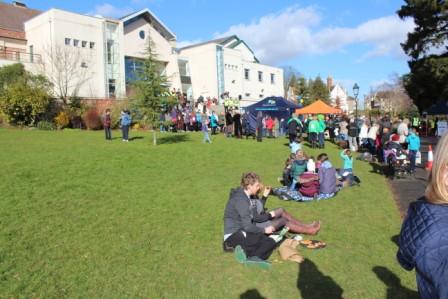 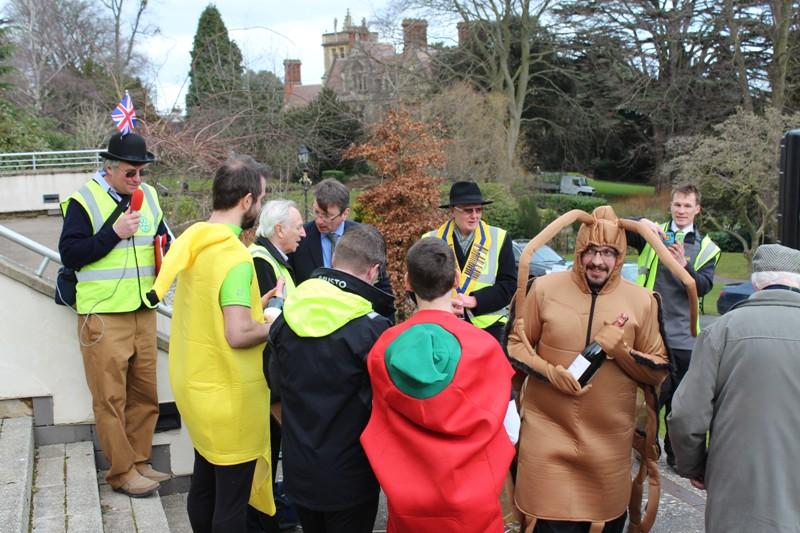 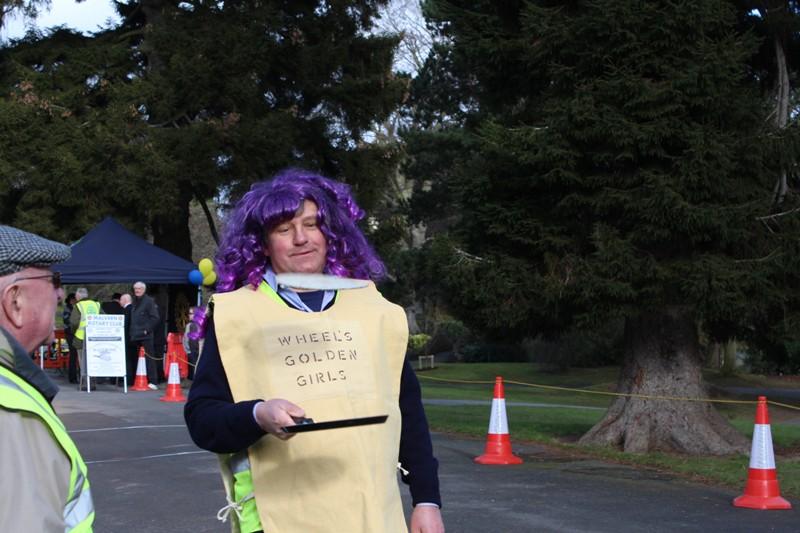 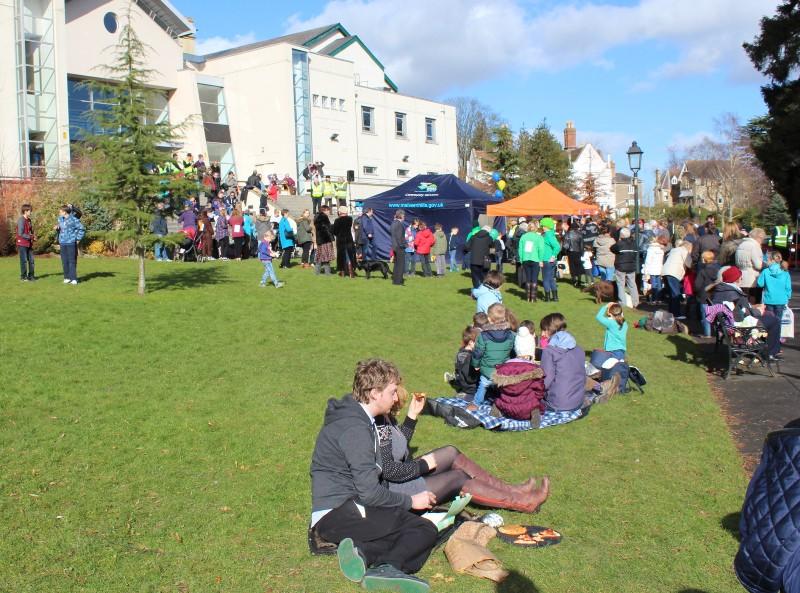 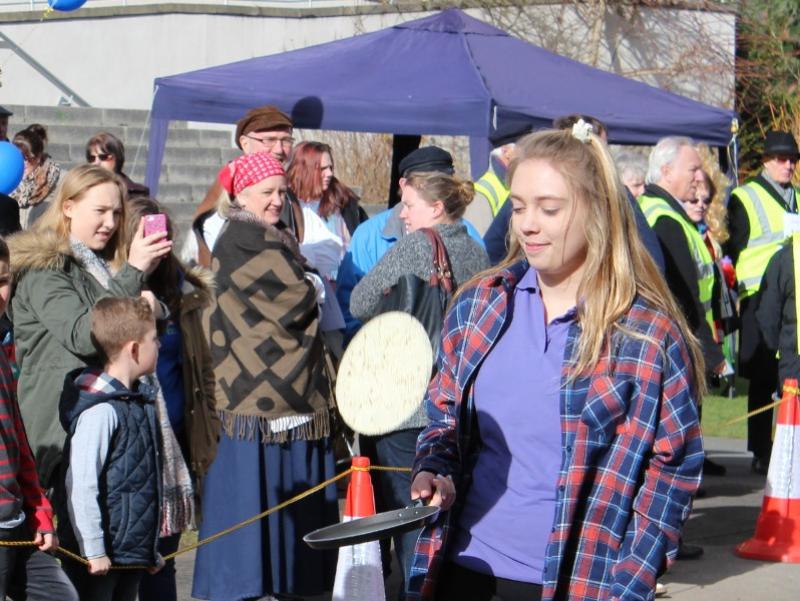 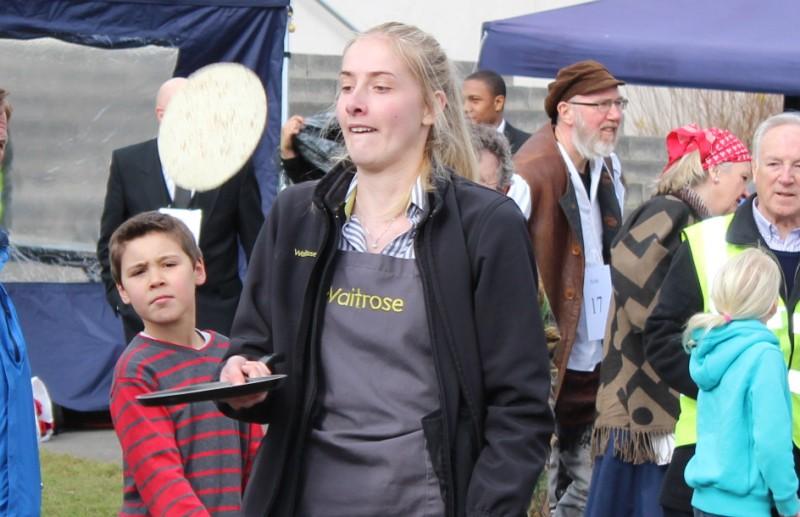 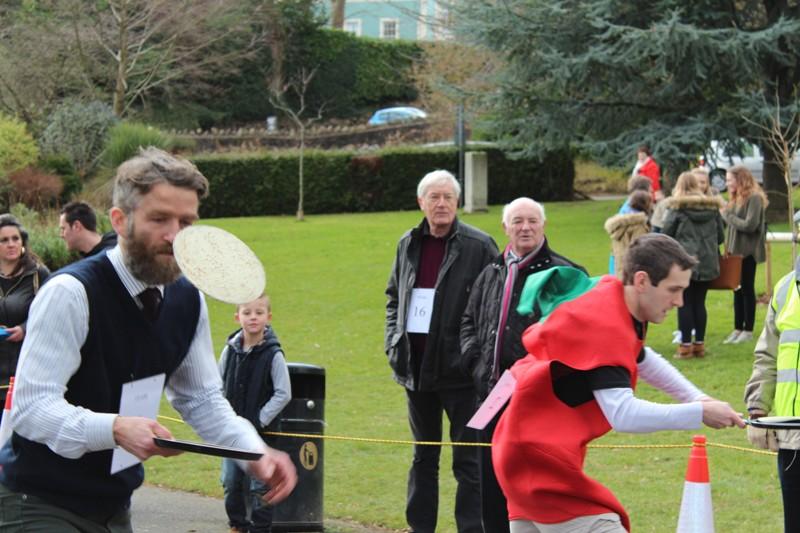 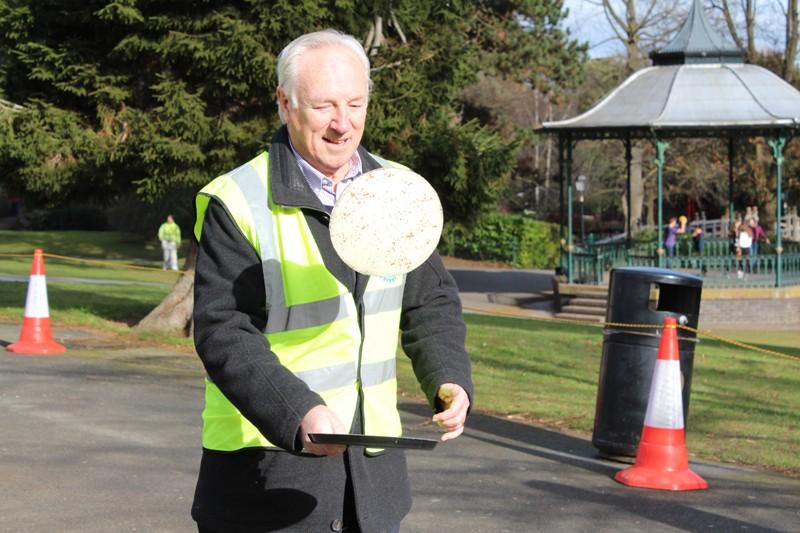 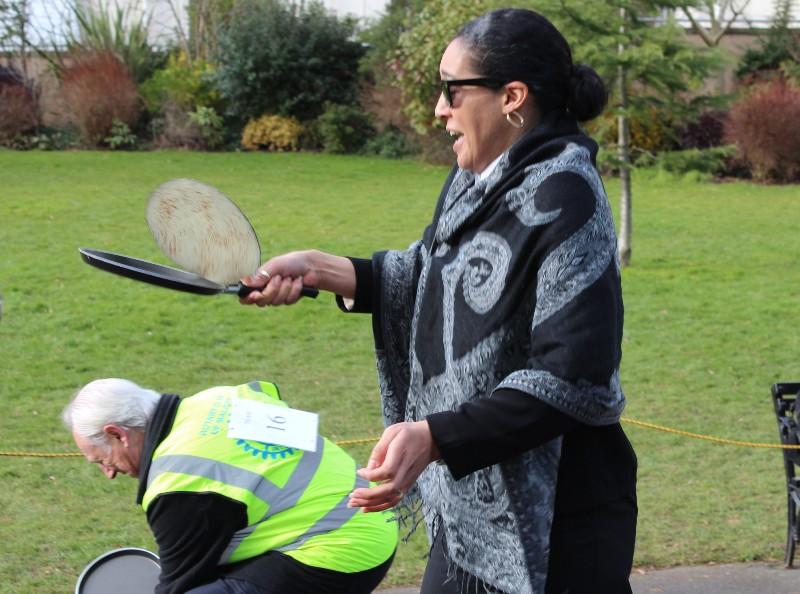 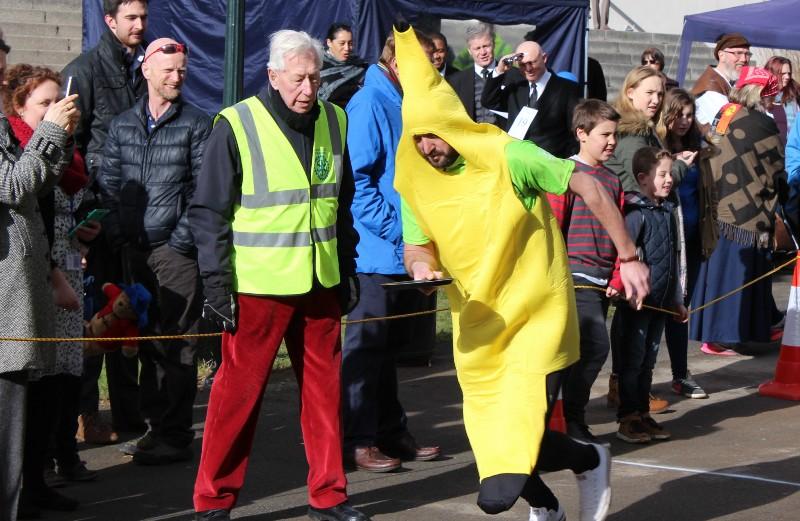 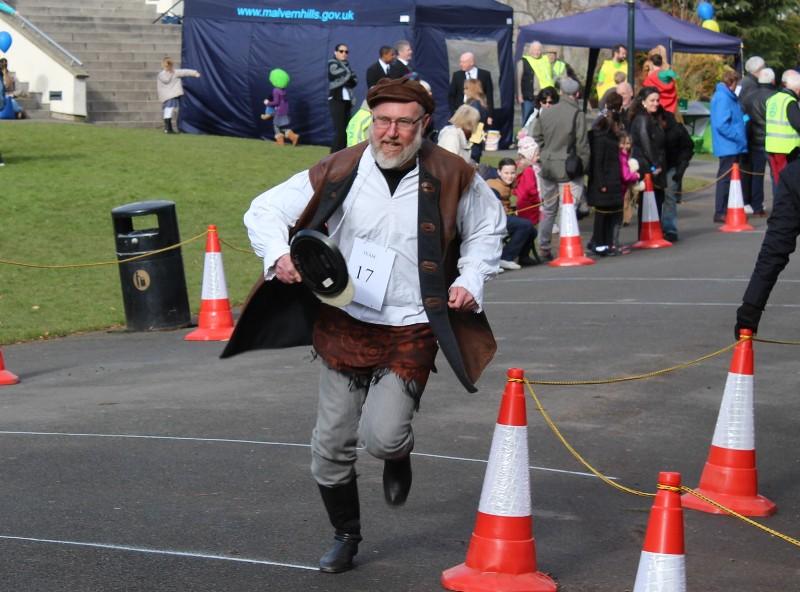 The seventh annual Pancake Race organised by Malvern Rotary club was held on Shrove Tuesday 17th February and was blessed with good weather.

No fewer than 17 teams of 4 adults competed in the Elite and Veterans classes while 34 toddlers thoroughly enjoyed themselves and each was rewarded with a certificate and goody bag courtesy of Waitrose. School age children will be most welcome next year when we will again hold the event during half term holiday.

The Elite contest was won by the 'Flippin' Council' and the victorious veteran team, inappropriately named Men in Black (since one contestant was a lady!) had travelled from Wolverhampton to compete. Best fancy dress prize went to 'Fiddler on the Hoof'; had there been a prize for the best pun then they would surely have won that too.

The event would not enjoy so much success without the invaluable contributions of our sponsors: