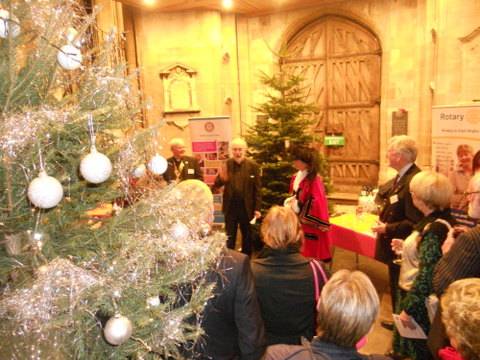 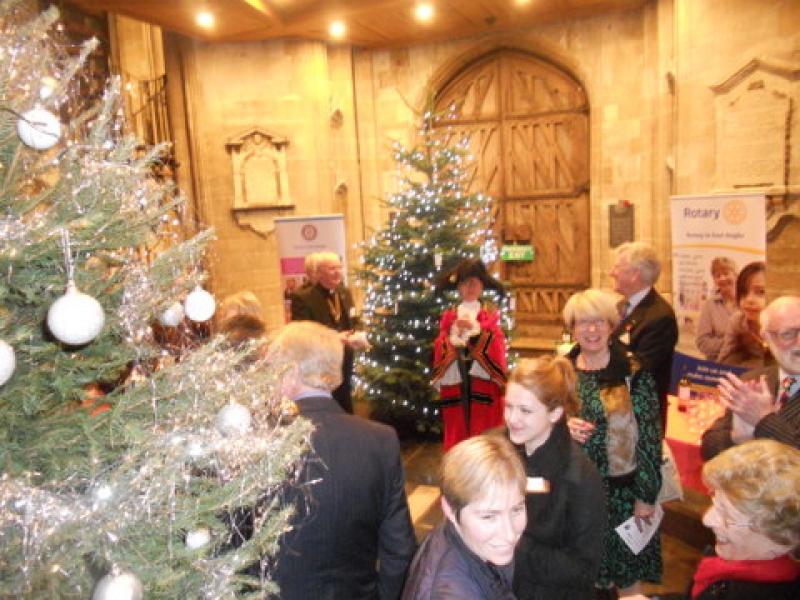 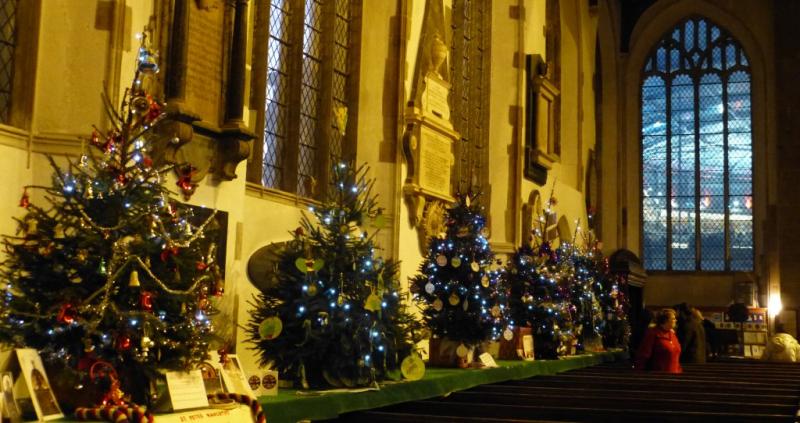 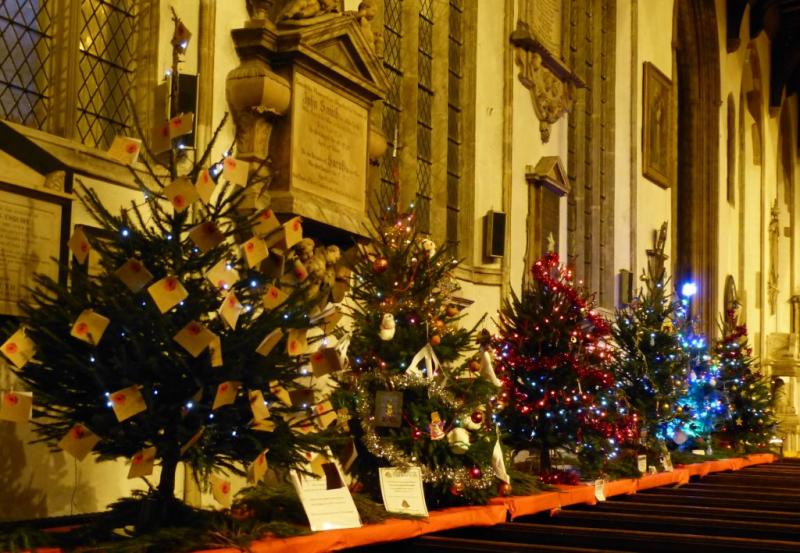 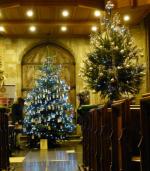 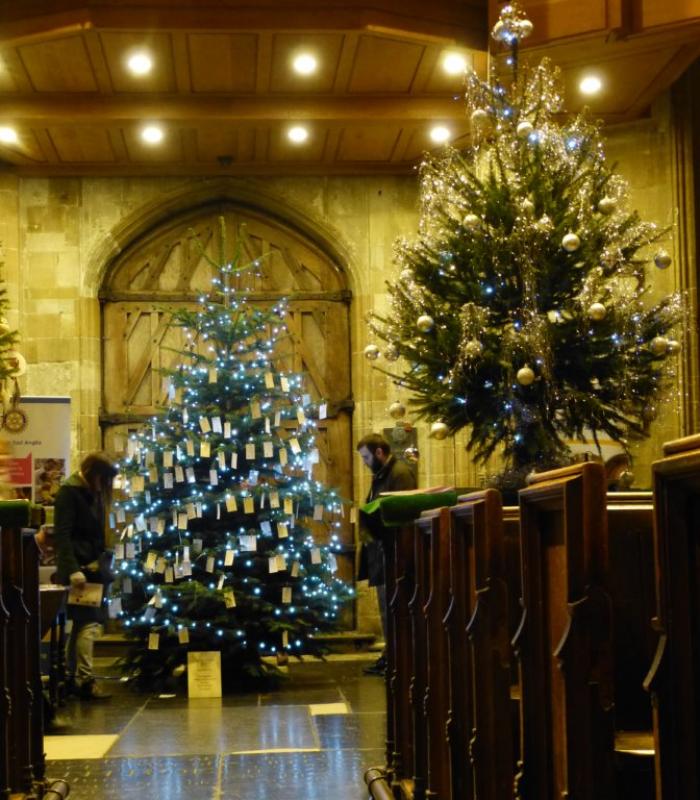 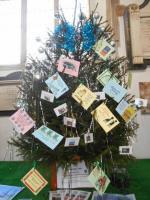 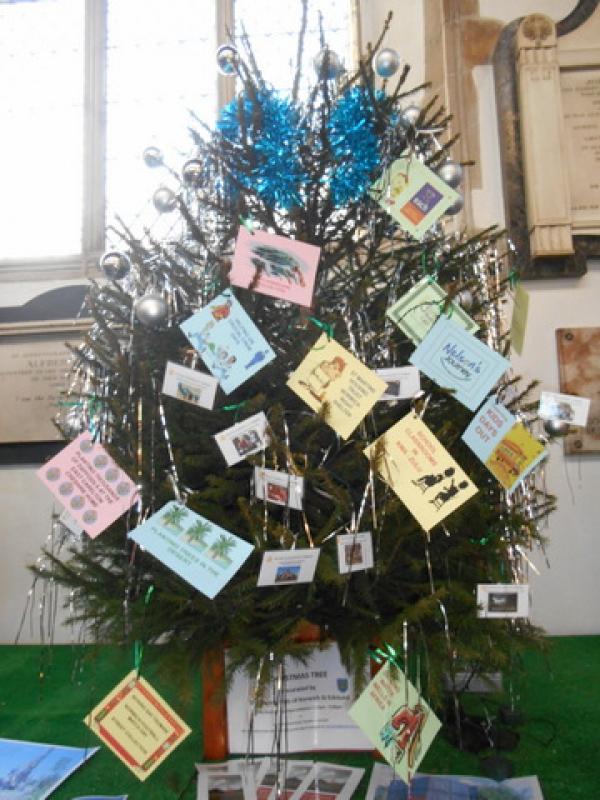 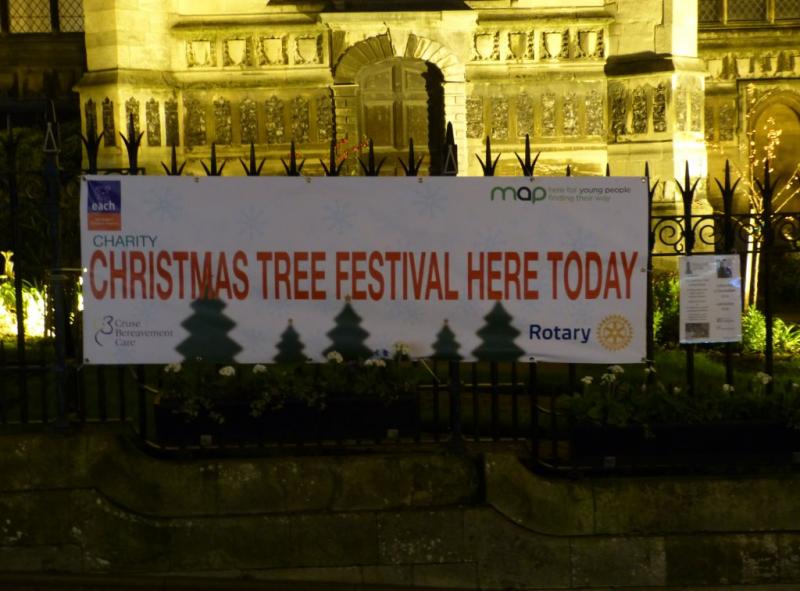 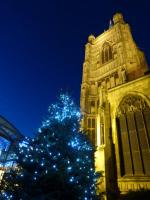 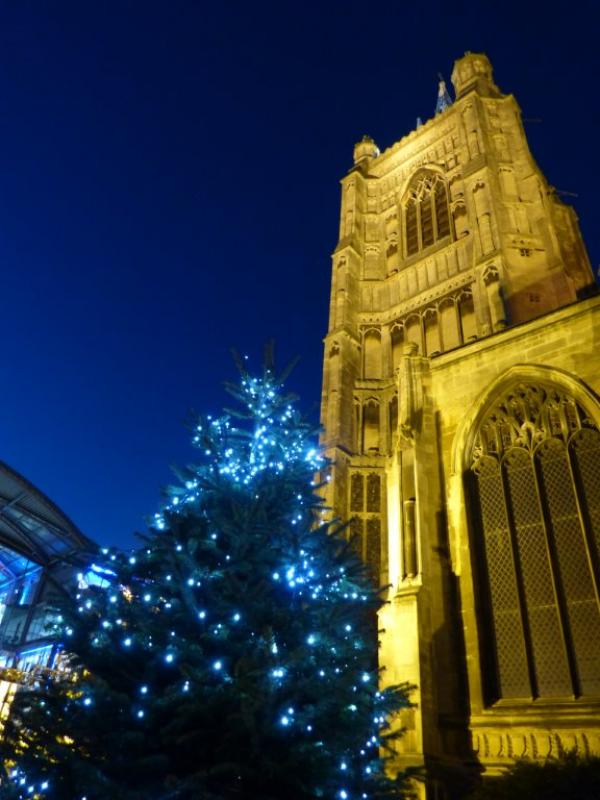 CHRISTMAS TREES LIGHT UP A CHURCH IN NORWICH

The Rotary Club of Norwich St Edmund organised its first Christmas Tree Festival in Norwich during the 1st week of December 2014, in St Peter Mancroft Church, which is one of the largest of the 31 medieval parish churches in the City.

On Wednesday 3rd December 2014, the Lord Mayor of Norwich, Judith Lubbock, officially switched on the lights of over thirty five Christmas trees placed on the pews in the Church.  Also attending the event was the Rev'd Peter Nokes, Vicar of the St Peter Mancroft, the Rev Philip Young, President of the Rotary Club of Norwich St Edmund and approximately 90 representatives of the organizations which participated in the Festival.

The trees and lights were provided by the Rotary Club but were decorated and showcased by local business and professional firms. Four schools also participated in the Festival. Also  included in the Church was a large Memorial Tree which provided an opportunity for members of the public to make a dedication in memory of a loved one during and after the  Festival.

The Festival lasted for 4 days and produced a net profit of just over £5,000, with the main beneficiaries being the East Anglian Children's Hospice (EACH), Cruse Norwich and the Mancroft Advice Project.

The event was masterminded by PDG Barry Catchpole and a small team of willing helpers from the Club.