JIM AND BERYL'S WALK AND BBQ

An optional walk started at South Cottage. Most walkers took the 1 hour walk before and maybe not surprisingly nobody went on the 3 hour option. The non walkers arrived to be fed later. 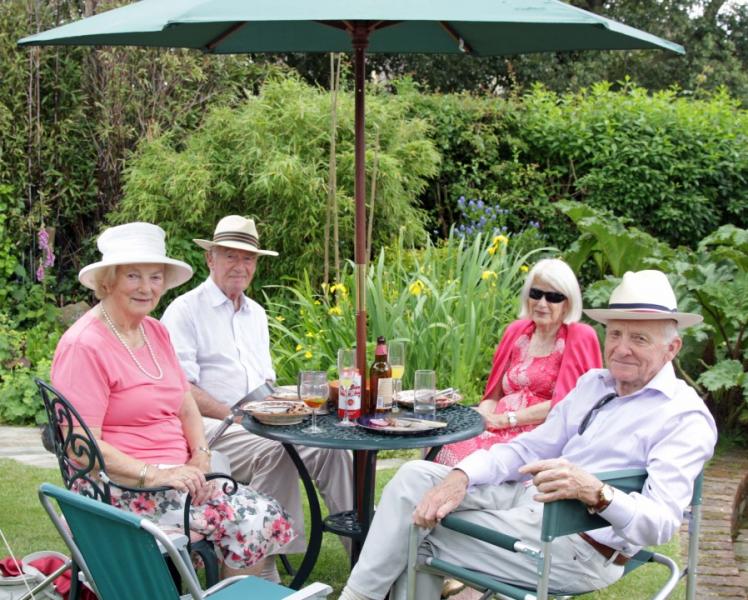 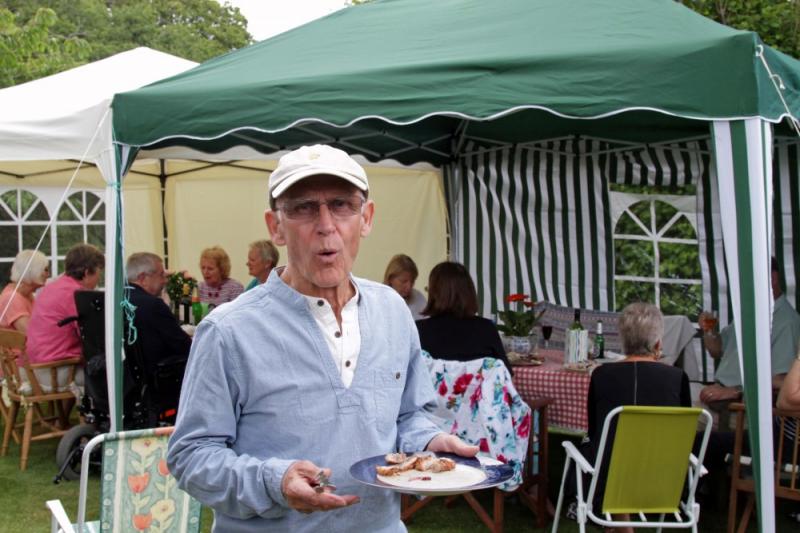 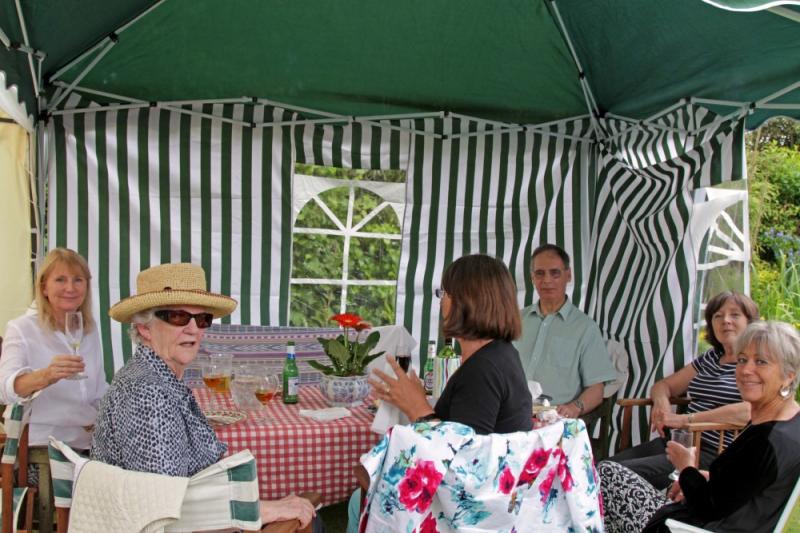 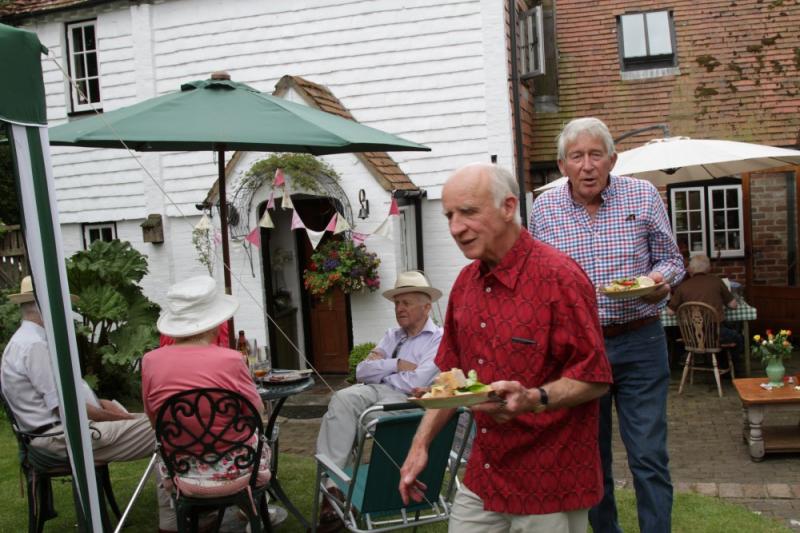 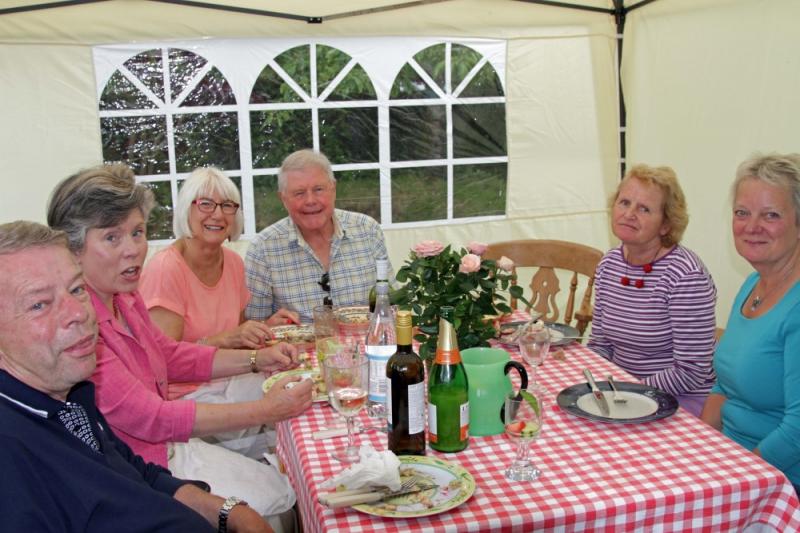 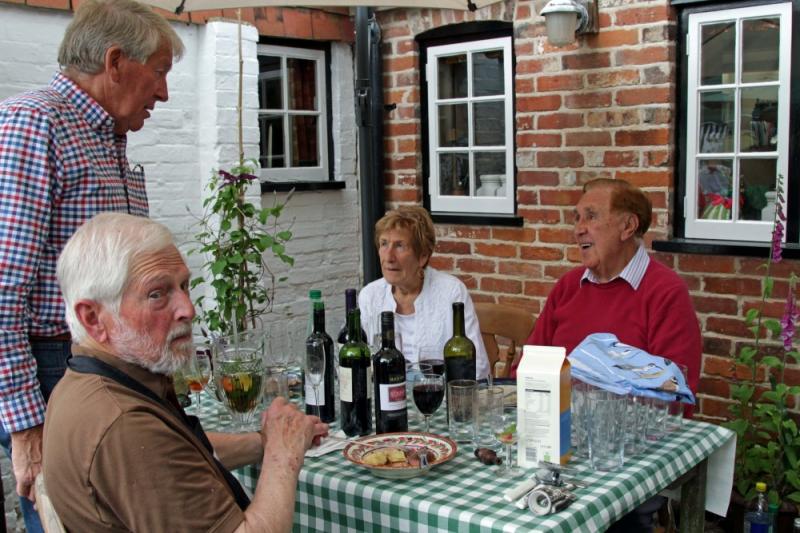 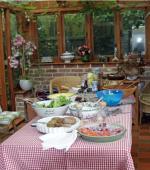 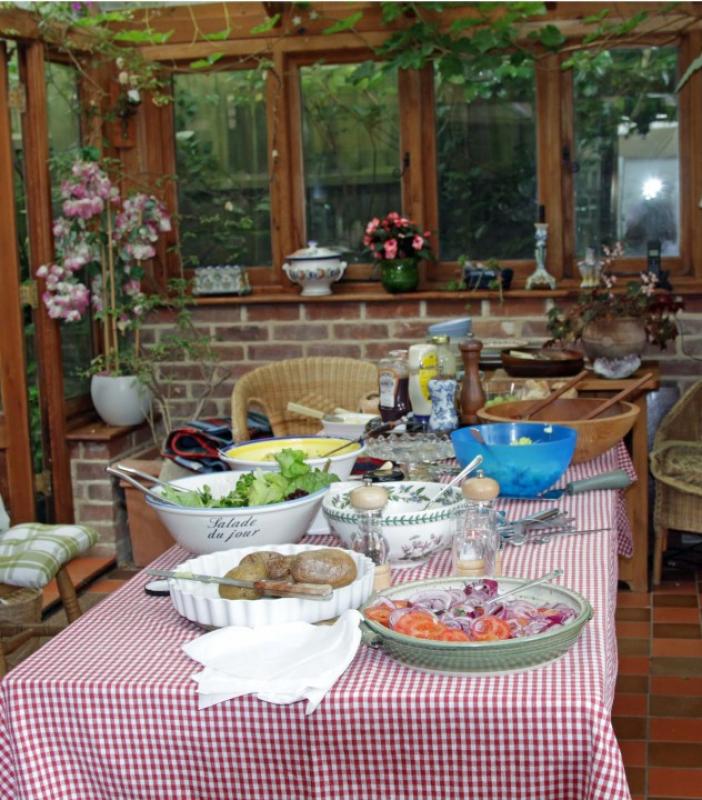 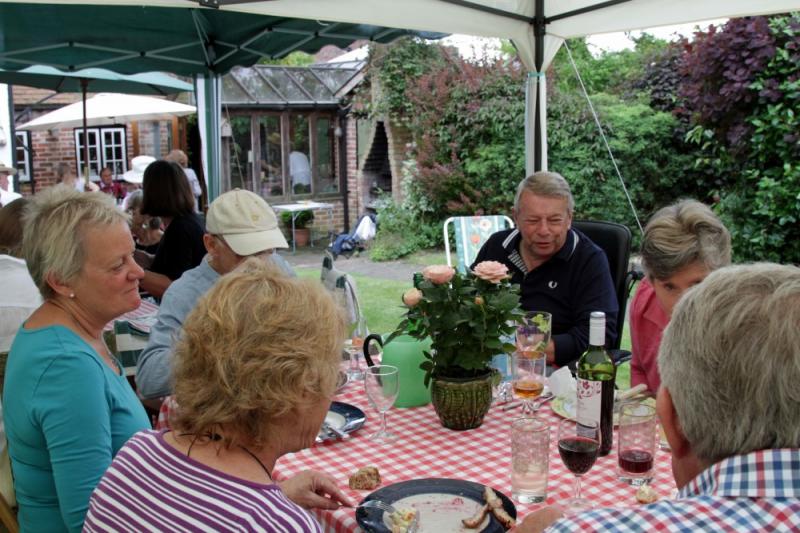 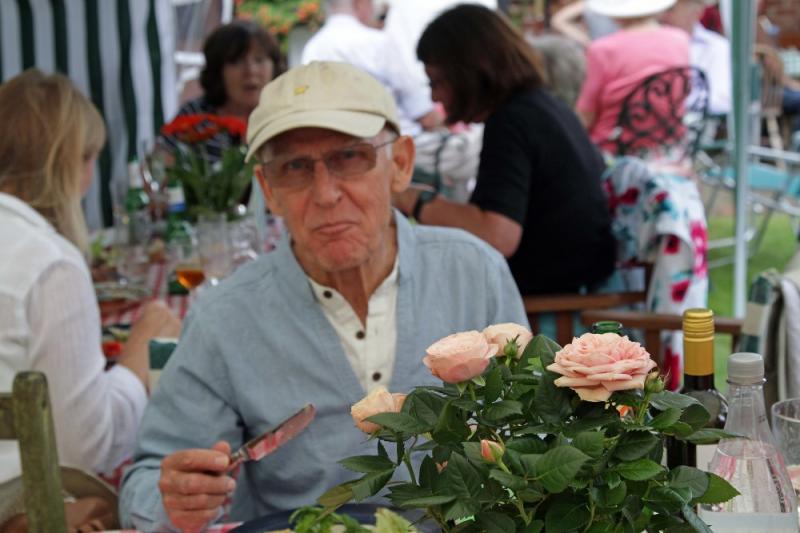 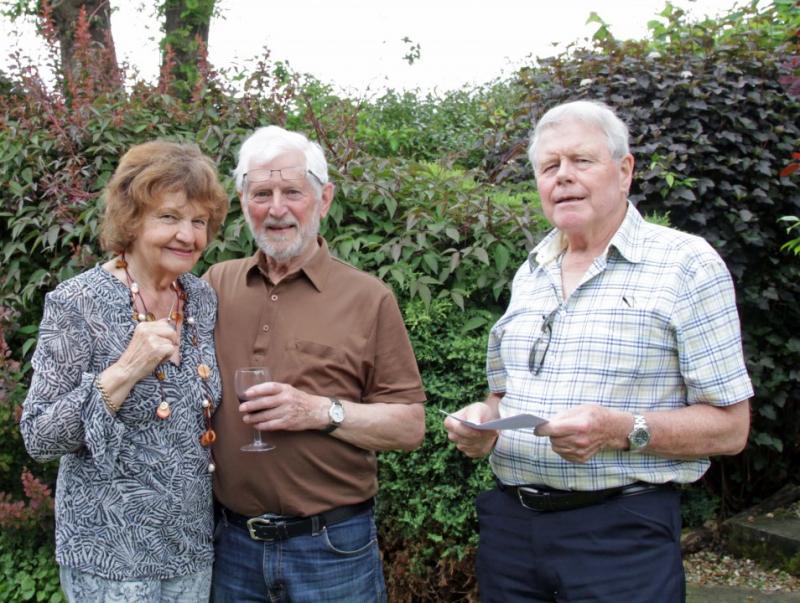 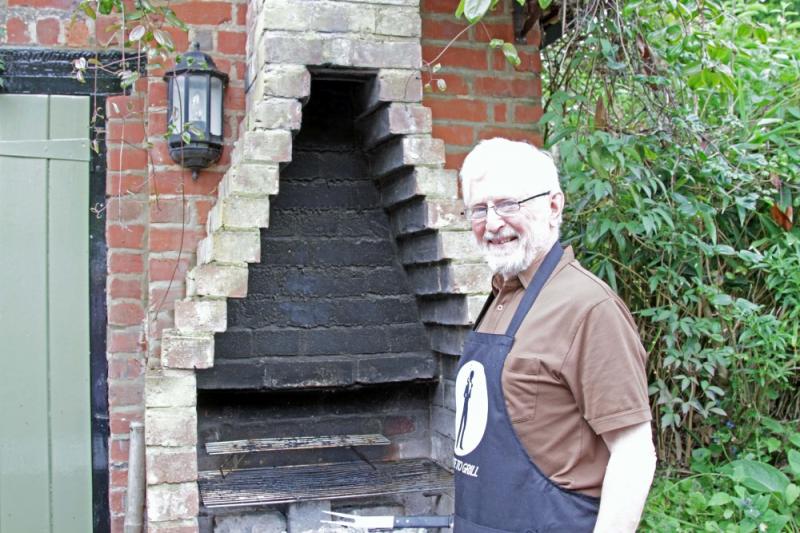 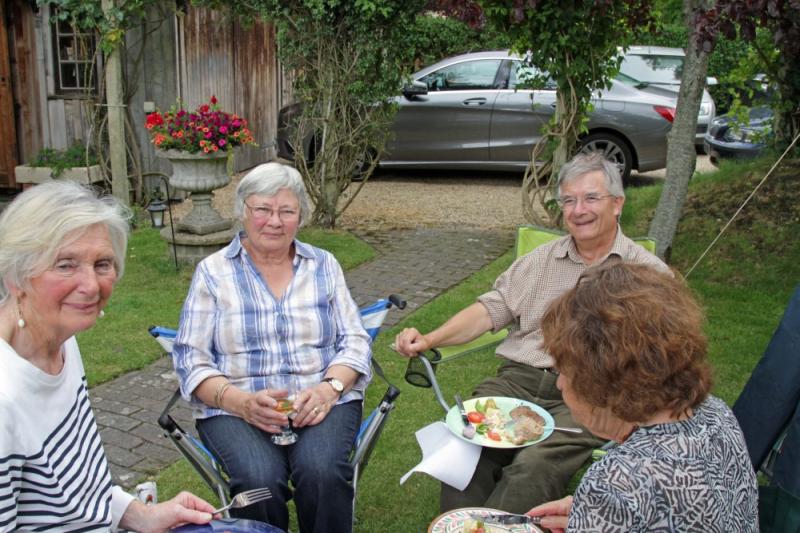 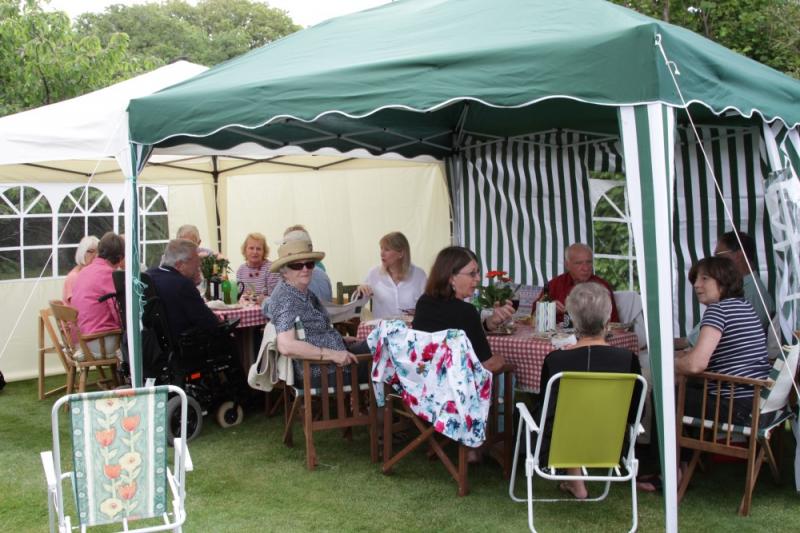 Well done Jim  and Beryl.  They organised a really enjoyable event. There was an optional walk which about half of the group of 24  took.  This was acxross Pennington Marshes and down to the sea wall where they were able to watch fascinated as the racing fleet from Keyhaven went backwards on the tide when the wind dropped.

The whole group gathered at 12.30 when JIm got the charcoal glowing on the unigue BBQ built on the wall of the privvy.  Pimms and Bucks Fizz got the afternoon off to a brilliant start and a magnificent spread was set up by Beryl using contributions from all. It was a beautiful afternoon with just about perfect weather. Jim displayed his usual highly skilled performance with the BBQ and the only complaints were of 'too much'. Jim produced masses of perfectly cooked meats from sausages to steak and all offers of financial contributions were politely declined.

We had a good crowd of the usual suspects present and it was good to see Clive there demonstrating his abilities on his powered wheelchair.