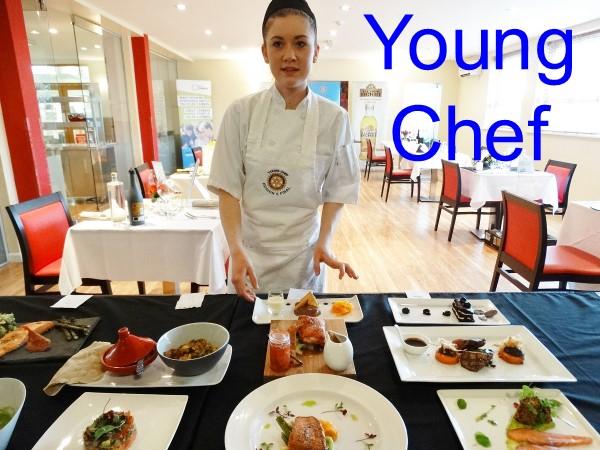 Sam, sponsored by Portishead RC, competed in the Young Chef National Finals in Wrexham with the 8 Regional winners.   There were 5 judges, including a chef from the sponsors, Filippo Berrio, a local Michelin* chef, and Tom Hamblet who was the winner of last year’s competition.  At the start the lead judge, Christopher Basten, Chairman of the Craft Guild of Chefs, explained to the contestants and supporters what they would be looking for.  This would include polished glasses and cutlery on the laid out table, hygiene, health and safety, evidence of no finger marks on dishes, clearing up as well as presentation and of course taste. The Rotary GB&I President awarded her with a certificate, a trophy and a cheque for £150.

When we arrived at Deeside College at 10.30 there was an element of trepidation because there were transit vans unloading equipment, provisions, microwaves etc, plus people carriers of supporters.  For me it was my first experience of a National Final so I had no idea of what to expect.  Once inside there was a very welcoming atmosphere, plenty of coffee with Sam, her Mum, and tutor off loading everything she required for the competition.

Believe me the 2 hours of cooking  time passed quickly.  Then we caught sight of the prepared meals which were phenomenal especially bearing in mind that the youngest taking part was only 13 with Sam being the eldest at 16.  6500 students started out on this journey which is the highest number ever, so to be in the last 8 they were all winners.

There were 5 judges, including a chef from the sponsors, Filippo Berrio,  a local Michelin* chef, and Tom Hamblet who was the winner of last years competition.  At the start the lead judge, Christopher Basten, Chairman of the Craft Guild of Chefs, explained to the contestants and supporters what they would be looking for.  This would include polished glasses and cutlery on the laid out table, hygiene, health and safety, evidence of no finger marks on dishes, clearing up as well as presentation and of course taste.  In total 100 points could be awarded.  And so it came to their decision which apparently was unanimous with a single point between first and second place.  After seeing the quality of the meals produced we were delighted that Sam was placed second.  The Rotary GB&I President awarded her, not with just the normal certificate, but with a trophy and a cheque for £150.

Sam has been an excellent ambassador for the Rotary Club of Portishead, District 1100 and our Region who has set a high standard for future competitors.  The Club Youth Service Committee are very proud of her success and thank her mother and tutors for all the encouragement and support they have given Sam along a very demanding route and wish her well in her future career in catering.

Having travelled through snow topped mountains we finally arrived at Builth Wells.  Whilst it is suppose to be pretty we never ventured out of the school as it was so cold!  There was plenty of support for the 7 candidates who took part.  Sadly the second representative from our District 100 had to pull out so everything rested on Sam.

The Head judge has been judging the competition for 17 years so had plenty of experience in selecting the winner.  Whether he had ever experienced the fire alarm going off mid way through the cooking is doubtful but cooking went on regardless.  Anyway after a couple of draining 2 hours waiting and seeing the judges deliberate in a separate room for what seemed to be ages, and a prolonged raffle the result was finally announced.  It took Sam several seconds to realize that she had won her Mum was in tears as was Paul Mingo West so now she is off to Wrexham on 25 April to compete against 7 other budding chefs.  To have reached this stage is fantastic not only for Sam, but for her school and in particular to Paul and Oliver who teach her and also for our Club who will be represented in a National Youth Final for the first time. Fresh from her recent success in Rotary’s young chef local final, Sam Rides from St Katherine’s School, Pill won the District heat of the  competition which was held on 28 February at Bourton-on-the –Water.

The three courses prepared by Sam were a Red mullet starter, followed by pork belly, root vegetable bubble and squeak and caramalised rhubarb rounded off with a delicious dessert of chocolate mousse.

The three professional judges David Kelman from Ellenborough Park Hotel, Nik Chappell from Lower Slaughter Manor Hotel and Mark Coleman from Farncombe Conference Centre all complimented her on the presentation and taste of her dishes.

She will now compete in the Regional final to be held in Builth Wells on 14 March.  Sam, sponsored by the Rotary Club of Portishead, was over the moon at her success and says she can’t wait for the next round and represent St Katherine’s in the Rotary Young Chef’s National final. 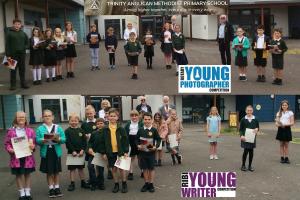 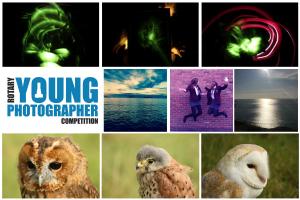 Images from our Youth 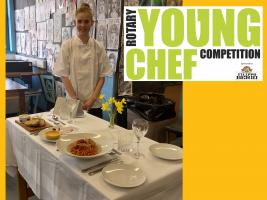 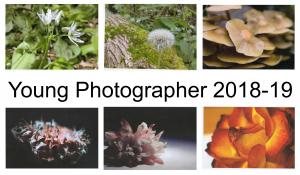 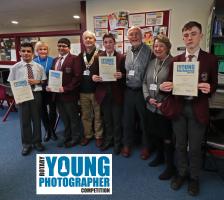 more ​Every year we organise a competition to challenge our young photographers. This year students from St Katherine’s School in Pill entered for the first time 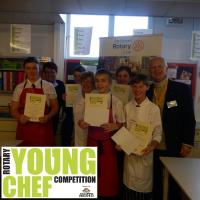 more Our culinary challenge to Youth 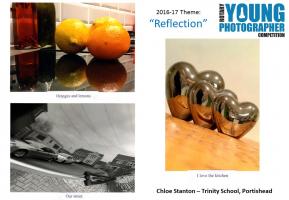 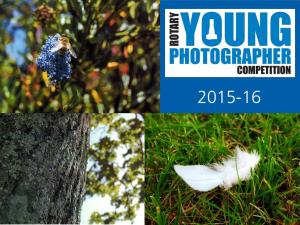 more Our challenge to budding photographers 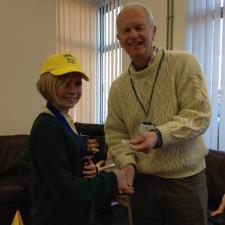 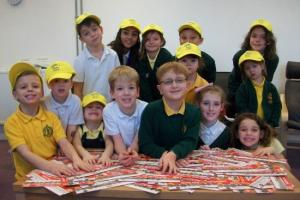 back Projects and competitions that address the youth in our community ...