Nantwich May 30, 2018:   The Rotary Club of Nantwich is starting a new Rotary club for the South Cheshire area.  This will be different from the existing Rotary clubs as its focus will be on business networking. However it will maintain rotary standards and ethics of “ Service above Self” but will incorporate the concept the “Givers Gain”.

The first meeting will take place at the Nantwich Bookshop on Wednesday 13th June from 7.30am to 8.30am.

Initially the new club will be heavily supported by the Rotary Club of Nantwich who meet weekly at the Civic Hall, but as they become established they will be able to carry out their own activities to support the local and international communities.

Said President Tony Hoy:  “The existing club is very active raising funds for many local charities such as St Luke’ s Hospice and the Nantwich Museum.  This year members will have fun helping with the organisation of the Nantwich Food Festival.

“The club also provides a mentoring service to children at Brine Leas and Malbank schools as well as supporting Rotary competitions such as Young Photographer of the year. Our annual art competition for all Primary Schools is a highlight of our many and varied youth activities.”

The International Committee has strong links with the Rotary Club of Himalayan Gurkhas where our significant aid has helped Nepal to recover from major earthquake destruction. And in the past four years the Club has supported over 2,680 entrepreneurs, created 814 jobs and helped 8,280 family members in some of the poorest parts of the world.  They have managed this through LendwithCare, a revolutionary way to help some of the world’s poorest people work their way out of poverty with dignity.  We donate funds to Rotary’s global charity – the elimination of Polio worldwide which has almost been achieved.

“The list of our activities goes on, but there is so much more that can be done by the next generation of Rotarians possibly in a different way to the more traditional way adopted by established clubs like ourselves, whilst also incorporating business networking.”  concluded Hoy.

Could this new satellite include you? Come along and find out. Please contact Tony Coxhill on 07770 988208 or tonycoxhill@uwclub.net for further details, or simply come along to the Nantwich Bookshop on Wednesday 13th June at 7.30am.

The Rotary Club of Nantwich has been very busy promoting the club and it’s many activities.  In the past year the club has issued 13 press releases - one a month, all of which have been used in at least one media outlet - either print or on-line.  This will continue for 2016/17 and will further enhance the reputation and awareness of the club through the local and regional communities.  In addition, the club’s Twitter and Facebook presence will be re-activated, which will further enhance our presence.

The stories to be released in the next 12 months will include: our many and generous donations to local charities; important club appointments (our first ever woman President); coverage of our annual Santa visit to the town; our Primary School Art and Handwriting Competition (over 800 entries this year!), and the various happenings and fund-raising on behalf of our good friends in Nepal.

Twinning with the Himalayan Gurkhas

Twinning with the Himalayan Gurkhas 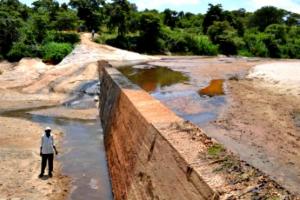 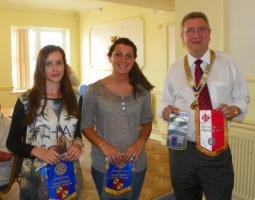 Details about The Rotary Club of Nantwich