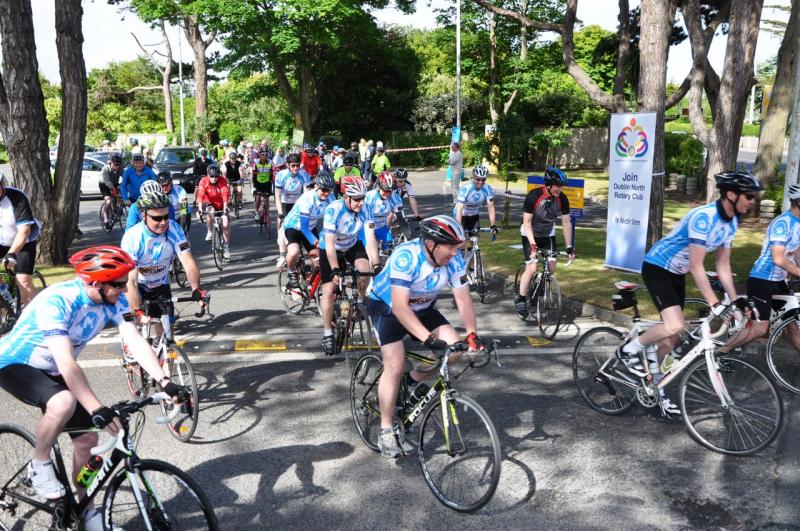 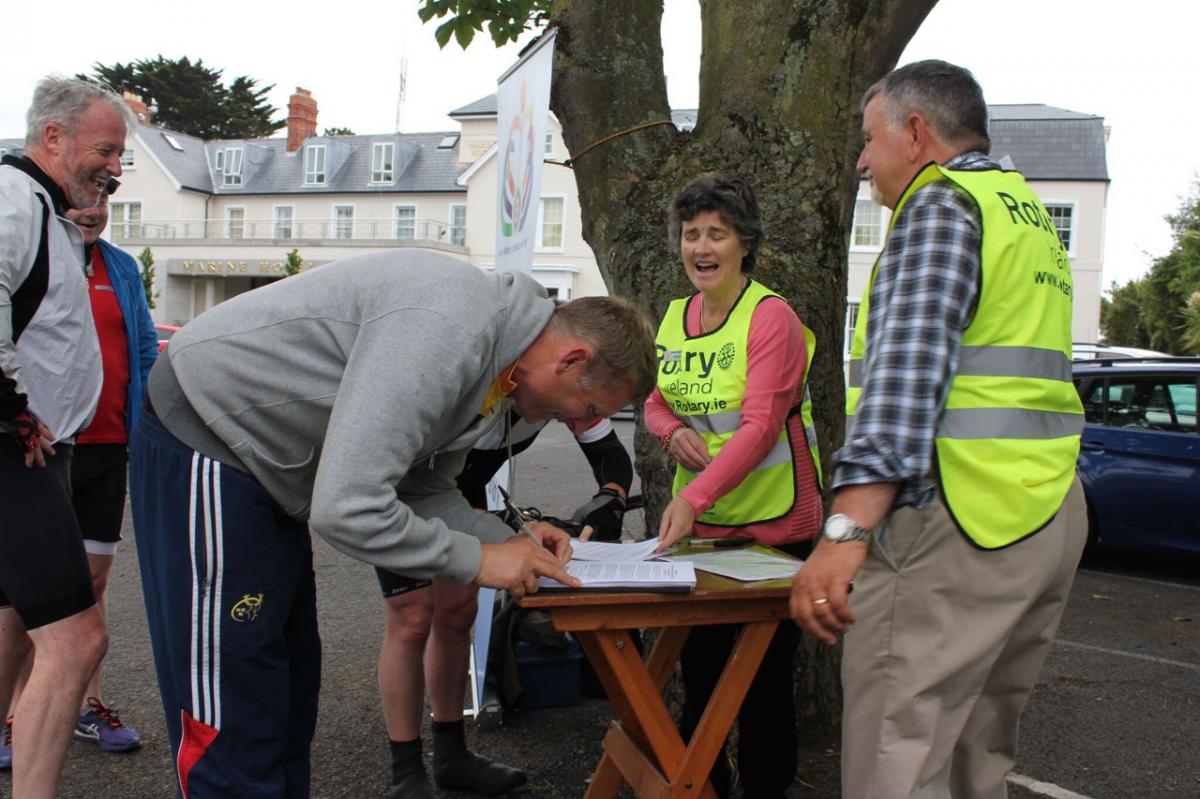 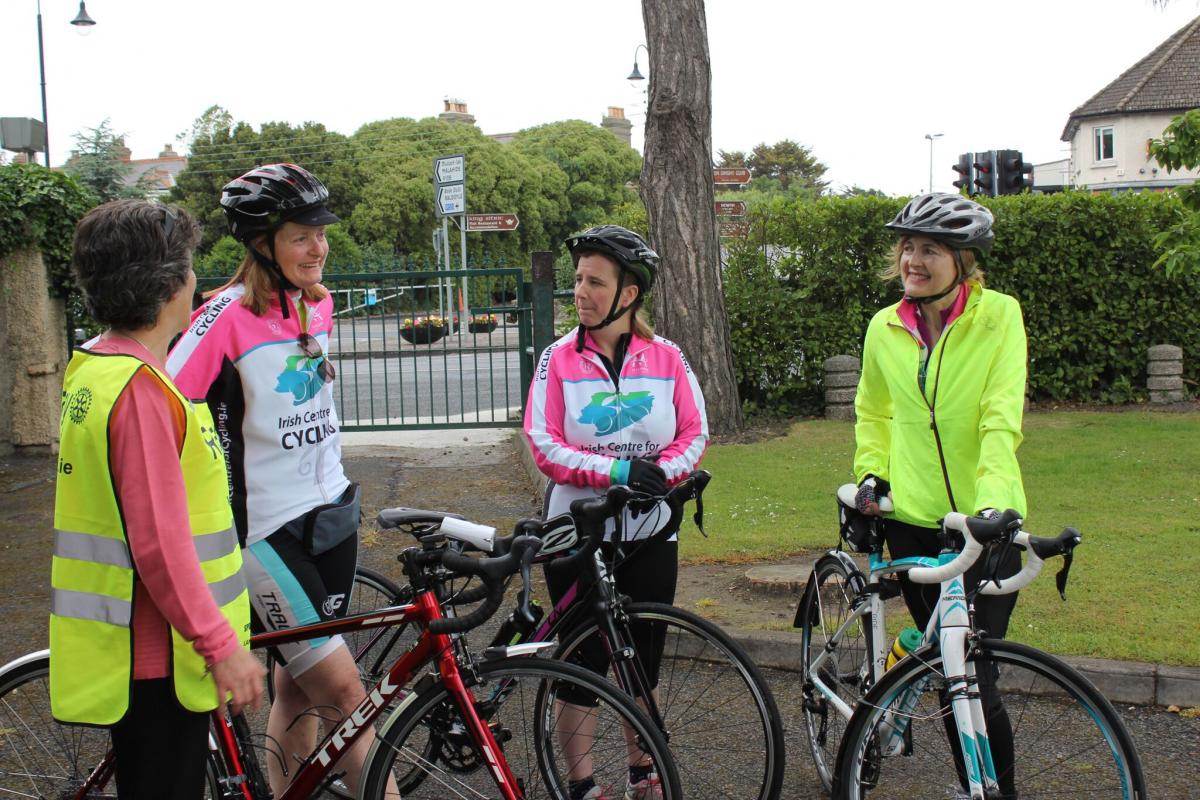 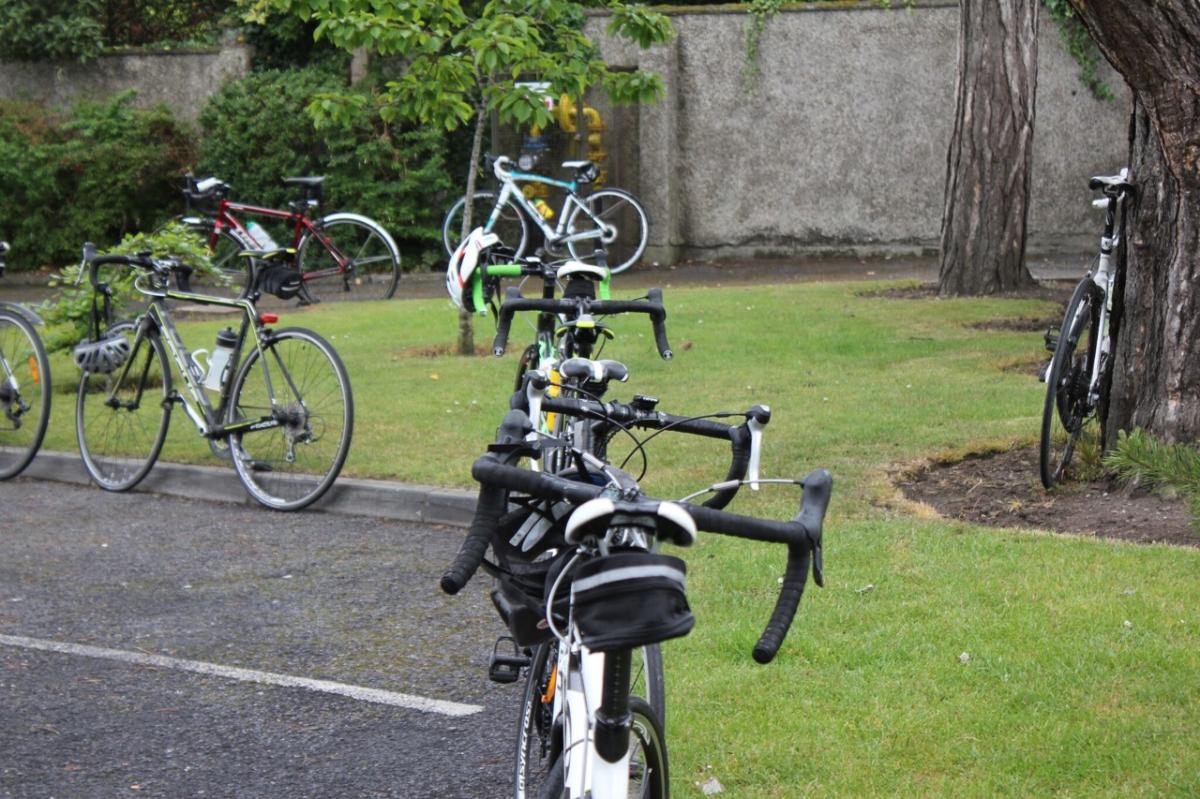 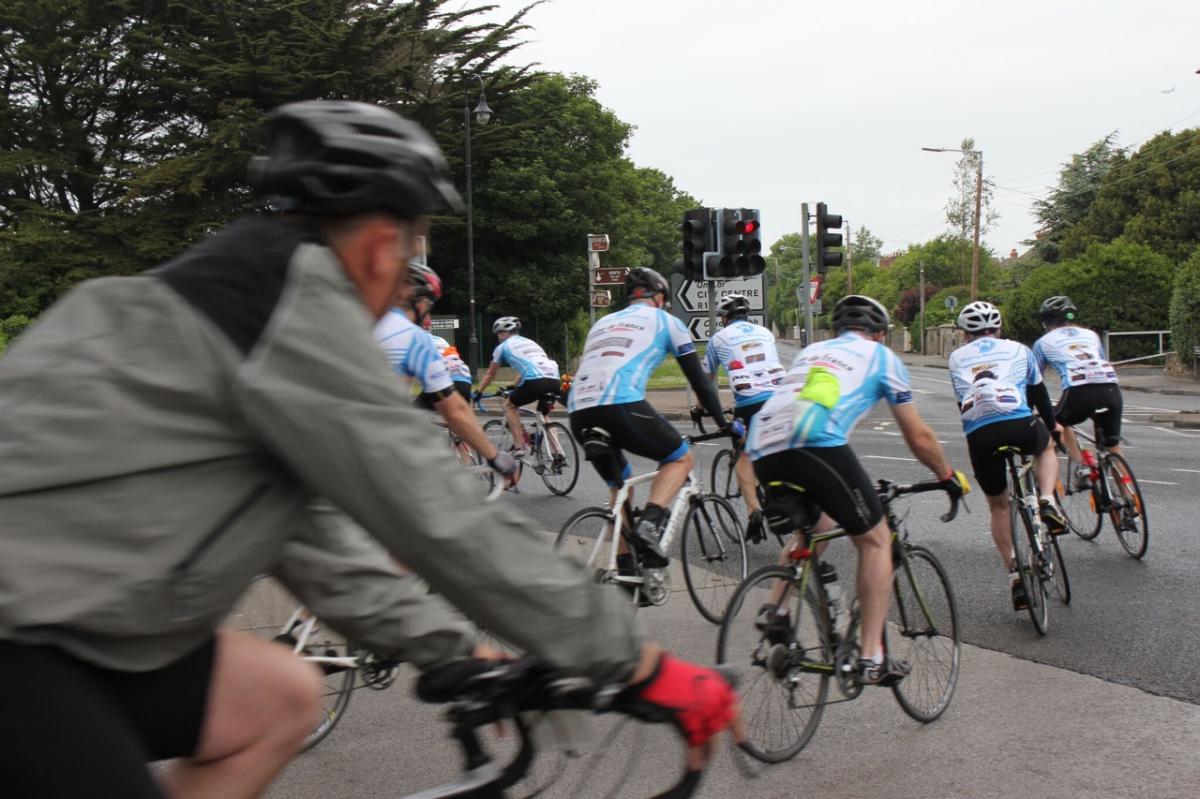 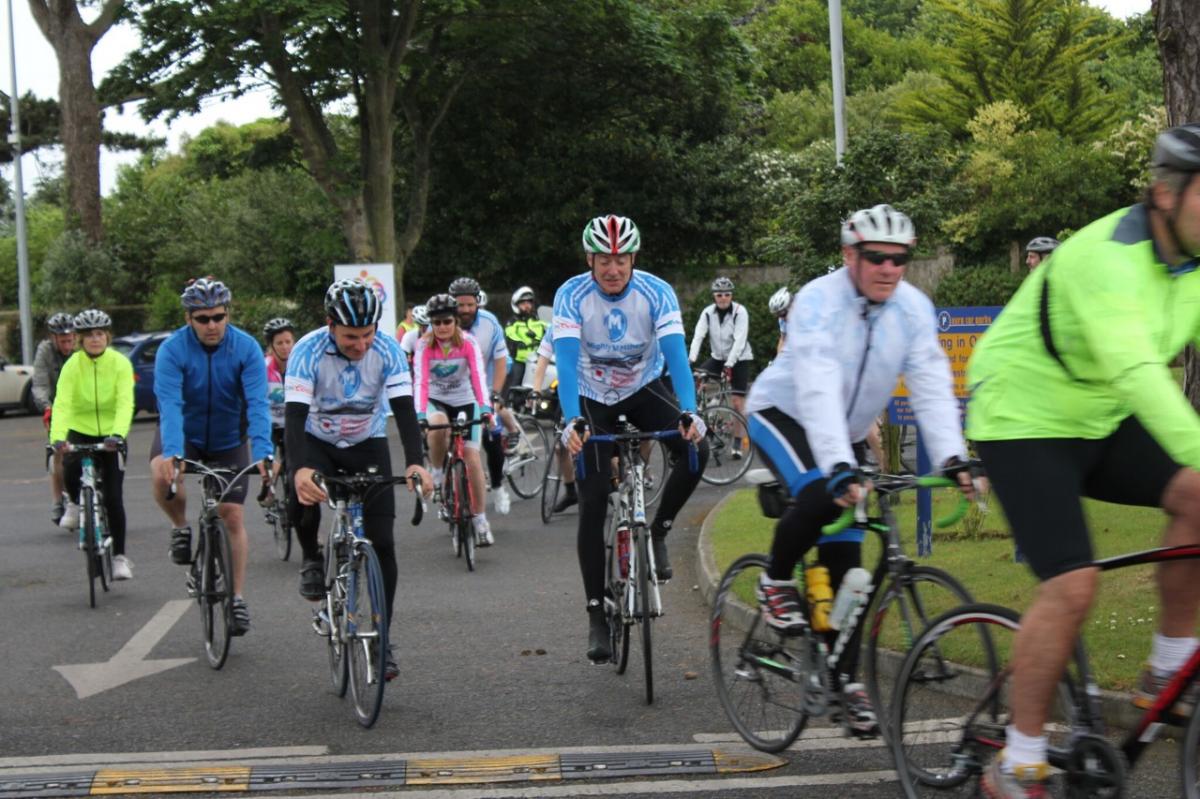 On Father's Day, Rotary organised a series of cycling events to raise awareness of Prostate Cancer.

The Dublin event was organised by the Dublin Central Club and we in Dublin North were delighted to participate and host the start and finish of the event. The cyclists gathered at the Marine Hotel, Sutton to cycle to Dun Laoighaire and back. They were seen off by rugby legend Tony Ward and Rotary Ireland Governor Phillip Beggs. The cyclists set off into a stiff breeze, marshalled by a team of Harley Davidson motorbikes.

On arrival in Dun Laoghaire the cyclists were escorted to their pit stop by the local fire brigade, causing great excitement. The Rotary club of Dun Laoghaire had refreshments ready and although there was an option to return to Sutton on the Dart, nobody availed of it and everyone headed back on their bikes to the Marine Hotel.

Other Rotary cycles on the day were held in Lisburn and Ballycastle who also organised a day of activities for dads at Dunluce Castle including tug-of-war, archery, climbing wall, hog roast and a bouncy castle - how many dads can you fit on a bouncy castle?

We support our environment through projects such as working with communities on both sides of the border to create a Peace Forest. We've also collaborated with other Dublin Rotary clubs to create a sensory garden for people with disabilities. 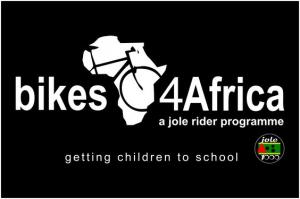 Collecting unwanted bikes for refurbishment and sending to West Africa.

We invite interesting people to come and speak, to inform, inspire and challenge us.

Be A Gift To Crumlin Hospital 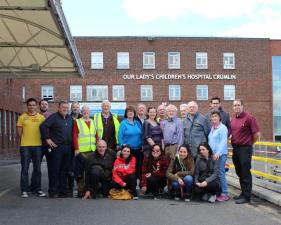 Rotary is a worldwide organisation of 1.2 million people dedicated to making a difference globally and locally. 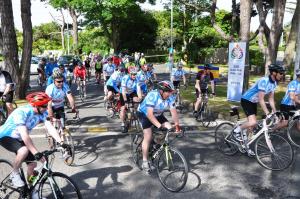 We serve our local communities of Howth, Sutton and Baldoyle. We also support Rotary International with their national and international development projects. 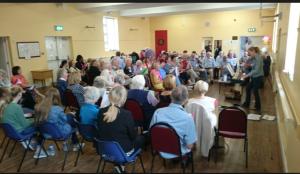 We recently held a coffee morning and raised €2,000 for the Baldoyle based Forget-Me-Nots community choir.