A special evening presenting the cheque and formally donating a horse to this charity. 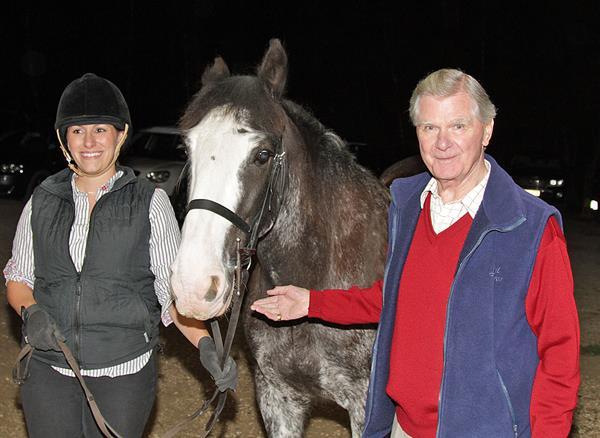 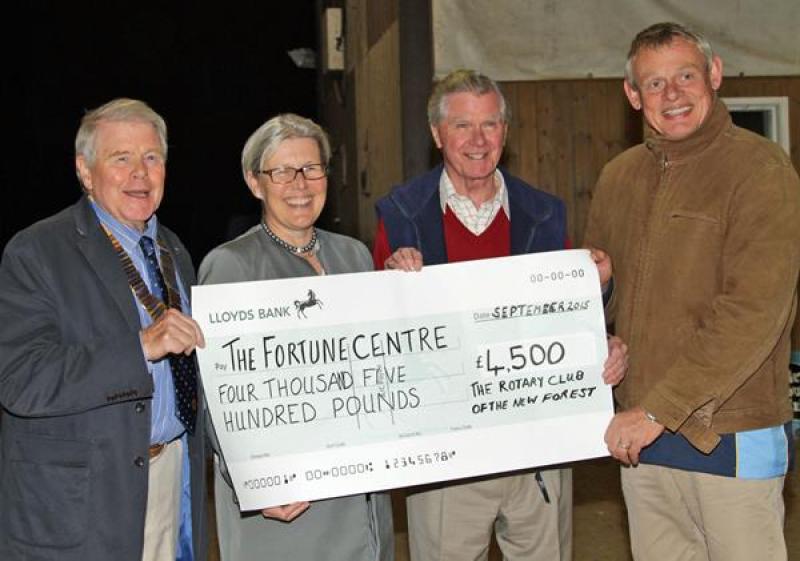 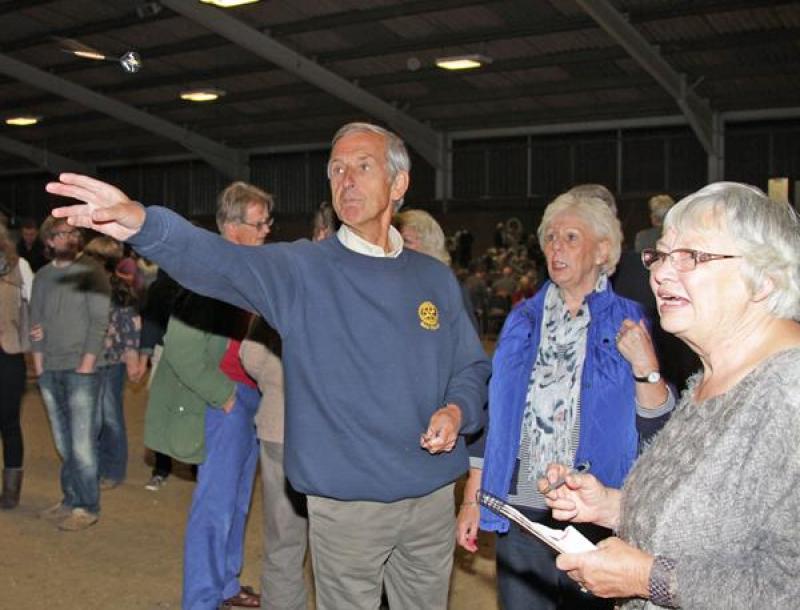 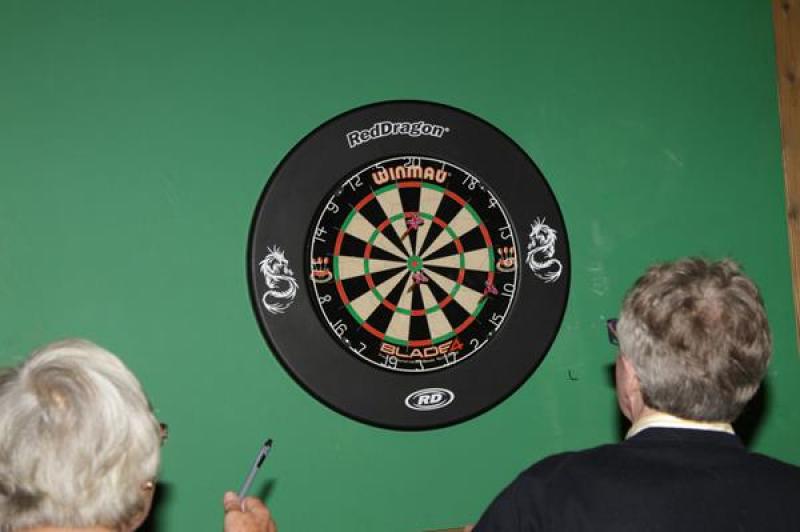 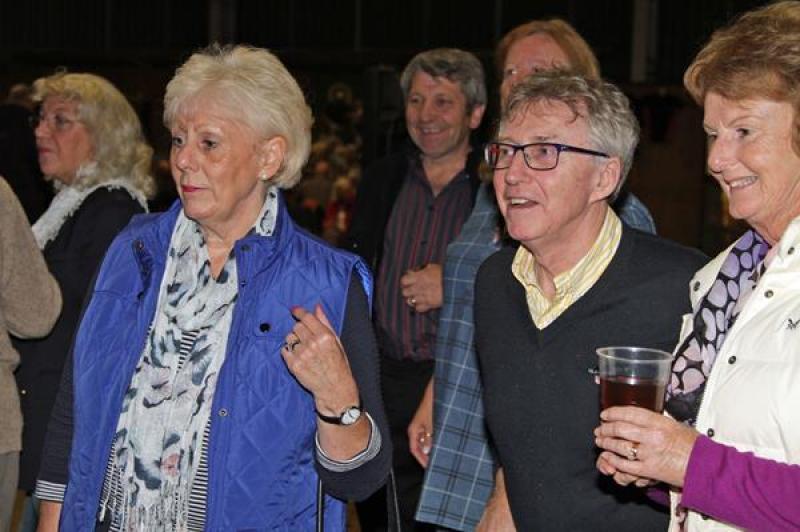 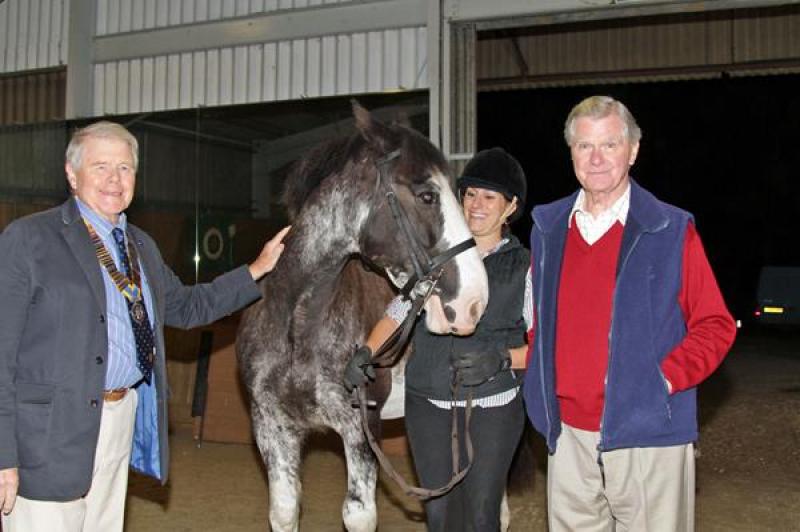 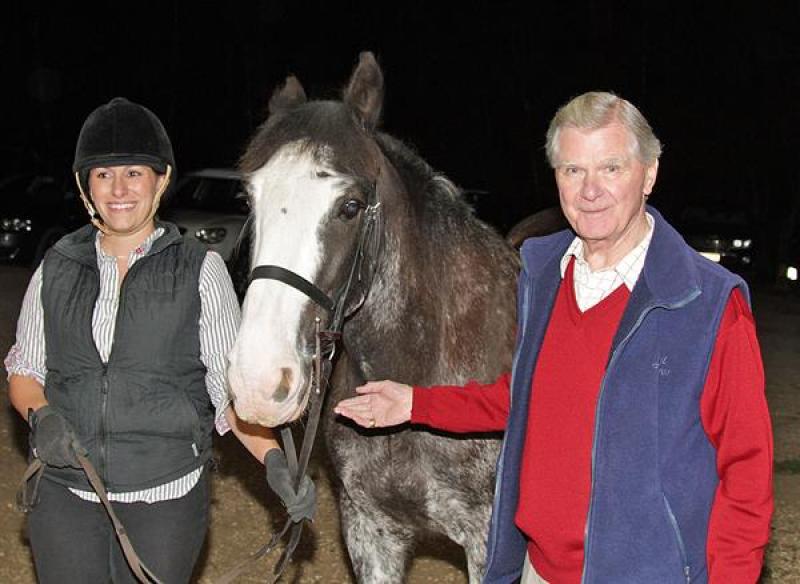 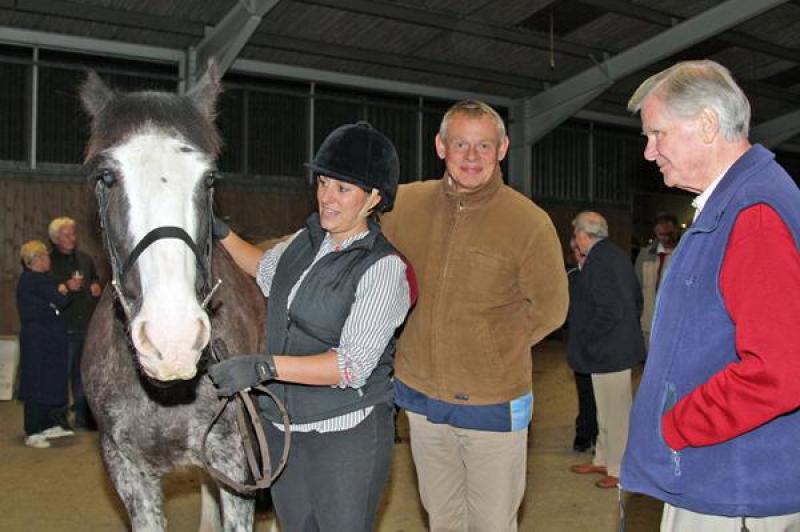 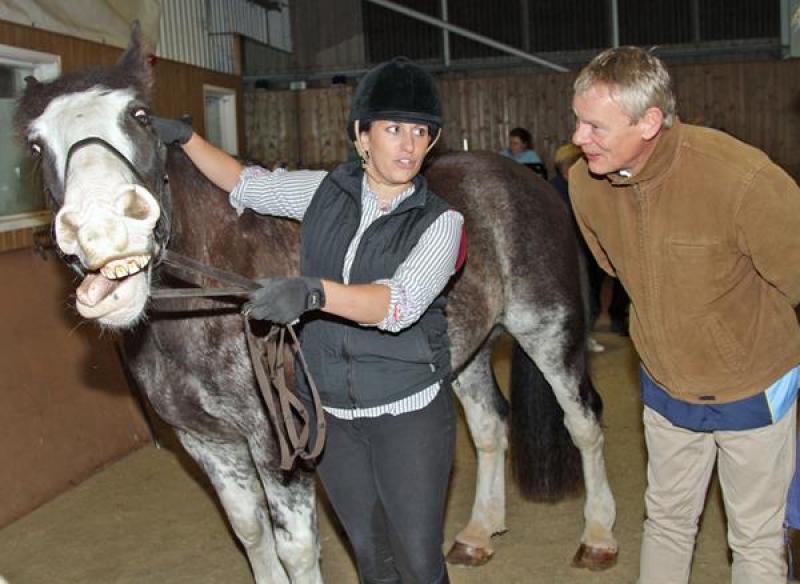 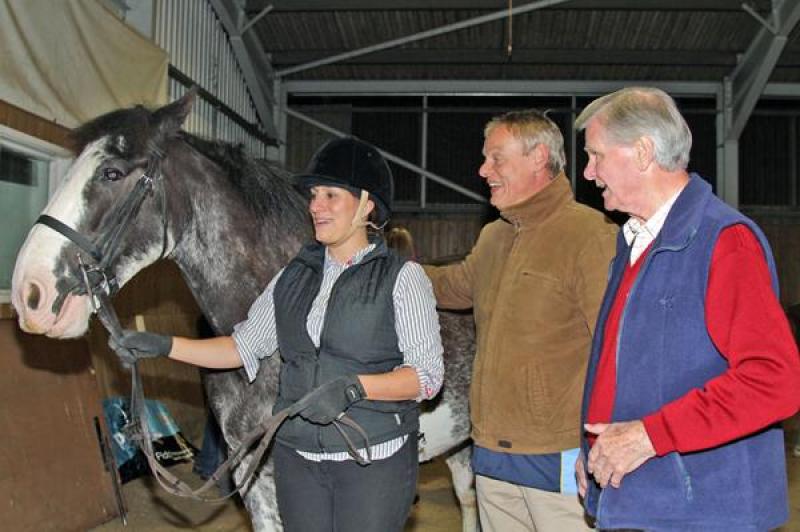 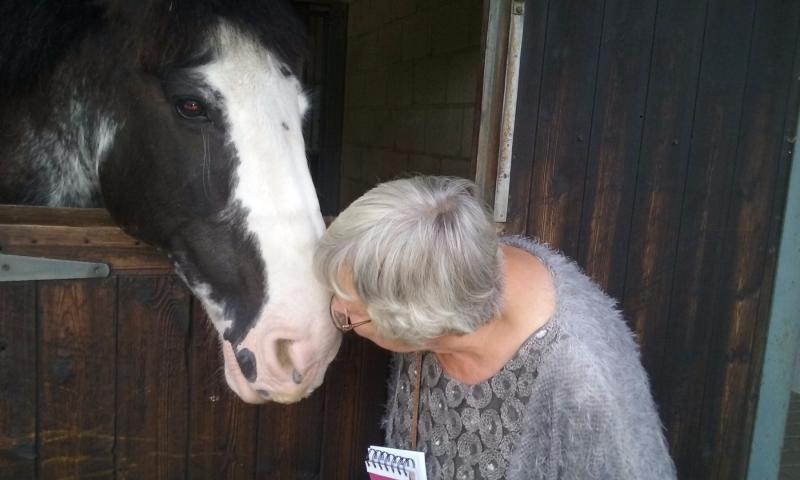 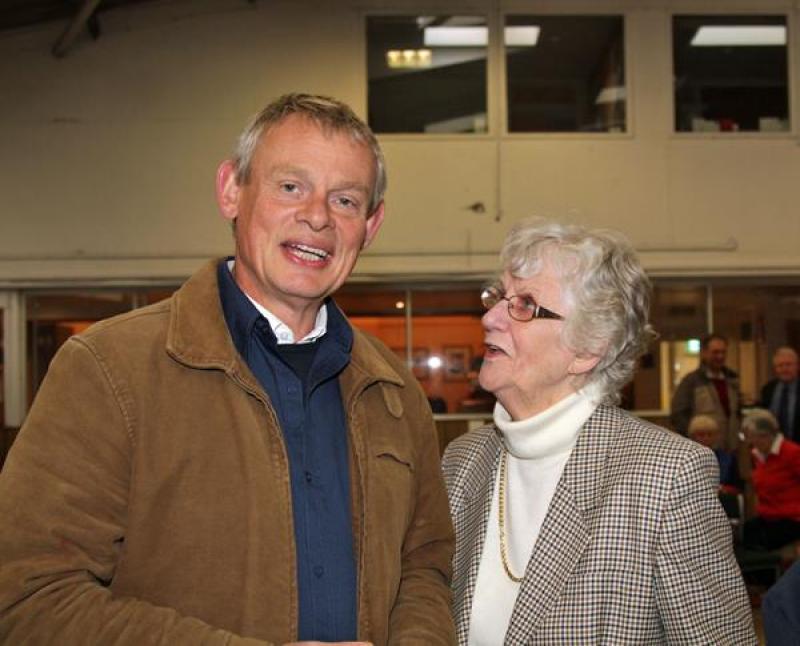 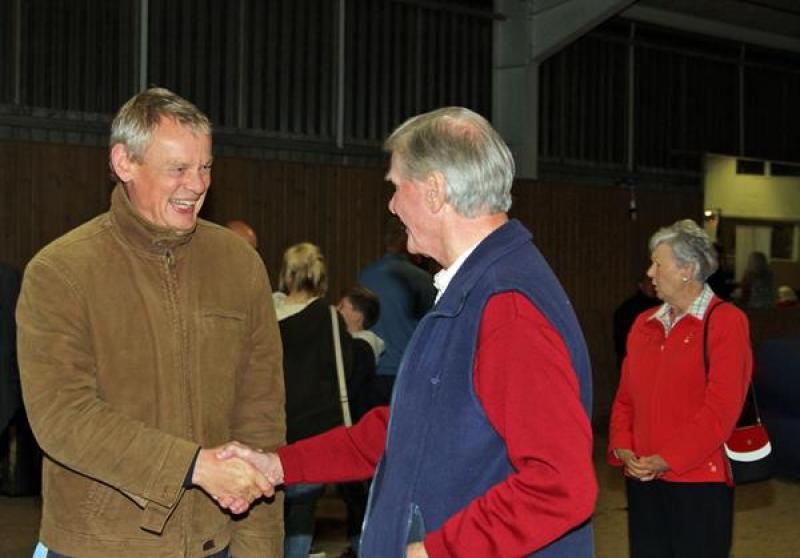 HANDOVER OF OUR ROTARY CHEQUE TO THE FORTUNE CENTRE OF RIDING THERAPY, BRAMSHAW.  FOR ERIC, A NEW HORSE FOR USE BY STUDENTS.

On a Saturday evening a number of our club members and partners visited the Fortune Centre of Riding Therapy at the invitation of Jennifer Dixon-Clegg, their director.

Members present were President Lawrie and Jan, Past President Patrick and Judy, Ray and Joan, Tony and Pat, Alan and Janet and Eddie and Penny. Sue Gully was there as one of our members and also as a helper at the Centre. We were entertained by live jazz, a darts competition, in which the B.D.O World Champion Scott ‘Scotty Dog’ Mitchell played the winners of a friendly competition between those there, and a mechanical bucking bronco on which those brave enough could try their luck!

After consuming a very welcome fish and chip supper, we were introduced to Eric, the horse we bought during Patrick’s Presidency, having raised the funds with a variety of Rotary events. Tony Roe, who organised our visit, produced a king size cheque for £4,500, which  represented the cost of our horse. Then the formal presentation was made with Jennifer Dixon-Clegg, Patrick, Martin Clunes (Patron of the Centre) and Lawrie gripping and grinning appropriately. [see photo] A cheque for a further £1,750 was also handed over being the monies raised by members of the Fortune Centre taking part in our Horse or Cycle event.

Eric tolerated the hubbub and photo flashes up to a point but then became a bit frisky. He will have some extra training before being available for the students at the centre.

WORDS BY LAWRIE, TONY AND RAY

PHOTOS BY RAY DAWES AND LAWRIE.