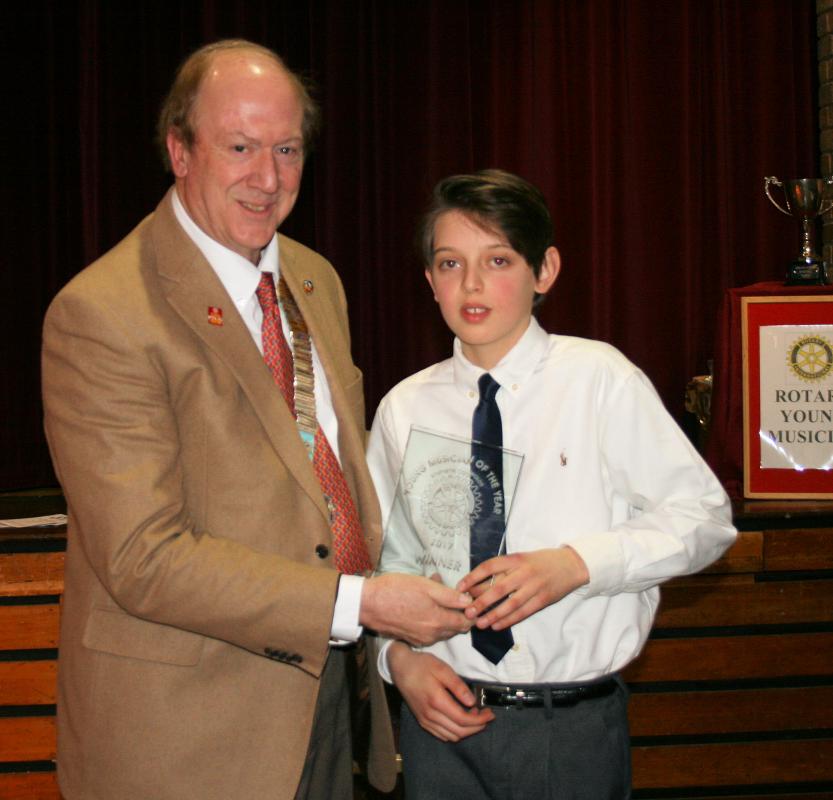 two heats, at either Katharine Lady Berkeley School or Westonbirt School in January,

to reach the final at Sibley Hall where they are expected to play one, two or three

pieces of their own choosing, the maximum time allowed is twelve minutes. Both

heats and final aim to offer the competitors a realistic live performing environment, in

front of an audience, which for some will be a new experience – one which can only

broaden their talent and playing ability.

playing the cornet. He offered two pieces: Dvorak and Goedicke in contrasting styles.

Then we heard Jemima Price on violin with works by Franck and Copeland, followed

by Andrew Chen from Rendcomb College on piano. He played three pieces:

Villa-Lobos and John Dowland amongst others.

After the interval Beth Hiatt on clarinet played Scott's Fujico and a Rondo by Mozart.

We then had three students from Castle School in Thornbury: Aggie Barnes on violin,

Ellen O'Brien on a highly polished French horn and her sister Lizzie on violin. Each

The last competitor, Edwin Ward from Rendcomb, rounded of the afternoon by

demonstrating his mastery of the piano by playing three contrasting pieces: Schubert;

Liszt and a jazz piece by Errol Garner.

After about twenty minutes the judges returned to announce the results, as follows:

appreciative audience both for their talent and their performances. We left looking

forward to the next competition in 2018. 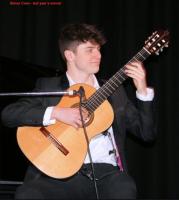 This will be the seventeenth year that the nine South Cotswold clubs facilitate this competition. The winner last year was Simon Crew (photo) from Cirencester College, who was third in the previous year – he plays with Corinium Guitars. 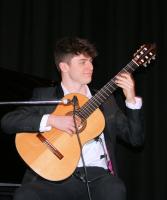 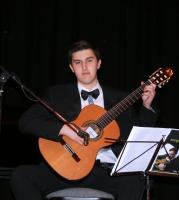 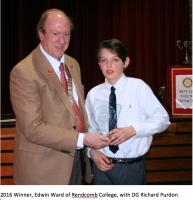 This will be the fifteenth year that the nine South Cotswold clubs facilitate this competition.