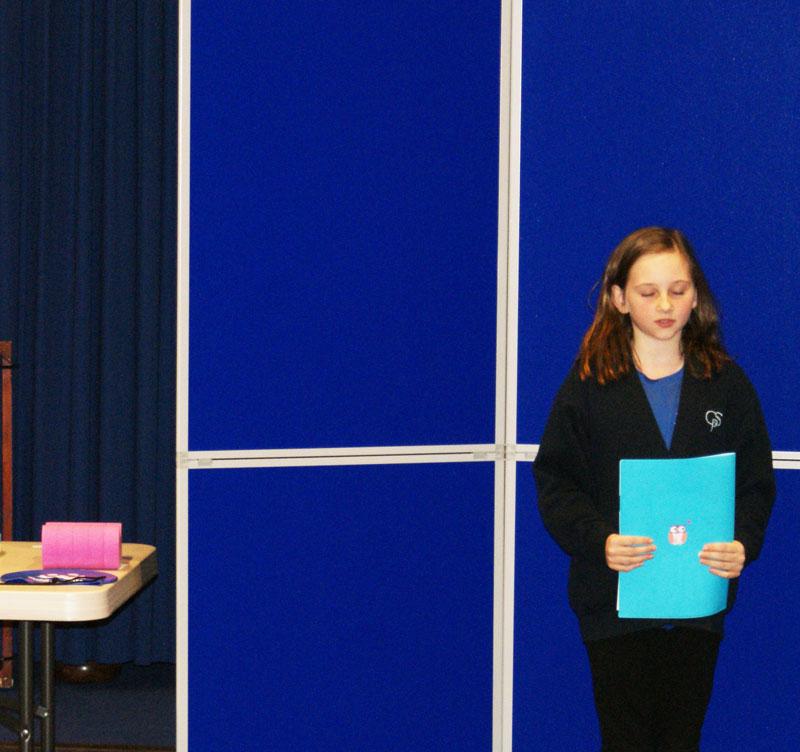 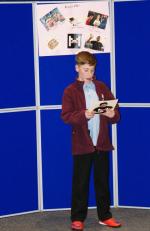 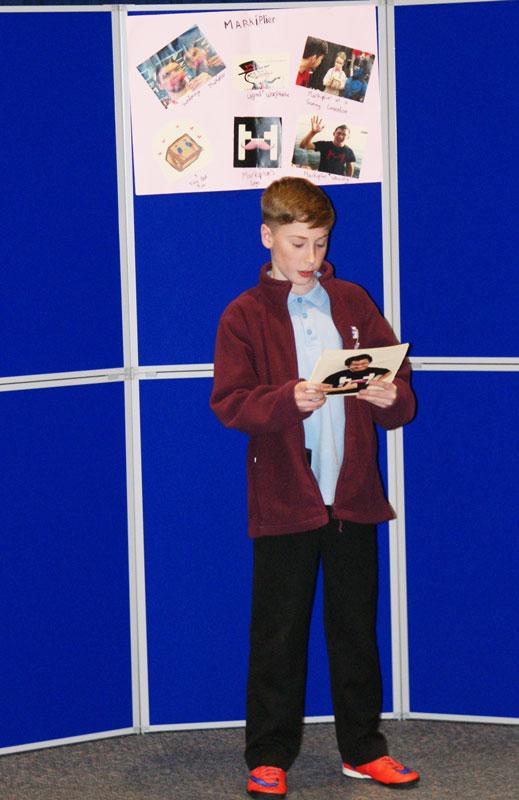 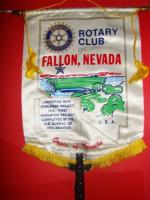 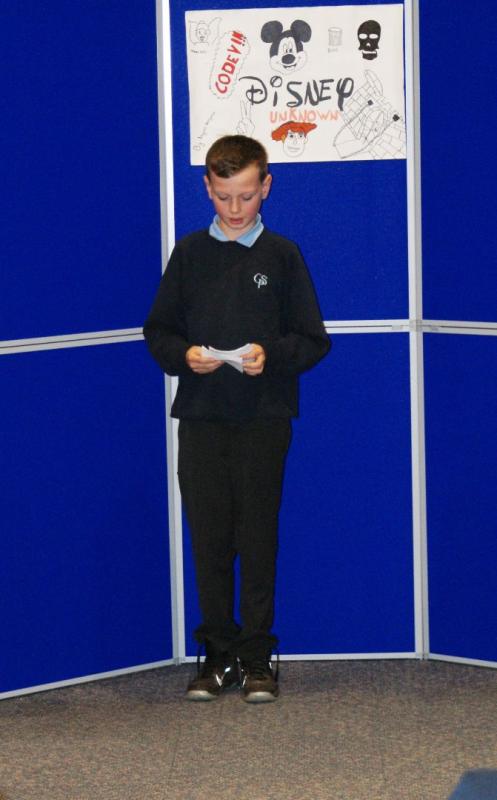 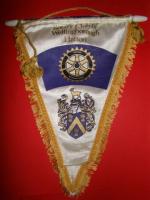 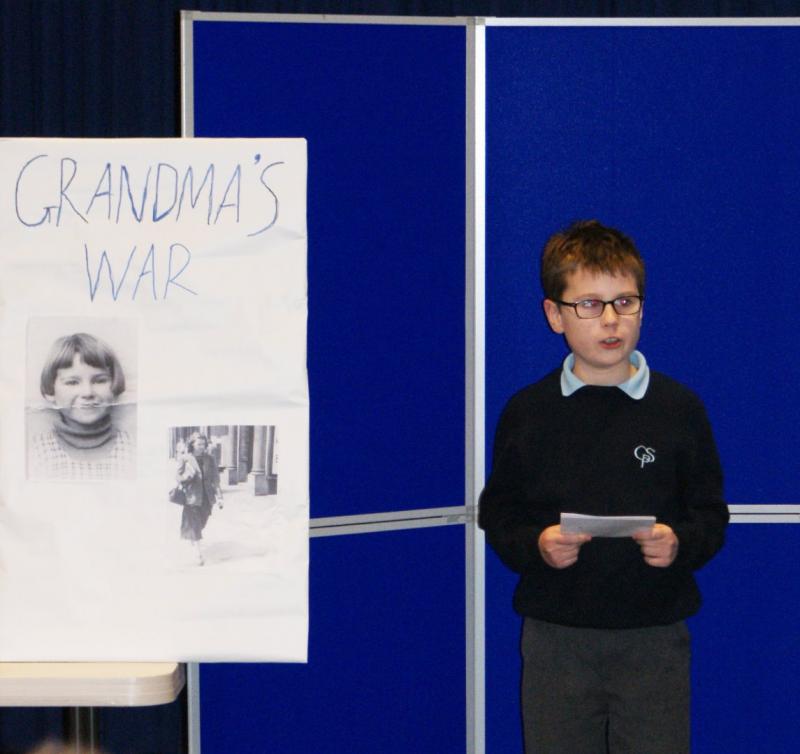 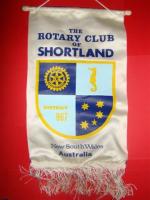 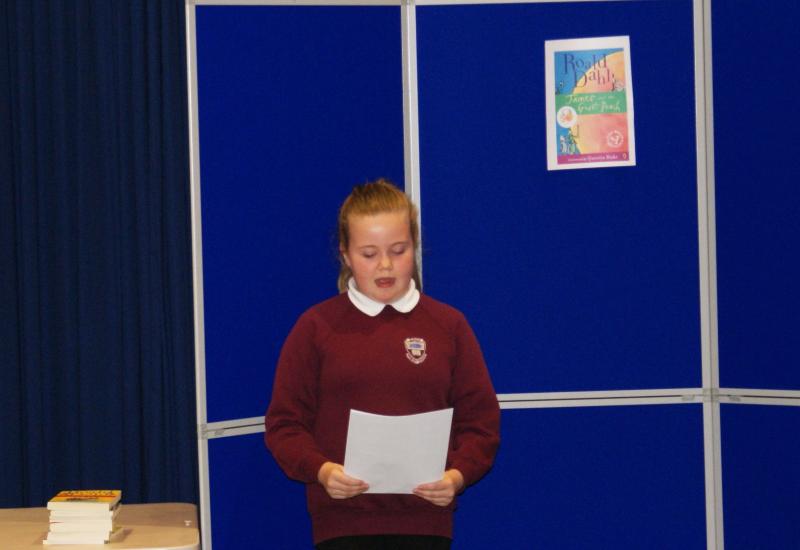 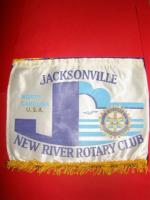 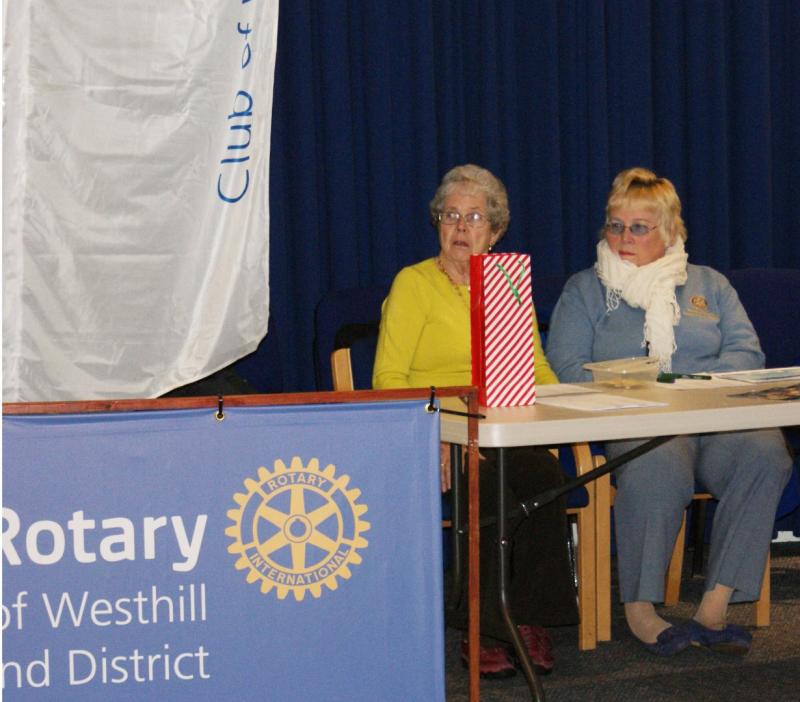 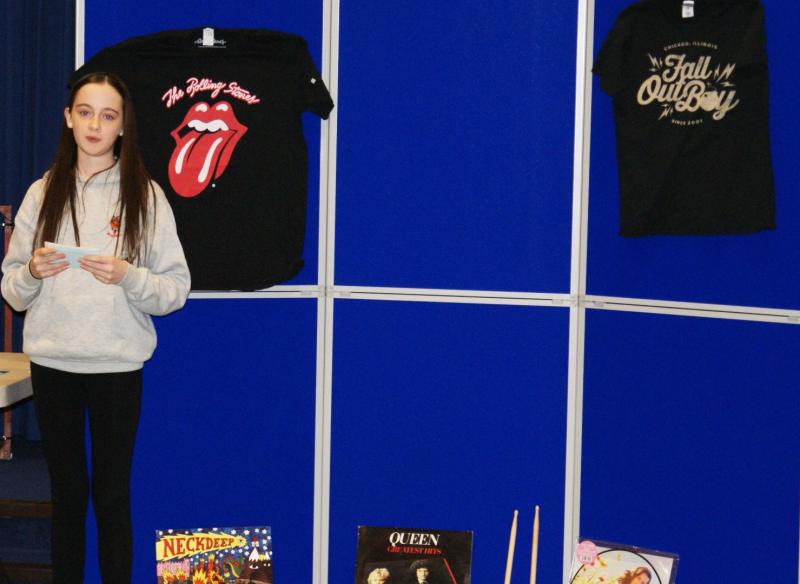 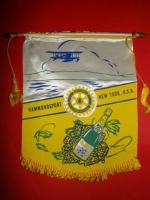 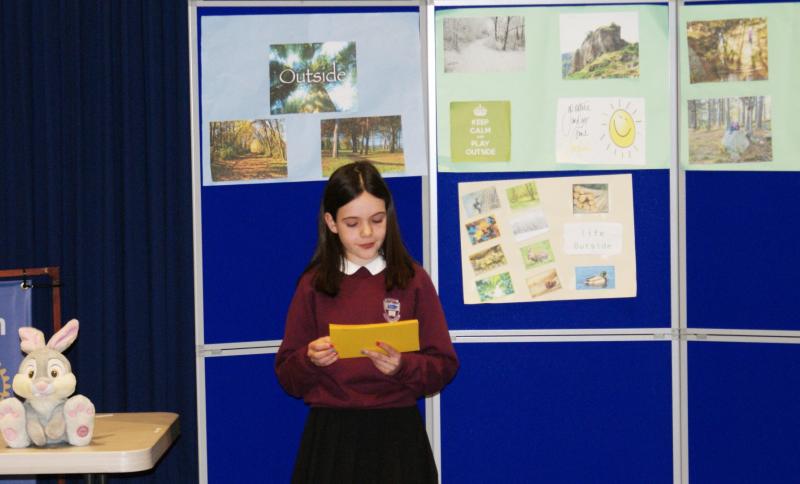 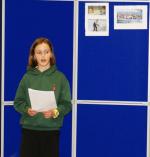 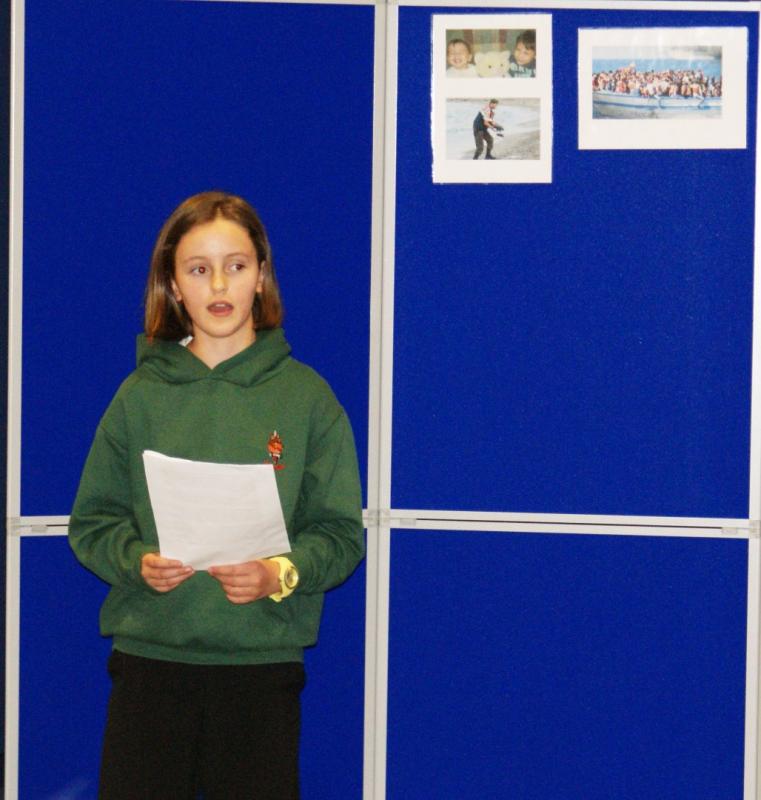 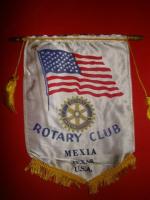 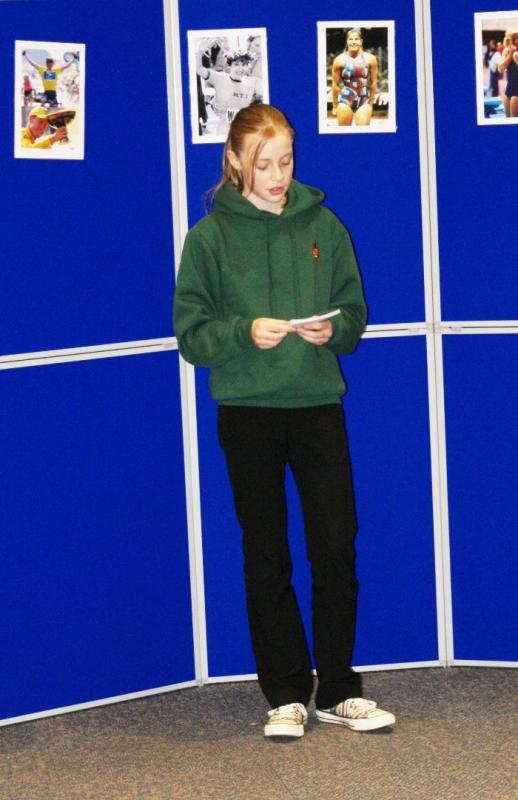 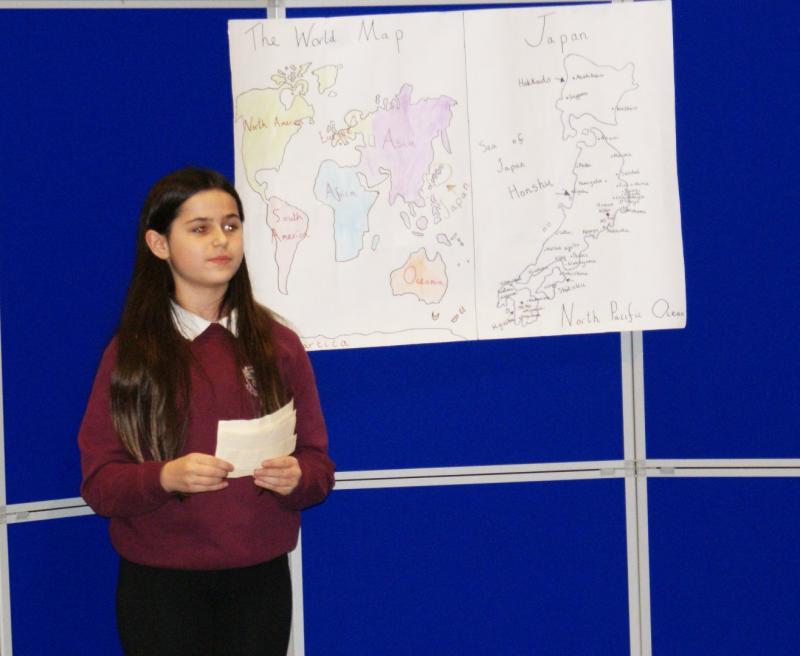 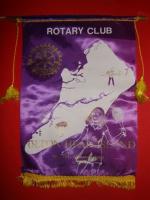 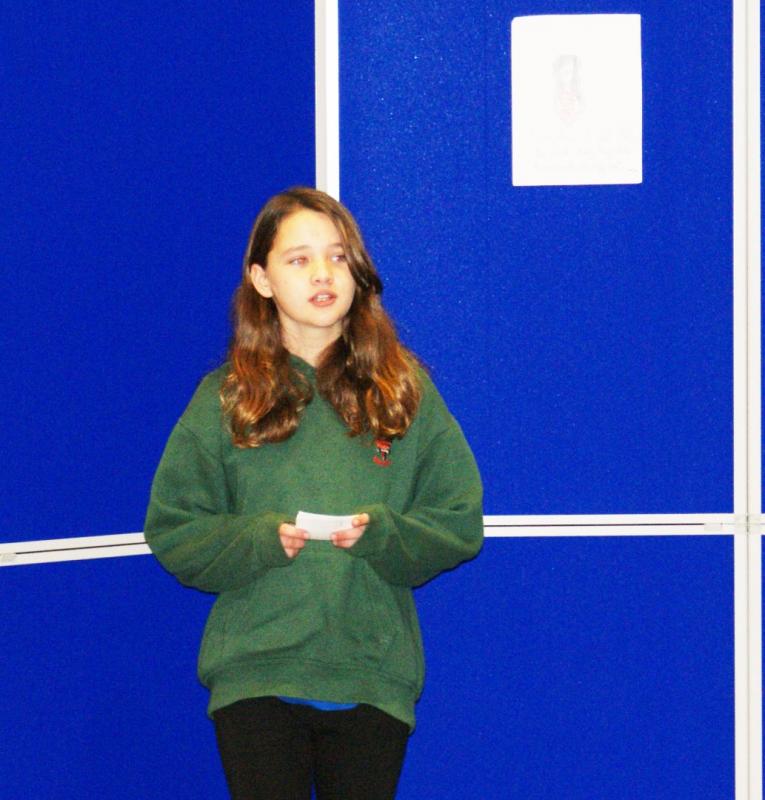 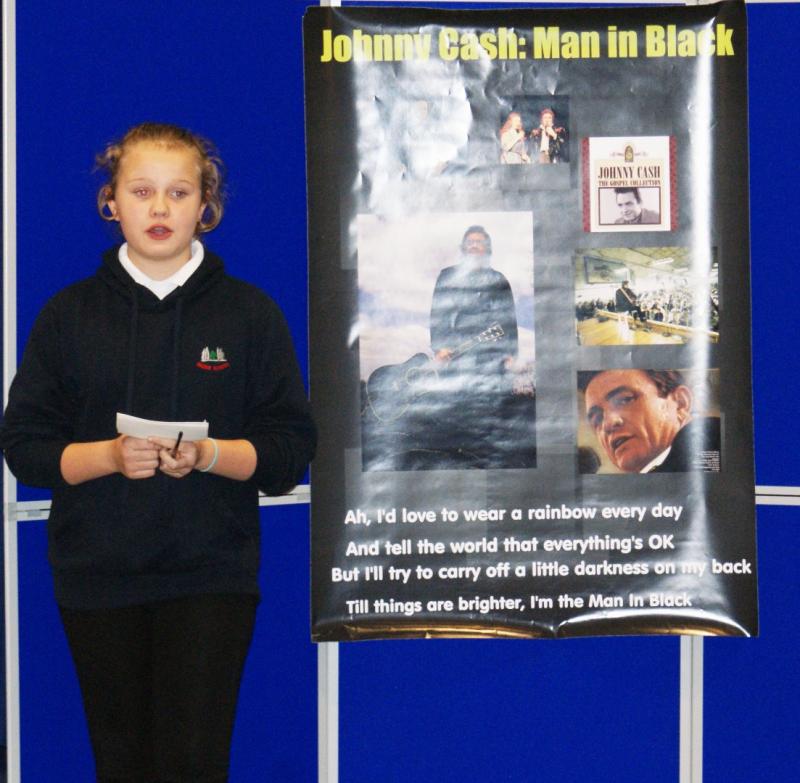 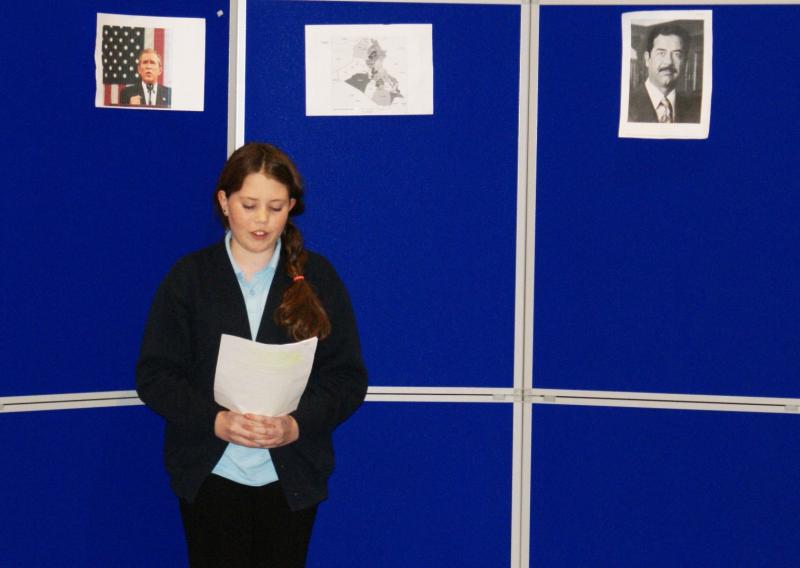 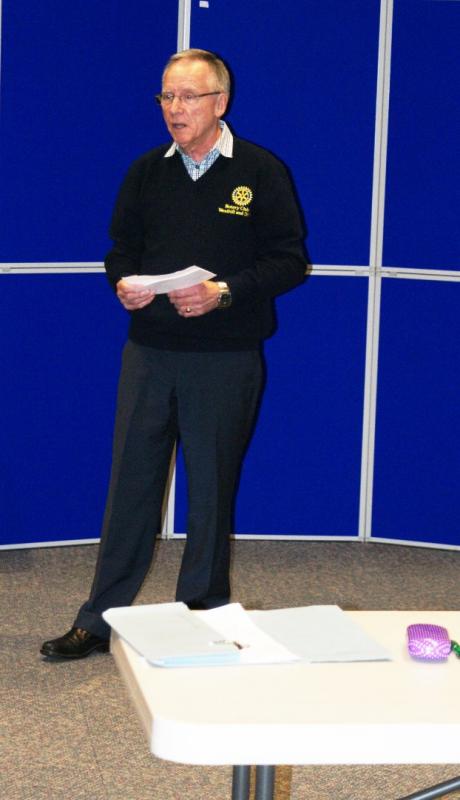 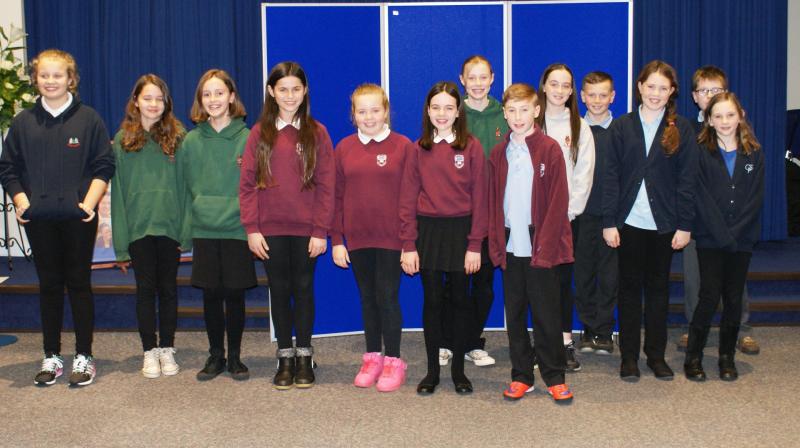 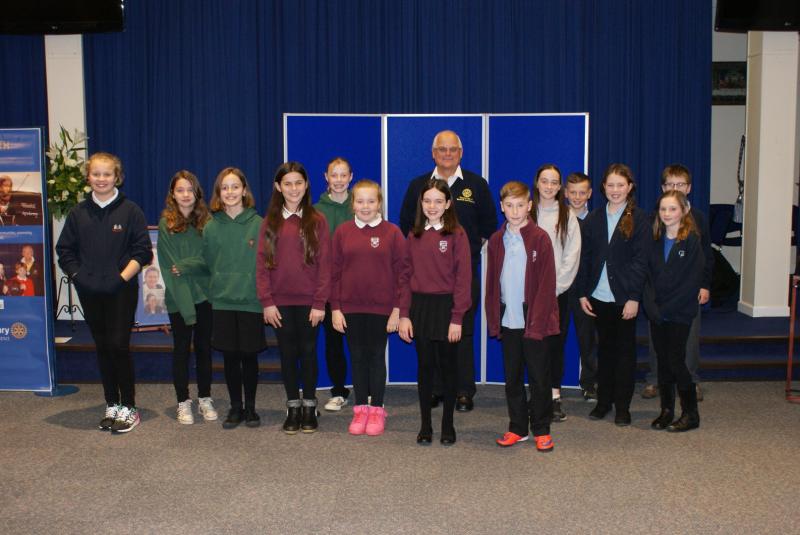 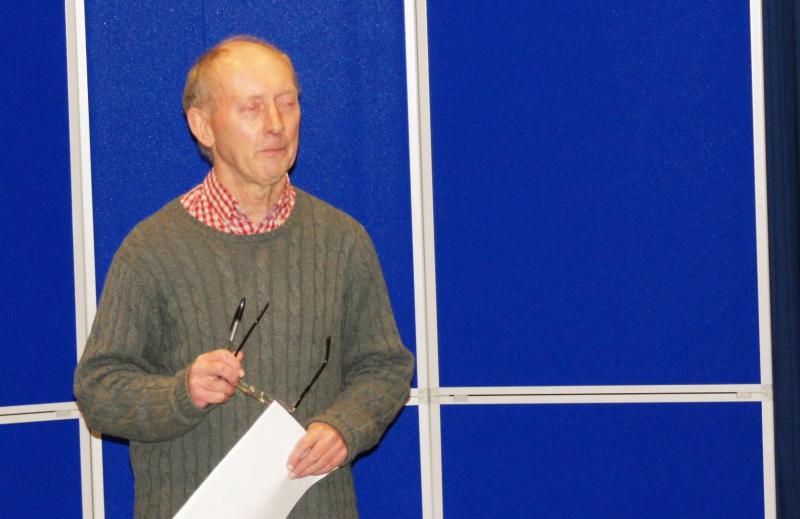 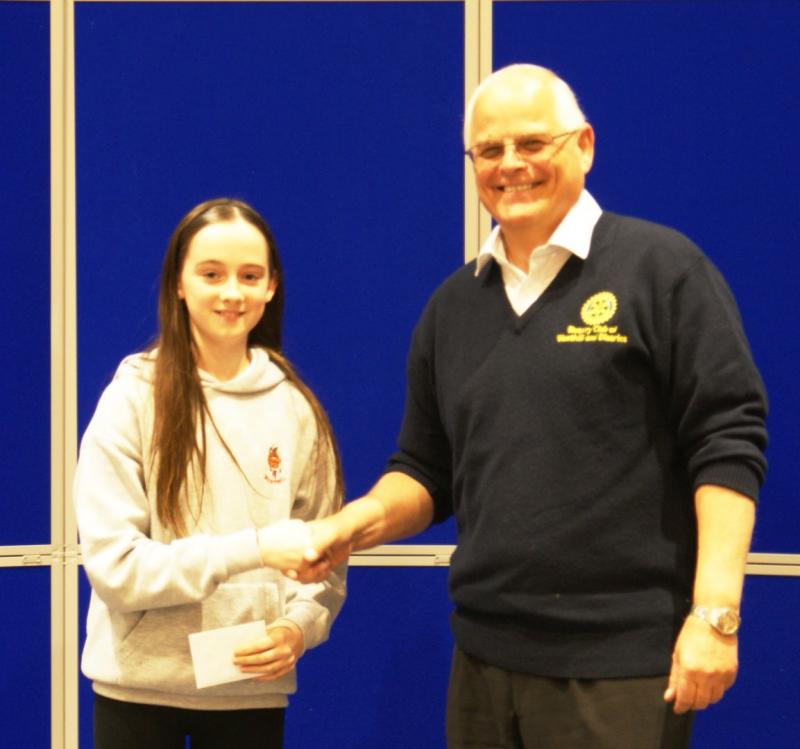 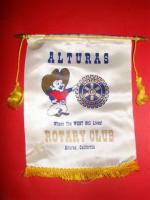 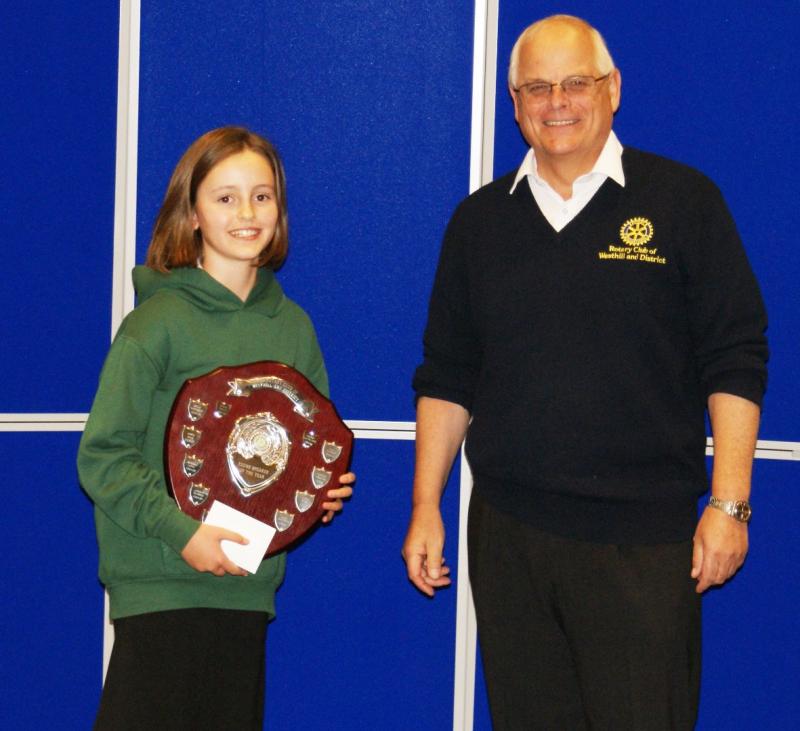 14 pupils took part in this year's Young Speaker of the Year event held in Trinity Church on the 18th November 2015.

4 pupils from each of Crombie, Elrick and Westhill primary schools and 2 from Skene Primary.

Ellen Smith and Ian Reid from the Aberdeen Deeside Club were the adjudicators and complimented everyone for the knowledge of their subjects and for the quality of their visual aids.

The winner was Evie McCabe from Westhill Primary, who spoke passionately about The Migrant Crisis.


The runner-up was Olivia Thomson, also from Westhill Primary, whose subject was Individuality.

Westhill Rotary President Colin Currie presented the winner with a shield, gift tokens to the winner and runner-up and certificates to all the participants.

A broad range of topics was covered by some excellent speakers. They all showed a broad knowldge and passion for their subjects and bravely stood in front of an audience of their peers, parents, grandparents and Rotarians ( fearsome beasts!) and delivered their talks.

President Colin introduced the event with the assistance of Sandy Weir. Master of Ceremonies on the night was Russell Gray