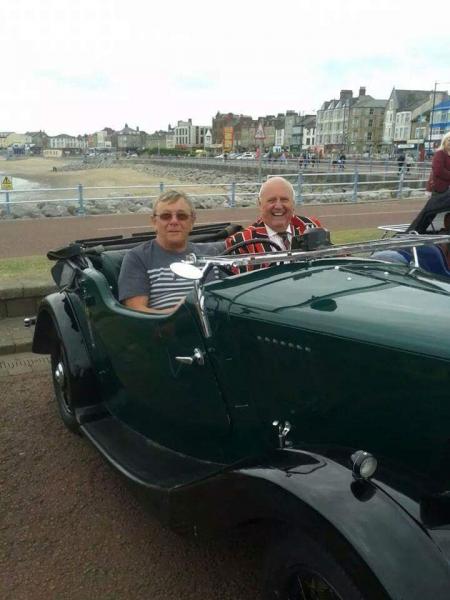 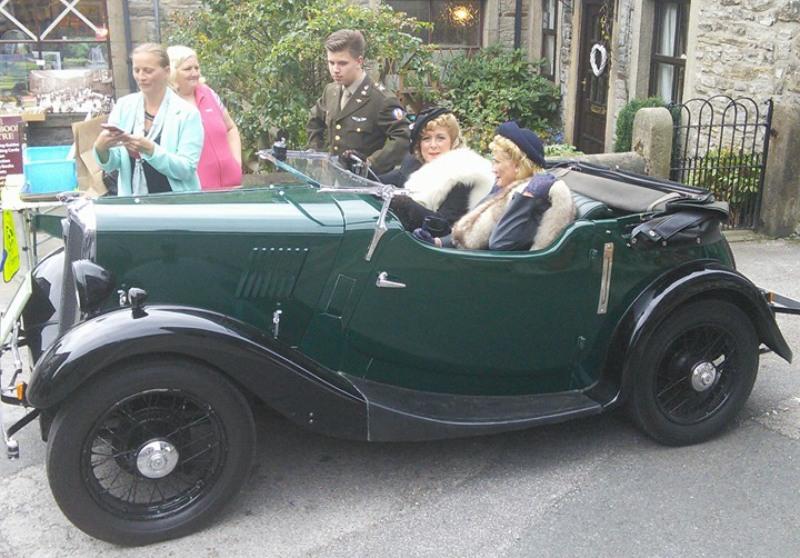 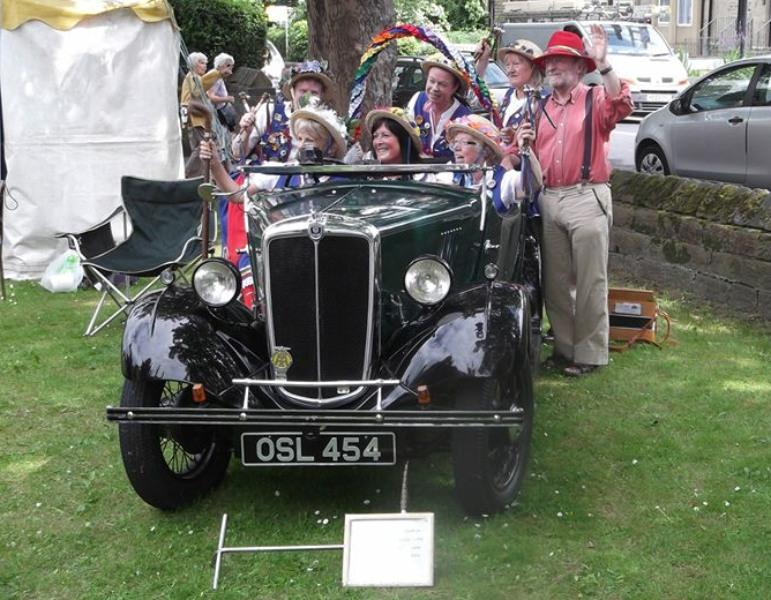 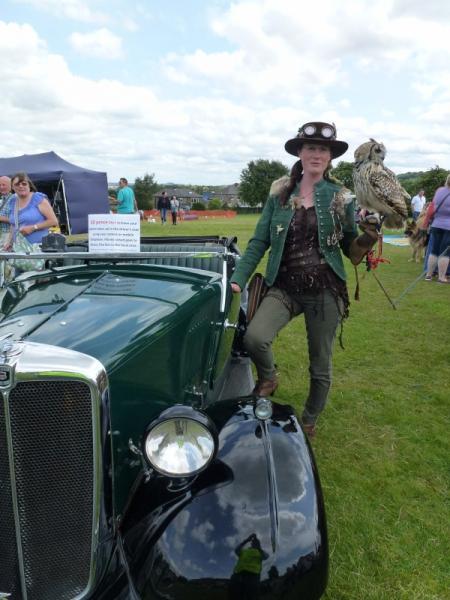 Wilst the car is his hobby he also puts it to good use raising funds for Shipley Rotary Club.

Each year he takes part in the Bradford to Morecambe Vintage and Classic Car Rally. They set off from Buttershaw at 8:30am passing through Shipley, Keighley, Settle, Kirby Lonsdale and into Morecambe. Prior to the rally club members ask people to contibute £1 and guess the time taken to complete the journey, prizes are awarded to the three nearest guesses and the surplus money goes into club funds.

The Club takes part in Baildon Carnival normally with a Tombola and "MANUAL" one arm bandit (If you are intrigued and wish to find out more then come and see us)! Terry will be there with his car which he allows people to sit in to have their photograph taken (suitable clothing props supplied) and charges 50p for the privilige (all proceeds to club funds).

We have a similar stall at the Cottingley Gala and Terry and his car attend drawing the crowds and having the birds flocking round (see the photos).

Last year Terry found yet another fund raising opportunity by attending the Grassington 40s Festival and again posing for photos. (I mean the car)!

Thanks for your efforts Terry and the funds you raised for us.