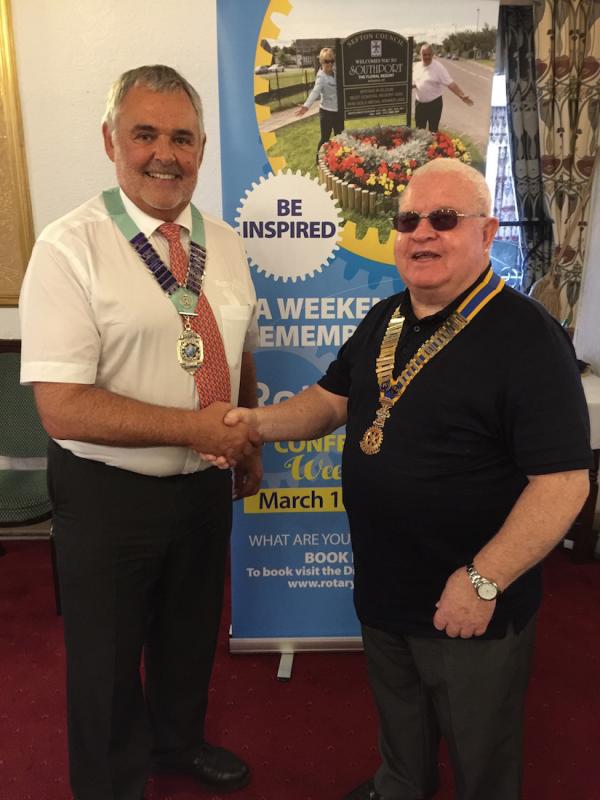 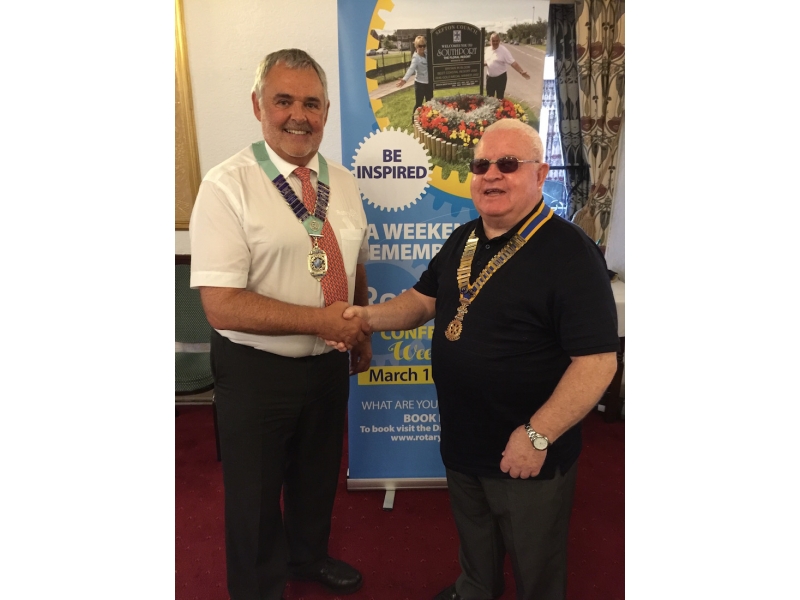 The need to try to boost membership was stressed by new District Governor Malcolm Baldwin when he visited Barrow Rotary Club.

He praised the club for the number of projects it was involved in and the part it plays in the community but he said that throughout the District “the issue of membership is still prevalent. The problem of falling numbers cannot be ignored and we must ensure that we take steps to address the problem.

“I am aware the movement has lost a number of members through age and/or ill health. However decisions at the recent Council of Legislation have opened up all sorts of opportunities for clubs to adapt how they operate to meet their particular needs.

“I want to continue to encourage the setting up of Satellite clubs that could eventually grow to become a chartered club, ensuring that Rotary has a presence in our local communities for years to come.”

He reminded that this Rotary year sees the centennial of Rotary Foundation, the movement’s own charity. He said a celebratory event will be held at Blackburn Cathedral on June 24 next year.

He added: “It is hoped that this year may see the last reported case of Polio but we must not rest on our laurels – we still need to raise money for the immunisation campaign which will still need to run for a number of years after the last case.”

He said his chosen charity for the year is Blood Bikes, with two groups covering the District - North West Blood Bikes Lancashire and Lakes and Blood Bikes Cumbria.

Representatives from both groups made a presentation to District Assembly outlining exactly what they do and how their work is funded by donations and by members generously giving their time and, in lots of cases, using their own motorbikes at their own expense.

Between them they have saved the NHS over a £1m in the short time they have been in existence and the North West group had been awarded the Queens Award for Voluntary Service.

“My hope,” he said, “is that we will be able to raise enough to donate a new fully liveried motorbike, including the Rotary logo, for each group.”