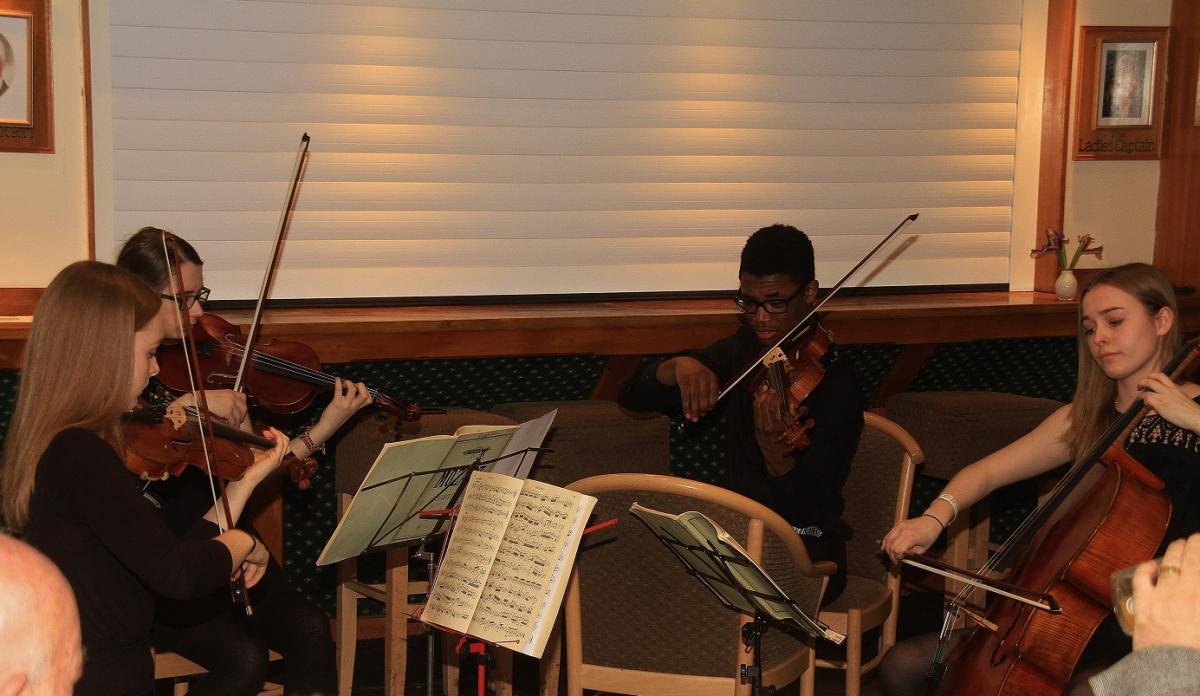 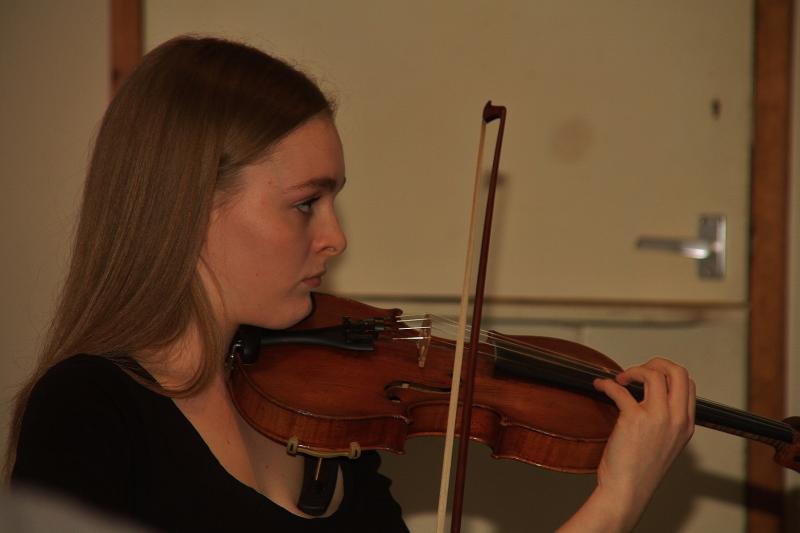 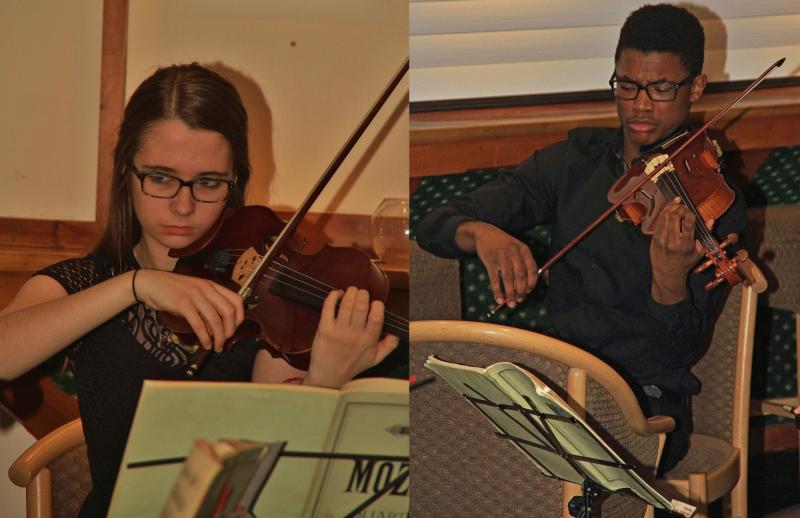 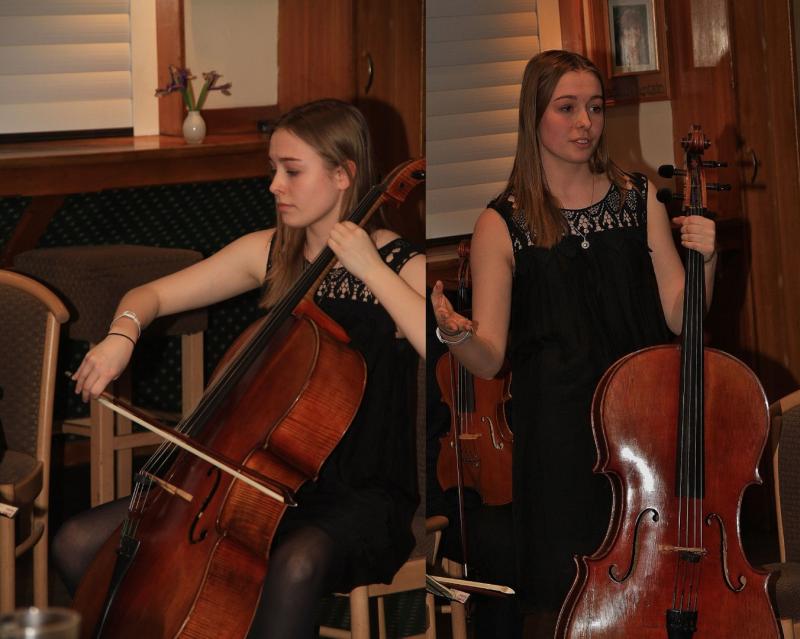 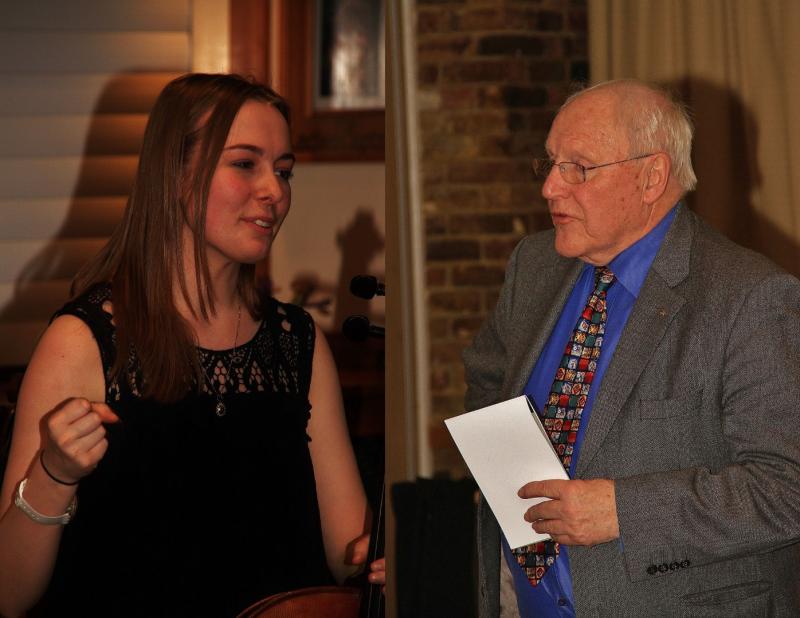 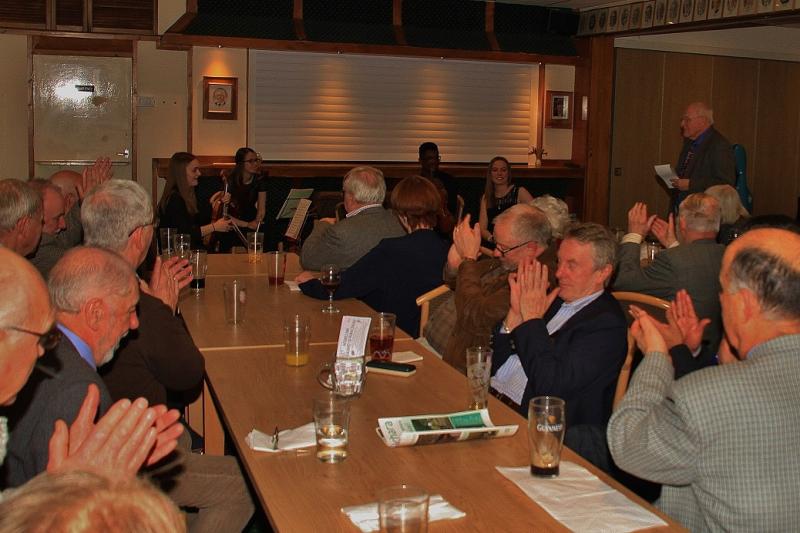 Rachele Howes was runner up last year in the Young Musician of the Year competition and plays both piano and cello. We recently sponsored her to go to Malta on the "Commonwealth Resounds" tour which is designed to promote classical music for young people and takes place in different parts of the Commonwealth every other year. Rachele and her three friends who are fellow students at Purcell College of Music, played three movements from Mozart's "The Hunt" when they visited our club on 8th March. We were very honoured to be treated to an exemplary recital by such a talented group of young artists. The quartet which included two violins, a viola and a cello, was formed specially for this evening, having only practiced a few times together (although you would never have known). Rachele is going on to play at The Mall School in aid of the Mulberry Centre on Sunday 10th July. Congratulations to Rachele, Annie-May, India and Didier on a superb performance.

Rachele also kindly gave us an insight into her tour in Malta when she, Annie-May and other students visited several schools and treated the young children to performances of classical music the like of which they had never heard before. The group had many instruments with them. Of course Rachele couldn't take her piano to Malta or to her performance for us. It was interesting that Rachele told us piano was her primary instrument of choice and cello her second, which is rare as cello is a very hard instrument to master. And master it you certainly have Rachele. It was definitely a privilege for us to hear you and your friends tonight.