In the Picture The Mayor , Mayoress, King's Lynn Rotary President 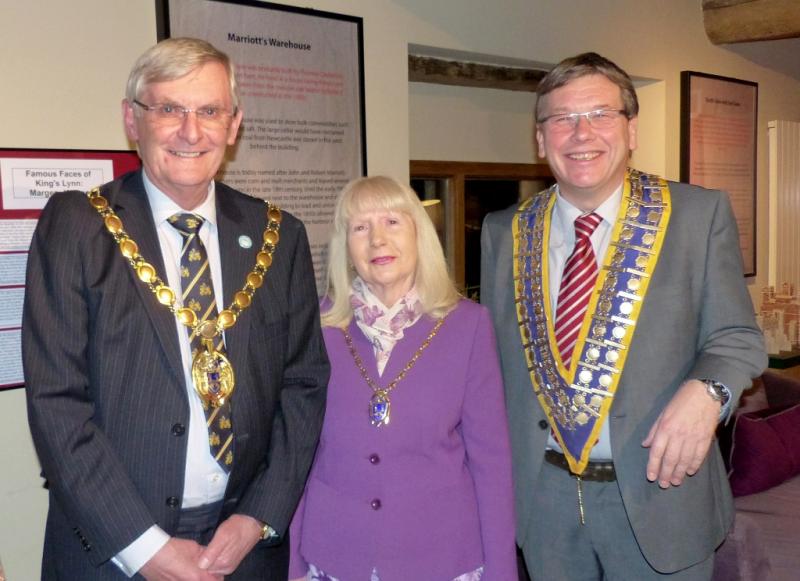 For many years it has been the practice of the Rotary Club of King's Lynn to invite the Mayor of King's Lynn and West Norfolk to be the guest of honour at one of the Club's regular meetings, this at a meeting with our partners held at Marriott's Warehouse.

The Mayor Colin Manning gave a breif and informal talk, based on his life and the bachground to him holding the post of Mayor.