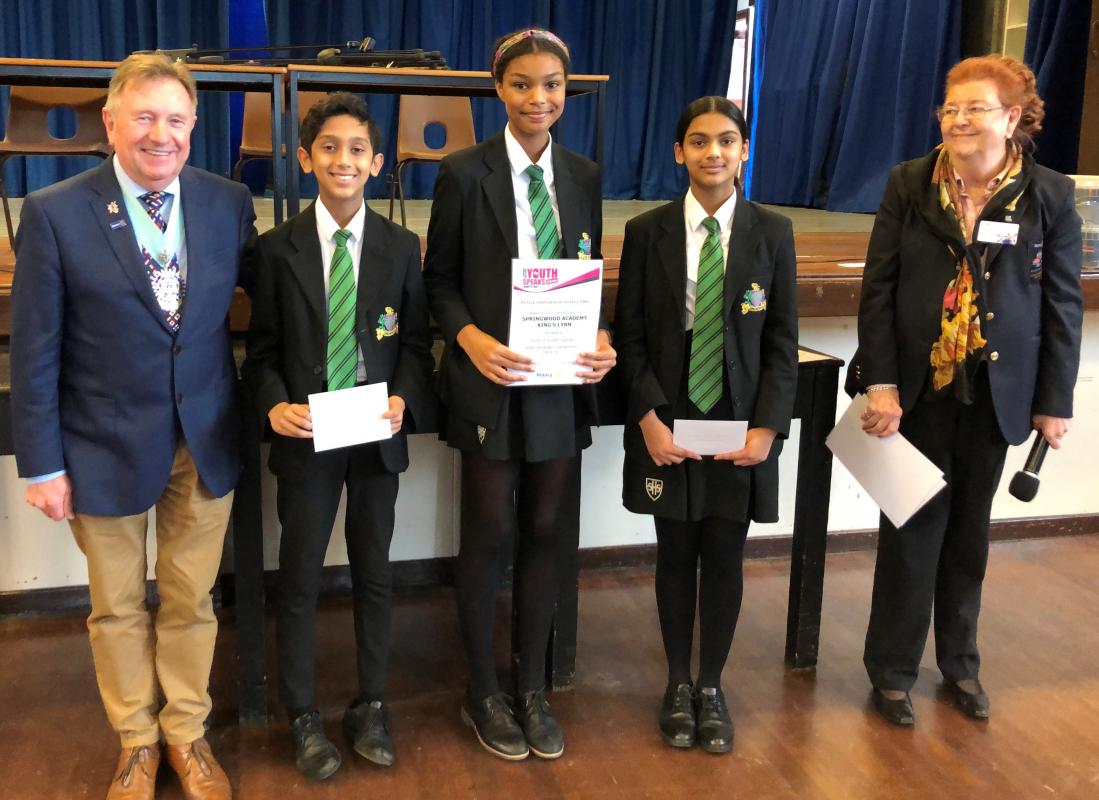 Latest news: In the District Final in Bury St Edmunds on 8 February the Springwood team beat Copleston School in Ipswich and the Perse School in Cambridge.  The Regional Final is on 21 March.

The winning team was that from Springwood High School: Alexandra Ampomah who proposed the motion that the NHS should be privatised; Elizabeth Mathew who opposed the motion; and Jeremy Mathew who chaired the debate.  They will represent the local area in the District round of this national competition at Bury St Edmunds on Saturday 8 February at King Edward Vl School, Bury St Edmunds.

Photo: The Springwood High School team (from left to right): Alexandra Ampomah; Jeremy Mathew; and Elizabeth Mathew, together with the President of the Rotary Club of King’s Lynn, Steve Roberts.

A few notes relating to the competition:

The Rotary Youth Speaks Competition is a well-established and successful competition organised and promoted by Rotary International in Great Britain and Ireland.  It is a four-stage competition which is designed to support and encourage the development of effective communication skills. Some stages may have more than one round.

·       an incentive to formulate ideas on topical subjects

·       discipline in dealing with a topic in a limited time

·       the opportunity of learning and practising high standards of expression, presentation and

·       impartial feedback and assessment of performance by experienced adjudicators

Who can take part?

The competition is open all schools and college communities including those that are home educated and any other young people’s community organisations, for example, community RotaKids, community Interact, Scout Groups, Girl Guides.

Each team will comprise of three students in full time education in two age groups: