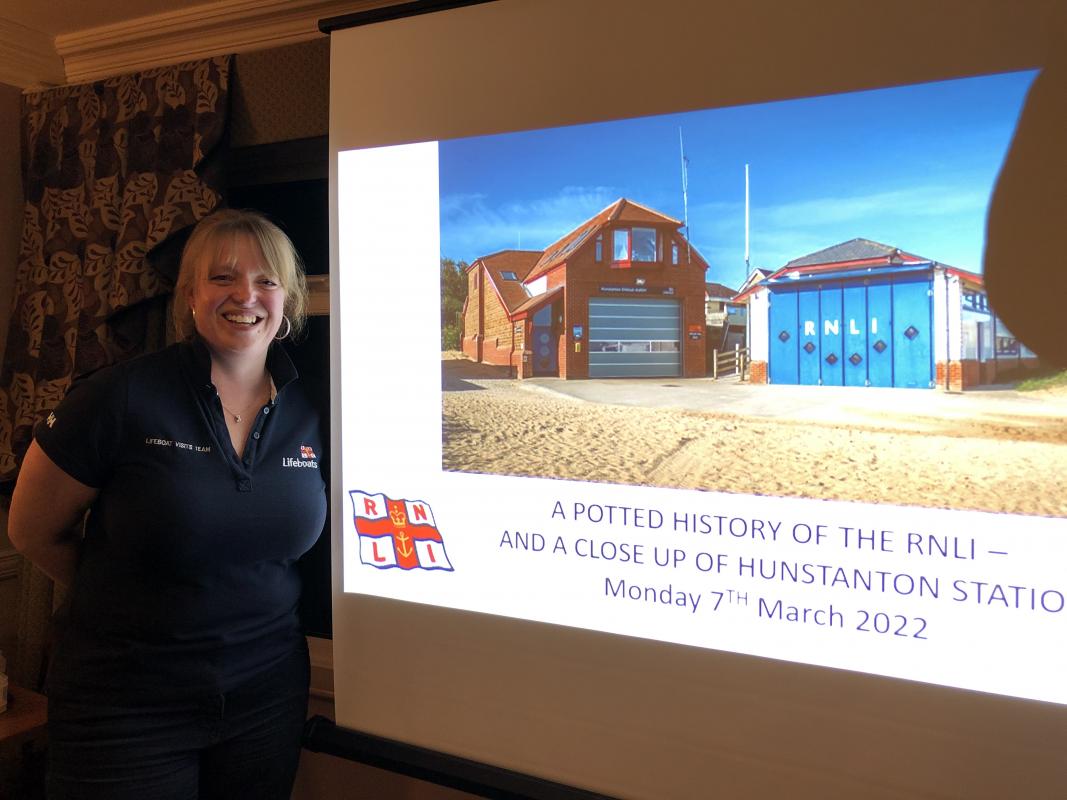 On 7 March 2022 the Rotary Club of King’s Lynn had a most interesting talk from Kate Craven on behalf of the RNLI to which the Club has made a donation of £250 recently.  Kate is one of the nearly 40 volunteers at the Hunstanton RNLI station which deals with some 40 calls for assistance each year, the majority of which are from kite surfers.  The station has both a lifeboat and a hovercraft, one of only seven used by the RNLI.  It is important because of the shallow-water rescues the crews sometimes have to deal with.  The RNLI will have been in existence for 200 years in 2024.  It currently has some 458 lifeboats in the fleet, 163 of which can be used in all weathers.

Photograph: Kate Craven at the start of her talk on the RNLI to the Rotary Club of King’s Lynn.