Our Project with Testwood Lakes Sailability 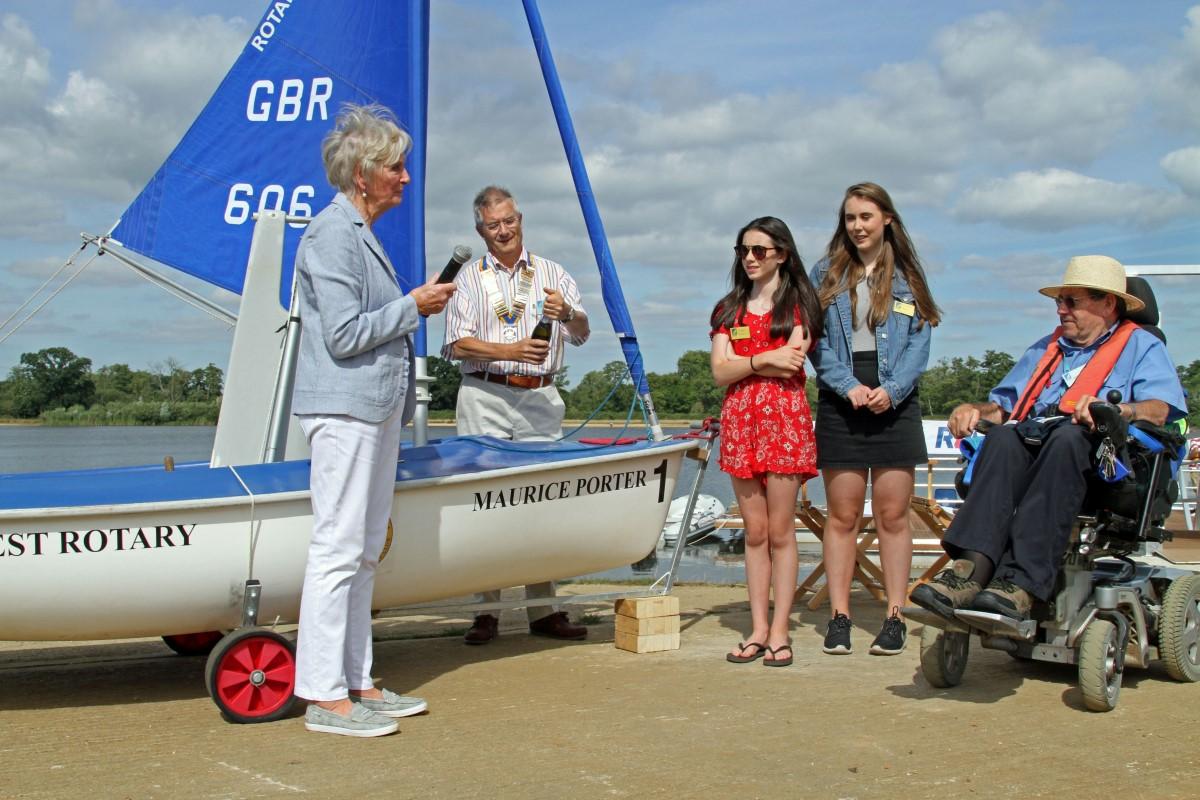 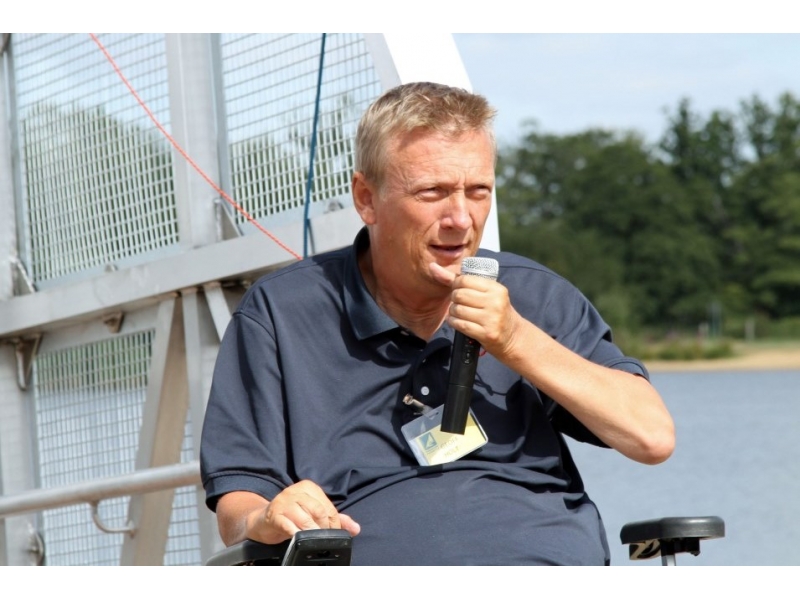 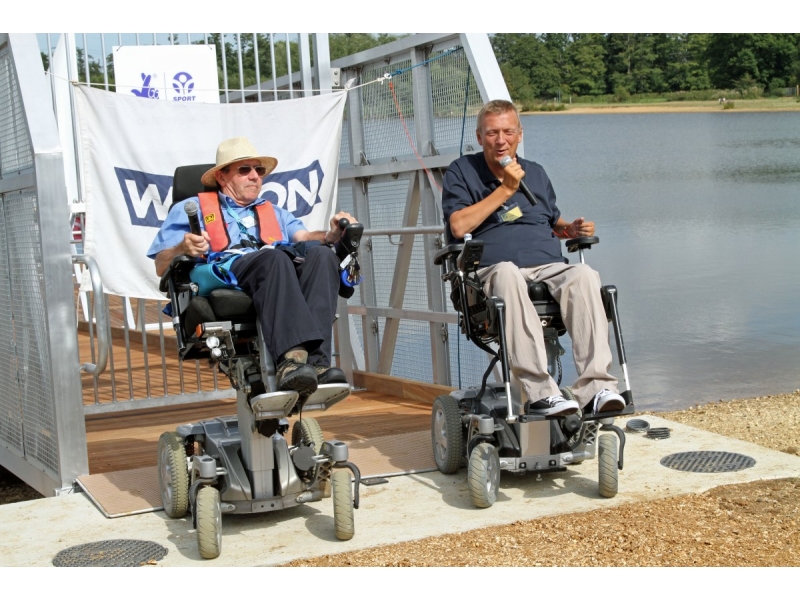 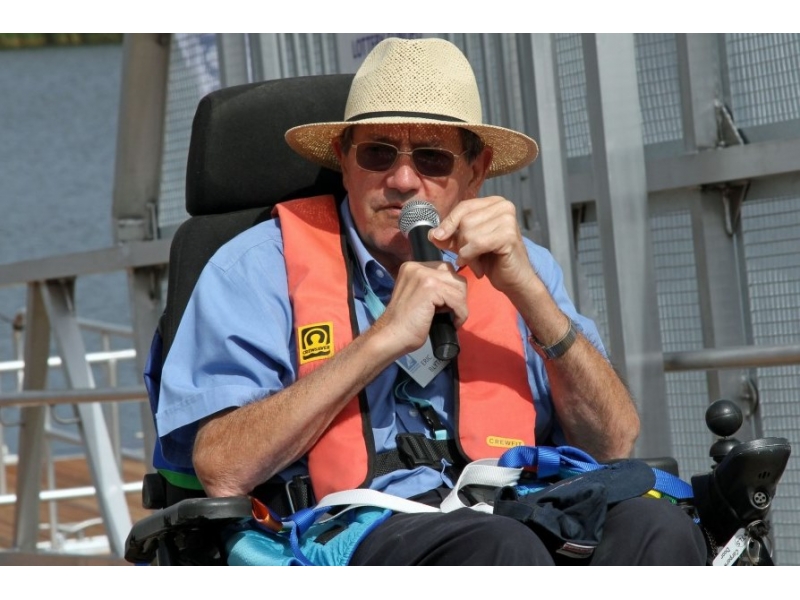 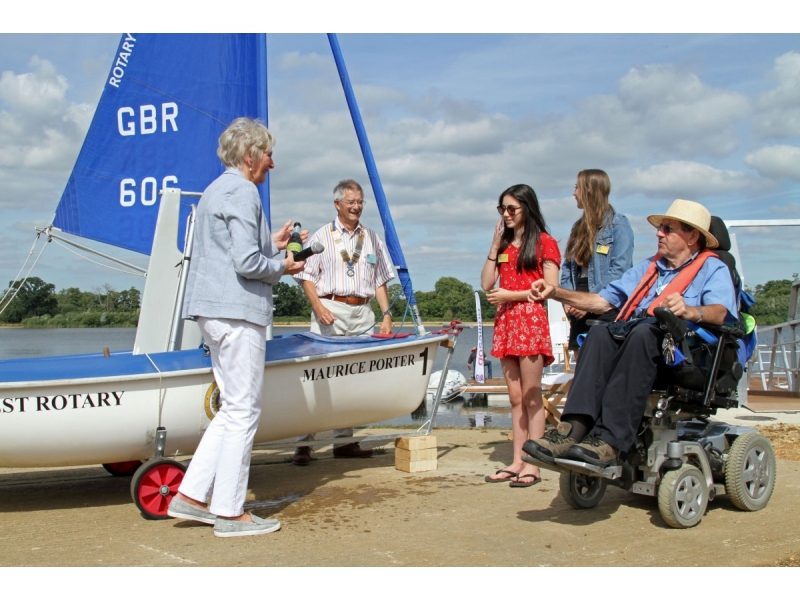 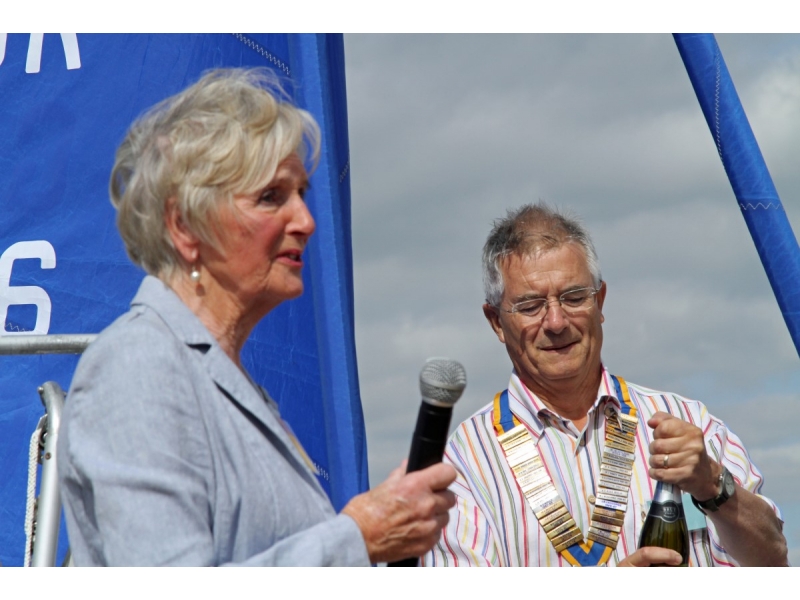 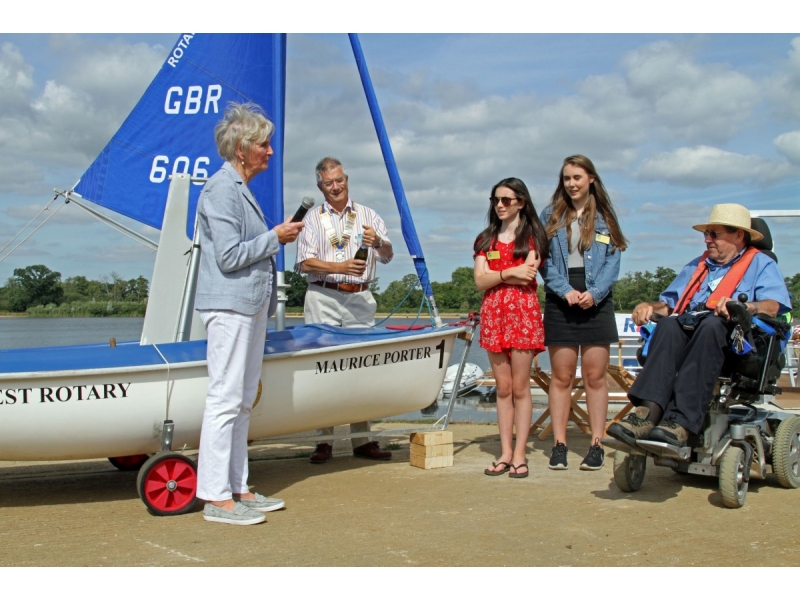 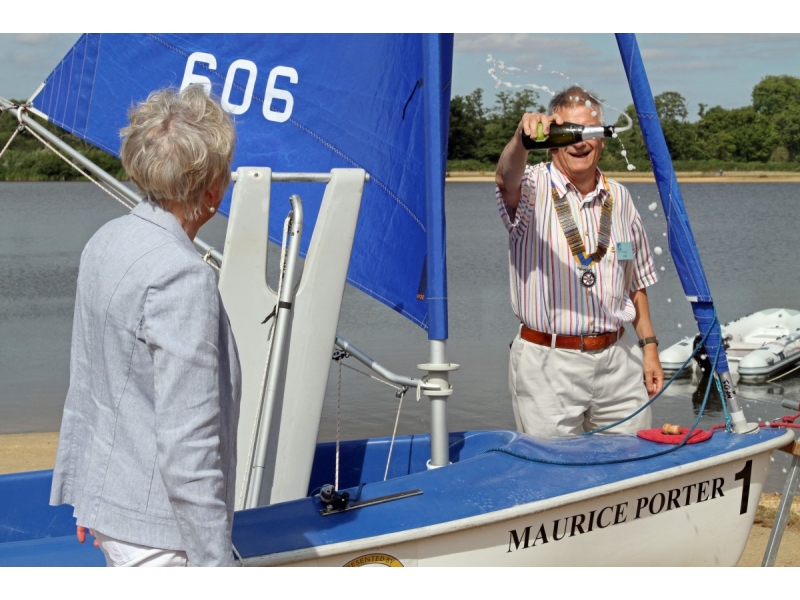 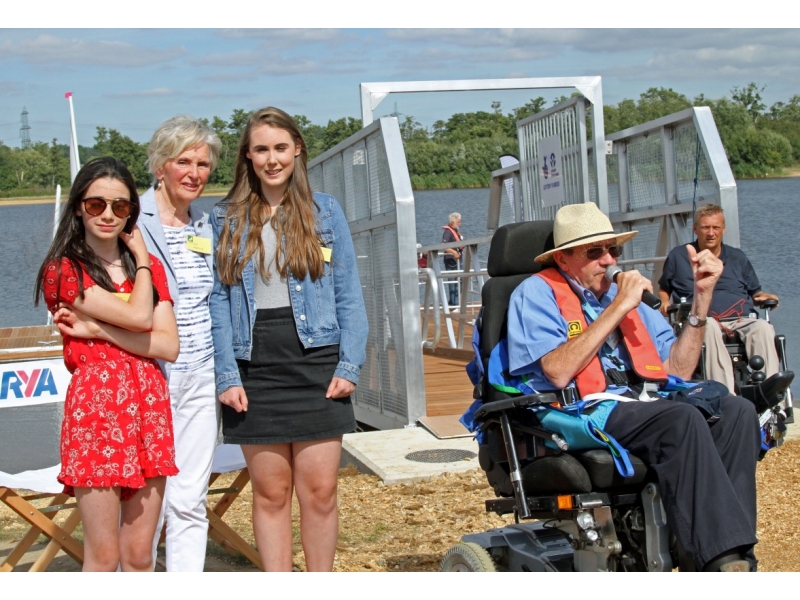 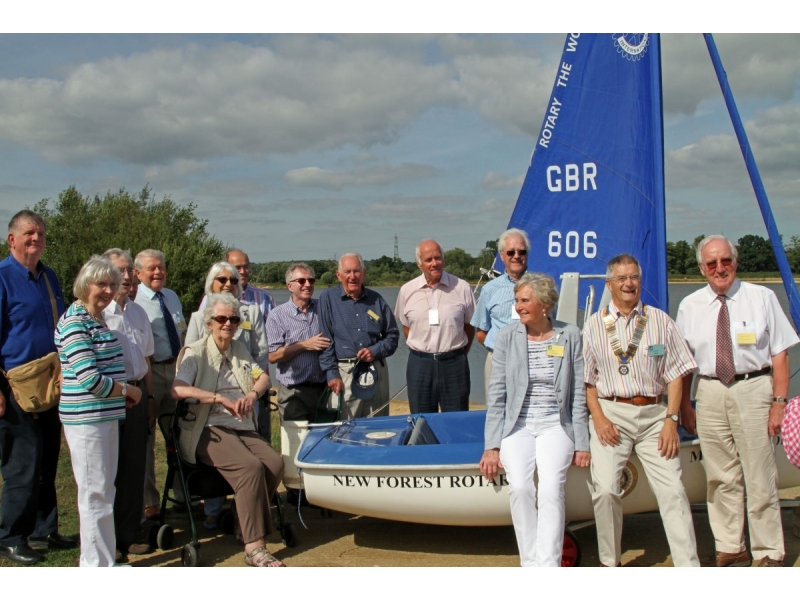 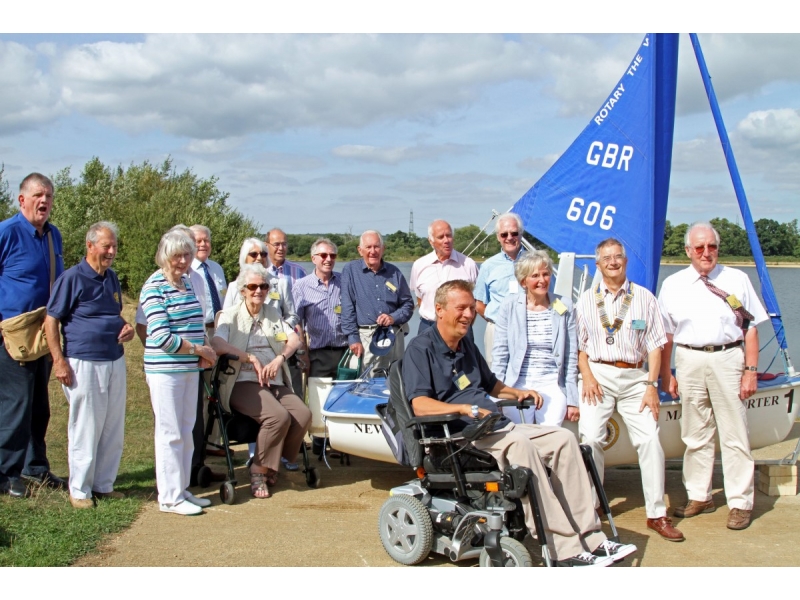 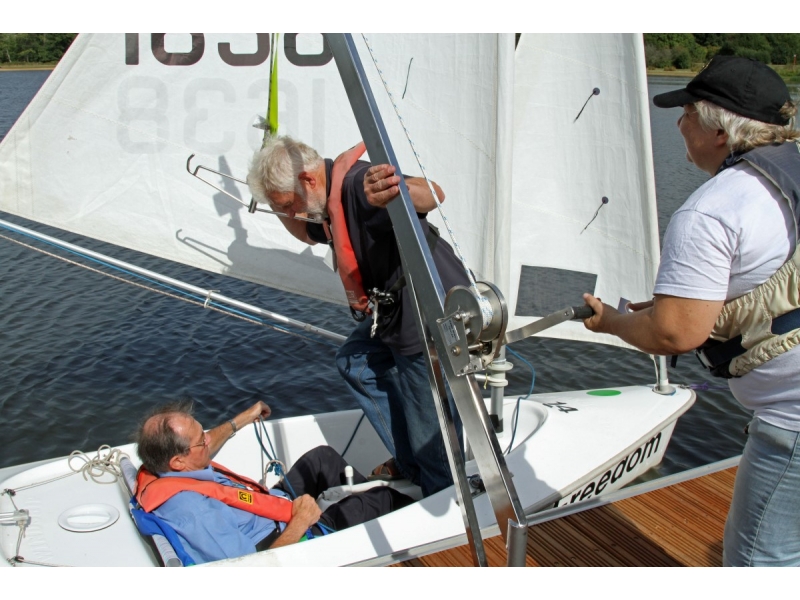 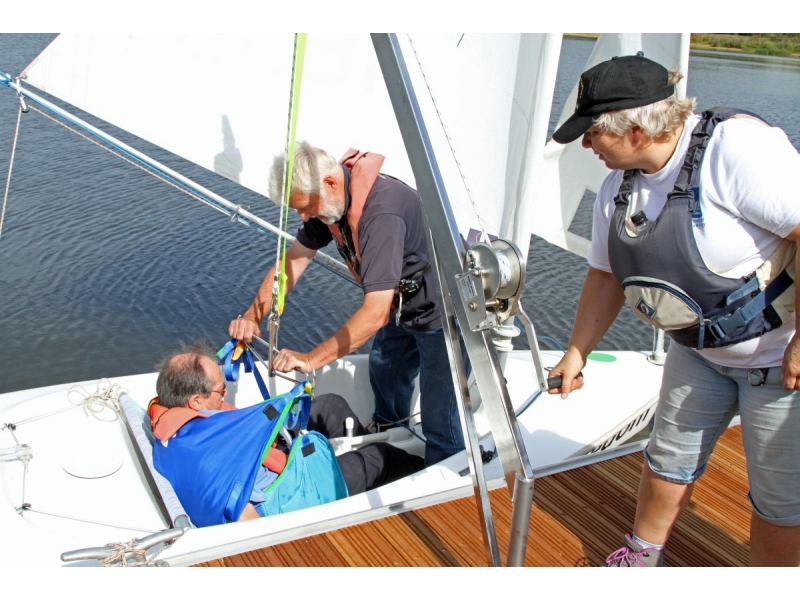 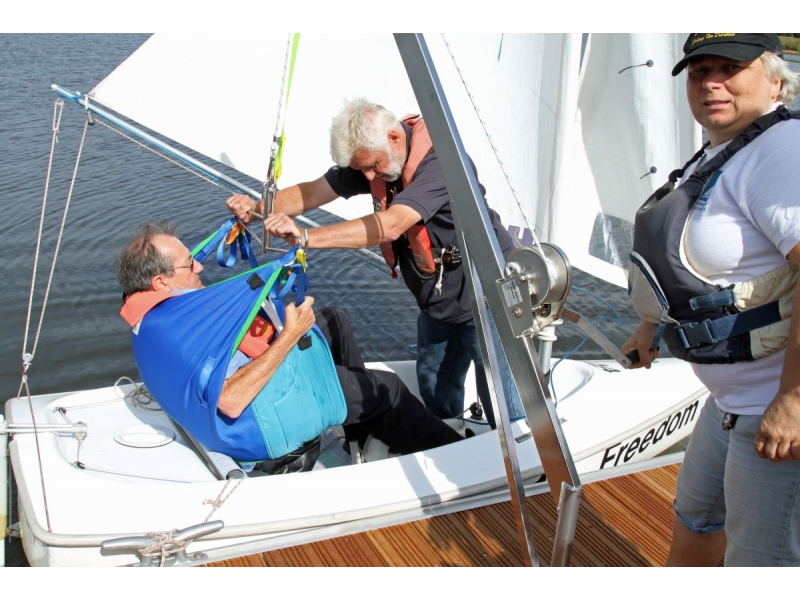 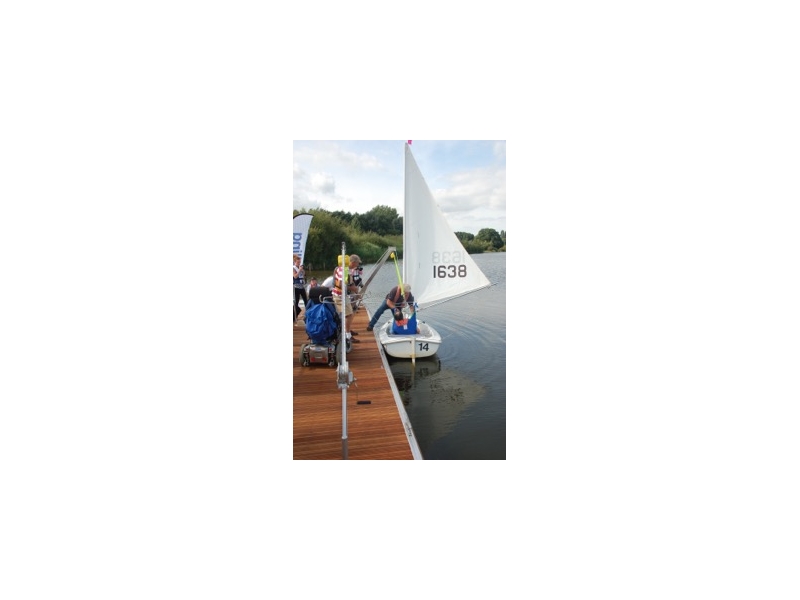 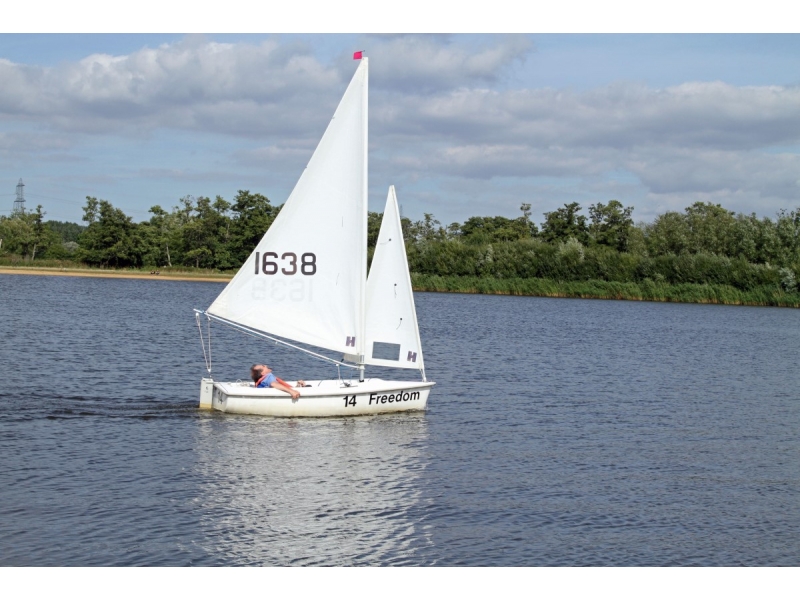 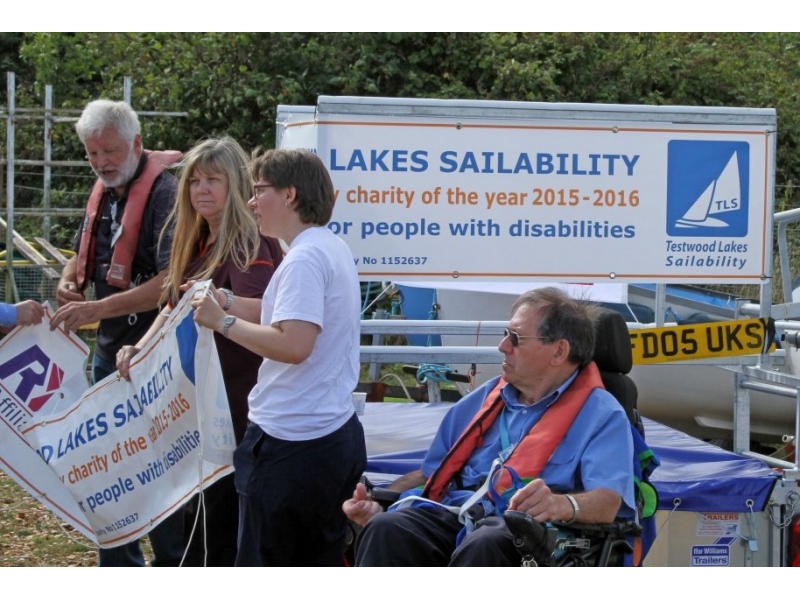 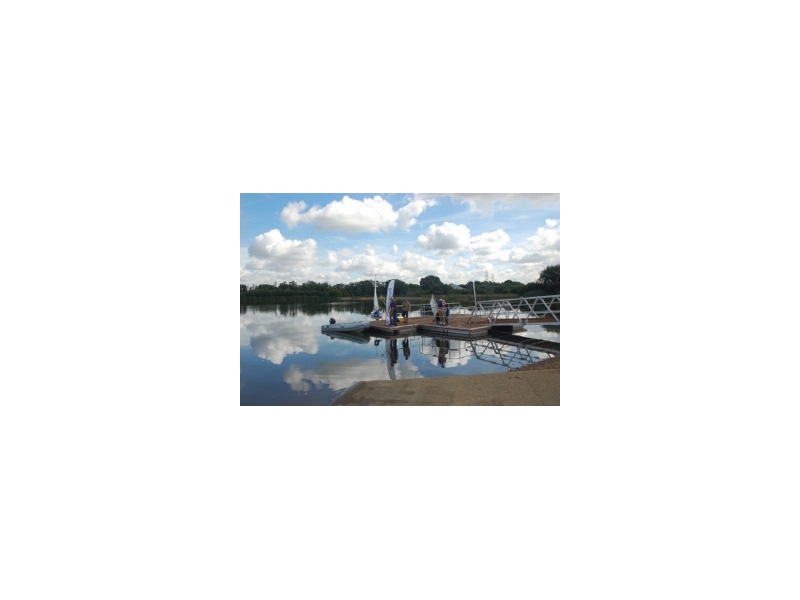 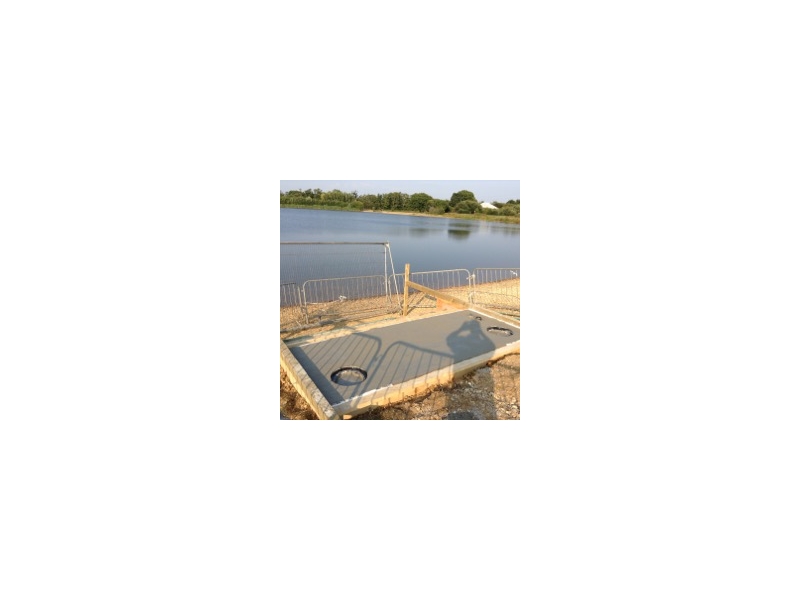 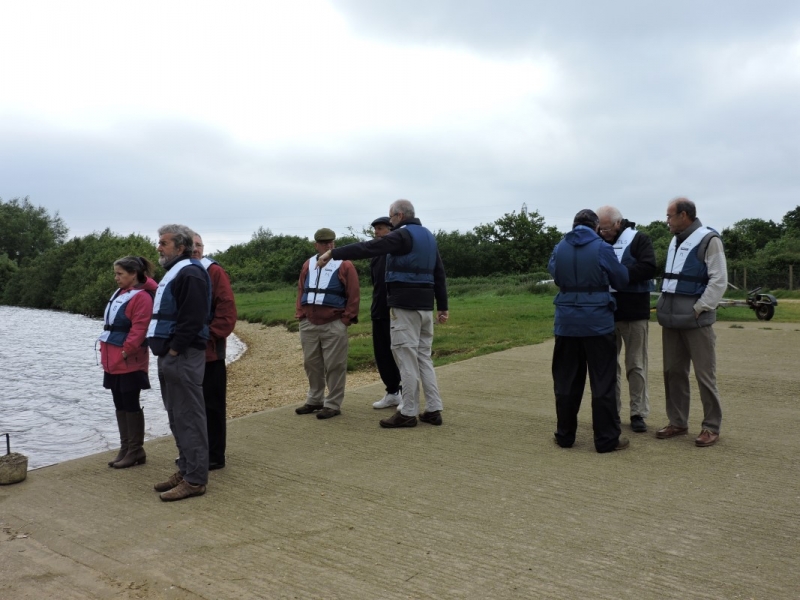 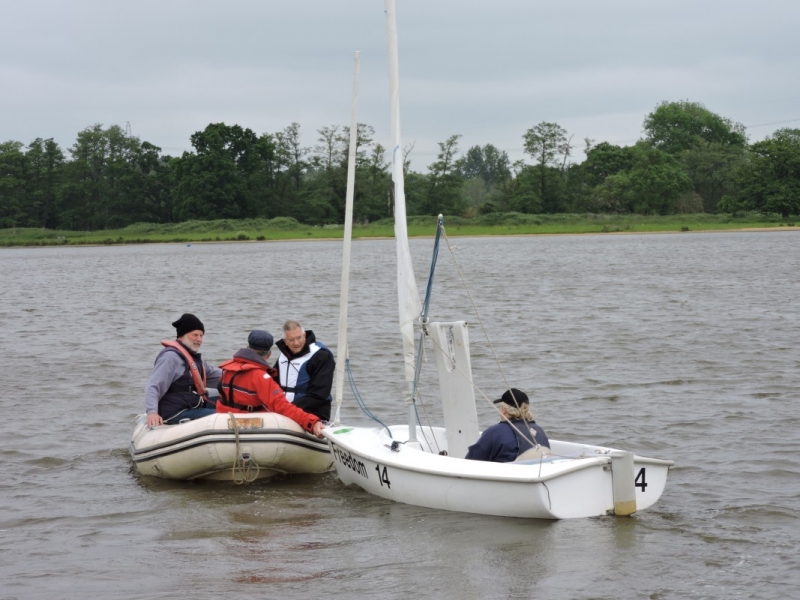 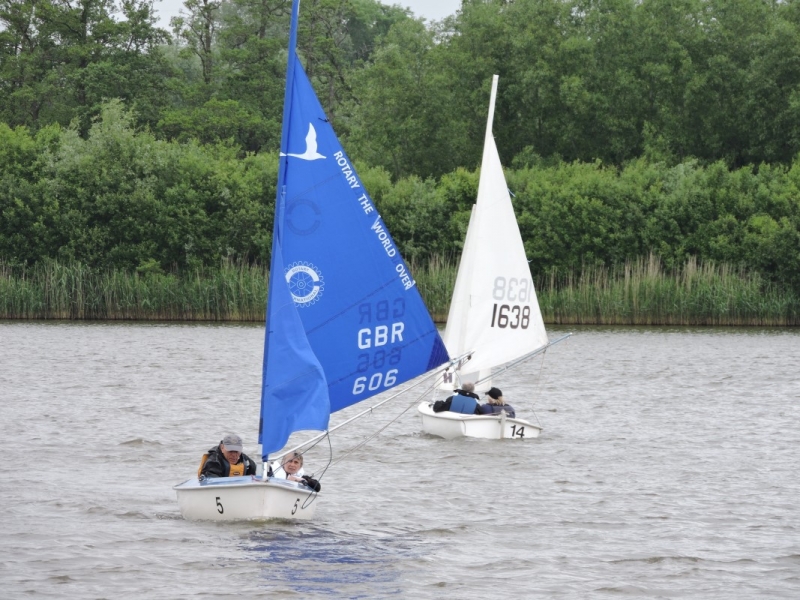 THE GRAND OPENING. See story immediately below, plus Lymington Times article,  and you can also trace the progress and build up by starting at the bottom of the page.

On 1 September 2016, the opening day, the weather was fine.  The pontoon opening ceremony was performed by Roatarian Geoff Holt MBE.  Geoff is a quadriplegic yachtsman who was paralysed in a swimming accident in 1984.  Since then he has undertaken many adventures which you can read about on his web site  but he was there as Patron of Testwood Lakes Sailability.  After the opening the microphone  was passed to Eric Blyth as Chairman of the charity,  who introduced our own Pat Porter who named the dinghy Maurice Porter in memory of her husband and our Founder President. Current President Philip coaxed the fizzy out of the bottle.  Pat’s granddaughters Megan and Charlotte were on hand as were members of our club, Hythe and Waterside Rotary Club and Richard Maunder representing District 1110.  Both the Echo and Lymington Times sent reporters and for the Echo in particular it was the continuation of the original Founder Presidents Fund story.  Eric then demonstrated how the hoist is used to lower the disabled sailors into the dinghy before going off for a well earned sail.

But for us it is not the end of the story we still have the new dinghy to order using the joint monies raised last year by our club, Hythe and Waterside Rotary Club and the matching District grant.  Delivery of that vessel will be next Spring.  Testwood Lakes Sailability continues to be one of the Presidents charities for this year with a special emphasis on helping to get local volunteers.

ARTICLE IN THE LYMINGTON TIMES. 10 SEPTEMBER 2016
with 3 photos similar to those by Ray above.

On 25th August the long awaited pontoon arrived and was quickly assembled whilst in the background Shirley Rutland was serenely drifting by as a new volunteer recruit.  Elsewhere work was underway to rename a transfer boat from New Forest & District Sailability Ringwood in readiness for the grand opening day of 1st September.

Testwood Lakes Update 18 August 2016
The base is now laid in place for the pontoon. Big sigh of relief! The project is now on target and will be ready for the official opening on 1 September 2016

The waiting is over!  The project has started.  The pontoon has been ordered and is due to be installed in late July but in the meantime the training of volunteers has started and it is time to order the new boat which is jointly funded by New Forest, Hythe & Waterside Clubs and a District Foundation grant.

In the meantime Rotarians from New Forest and Hythe and Waterside Clubs had a fact finding meeting, during some very unseasonal weather.  The 2 boats from Ringwood Sailability are being used and President Elect Philip went for a test sail.  The photographs show why the deep keeled dinghies need the pontoon and disabled person hoist.  Once afloat the instructor sits beside the learner and either can control the dinghy as much as they want, maximising the enjoyment and learning experience.

A good practical local example of Rotary International in action.

Watch out for further updates for this summer’s Grand Opening.