ANNUAL SAILAWAY TO GINS ON THE BEAULIEU RIVER

A great day out with a pontoon party and lunch at GINS, the Royal Southampton Yacht Club's base on the Beaulieu River. 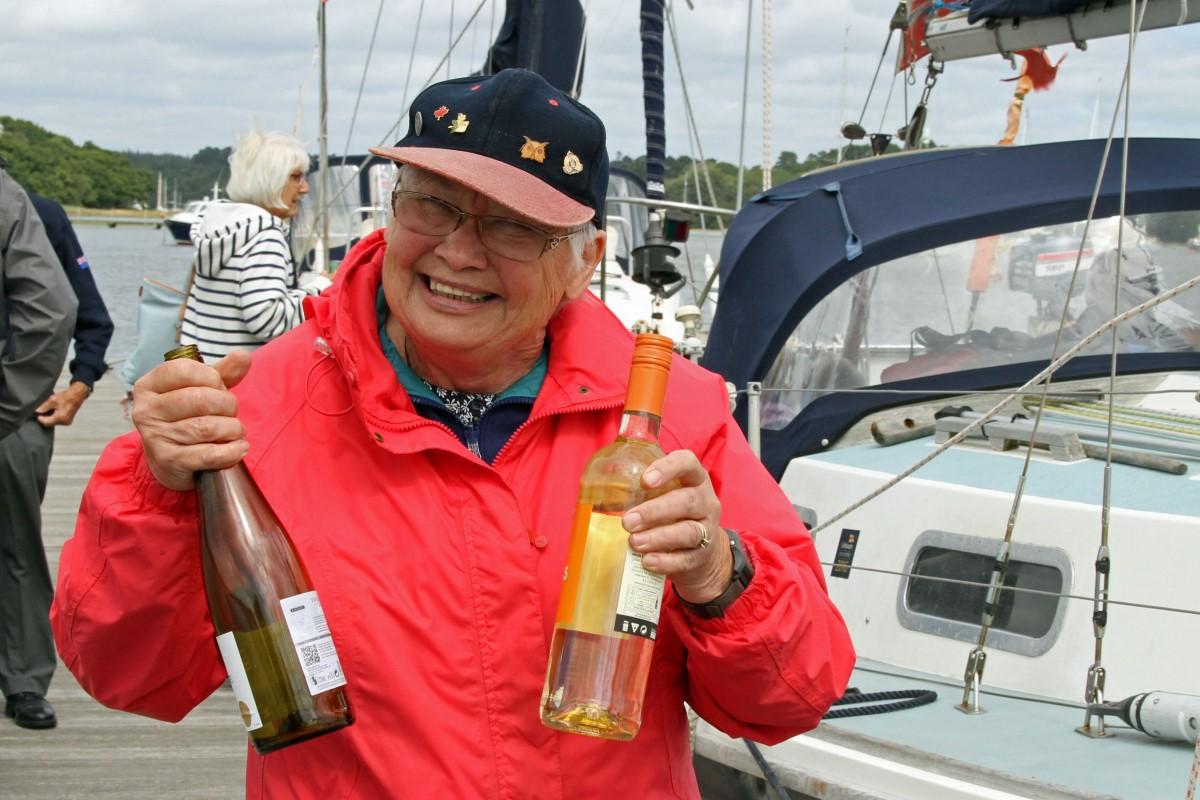 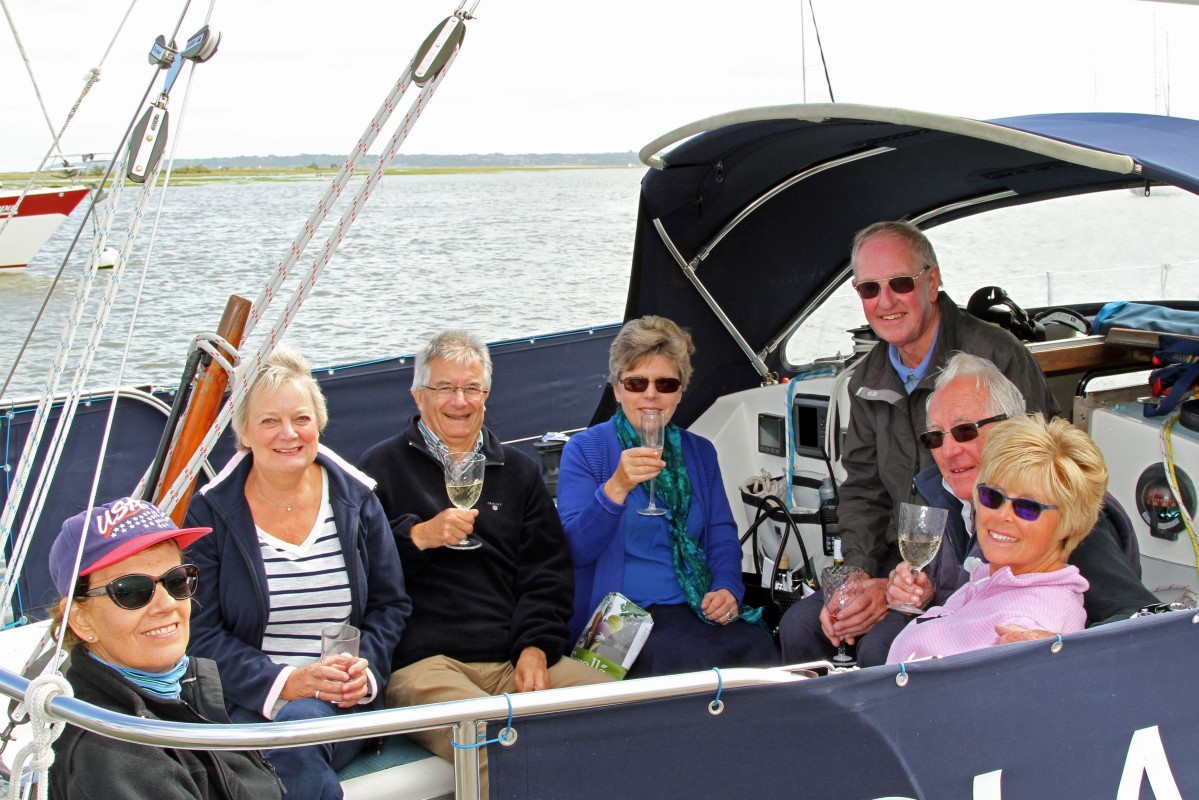 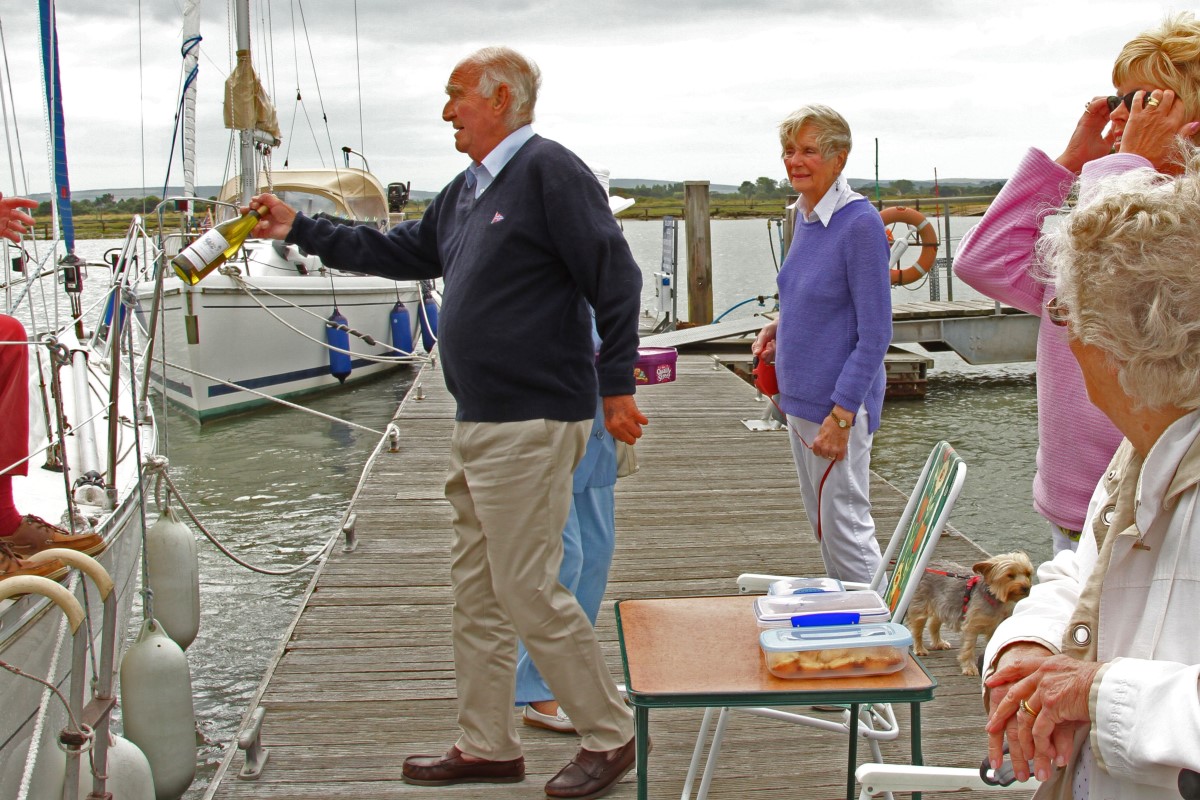 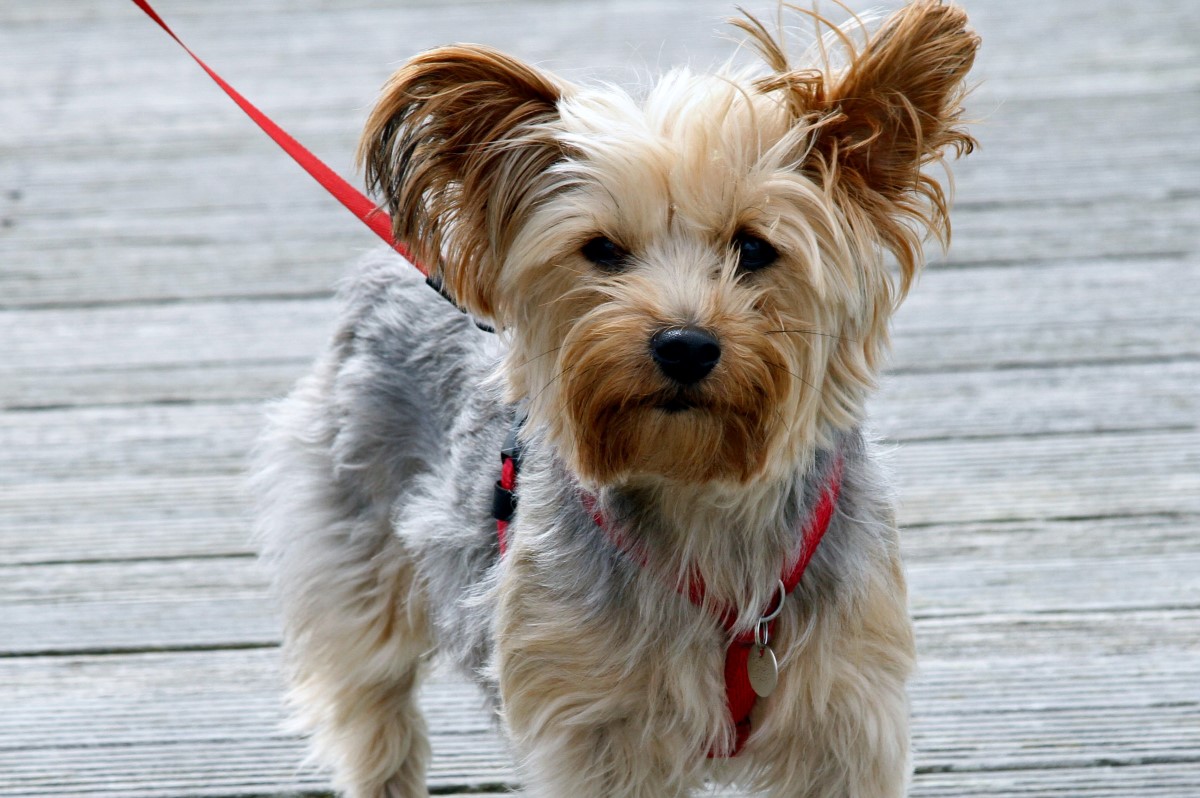 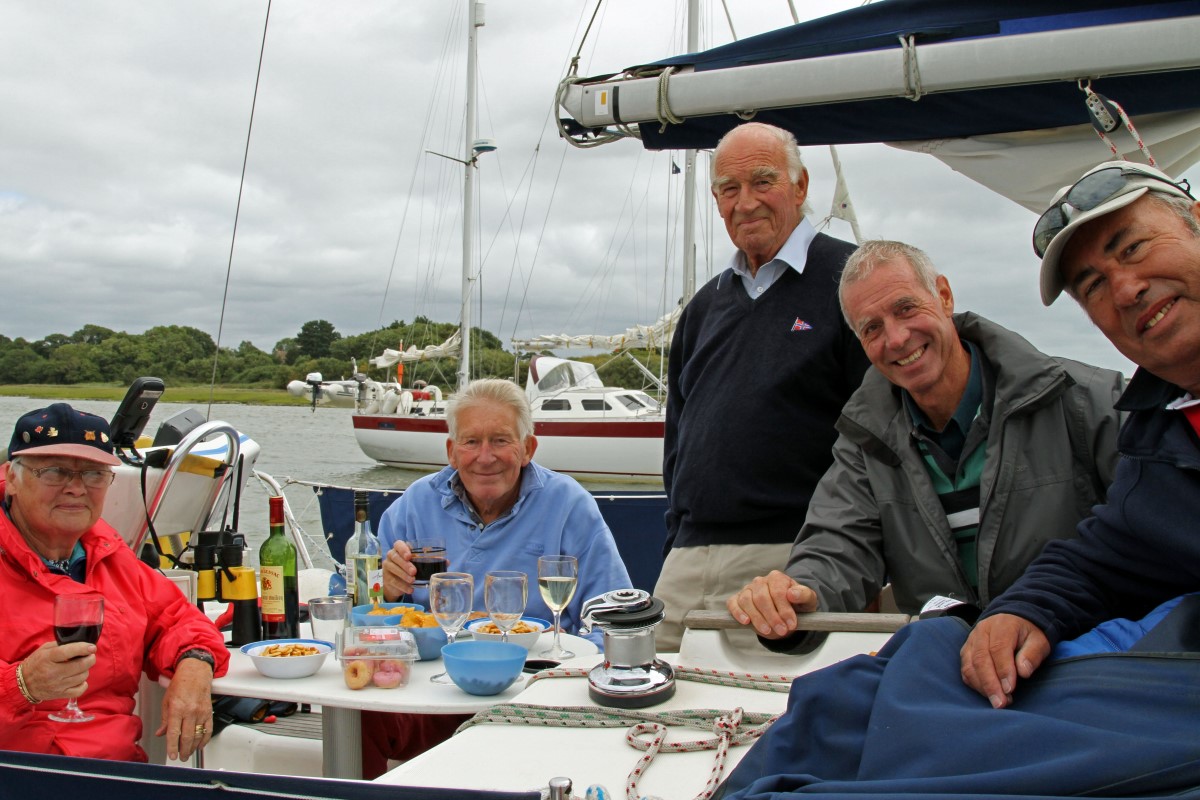 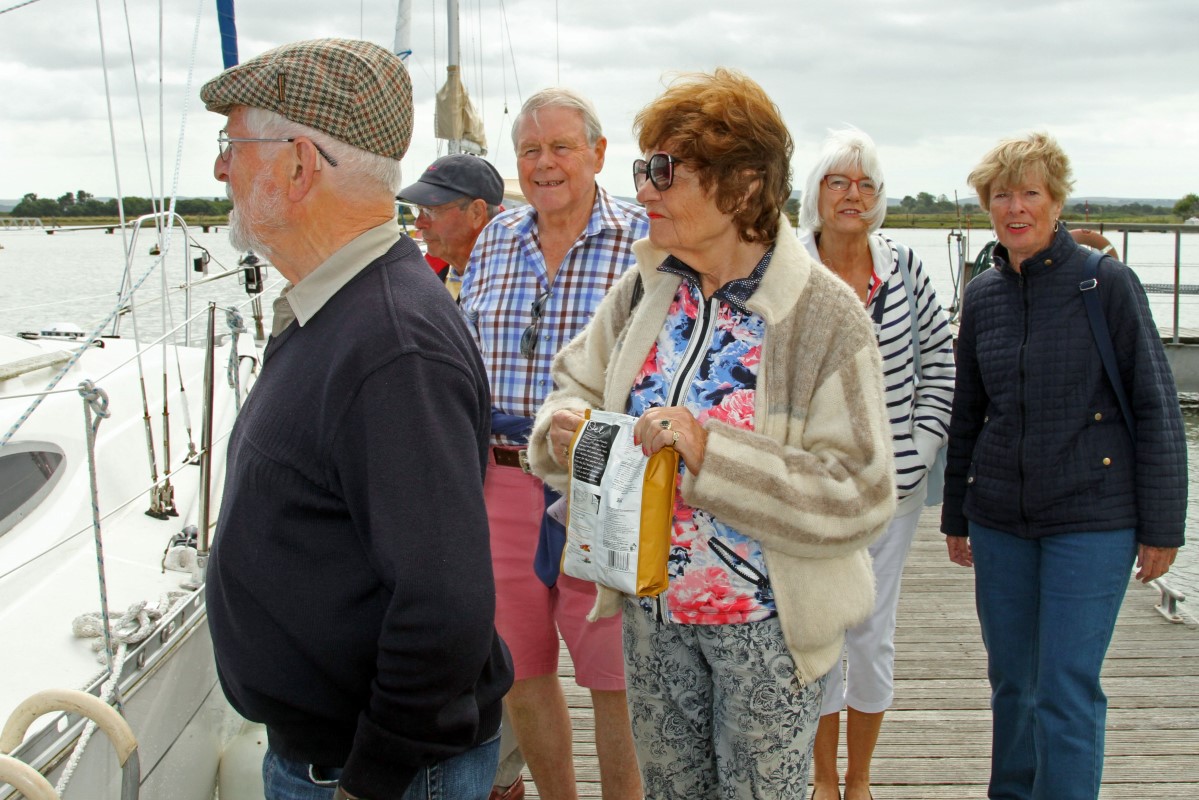 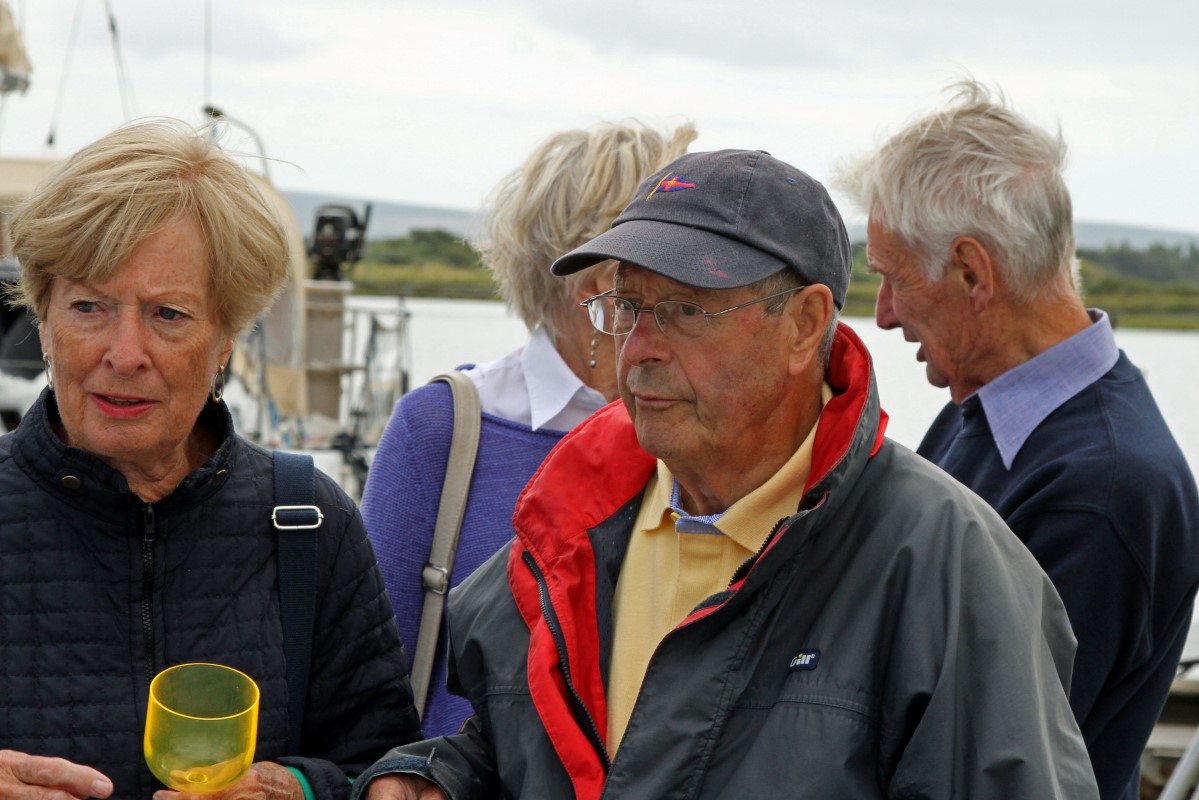 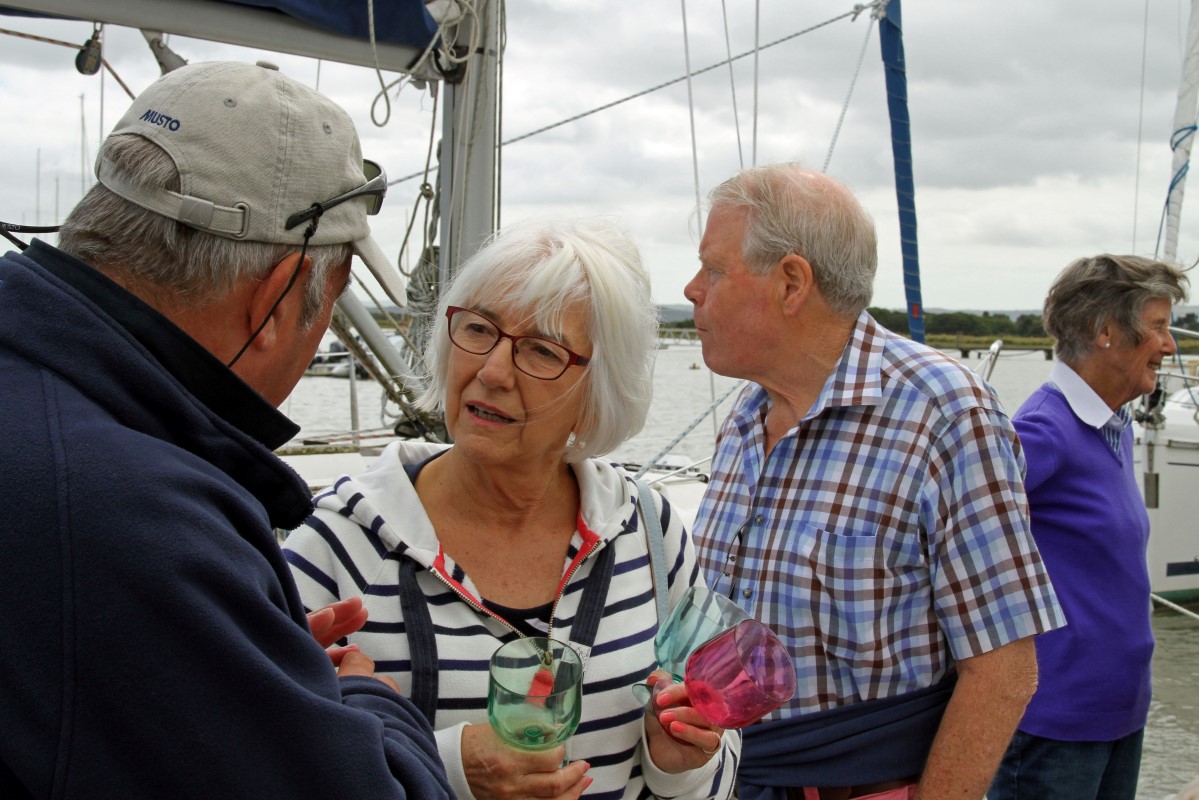 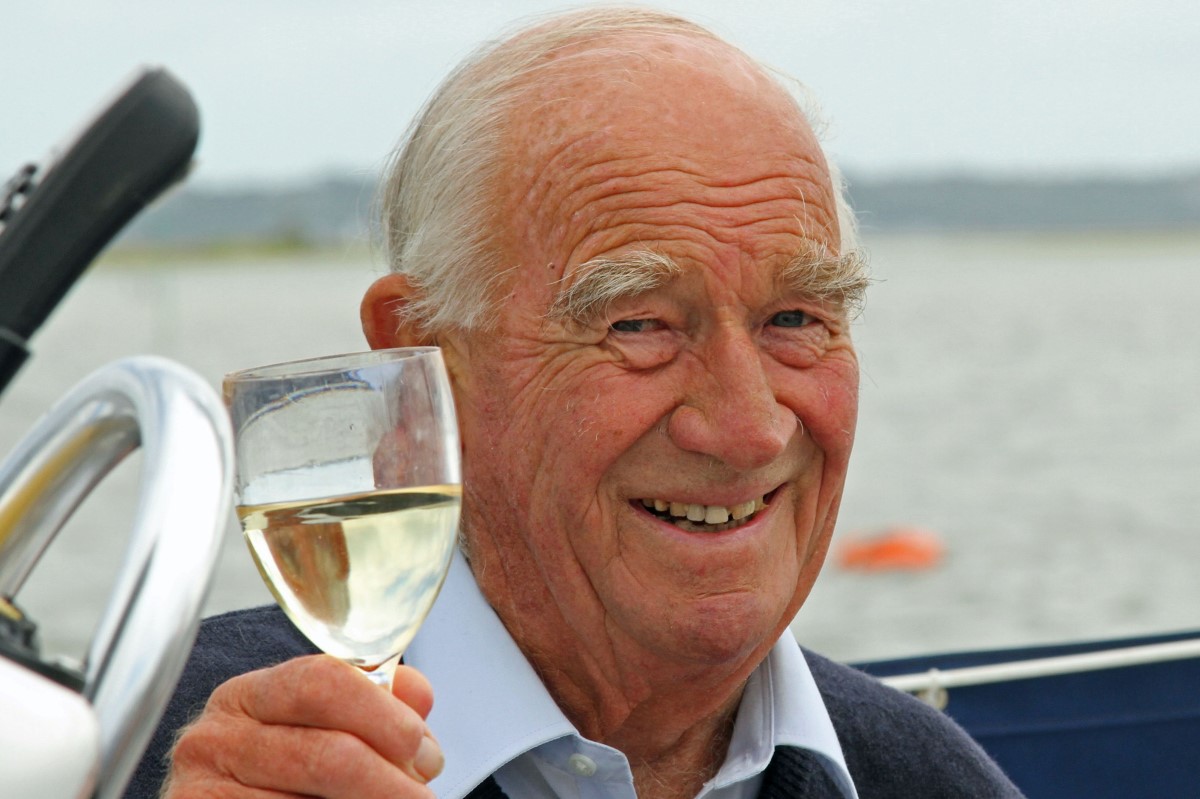 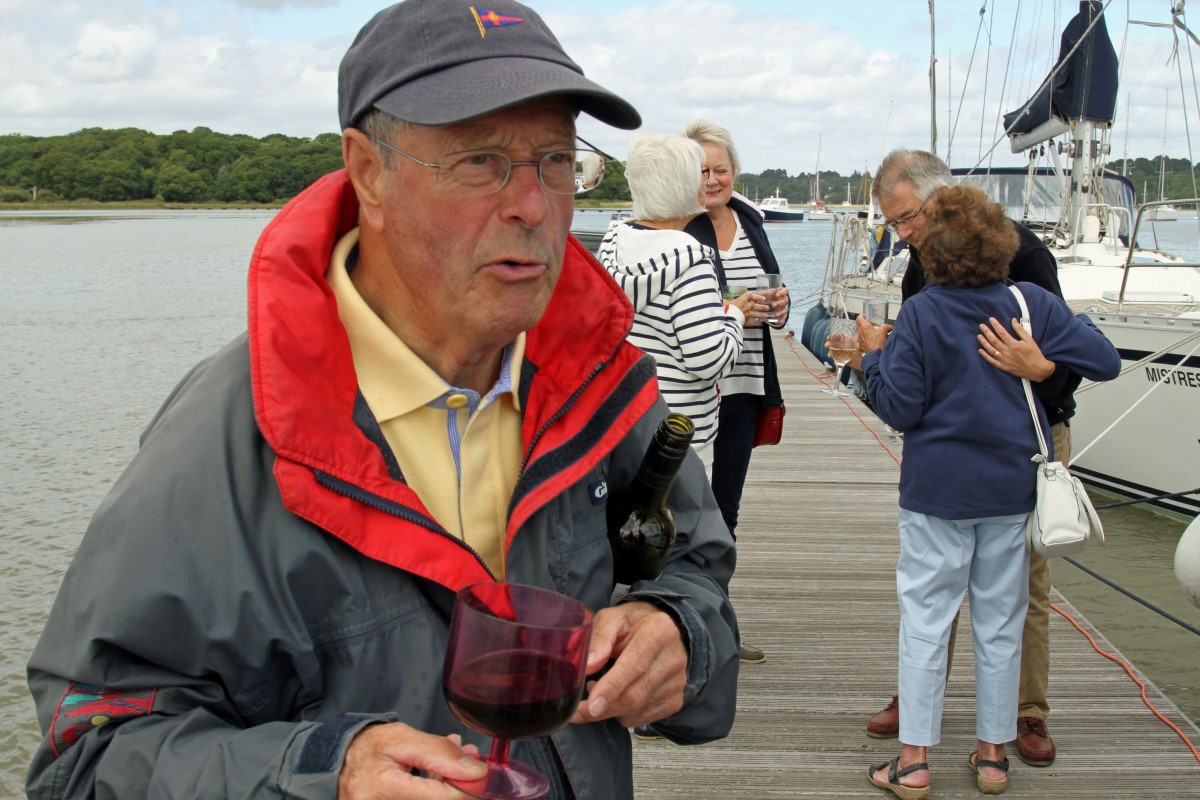 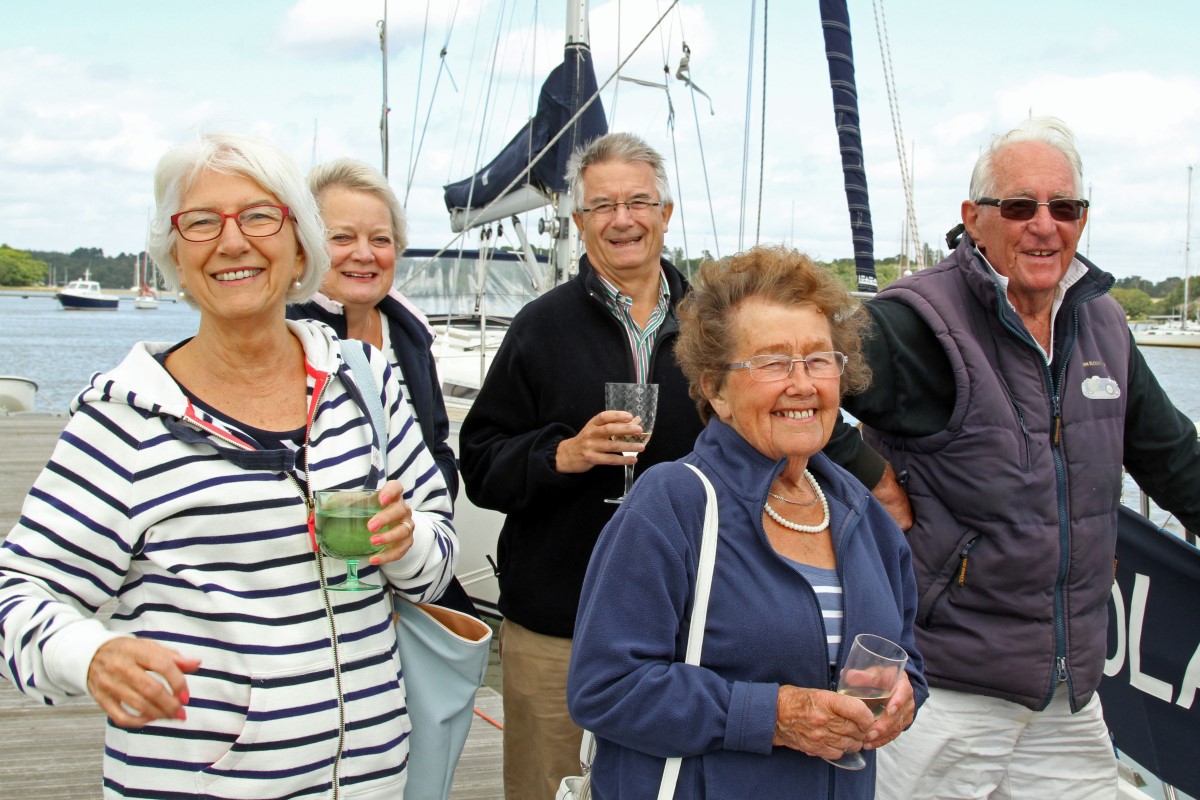 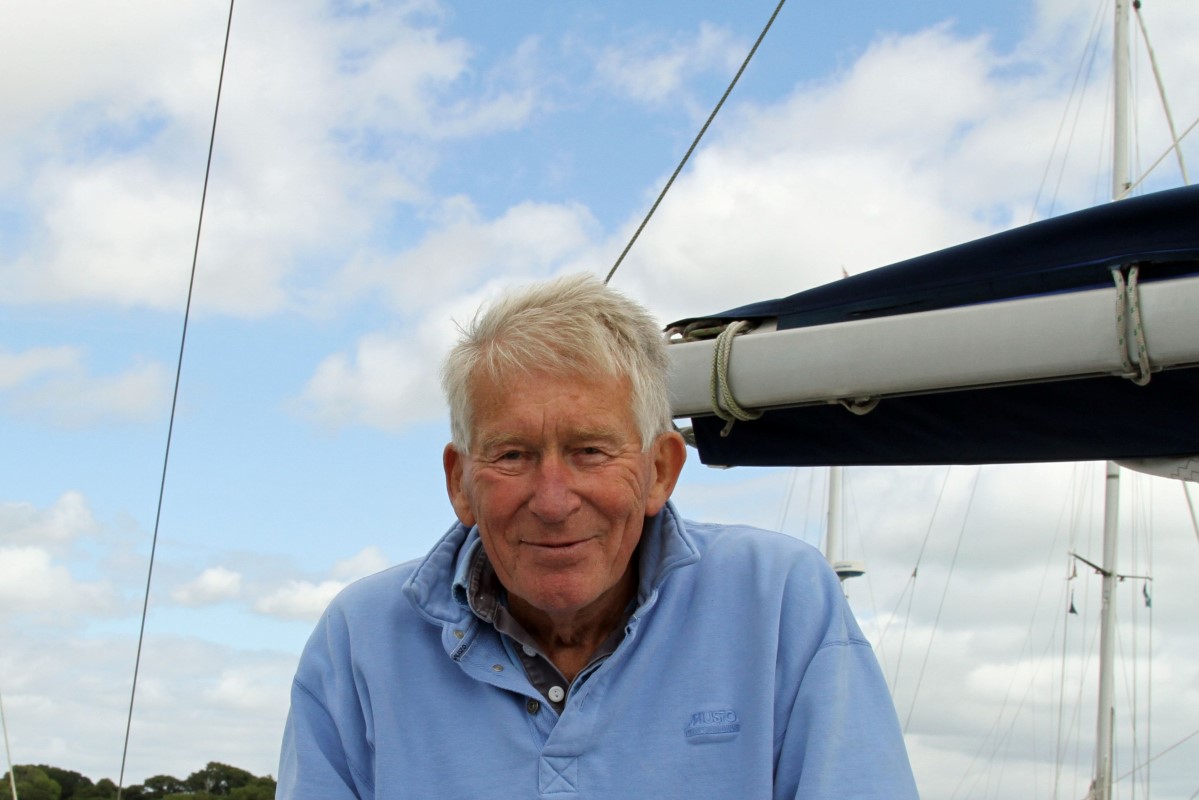 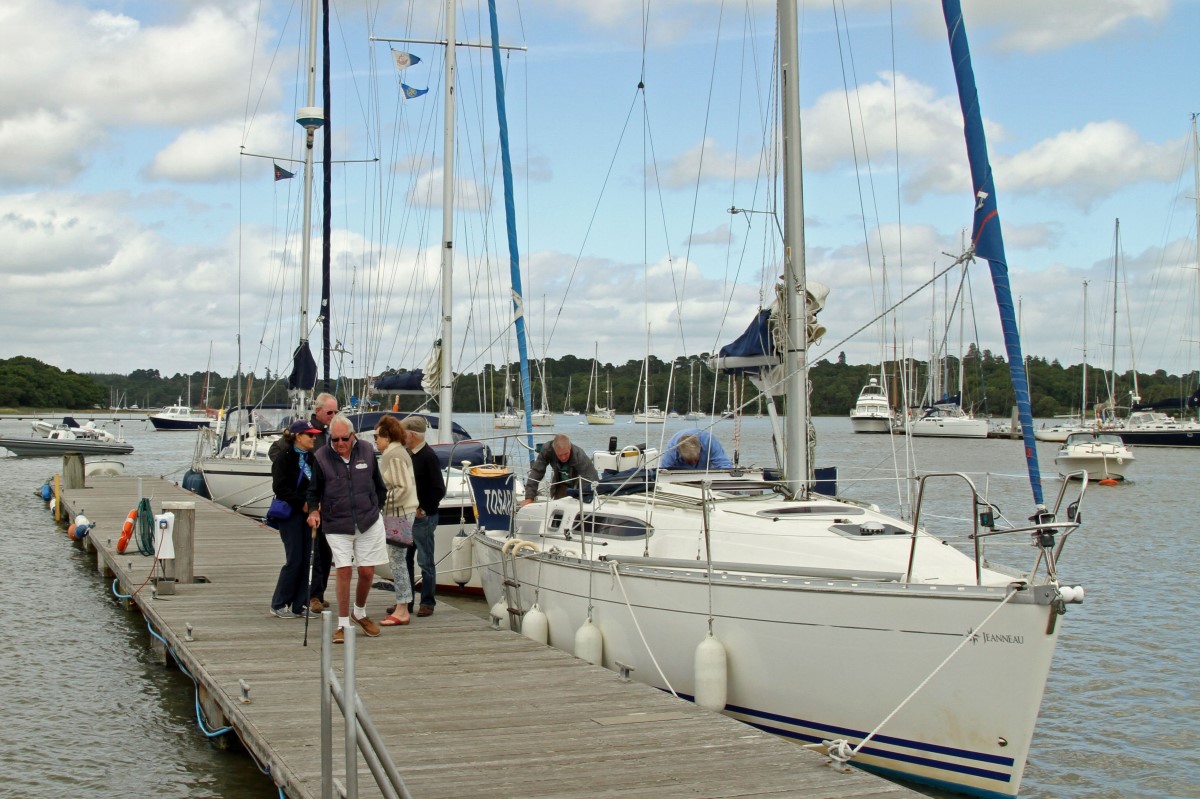 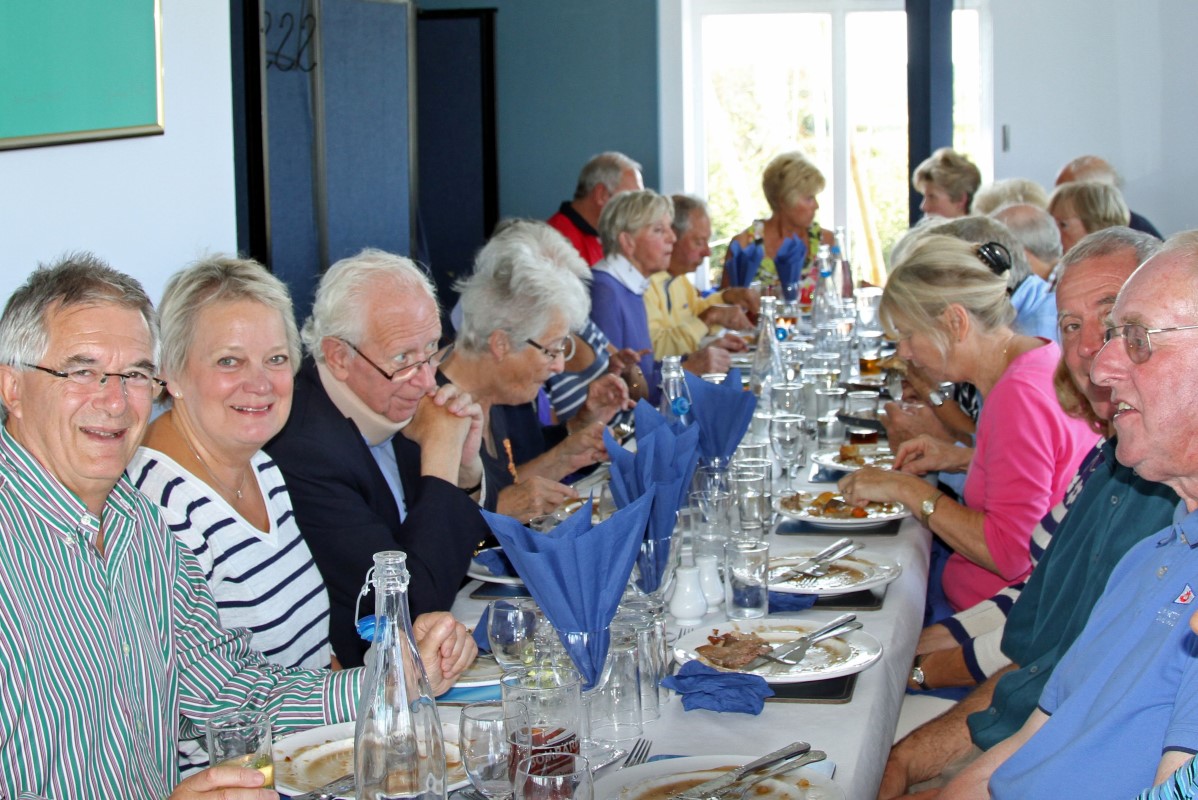 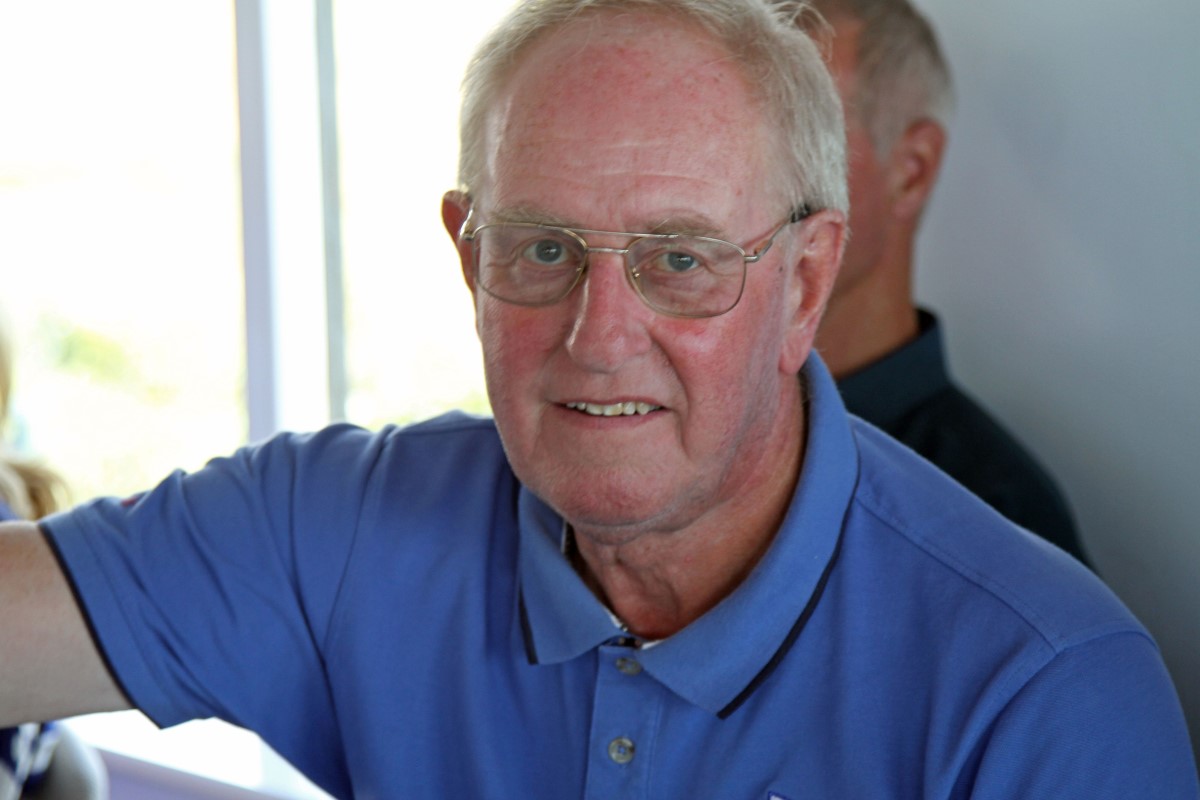 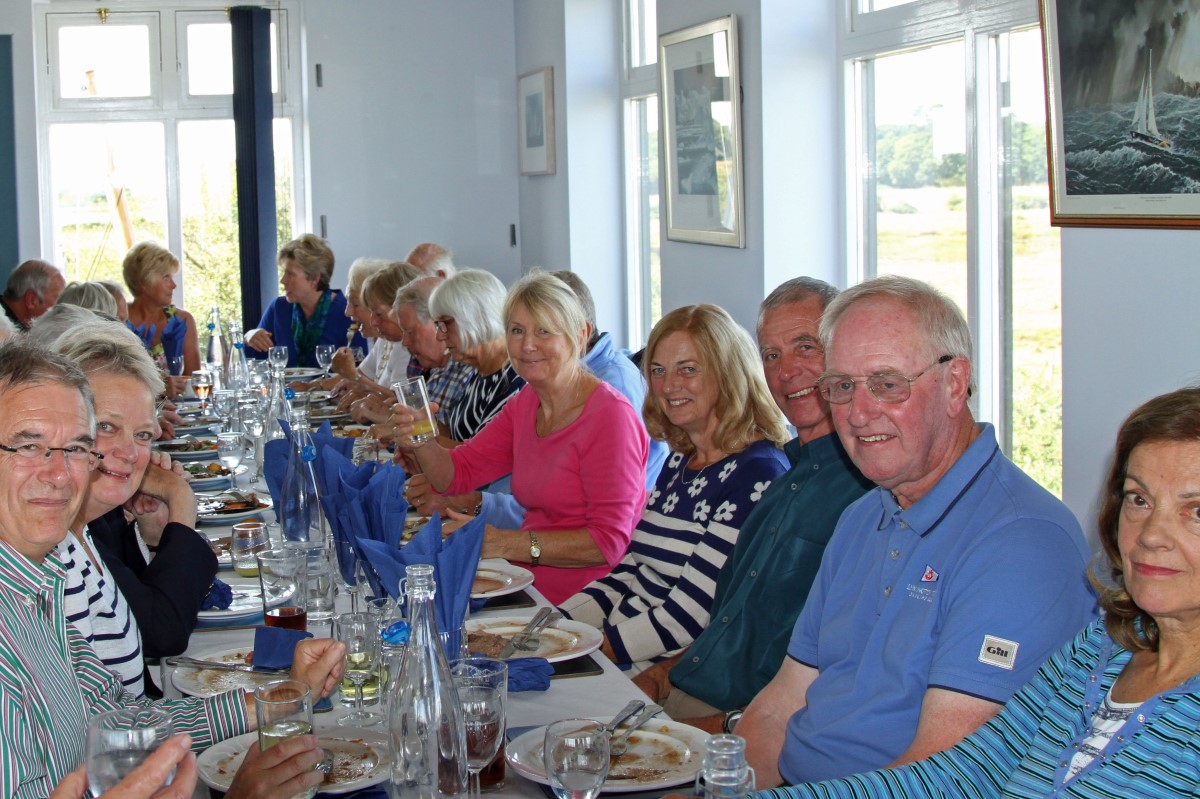 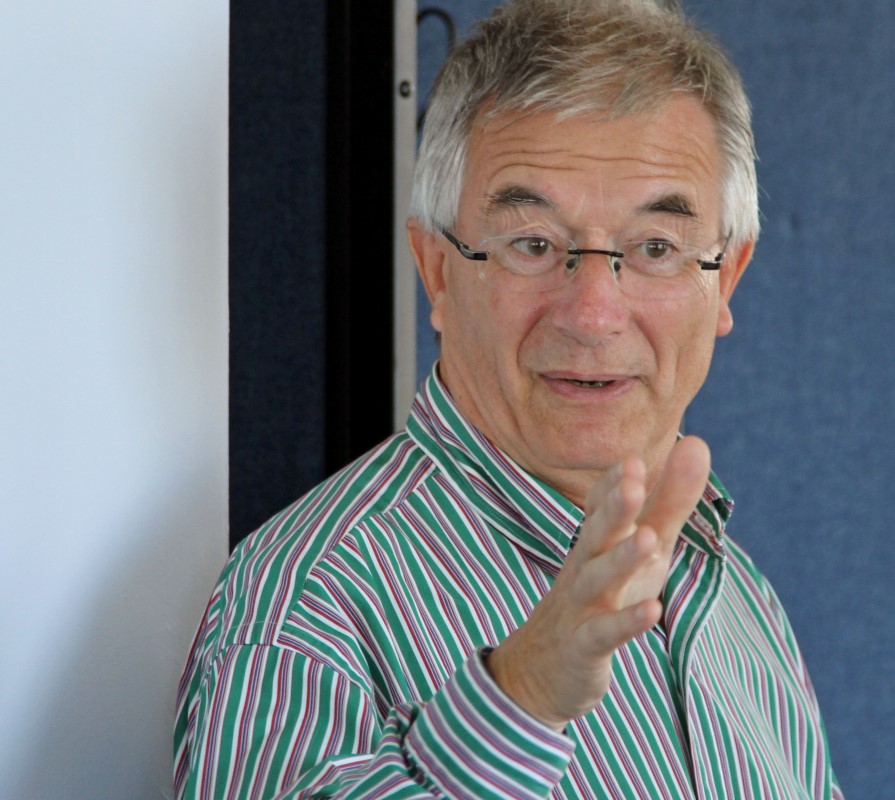 "Last year we all went by road due to dire weather and just too much wind. This year began to look very similar and the Saturday was a day of gales. However, the forecast for the Sunday showed the wind to be easing but still very strong with 20 knots most of the day and gusting up to 30. This was considered unsafe and uncomfortable for John Kernans motor yacht Mercator Too. The yacht Polar Bear from Lymington was happy to sail with the owner Jack McPhie, John B and Janis plus Philip and Fiona. On my yacht Tosara I had to advise two of the promised crew to go by car and sailed from Hythe with myself, George, Ken B and Sue G on board. So nine of us sailed, nine sailors went by car and the shore party was twelve.

The sailors had a brisk time and a thoroughly enjoyable one. The seas in the Solent were piled up but no problem and there were even white horses in the Beaulieu River. The pontoon party was thoroughly enjoyable, wirth some delicious snacks provided by the shore party -  and the wind dropped during our stay on the pontoon.There was an excellent carvery in the clubhouse with 28 of us staying for lunch. Thank you RSYC.

The sailing on the return was heavy, particularly the first hour, and we recorded one magnificent gust of 37.4 knots. Both boats had a safe passage and counted it as a 'jolly day out'. JOHN ROBINSON

Thanks for the photos Ray. Thanks Jack McPhie, sailing friend of John B, who volunteered the use of his yacht Polar Bear.