One Rotarian, one idea, one club, one global organisation, and things happen. 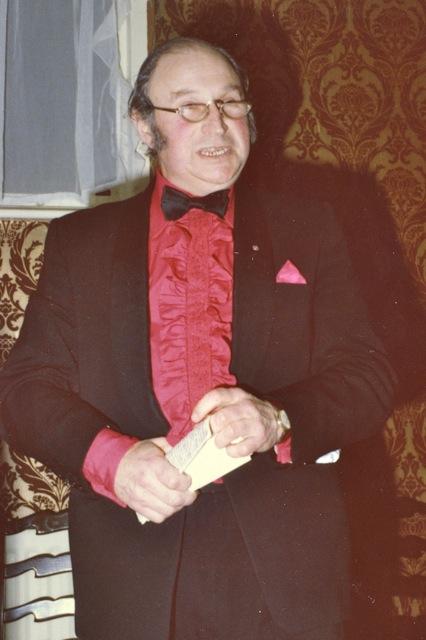 I am proud to quote this email sent from Peter Adams (Past President, Past District Governor and consumate Rotarian - now sadly deceased) to Linda Facey (Past President and currently our Treasurer) a few years ago on the occasion of Linda speaking about her visit to India and work with polio immunisation volunteers.

Good luck with your talk to the WI. It is a great story and I know you will be well received.

It could be that Torrington Rotary Club deserves more credit as regards Polio Plus.

I am not sure if you know the tale but Jimmy Martin, a former Mayor of Torrington and one of our Founder Members wanted to visit all the Torringtons in the world and was told that there was one in Jamaica. He didn't realise at the time that it was only a name on a farm gate!

Jimmy went, visited the local Rotary Club and met Dr. Roy Francis who took Jim to the local hospital where there were children on the beds with no blankets or sheets and polio was endemic. Roy suggested to Jim that the Rotary Club of Torrington could help initially by raising the cost of immunising the children against Polio. Our two Clubs could join and we could get a matching grant from RI.

Jimmy came back full of it and we set about this as a Club project knowing how many children would have to be immunised and the likely cost. Peter Turton helped in costing the project and I submitted an application to firstly Rotary GB&I and then RI on behalf of the Club. We had to get a "Hold Harmless Agreement" signed presumably to say that if any child died as a result of the immunisation, Rotary would not be liable. I obtained such a signature from the Jamaican Embassy but it was not the top ranking official and when I submitted the application to RI it was approved in principle but it needed the top man (presumably the Ambassador) to sign. The indication, therefore, was that our proposal was accepted but we had to comply with a technicality.

This was to be a 3H project (Health, Hunger and Humanity) but when it was resubmitted with the appropriate signature we were advised that Rotary International was now promoting a new project "The Polio Plus Campaign" and this would include the children in Jamaica so that our project was no longer necessary.

Our project could have sparked something off at HQ or yet it could have been a complete co-incidence, but there is no doubt that there was no such thing as "Polio Plus" when we started our project; so we and millions worldwide could have much to thank Jimmy Martin and the Rotary Club of Torrington for.

This is the biggest project ever undertaken by Rotary certainly on a worldwide basis and we were in at the very beginning, if not the possible instigators!!! It would be nice to know the answer, but it shows the foresight and lack of fear if our Club thinks there is a need and we can do something about it.

The fact that you have been active at "the coalface" and treating the children somewhat rounds off an amazing story - we were in at the very beginning and hopefully will be there at the end if you and those you inspire continue the good work. 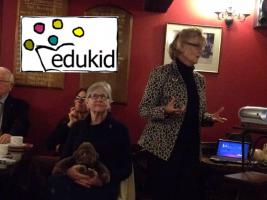 EDUKID supports children in schools in Uganda and Cambodia 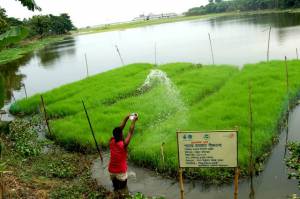 Reducing The Impact Of Disaster

Practical Action works around the world to reduce the impact of disaster by utilising simple technology and the efforts of local communities.