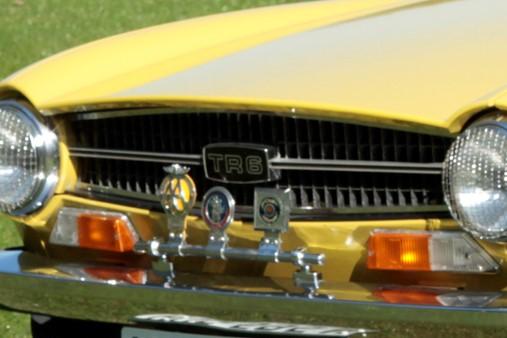 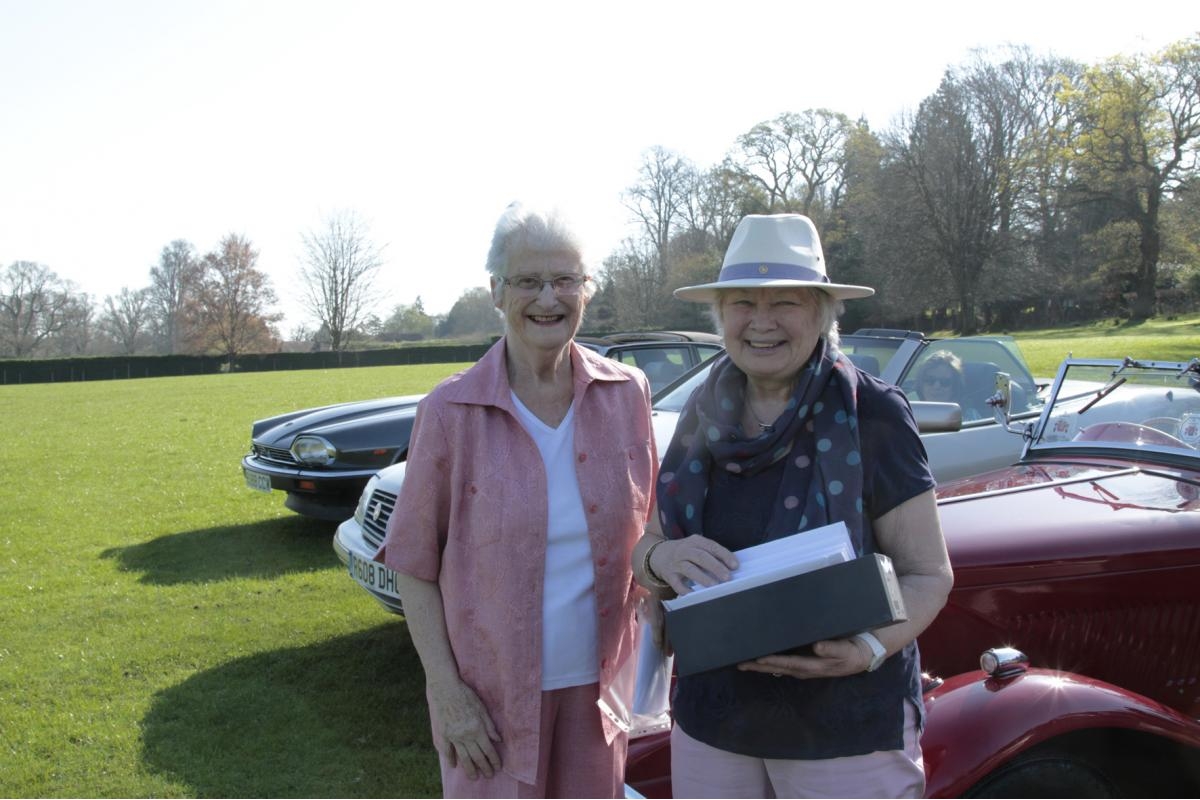 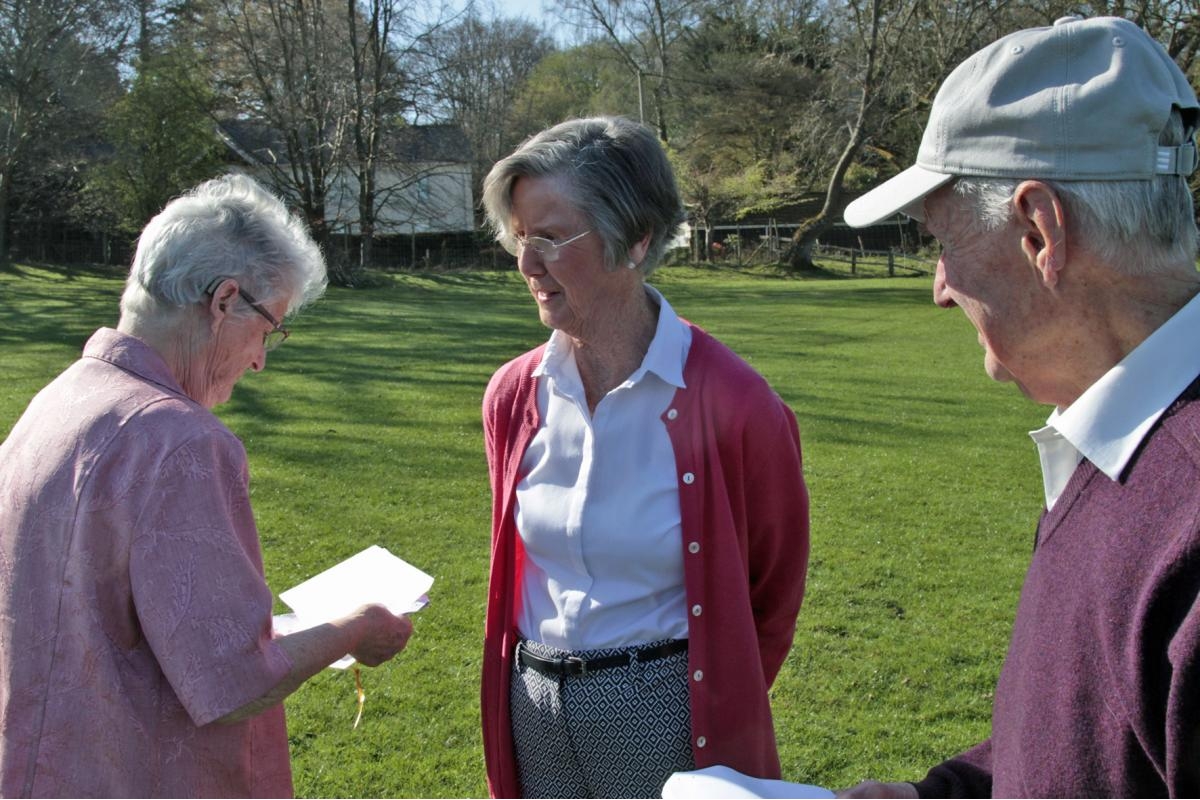 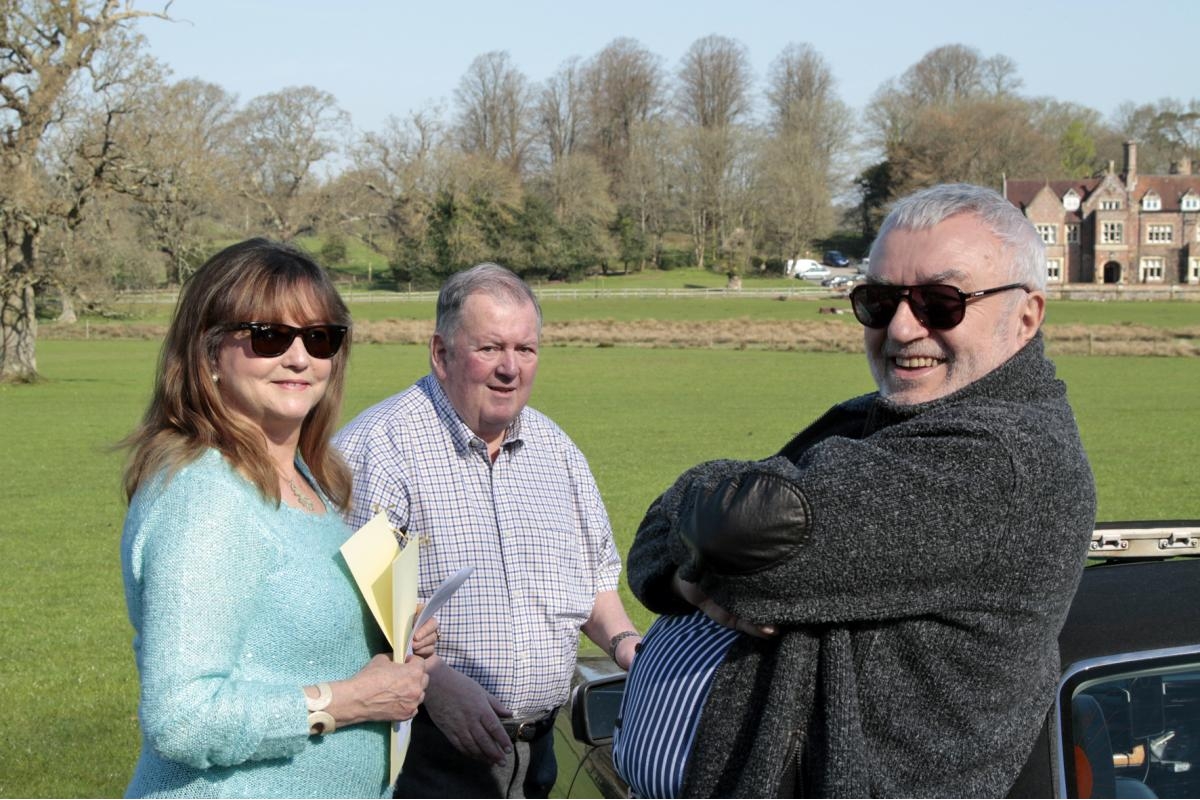 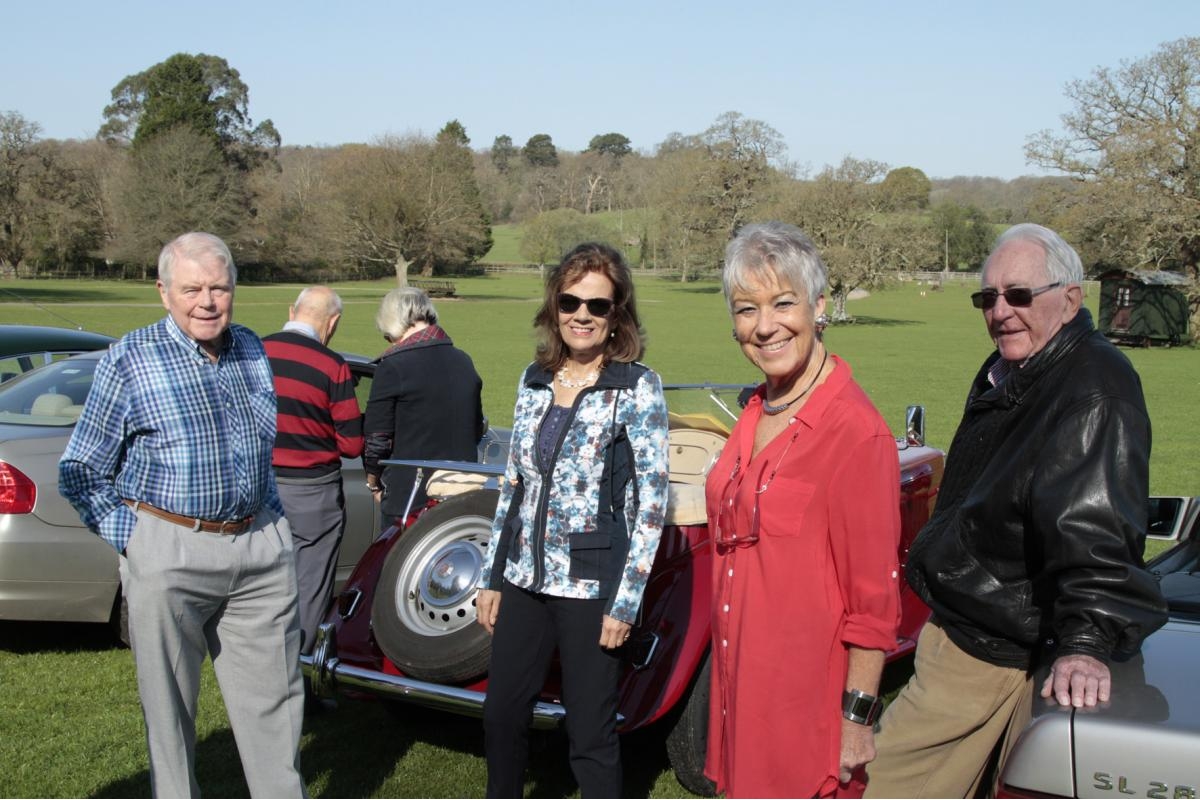 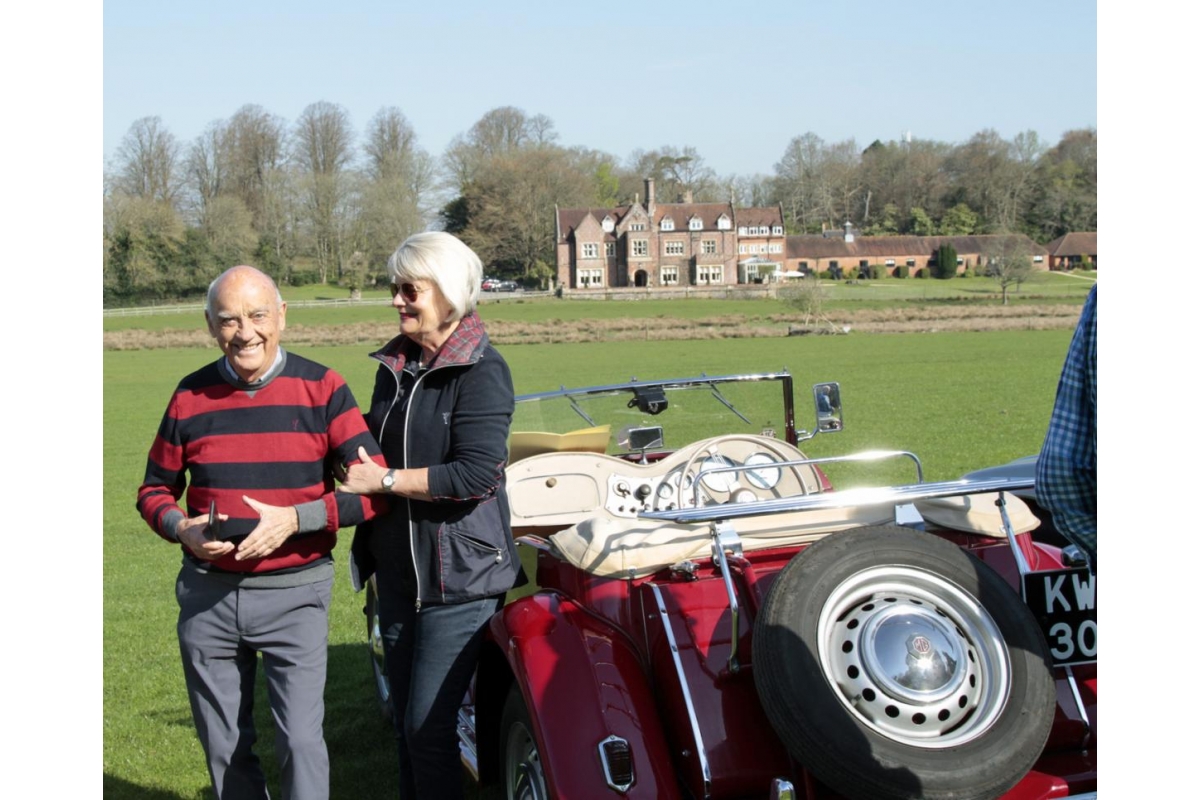 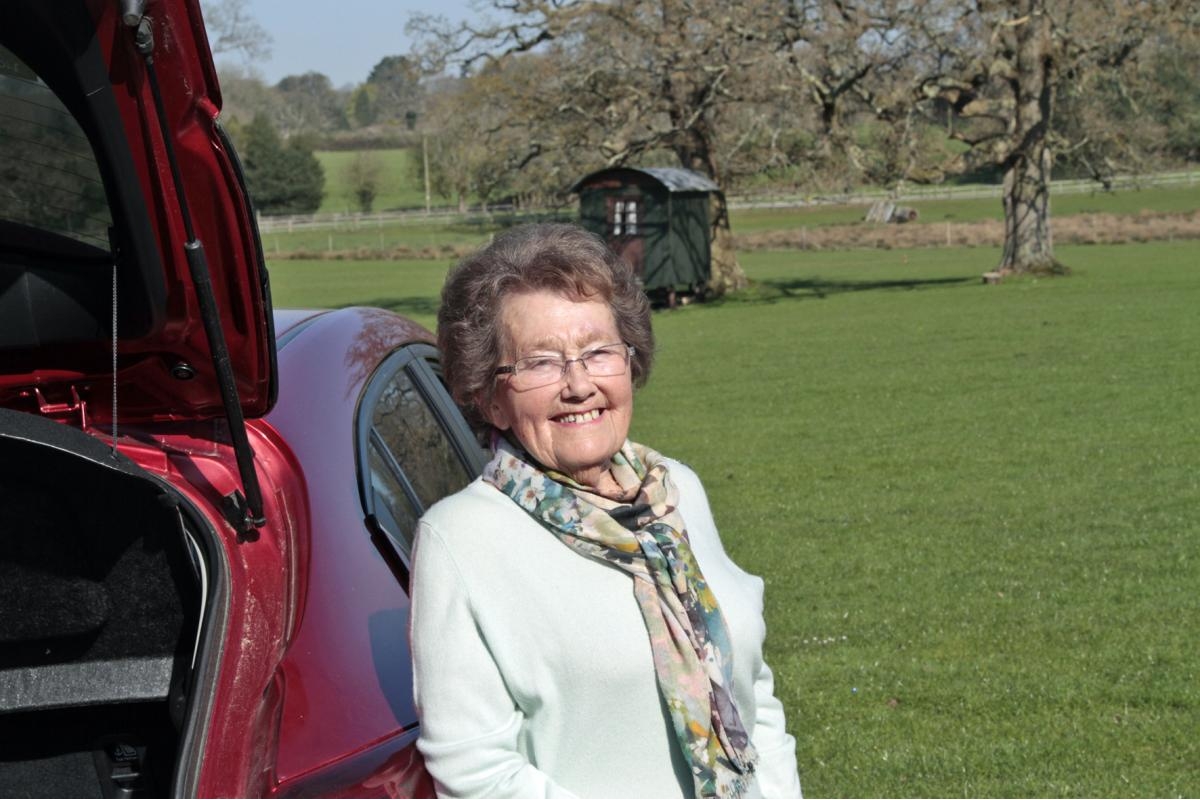 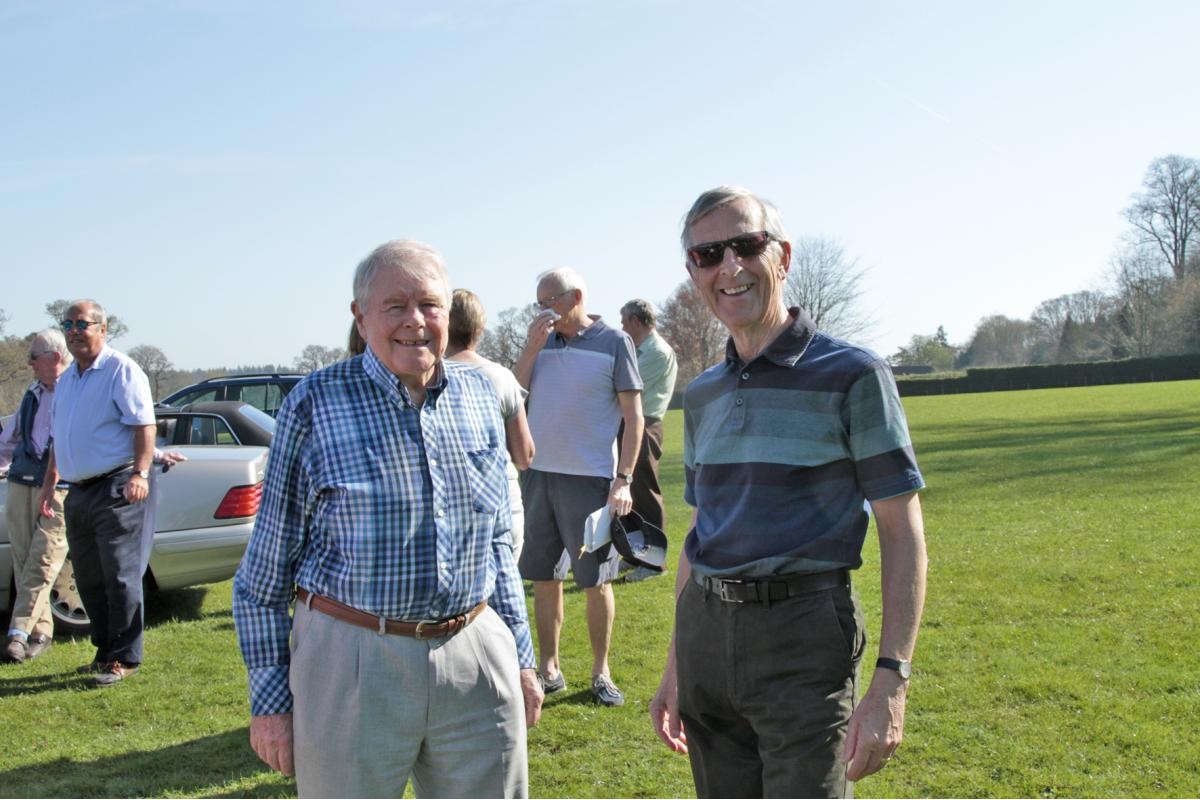 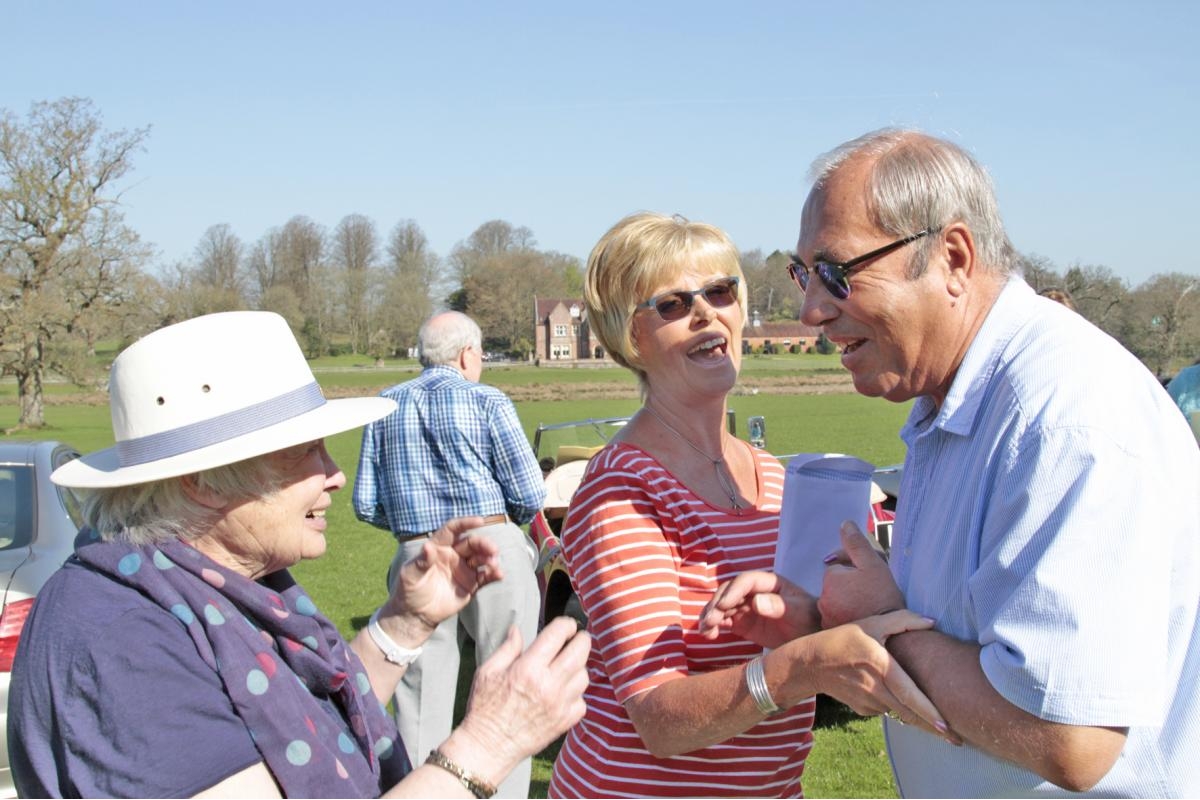 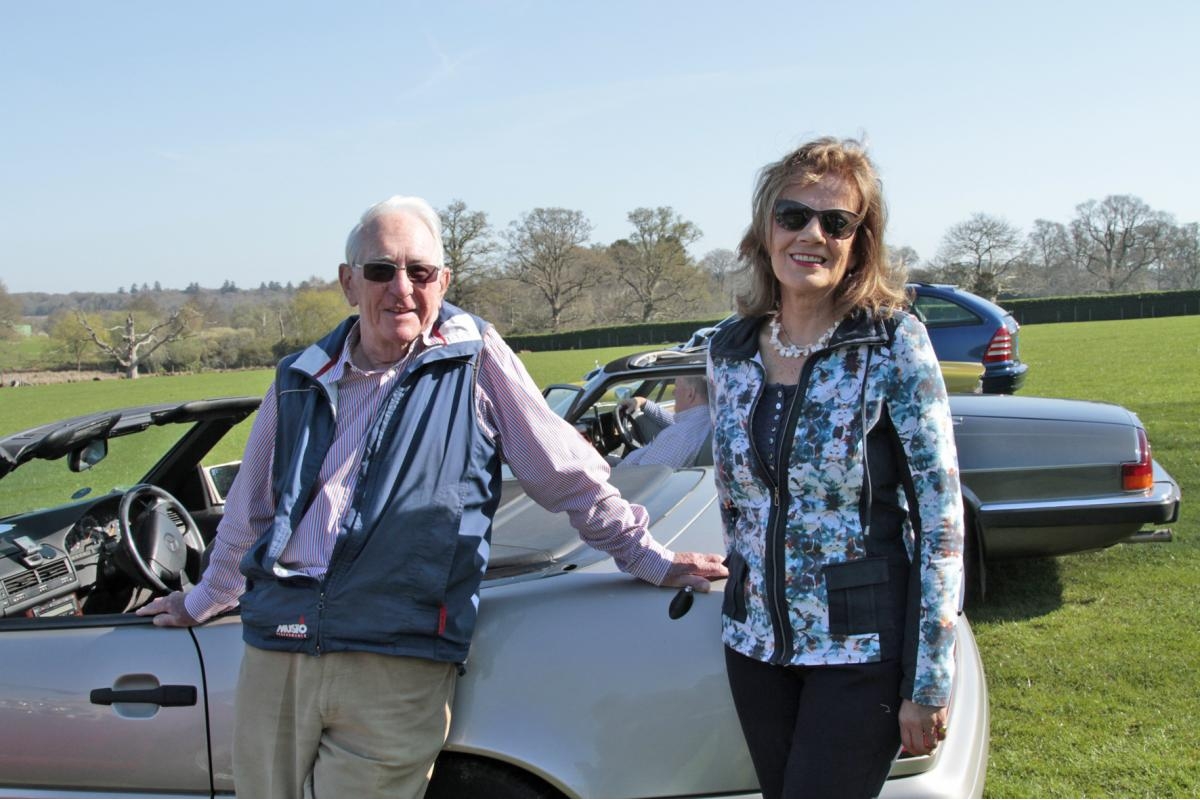 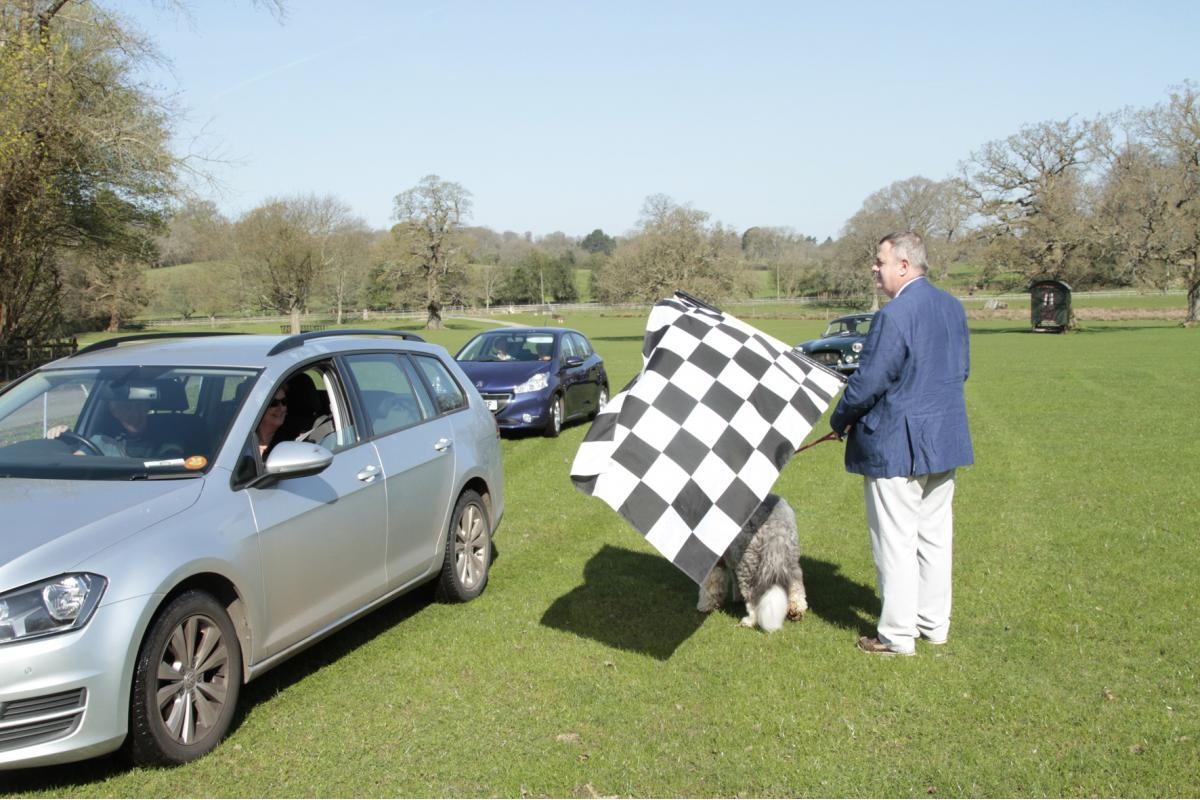 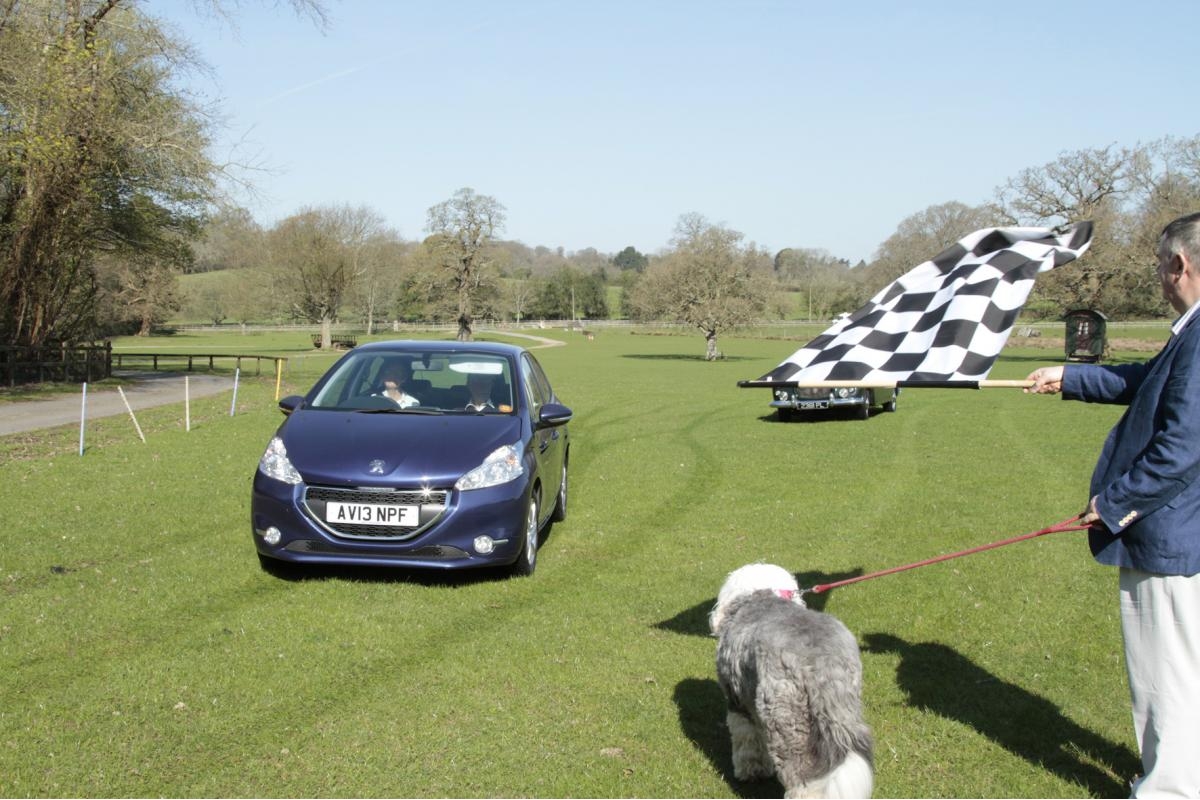 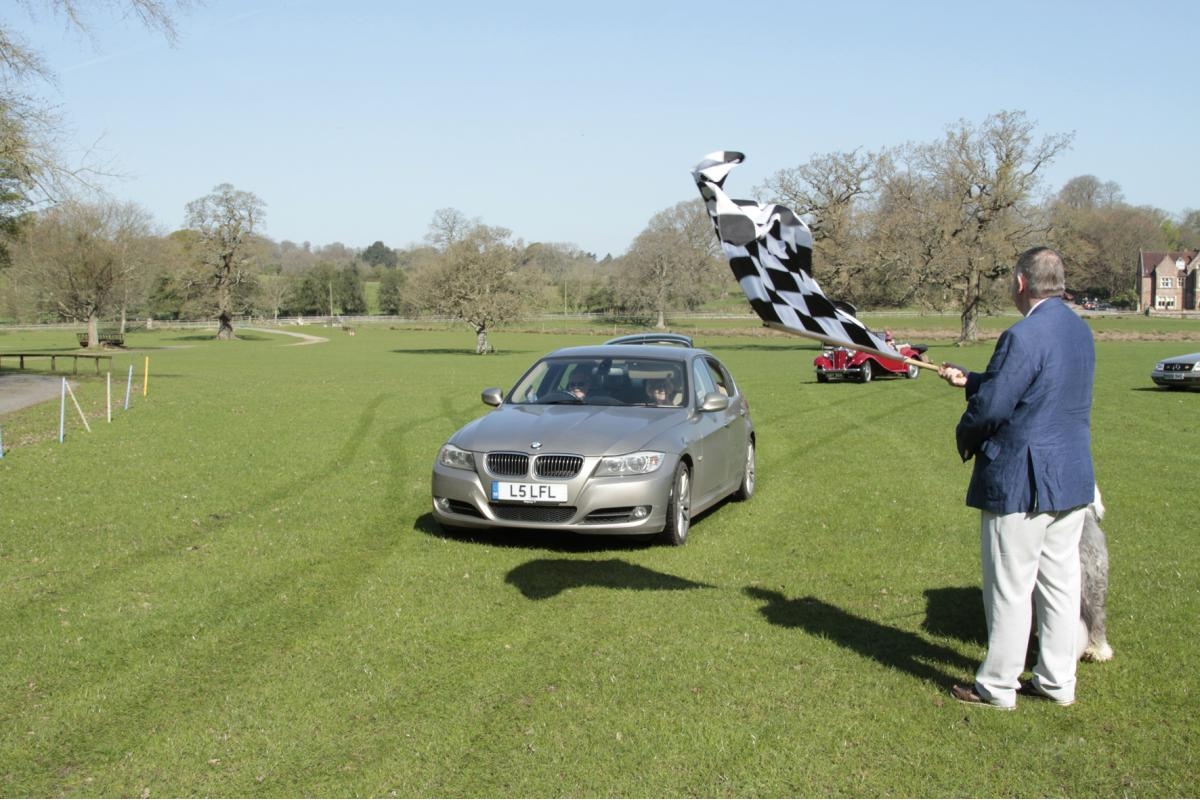 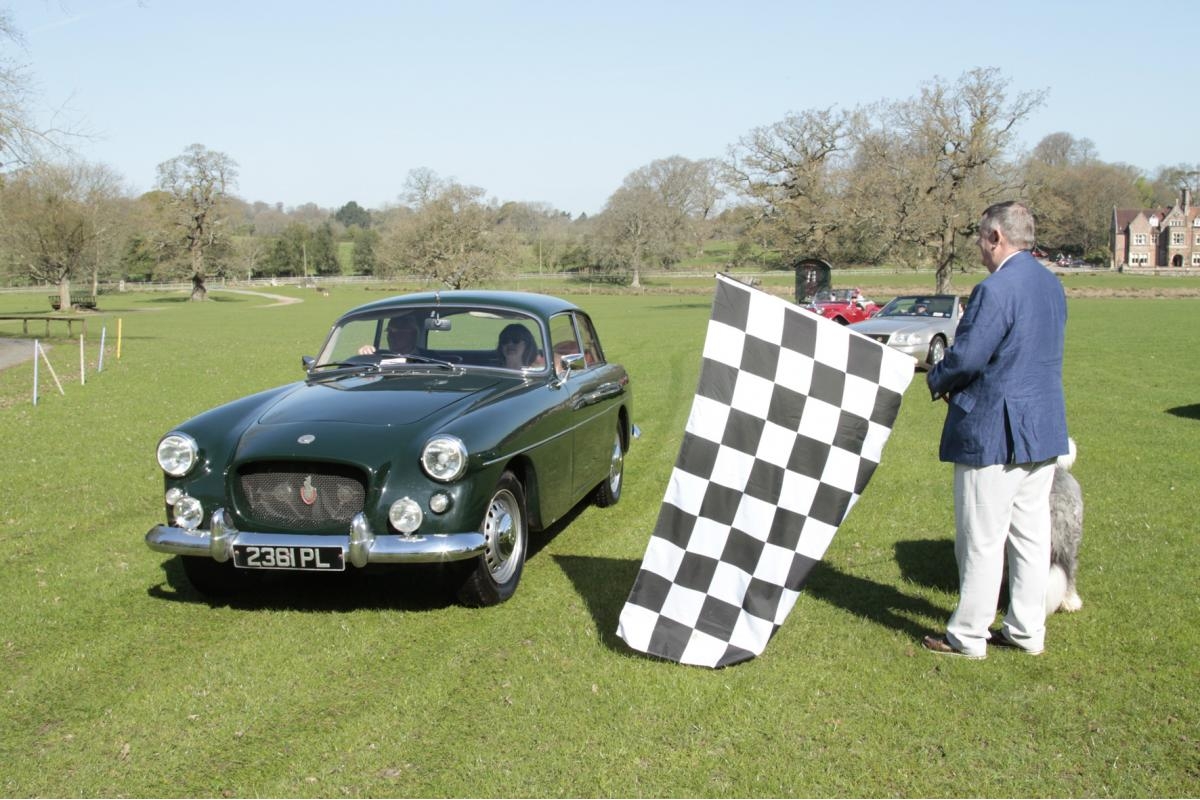 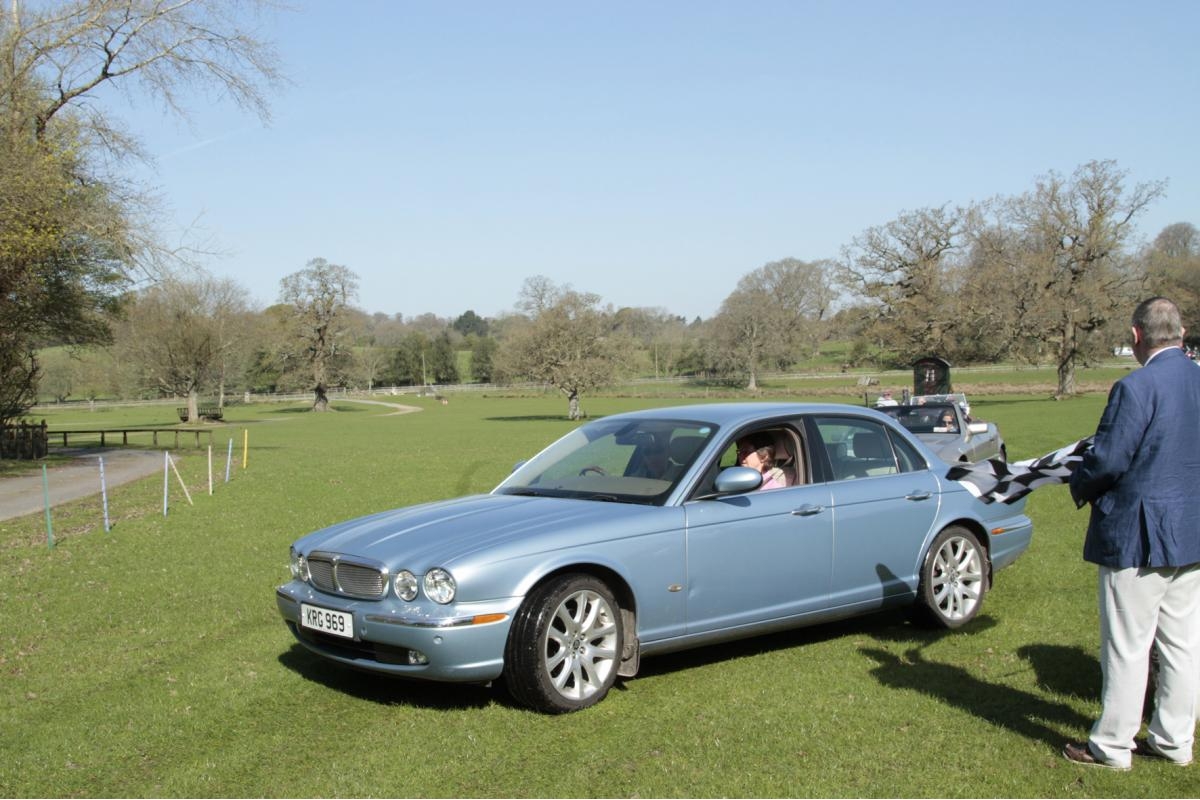 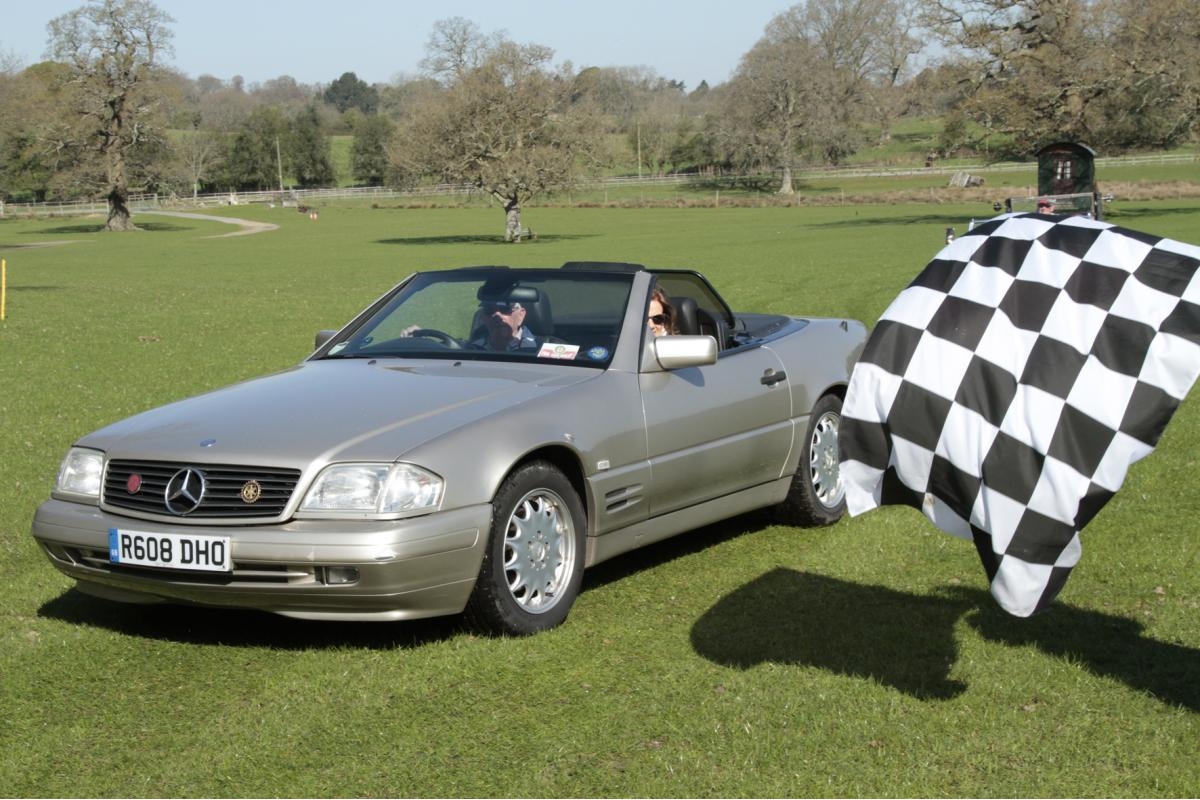 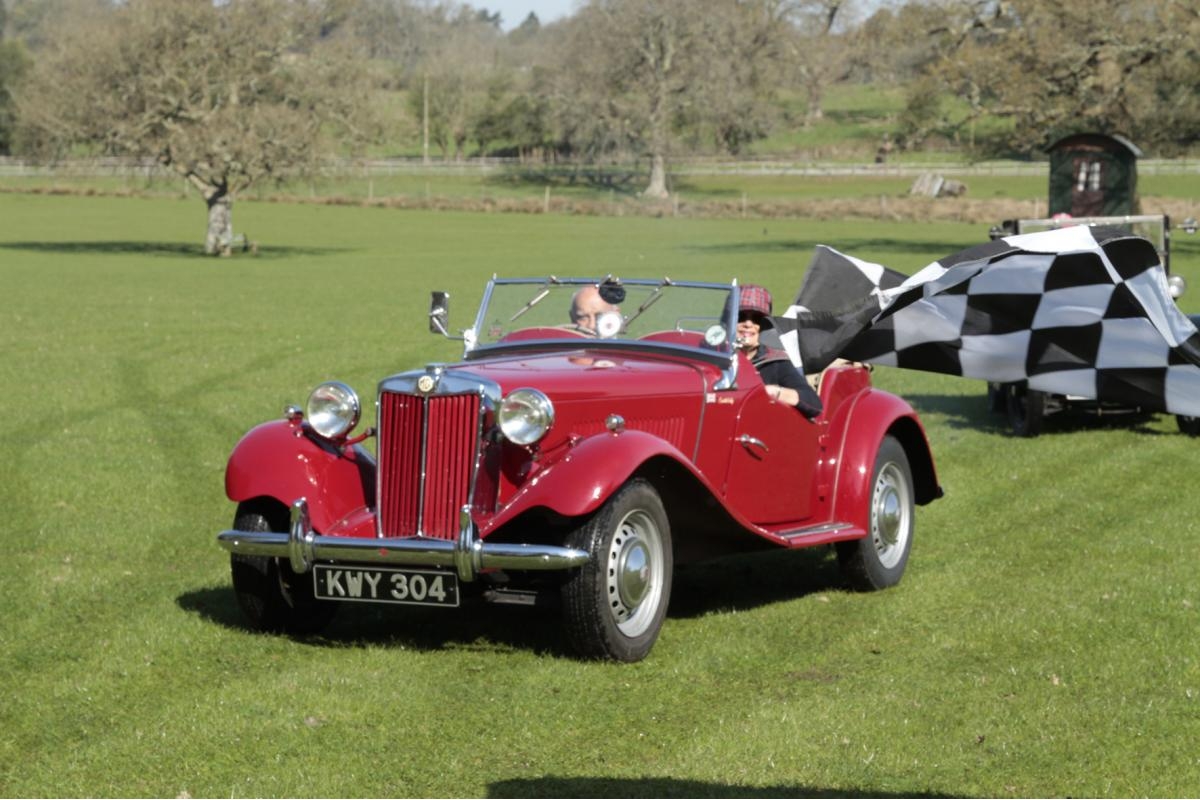 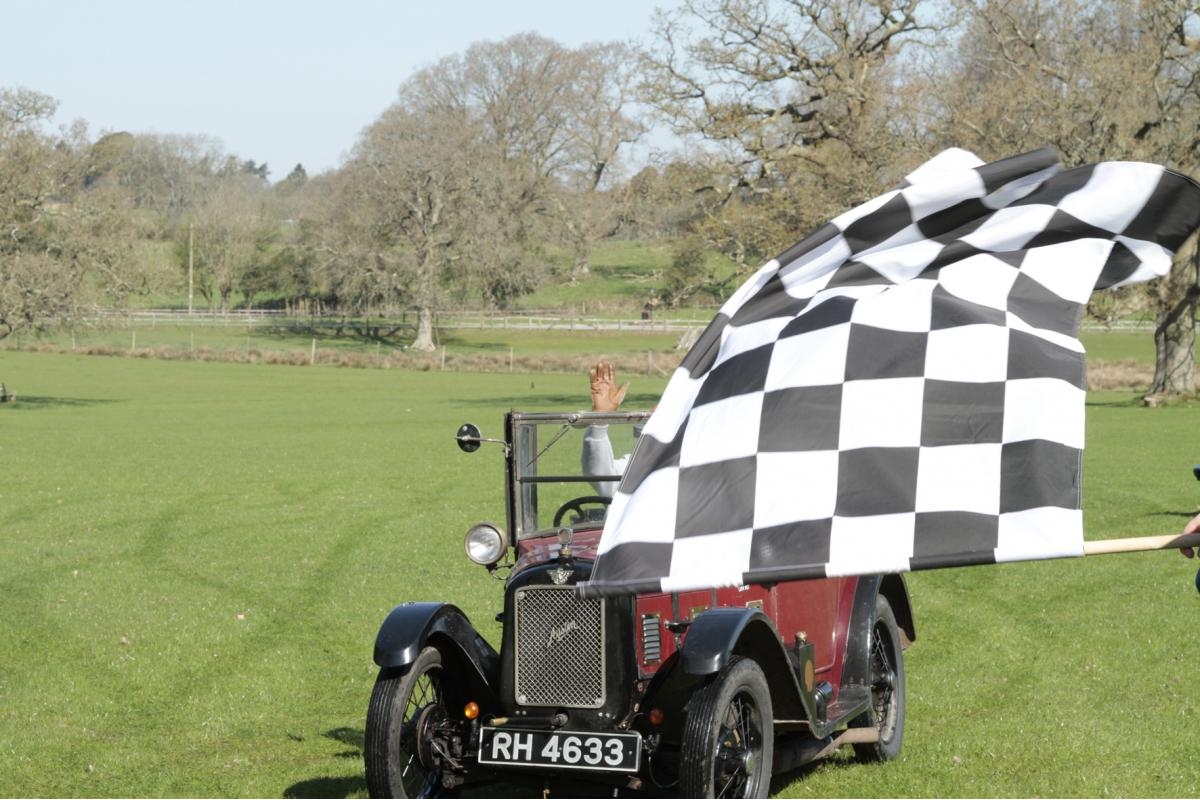 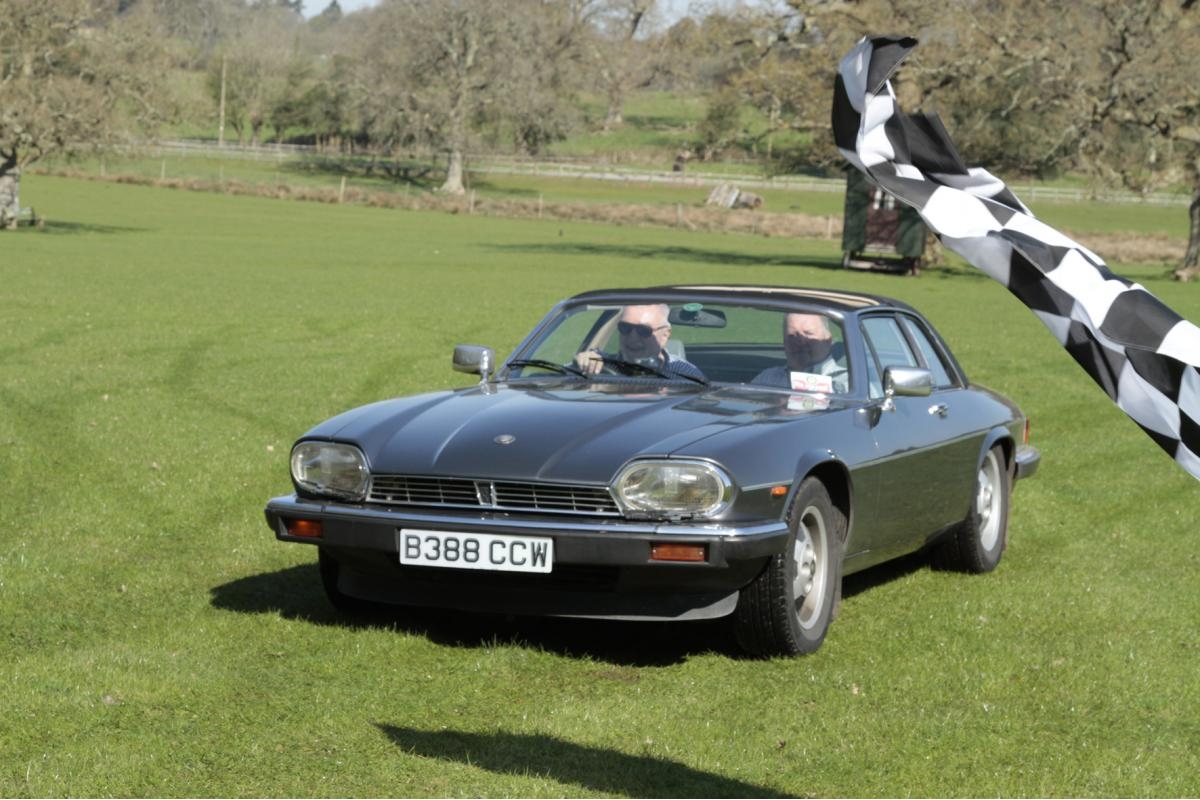 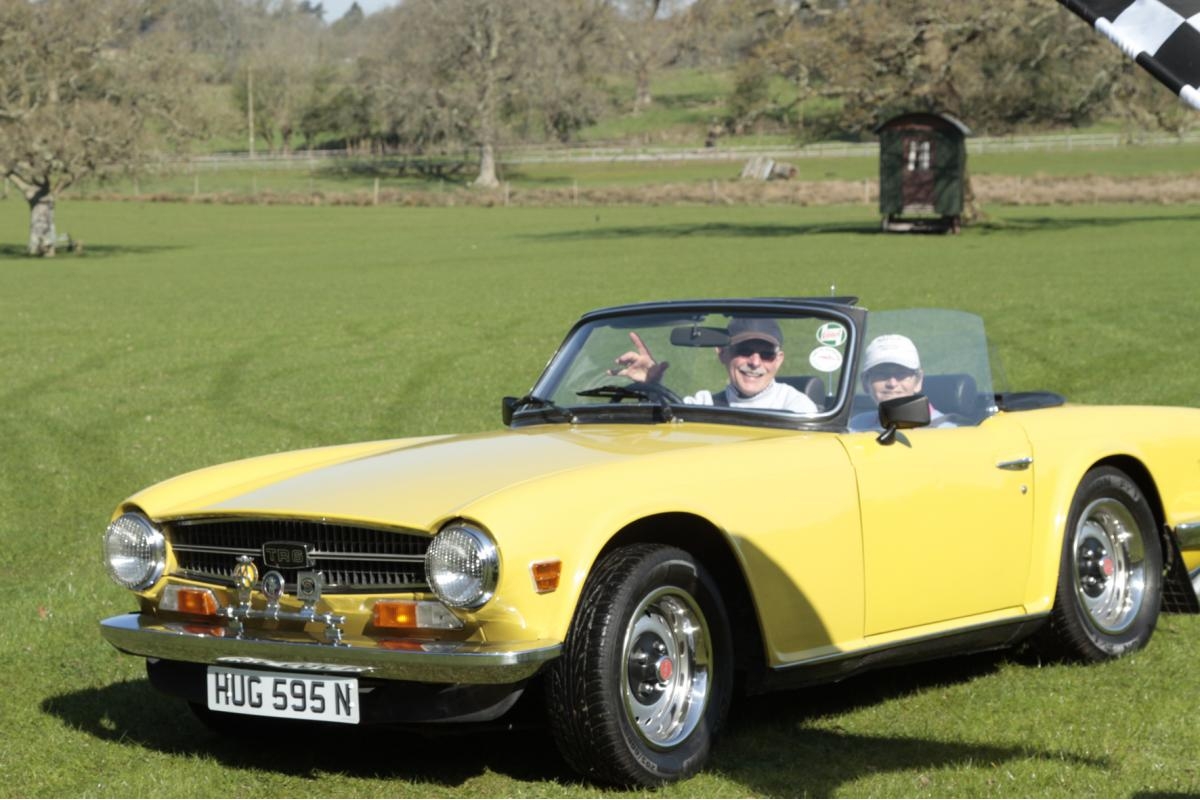 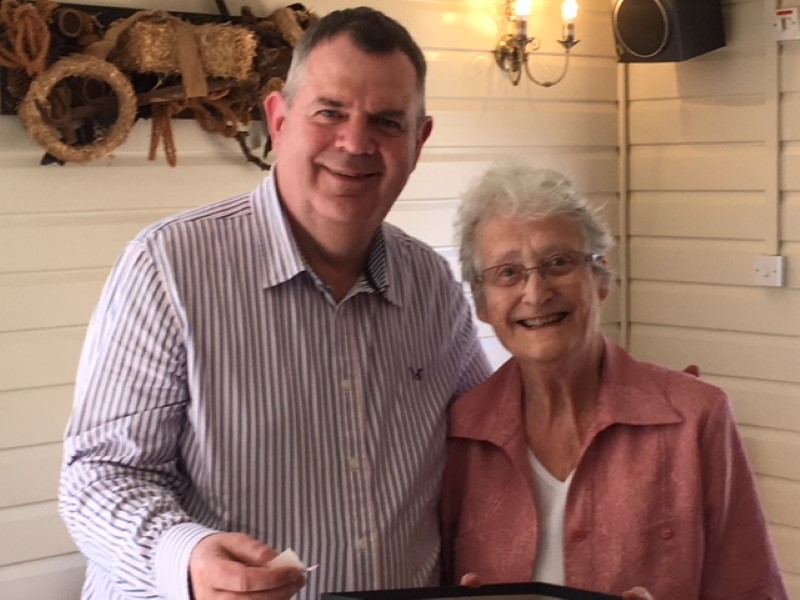 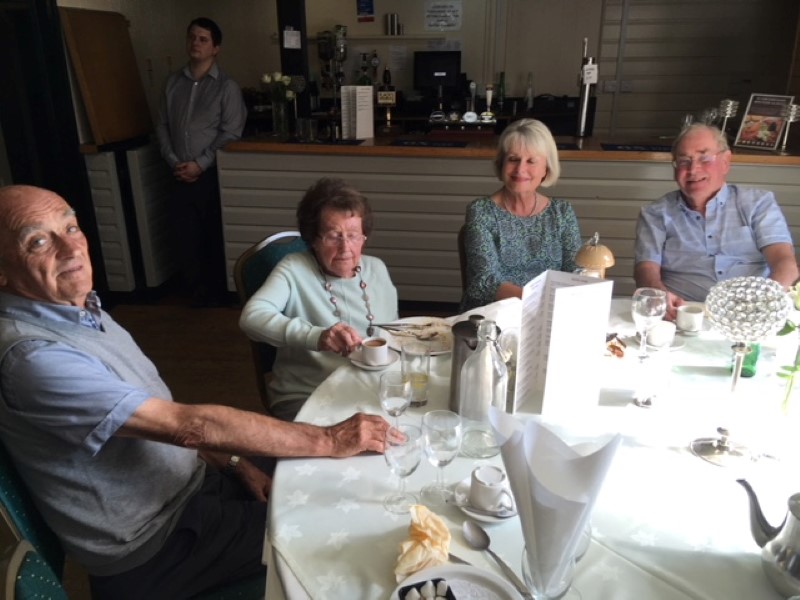 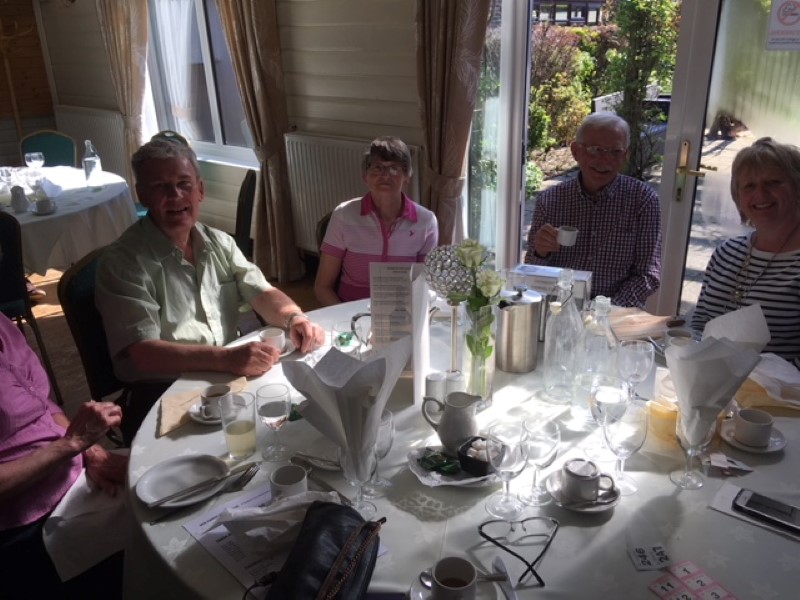 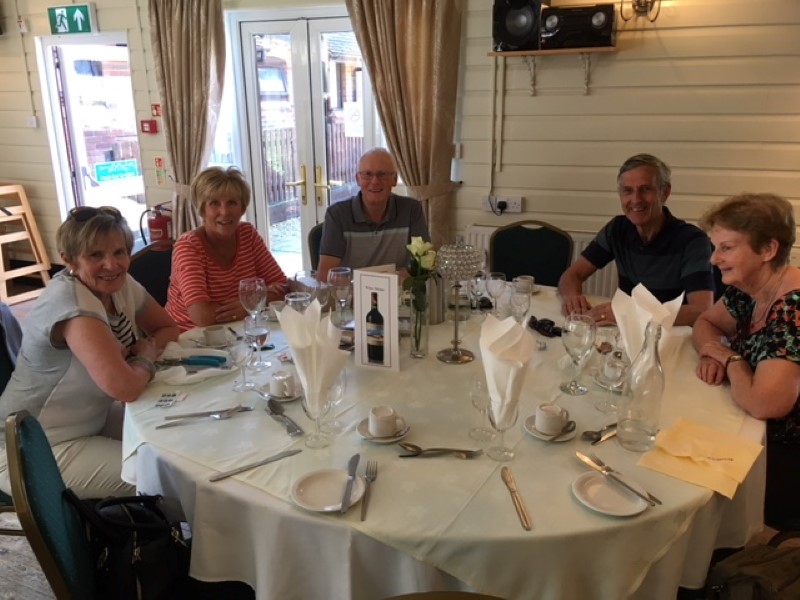 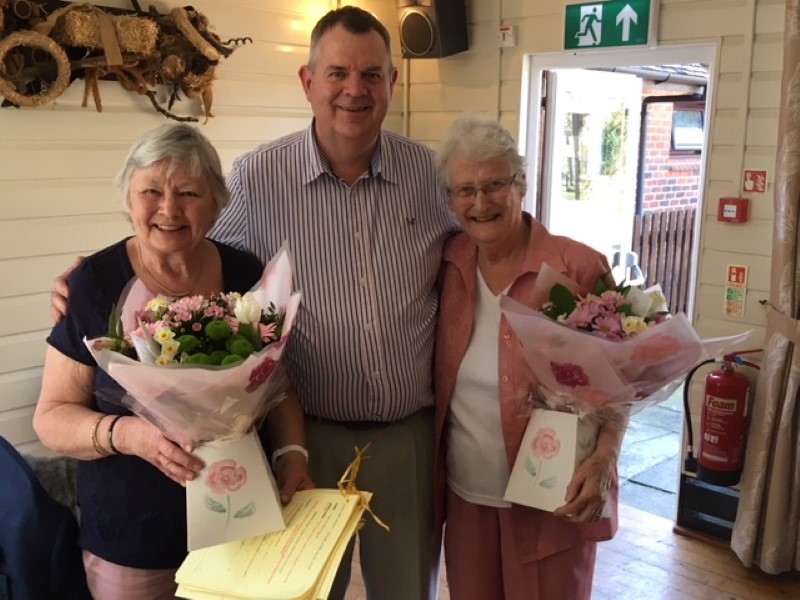 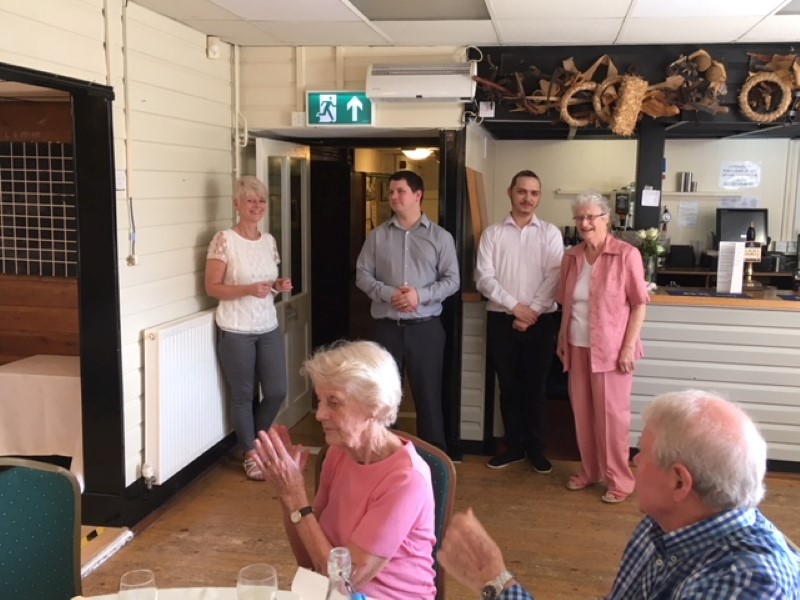 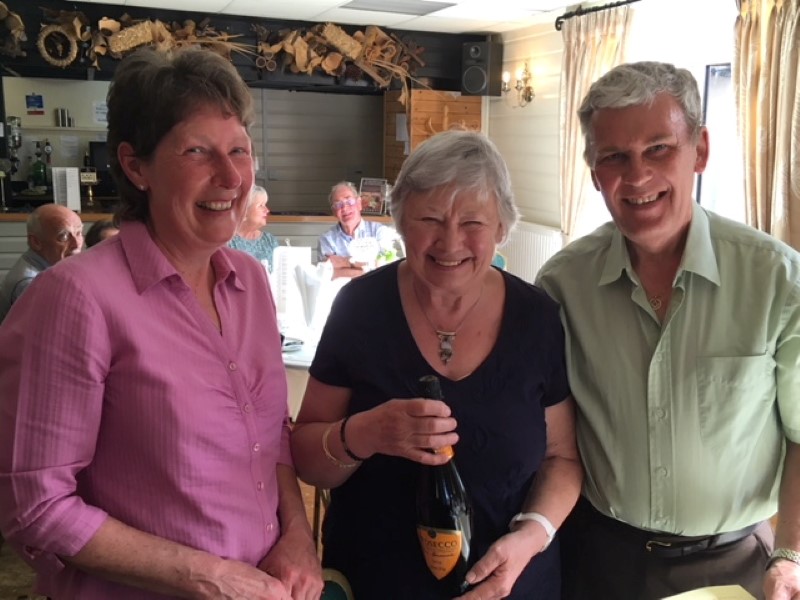 Organisation by Bridget Gook with Sue Gully. Photos at tthe start by Ray Dawes. Photos at the Langton Arms by Ken Ball.

"The weather gods finally looked kindly on our annual Fun Car Run on the warmest April  day since I was born in 1949.  Over 30 people in a variety of modern and classic cars were photographed by Ray Dawes leaving Dan Tanners field in Burley, and heading into the sun!
All went well to Downton, after which mistakes crept in and a variety of routes reached the coffee stop at the Compass Inn.
After the break, for some teams things went from bad to worse, including a detour  to avoid a rather deep ford, a breakdown, and further mistakes. This resulted in cars going backwards and forwards along the same road looking for the correct turnings.
However most teams did the Fun Run successfully and arrived unscathed and on time at the Langton Arms, Tarrant Monkton. Sue Gulley was there to greet them and collect completed answer sheets, for checking.
I have to confess the lack of a completed sheet by the Calvert/Ball husband and wives Team was full of excuses none of which was accepted by the organisers Bridget & Sue, so my penance has been to write this article!
We missed John & Marion Kernan due to his unexpected hospitalisation in Spain, and we all wished him a speedy recovery. My long time co-driver Peter Clayton & Barbara had to drop out at the last moment. Sadly Arthur & Doreen took a wrong turn and had difficulty with their mobiles trying to contact the restaurant.
As usual the food at the Langton Arms was plentiful and delicious. President Tim thanked the staff and paid tribute to the many hours Bridget had put into the organisation of the event, ably assisted by Sue. They make a great team, and Tim presented them with bouquets of flowers for their efforts, to much applause.
After all we we only had to turn up and enjoy ourselves!

Planning now continues in urgency for the Classic Car Run on 7th June Bridget is expecting a record number of entries for this popular charity event. Unfortunately I am away, but I hope the weather gods return and give them a great day.".
Ken Ball