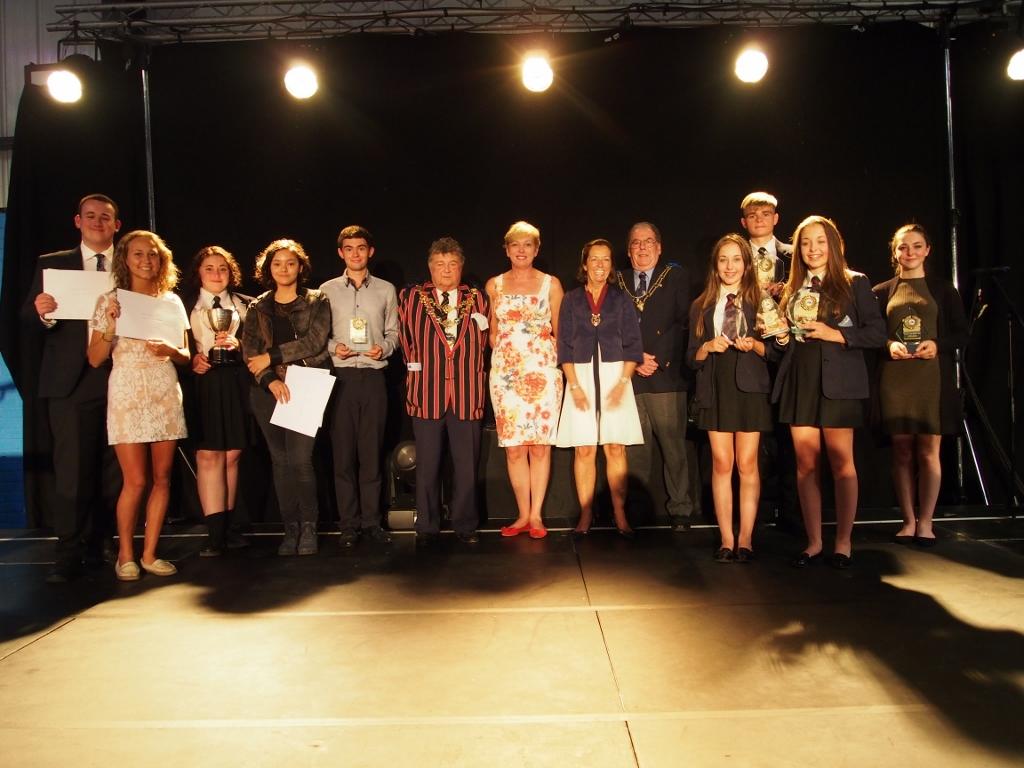 “If you have got a good song to sing, sing it loud!”  Or as a Brockhill sixth-former said in an Interact discussion, “Pump it up and make it wicked!” This was certainly the theme of the Brockhill  Speech Day held on 9th September. From the greeting in the car park to the last thunder of applause in recognition of the achievements of the school, the whole evening radiated the sense of community and positive achievement that has become so much the hallmark of the school.

The Hythe Rotary Club are pleased in some small way to be associated with the success. Our President, Ian Bell, together with five members of Hythe Rotary Club, were invited to share the evening which started with an Art exhibition containing, in particular, several extremely interesting portraits. This led on to an alfresco musical interlude laced with tea-cakes and fruit juice. From there, to the serious stuff in the auditorium. Except, apart from one poignant moment when minds and memories were concentrated on the sad death of a beautiful young student, it was an evening devoted entirely to the celebration of achievement and entirely devoid of the intoned and flat delivery so typical of conventional school Speech Days.

The whole event was student centred. The two presenters, Ryan Hawkins and Leanne Davies struck the right notes throughout, linking the various threads in a competent and professional way. Into this framework were inter-fused dramatic and musical excerpts, awards for achievements, a key note speech on police work by a former pupil, and a report on school performance from the Headteacher, Mrs Schwartz.

It had been a year of fantastic achievement for the school, and this was reflected in the quality of achievement rewarded and the polished style of the dramatic and musical presentations.

Hythe Rotary, through their involvement with Interact, andYoung Enterprise were included in the endorsements, but the central Rotary involvement was the award, movingly presented by Mary Tyler, of the Geoff Tyler Prize for Creativity in English. It was so fitting that Geoff’s memory will now be perpetuated at the school he loved and in association with the Rotary Club he so humanely served.

The whole evening was a reminder to Rotary members that here, within our community, is a school to be cherished and supported. So let’s join in the chorus and “Sing it loud!” 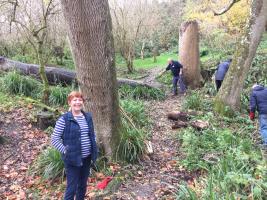 more Funding from Hythe Rotary allows this project to proceed 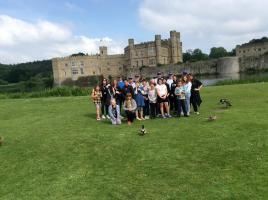 more A good time was had by one and all 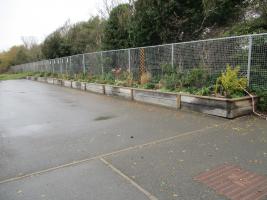 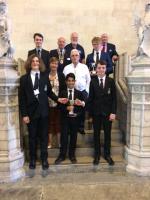 more Visiting the Houses of Parliament 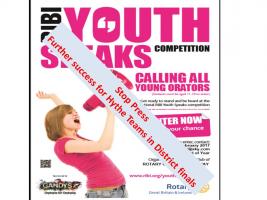 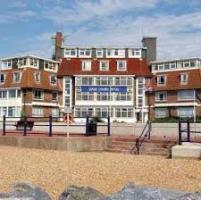 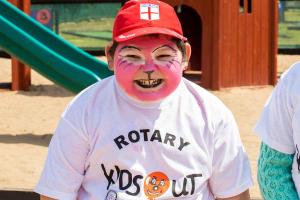 back Current and historical projects pertaining to Youth.