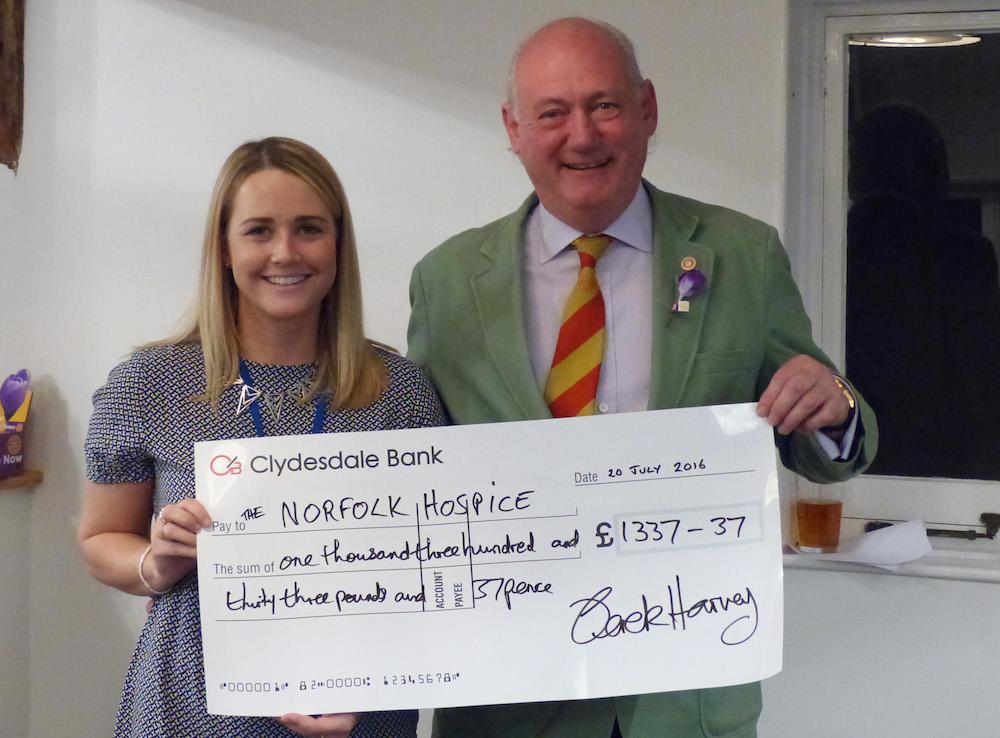 Derek Harvey of the Rotary Club of King's Lynn, took up marathon running rather later in life than most and he now has three London Marathons under his belt, two attempts at Everest plus various other extreme activities, all of which have have been sponsored and have raised many thousands of pounds for charity. In April of this year, Derek ran his third London Marathon and the bulk of the sponsorship money he raised was destined for the Norfolk Hospice, Tapping House at Hillington. At a Rotary meeting held on Monday 17th October Derek presented a cheque for £1337.37 to Jessica Walker, the Events Co-ordinator for the Hospice.