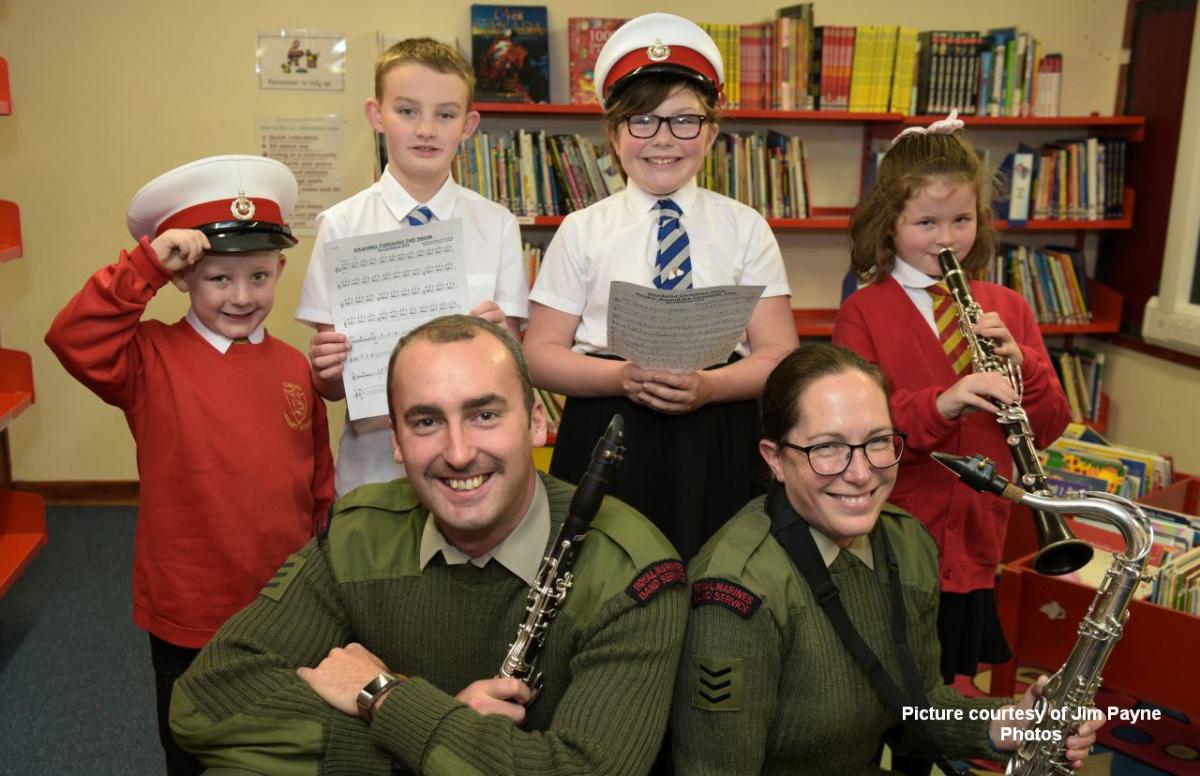 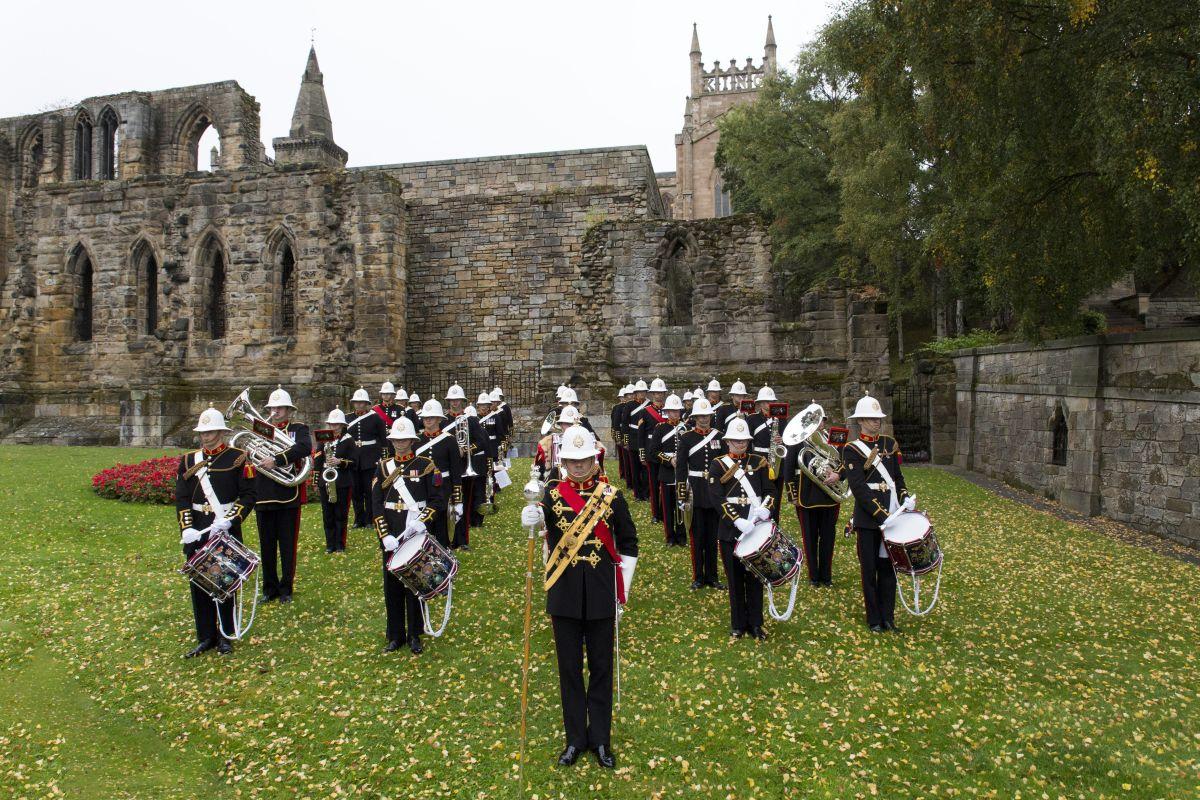 IT’S Christmas ahoy! For the decks are being cleared for Dunfermline’s annual festive fanfare by the Rosyth-based Band of Her Majesty’s Royal Marines Scotland.

With the support of the Rotary Club of Dunfermline, the Marines Band will again be presenting two Christmas concerts in Dunfermline Abbey on 12th and 13th December in aid of local and service charities.

The evening events, which have become popular fixtures in the local festive calendar, will also feature the return of Dunfermline’s own rising tenor Liam Forrest, a one-time chorister in the Abbey, where he gave his first official performance in 2013.

Liam gained achievement and distinction awards at Dunfermline High and Fife College before embarking In September on his studies for a BA degree in music at Aberdeen University, where he was also awarded a choral scholarship.

The concerts will also feature pupil choristers from St John’s and Lynburn Primary Schools, and Band Sergeants Annabelinda Hardy and Tom Griffin are pictured schooling several of the young carollers in items from this year’s concert programme.

Learning the score are Brayden Lister and Lillie McFarlane (back, centre), from St John’s, and Caiden Cook and Grace Anderson, from Lynburn.

Rotarian David Steele, the event convener, said, “Each year the Abbey evenings give the public the opportunity to support worthy causes while enjoying a concert that has it all…the Christmas spirit, good music, great singing and audience participation.”

RISING young tenor Liam Forrest will take another step up the ladder of his singing career when he returns next month to perform as a soloist in Dunfermline Abbey where he gave his first official performance in 2014.

Nineteen-year-old Liam will feature in solo spots at the annual Christmas concerts being staged by the Rosyth-based Band of Her Majesty’s Royal Marines Scotland with the support of the Rotary Club of Dunfermline for whom he has already performed as a guest soloist. The evening events on 12th and 13th December will aid local and military charities.

After taking singing lessons, Dunfermline-born Liam successfully auditioned for the National Youth Choir of Scotland Boys’ Choir, with whom he sang for two successive years, performing at concerts in Glasgow, Perth and Northampton.

During the next three years, as a pupil at Dunfermline High School, he was to entertain at events ranging from concerts to remembrance services and award ceremonies – capping his plaudits with the school achievement award in his final year. He was also for a short time a chorister at Dunfermline Abbey.

In September 2017, he took part in the Outwith Festival launch of John Cairney’s book,’The Tycoon and The Bard’, an appearance which led to an invitation to sing for Dunfermline United Burns Club at their 2018 Burns Supper. His performance proved so successful that he has been invited back in 2019.

On leaving school, Liam took up a place at Fife College for a year, during which time he studied for his Grade 8 Associated Board Singing Exam and gained in June a pass with distinction.

In September he began studies for a BA degree in Music at Aberdeen University, where he was also awarded a choral scholarship. He is currently a chorister in the choir of St Machar’s Cathedral.

Liam recalls, “I always am very excited to perform in Dunfermline Abbey, as it was the place where it all started for me, back in 2014…with a concert for the Moderator of the General Assembly with the Heart and Soul Band in aid of the Church of Scotland’s HIV Programme.

“All the high schools were invited to take part, and that is how I was given the opportunity to perform at the Abbey. The performance was a true baptism of fire! To this day, I remember it quite vividly…the walk up to the front and centre of the aisle. I was terrified. However, when I began to sing, I relaxed, and my nerves just disappeared.

“It was at that moment that I realised that it was a career in music that I wanted. I think it is fair to say that very performance of Les Misérables ‘Stars’ in Dunfermline Abbey changed my life!”