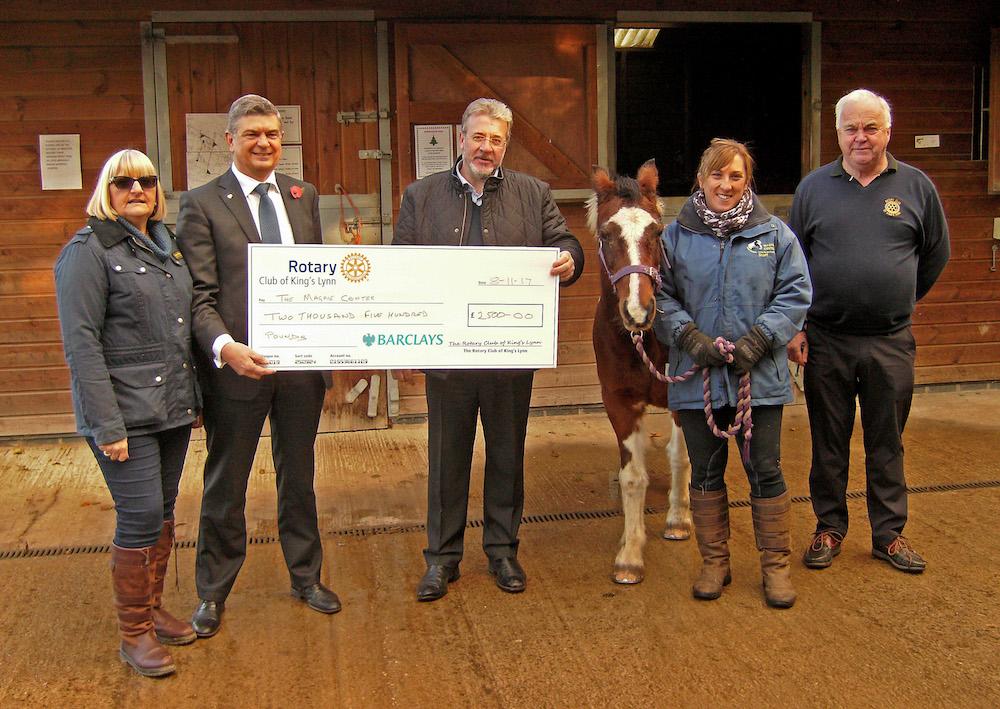 Some 20 years ago, the Rotary Club President - Martin Crannis - initiated a fund raising 200 Club, the proceeds from which would be used to support the work of Riding for the Disabled and over the intervening years, proceeds from the 200 Club, plus other Club funds, have been donated to the Magpie R.D.A. at Wallington Hall, Runcton Holme. In December 2015 the Club purchased for the Centre a new horse "Buddy" and at a recent Club meeting it was reported that an already trained pony had become available, but the Centre did not have the funds to purchase it. The Rotary 200 Club funds stood at £1000 which were immediately available for the R.D.A. and the Community Service chairman Steve Roberts recommended that a further £1500 be added from Club funds as this had already been earmarked for on-going feed and maintainence of both Buddy and the new pony Coco. In January 2016 a delegation from the Rotary Club of King's Lynn presented a cheque for £2500 to the Magpie's centre manageress, Natalie Dale