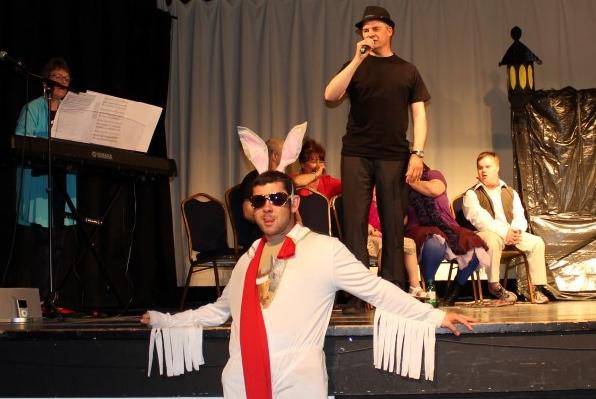 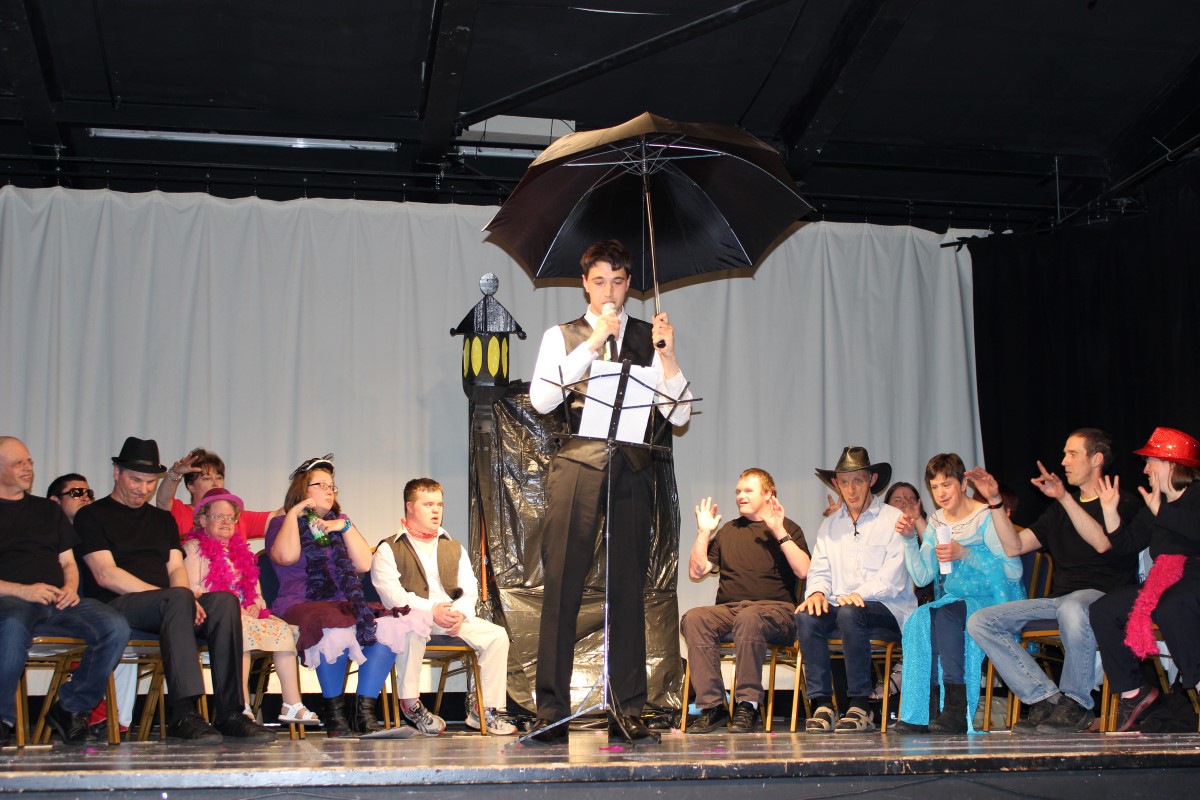 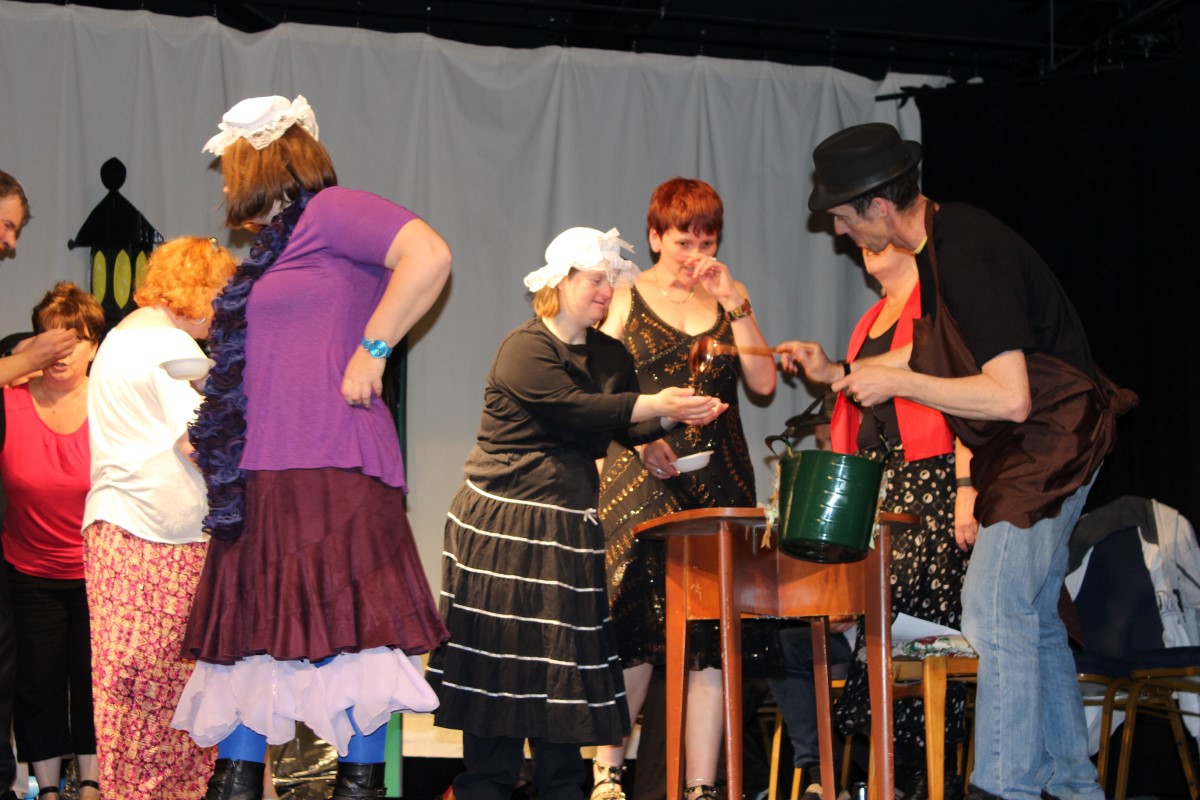 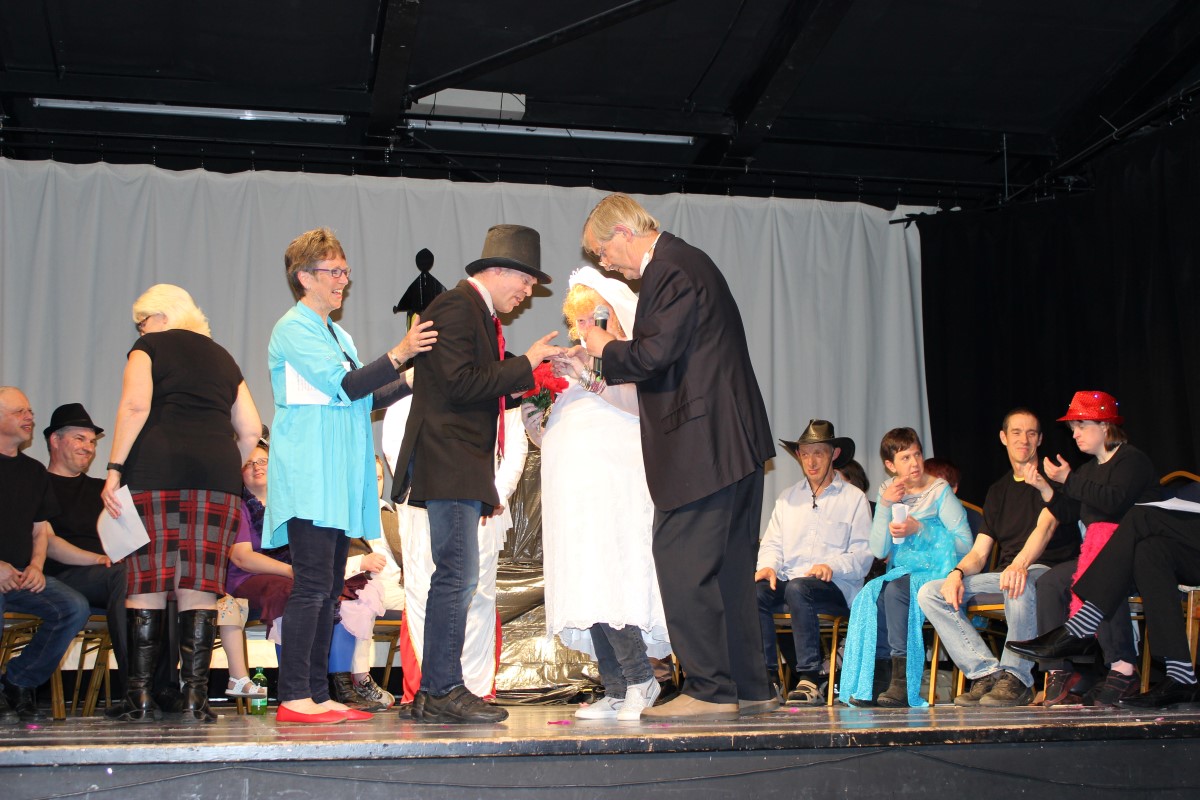 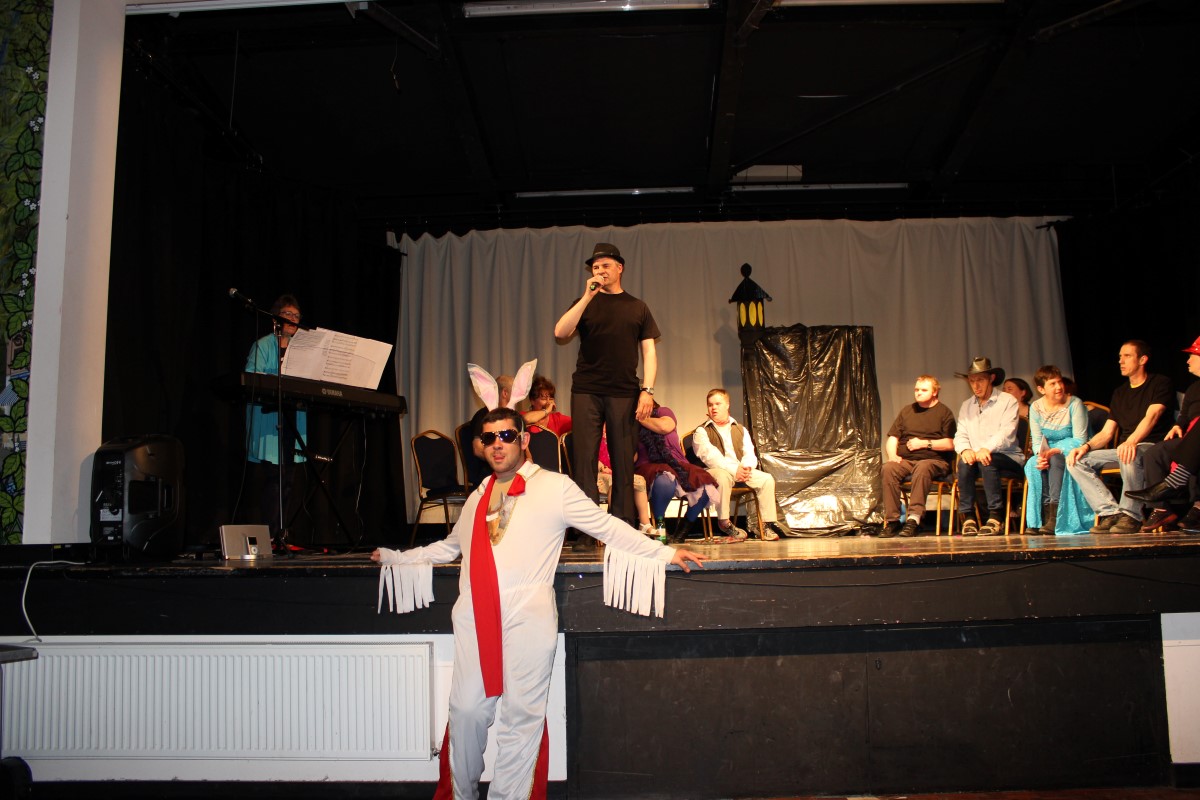 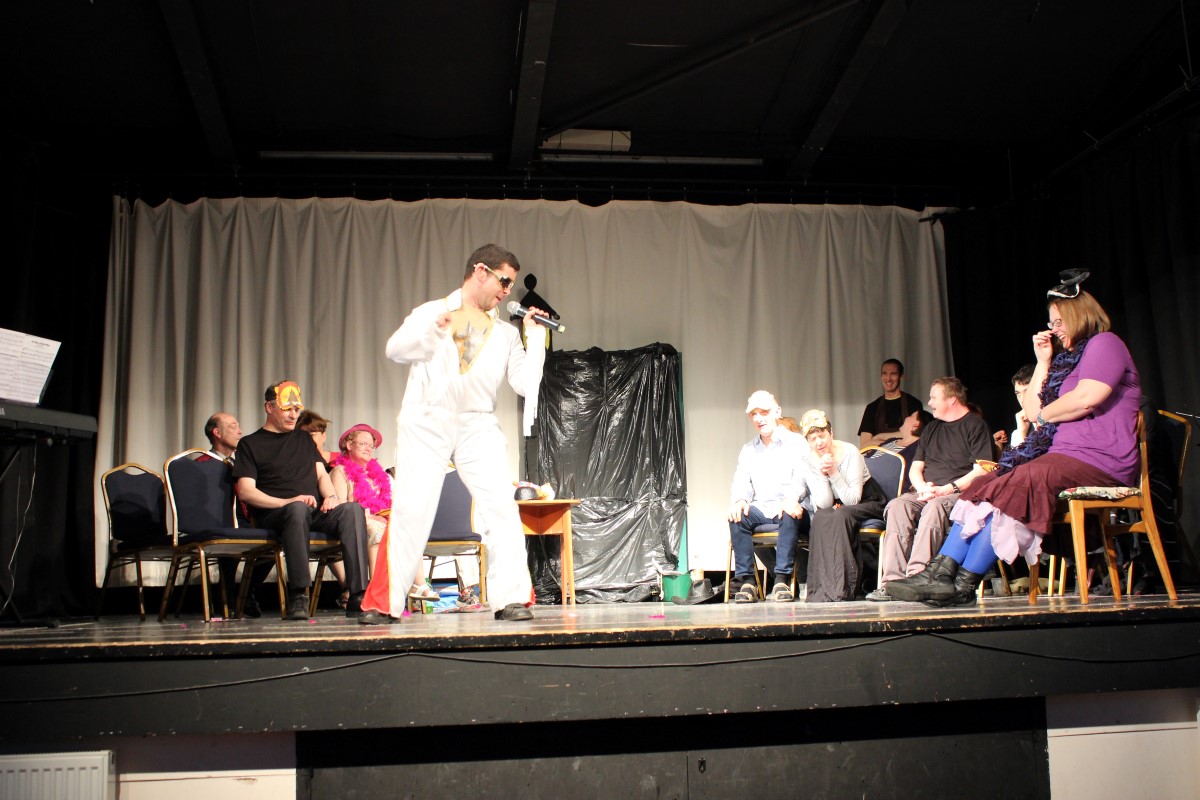 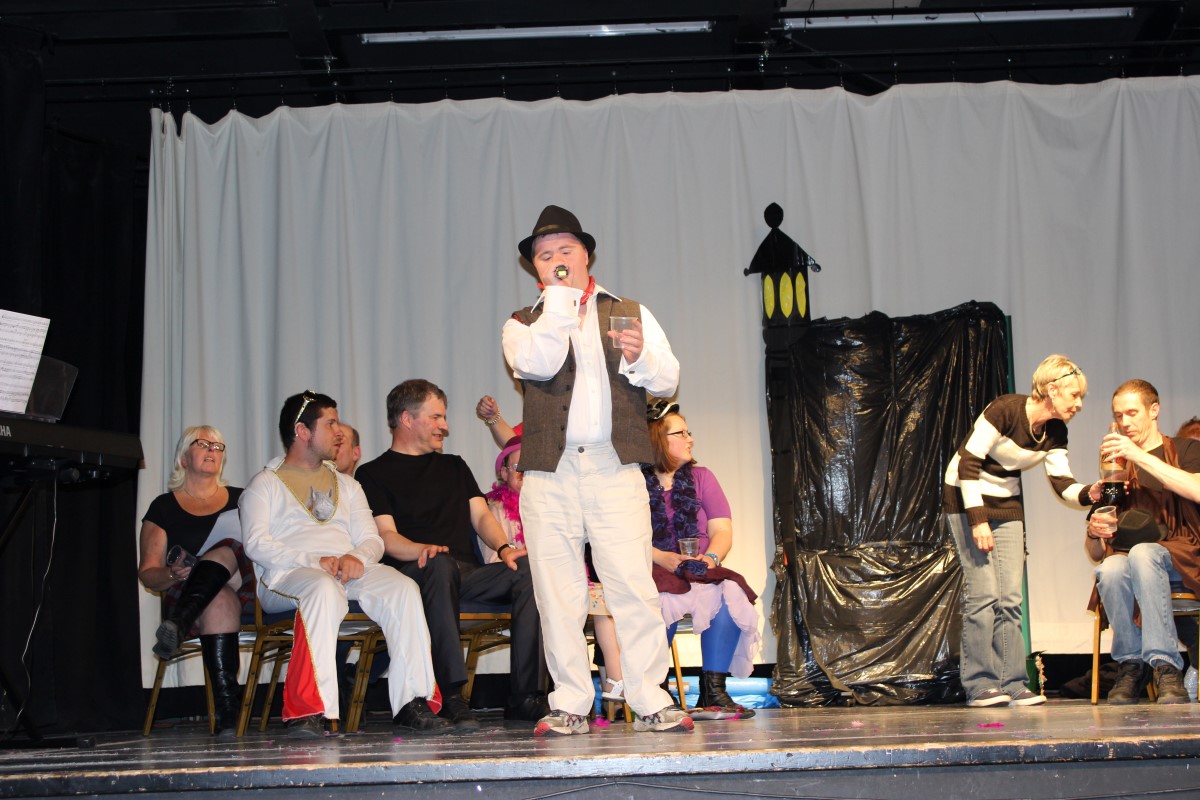 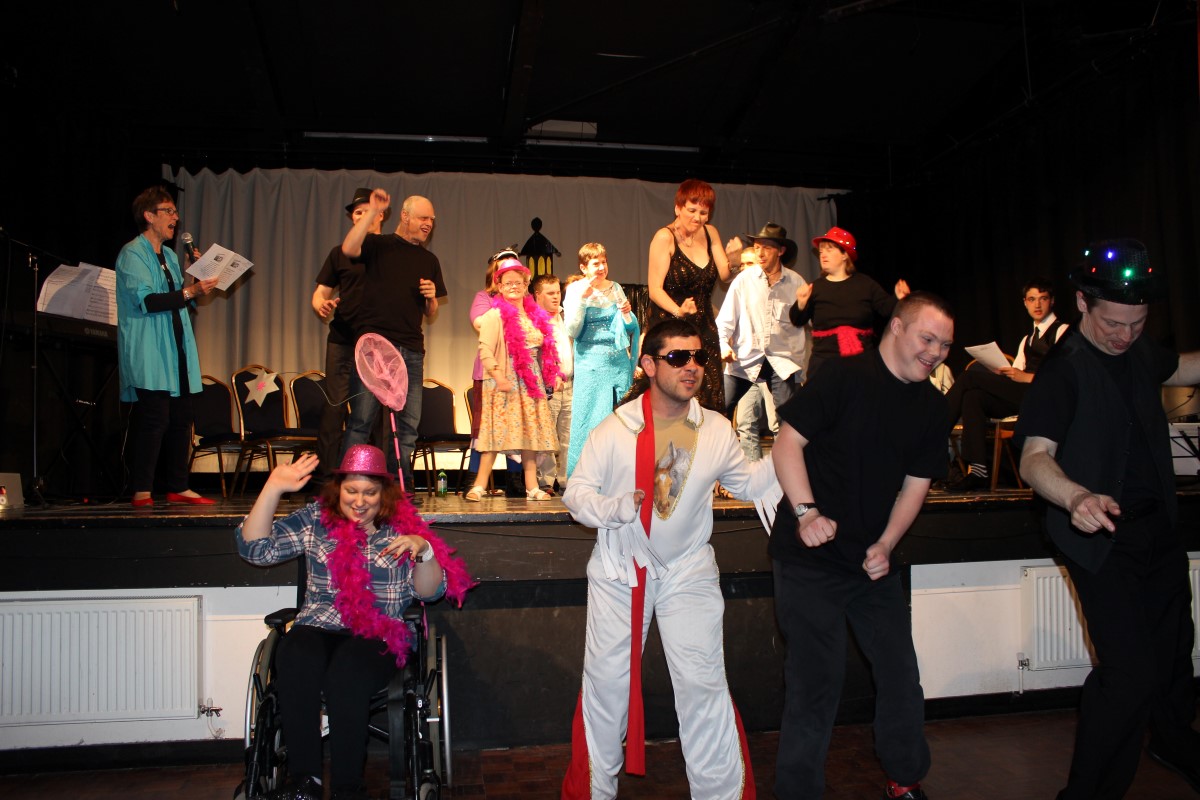 'On May 18th a packed Brockenhurst Village Hall, including 9 of our members enjoyed a great evening of over 20 songs from stage and screen exuberantly performed by members and supporters of Brockenhurst Gateway Club - a social club for adults with learning disabilities serving SW Hampshire and SE Dorset.

The enthusiasm was infectious with even some of us up on our feet for the final number, the Beee Gee’s ‘Stayin Alive’.

The show was entirely funded by our club – one of President Phillip’s nominated charities for the year.

Brockenhurst College students filmed the show and the preparations during the preceding months and a mini documentary is to be shown at the Rotary GB&I National Conference in October at Eastleigh." 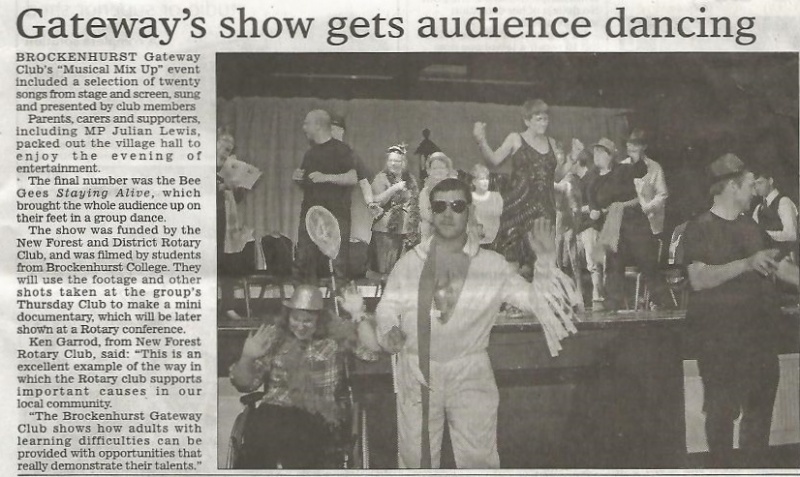