New Boys/Girls toilet facilities with links to the local water supply, with health & hygiene, privacy and comfort benefits at the school. 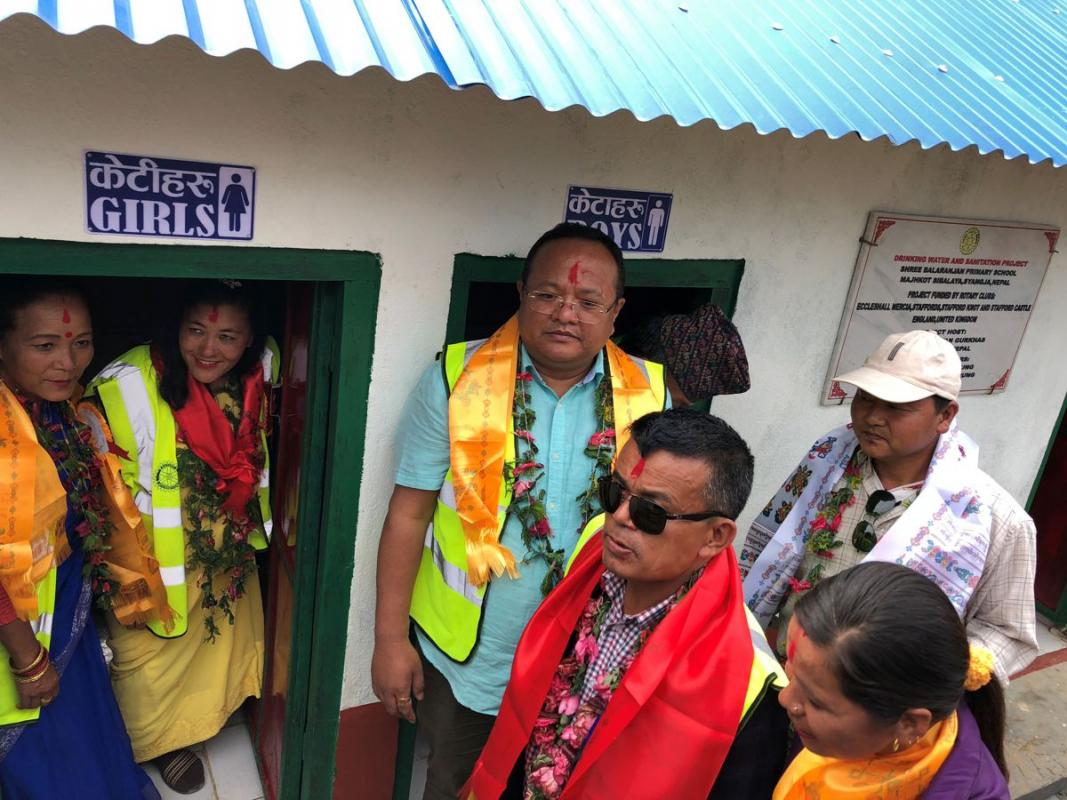 We're pleased to report that this project is now complete and the new facilities are reported to be a 'resounding success' at the school.

This project for the Primary School, Majhkot, Syangja, Nepal will replace the very basic facilities used by children at this remote school by the construction of boys and girls toilets and hand washing facilities.  The toilets will be linked with the local water source and installation of storage tank on top of the toilet roof is also planned. 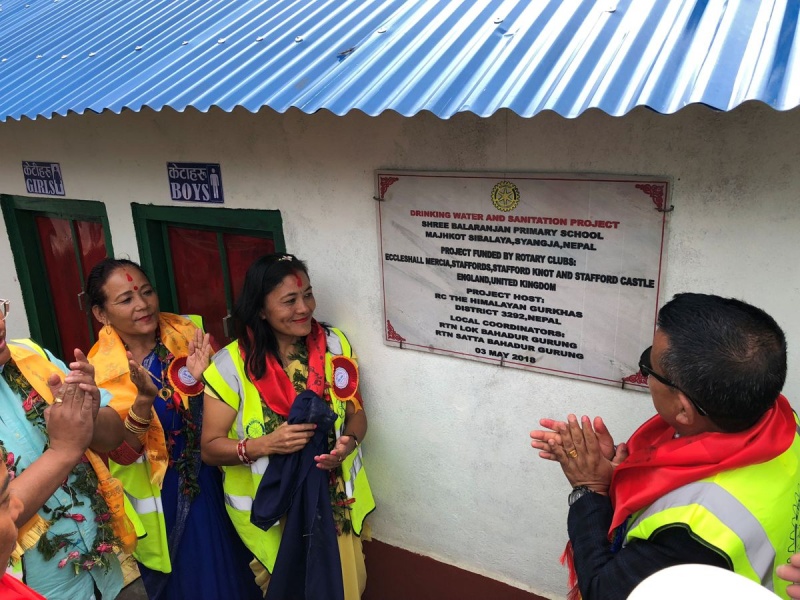 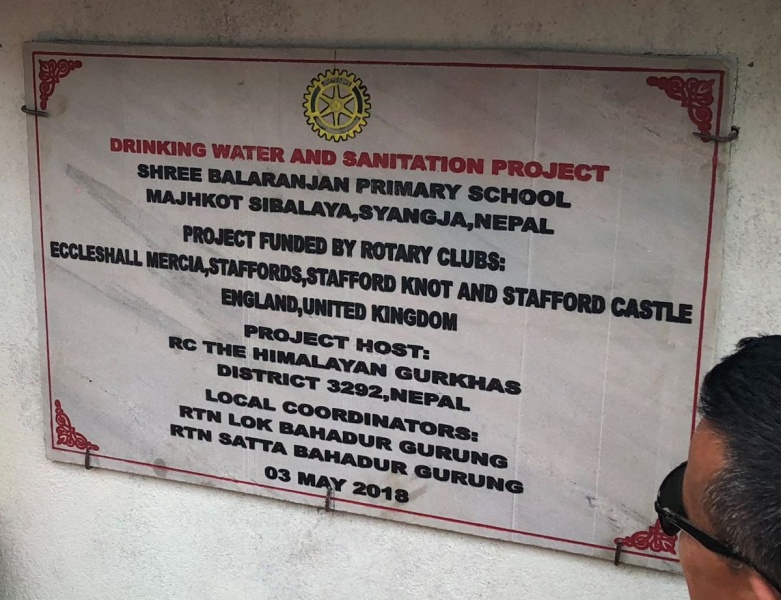 The project also includes provision to fence off an area of play area to remove a safety concern for the children.

This is a joint project involving the following 4 local Rotary Clubs:

The Rotary International Charity has also been requested to make a contribution which may amount to 50% of the total cost amounting to 670,000 Nepali Rupees or £4,400. The Majhkot Sibalaya Village Development Committee will make a contribution of 86,000 N. Rupees

The project is in response to a request from the Rotary Club of The Himalayan Gurkhas based in Kathmandu, Nepal who have worked with other Rotary Clubs in the UK in promoting projects in a variety of areas of Nepal over a number of years.  Many of the projects have an emphasis on improving the education and educational facilities in schools in Nepal.   Parts of Nepal including the capital city of Kathmandu remain badly affected by the devastating earthquake in April 2015 which has had a disastrous effect on the economy of Nepal.

The school caters for 70 students of ages 4 to 7 years and includes a child care centre. There are 6 teaching staff and one helper.

Application is also planned for matching grant funding from the Rotary International Foundation Trust towards the total cost.

It is anticipated that funds raised locally will be matched by funds from the Rotary Foundation Trust which supports many projects promoting better health and sustainable reductions in poverty worldwide. 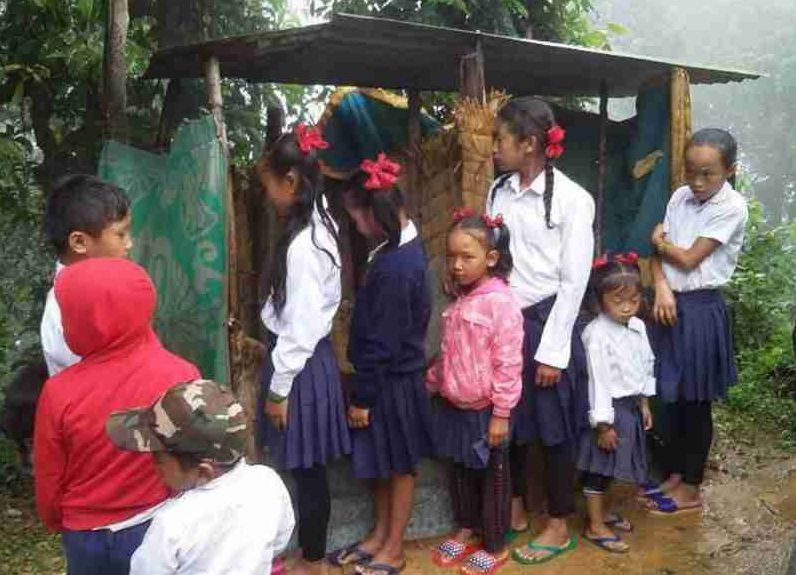 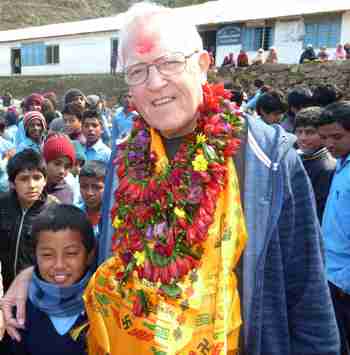 The Rotary Club Of The Himalayan Gurkhas which includes retired Gukha officers, educationalists and businessmen is well known to Rotarians in this country  (Stafford Rotary Club have previously funded a project through RCoHG) and to Eccleshall Mercia Rotary Club President John Ogbourne who visited Nepal in 2011 and 2014 working in schools in the same area of Syangja to train teachers in schools to use computer facilties and software programs provided by Harrogate Brigantes Rotary Club in North Yorkshire jointly with the Rotary Foundation Trust.  John Ogbourne says "Living and working with Nepali people in these remote deprived areas of Nepal has been a very moving experience.  I know how very grateful the people there will be for what we are able to provide"

Donations to this project may be made at https://mydonate.bt.com/events/nepalschool/431903

One of the fundraisers for this event is to be a Gurkha Meal prepared by the 248 Queen's Royal Gurkha Signal Squadron based in Stafford to take place on 30th April 2017 at Colton Village Hall, Near Stafford. The intention is to link 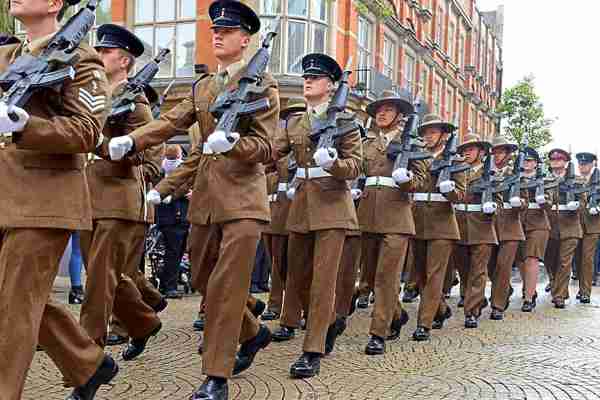 fundraising for this project to the celebrations in 2017 of the 10th anniversary of the reformation of the 22 Signals Regiment, during which Gurkhas who form part of this Regiment will march through Stafford, exercising their 'Freedom of the Borough of Stafford'  granted in 2007.

It is planned to raise the necessary funds in the firagest half of 2017 with the project work going ahead in the 2nd half of 2017.

Fundraising Gurkha Meal
On 30th April 2017 a meal is to be provided by 248 Queen's Royal Gurkha Signal Squadron, based at MOD Stafford. The meal will be held at the Colton Village Hall, WS15 3LN near Stafford. A talk about the Gurkha Soldiers and community is included in the program together with provide dancers and pipers.  The Gurkhas celebrated 200 years of service to the British Army in 2016.

Tickets for this event are available from Eccleshall Mercia Rotary Club of from the 3 Stafford Rotary Clubs mentioned above.