Captain Phillip (later Admiral Phillip) founded the settlement of Sydney and was later appointed first Governor of New South Wales. Our ceremony was at Goose Green, Lyndhurst. The blue plaque was donated by New Forest Rotary Club. Event details below 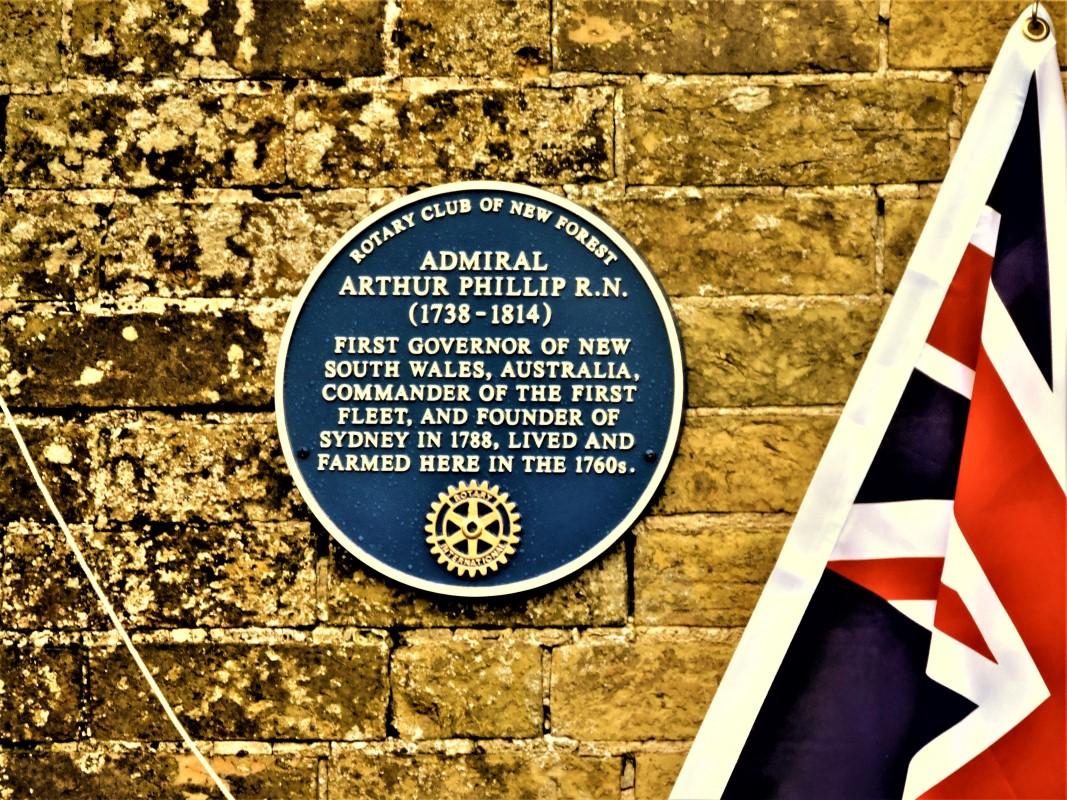 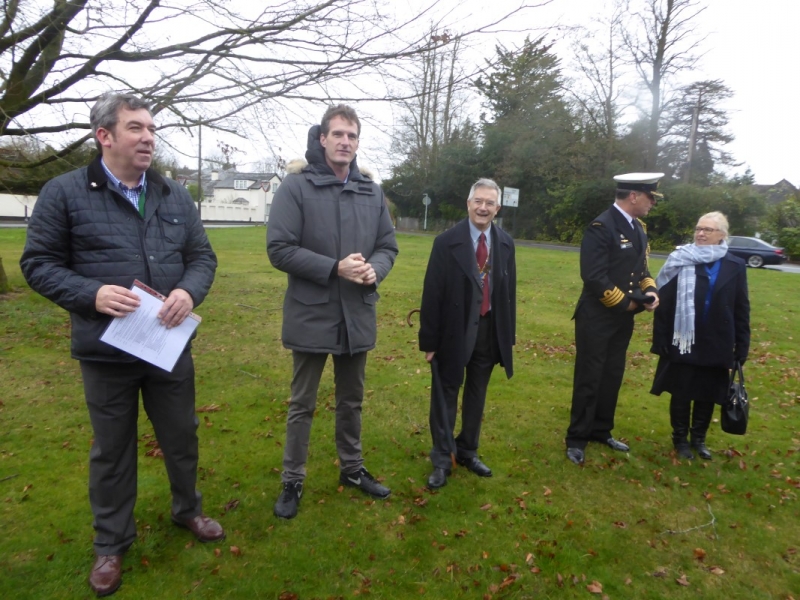 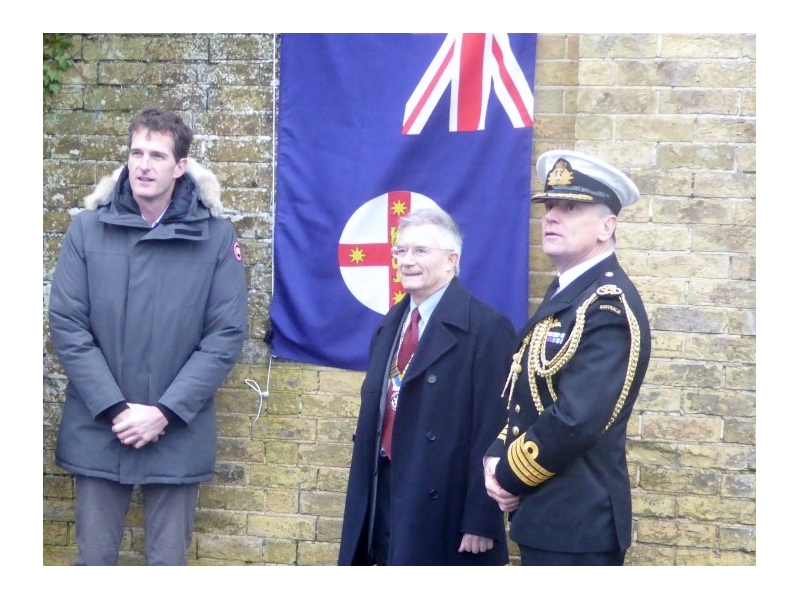 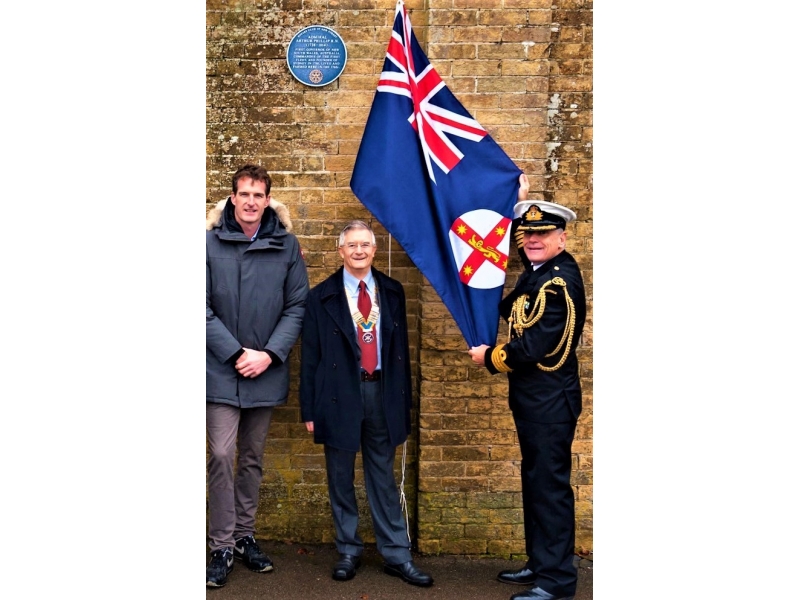 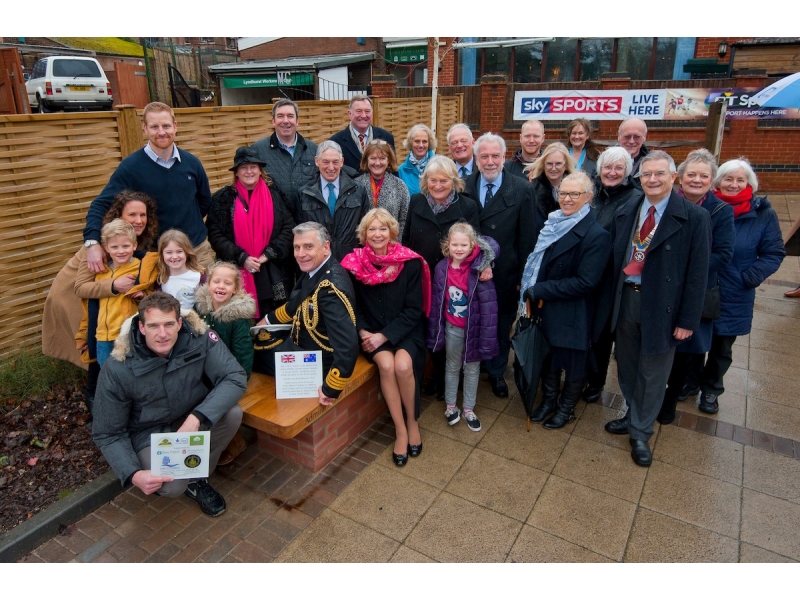 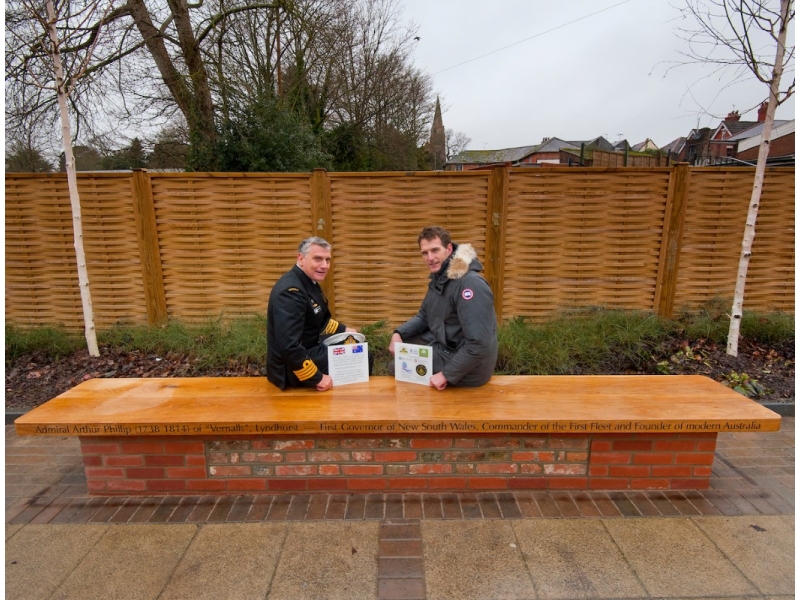 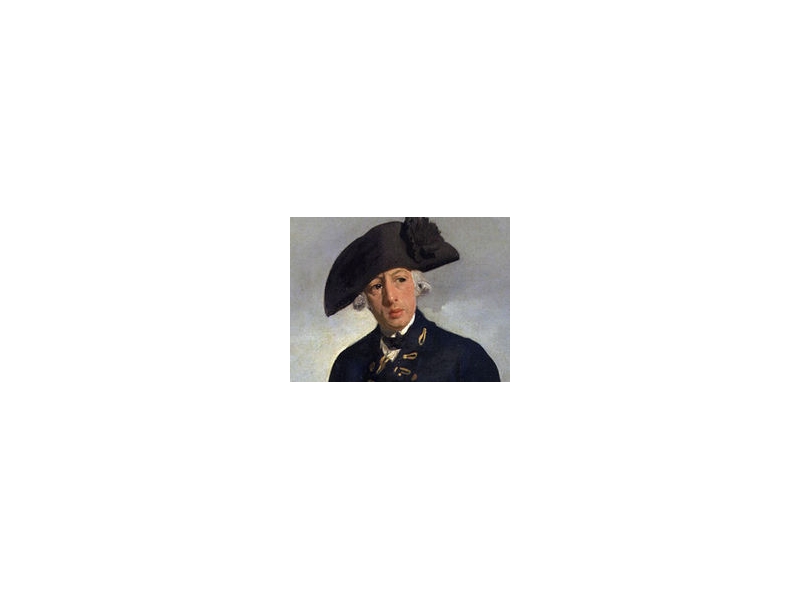 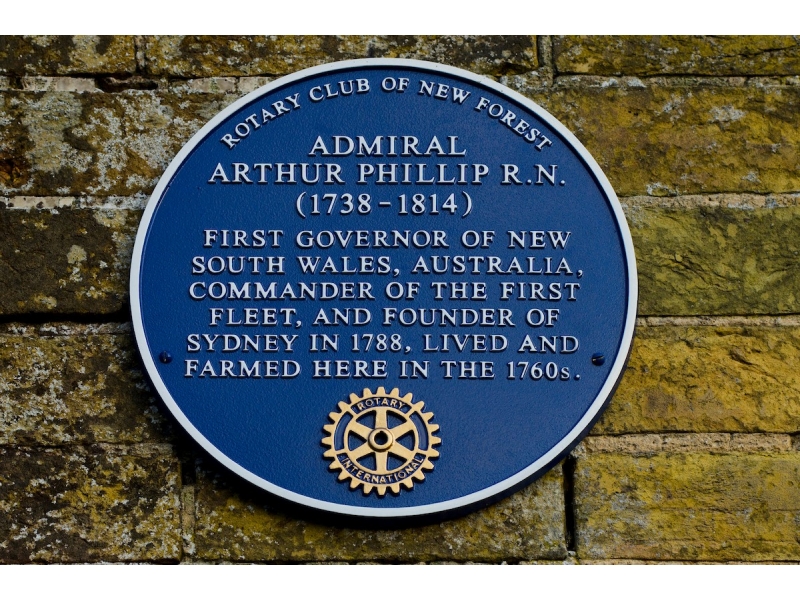 At 12.15 pm at Goose Green, Lyndhurst. Mark Rolle, Lyndhurst Parish Council,  hosted New Forest Rotary's President Philip Dinn, Dan Snow the TV presenter and historian, Captain Shane Craig R.A.N., Naval  Attaché at the  Australian High Commission and a number of local representatives , to witness the unveiling of the blue plaque which commemorates Captain Philip's residence in Lyndhurst. President Philip Dinn spoke of the Rotary International involvement and how marking historical events can be of such significance to present day communities.  He linked this in with the expressed appreciation and best wishes that had been received from the Rotary Club of Sydney Cove. This was followed by Dan Snow who then unveiled the plaque with Captain Craig. Rotarians present were Philip and Fiona, Malcolm and Gillian, Tim and Tina, Eddie and Penny, Patrick and Judy, Arthur and Doreen, John R and Pat Porter.  The party then went to the unveiling of a magnificent commemorative bench in Lyndhurst main car park, near the New Forest Museum. Afterwards there was a reception and buffet lunch in the Museum building for invited guests, which includes the Rotarians who attended