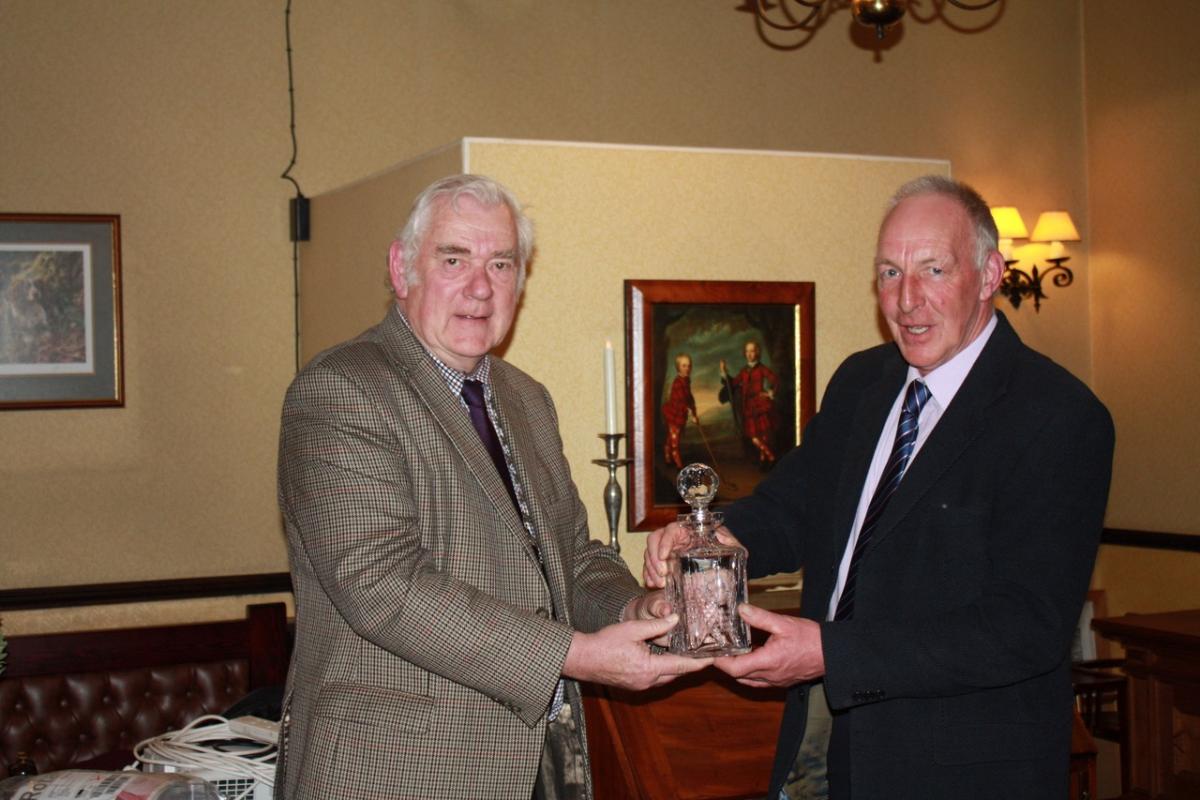 At a special meeting of Thornhill and District Rotary Club held recently at the Thornhill Inn an award was given to John Maxwell for his service to the community. John has been involved with the local scout troop since 1980. In that time he has built a strong pack that has benefited from his enthusiasm and particular philosophy, which has been to constantly challenge the lads.

President Andy MacKay, recognising the good works of people within the club’s district, said: “One of the aims of our club is to raise money and distribute this among local charities for the benefit of people in our area. We also appreciate the good work of others, non-Rotarians, such as John Maxwell, who has for the past 26 years been scout leader to the 14th Dumfriesshire (Morton) troop. John has fulfilled this job with exemplary guidance and has helped his scouts cultivate leadership, discipline and common sense.”

In accepting the engraved lead crystal decanter and exclusive whisky produced by the local Creative Whisky Company, John said: “I did not imagine that I would be here 26 years later still leading the scouts. It is a journey that I have enjoyed but along the way I’ve had great help from James Edgar. Our troop is special and over the years I believe we have had a lot of fun together and that the scouts have happy memories.”

The Thornhill and District Rotary Club’s service to community award has been an infrequent event but it is hoped that in the future it will become a more regular occurrence. 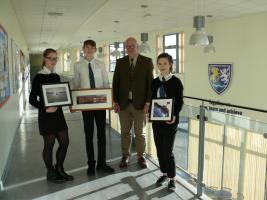 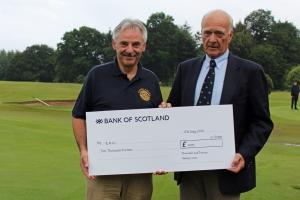 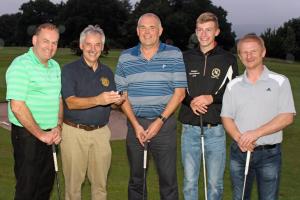 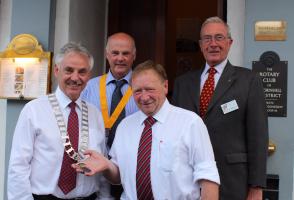